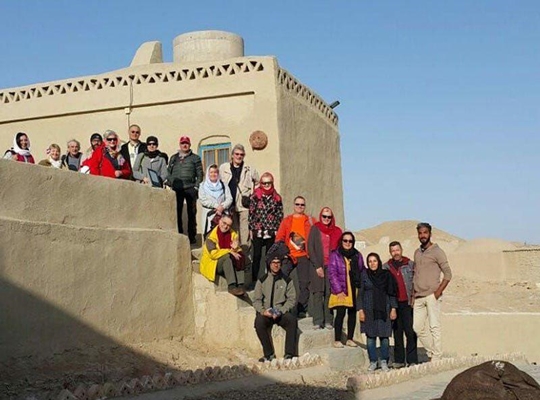 A group of Austrian tourists have arrived in Iran’s Sistan and Baluchestan to visit the historic and cultural attractions of the southeastern province, which is known as a deprived region but is home to a wide range of intact beauties.

Assistant Director of Cultural Heritage, Handicrafts and Tourism Department of Sistan and Baluchestan Mojtaba Mirhosseini said these tourists will visit Hamun lake (in north of the province) and also Makran beaches in the south.

He noted that these foreign tourists are in Sistan and Baluchestan to get familiar with the historical and cultural capacities of the province, the customs and traditions of the people, the handicrafts and lifestyle of the villagers, local music and natural attractions, and, most importantly, the people of the province.

“Austrian tourists will stay for eight days at local traditional inns. Even in some areas where there is no accommodation facility, they may set up a camp.”

“The visit of foreign tourists represents the stability and security in the province and proves that the efforts made by the government and the people to make Sistan and Baluchestan the tourism destination of domestic and foreign tourists have borne fruit.”

The active participation of the people, the activities of the local communities and the private sector in the field of tourism have led to the introduction of the security and capabilities of the province to the people of other countries, stressed Mirhosseini.

The popularisation of tourism in this province has been the cause of the sustainability of this industry, he noted.

He also stressed that even the recent terrorist attacks could not prevent the development of tourism in this region of Iran, IRNA quoted him as saying.

It is known as the paradise of archaeologists and the new destination of domestic and foreign tourists.