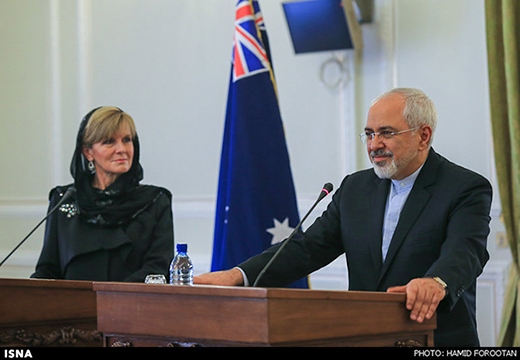 A photo gallery of a meeting between top diplomats of Iran and Australia in Tehran.

The following are snapshots of her meeting with Zarif followed by a joint press conference released by the Iranian Students’ News Agency on April 18: