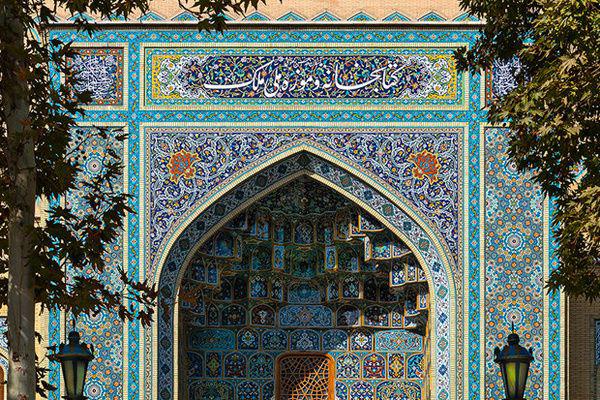 The Australian Ambassador to Iran has called on all Australian tourists travelling to Iran to visit the Malek National Museum and Library in Tehran.

Ian Bigges, accompanied by his wife, visited the Malek Museum on Saturday.

During the visit, he pointed to the grandeur of the works kept in the museum and its great cultural legacy saying that “this collection is so impressive that I would advise all Australian tourists in Iran to see it.”

He also expressed surprise at the extensiveness and diversity of the historical treasures at the Malek National Museum and Library adding that “I did not think the National Museum of Malek is so big.”

“I only knew about its calligraphy works, but after visiting all the halls, I found a variety of Iranian treasures that are of high quality in terms of standards for the presentation and display of works,” ILNA quoted him as saying.

The Australian Ambassador also referred to the geographical location of the museum and difficulties to enter the building as it is close to the historic site of the National Garden and the neighbouring building of Iran’s Foreign Ministry.

“The location of the museum may affect the number of visitors, but the existence of this great treasure has always provided the opportunity to attract tourists.”

Malek National Library and Museum Institution located in Tehran is the first private museum of Iran and one of the six large libraries holding exquisite manuscripts.

It is one of the biggest libraries of precious manuscripts in Iran, built as a waqf or mortmain property by Hajj Hussein Agha Malek, a merchant and landlord of Iranian contemporary history, in 1937.

He built it in a traditional Persian architecture style. The Institution is located in the historical precinct of “Bagh-e Melli” that is considered the cultural-historical centre of Tehran.