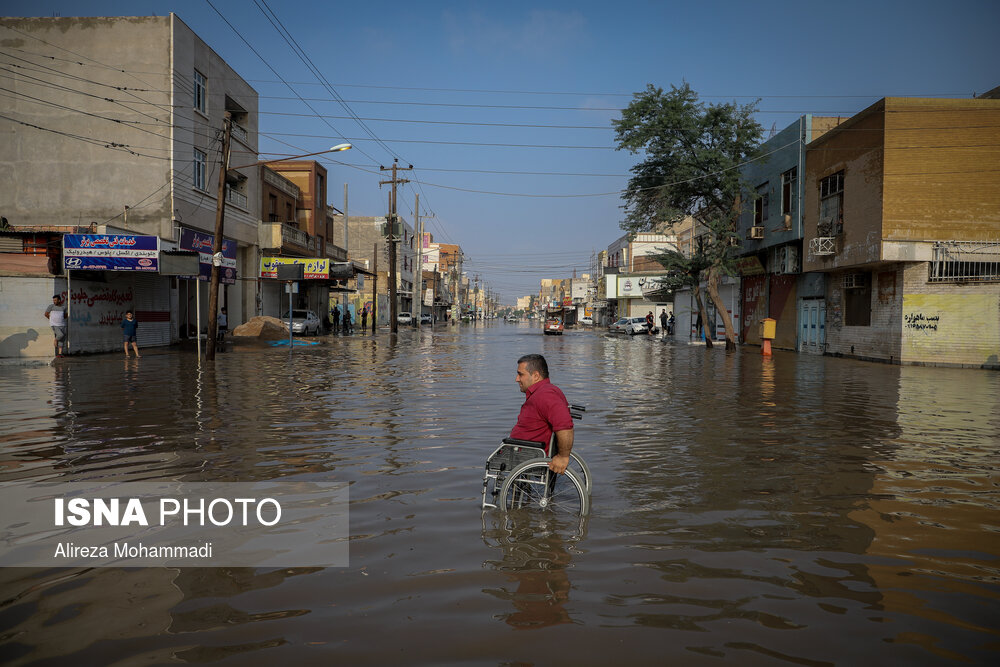 Autumn floods have caused severe damages to many urban and rural areas in several southern provinces of Iran, killing at least seven people as of Monday.

Heavy rainfalls over the past days have created flash floods and swollen rivers in seven provinces in southern Iran, claiming the lives of at least seven people in Bushehr and Hormozgan provinces.

Head of the Red Crescent Society of Iran in the coastal province of Bushehr said the body of a 35-year-old woman was found in Borazjan on Sunday after she was drowned in Dashtestan county.

Landslide in the same province has killed another woman in a village.

According to local officials, five people from two families have lost their lives in a region at the common border of the southern provinces of Hormozgan and Fars in serious flooding.

The five victims were in a pickup and a sedan when their vehicles got stuck in a local road.

The Iranian Red Crescent Society and other organizations are carrying out rescue and relief operations in the flood-hit provinces.

Heavy rainfalls have forced the authorities in a number of towns to order the evacuation of people to makeshift shelters.