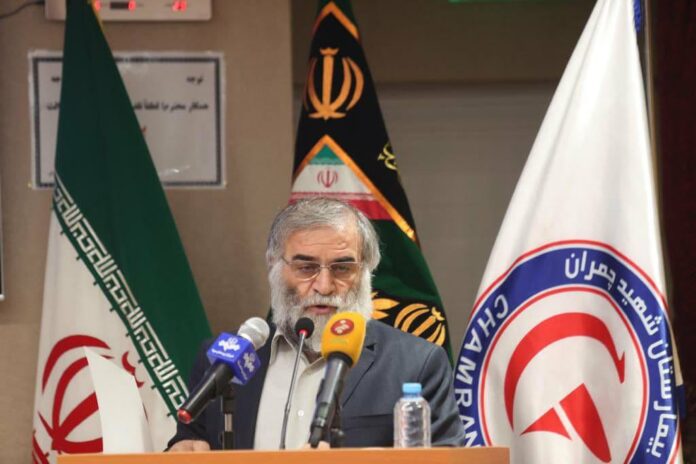 President Hassan Rouhani has denounced the cowardly move to assassinate top Iranian scientist Mohsen Fakhrizadeh as a sign of the enemies’ frustration in the face of the Islamic Republic’s scientific advances and capabilities.

In a message released on Saturday, President Rouhani paid tribute to Iranian scientist Mohsen Fakhrizadeh, who was assassinated in a small city near Tehran on Friday afternoon, offering condolences to the late figure’s family, the Iranian scientific society, and the revolutionary Iranian people.

The president said the martyrdom of another Iranian fellow at the “dirty hands of the global arrogance, with the usurper Zionist regime working as its mercenary” made the Iranian nation mourn the loss of a diligent scientist.

“Such terrorist and cowardly incident undoubtedly results from the frustration and inability of the Iranian nation’s sworn enemies in the face of the great Iranian nation’s scientific progress, glories, and capabilities, and from their (enemies’) successive defeats in the region and in other political arenas in the world,” the president added, saying such crime laid bare the depth of the enemies’ viciousness and hostility, just like their other inhumane measures.

President Rouhani then made it clear to the enemies that martyrdom of characters like Fakhrizadeh will not only not disrupt the Iranian scientists’ determination to press on with the rapid scientific progress and winning more glories, but also strengthens their resolve to stick to the path of the late martyr.
The president finally gave an assurance that the Defense Ministry will make up for the loss of the great scientist with increased efforts and altruism and by taking advantage of the late figure’s colleagues and students.

Fakhrizadeh was assassinated by unknown gunmen in a small city east of Tehran on Friday evening.