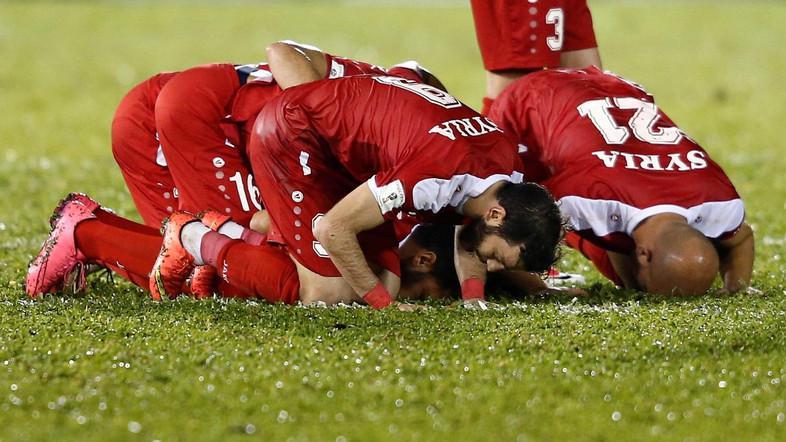 The Syrian national football team, composed of both pro- and anti-government players, managed to gain a draw against Iran and advance to the next round of FIFA World Cup qualifications in Asia. 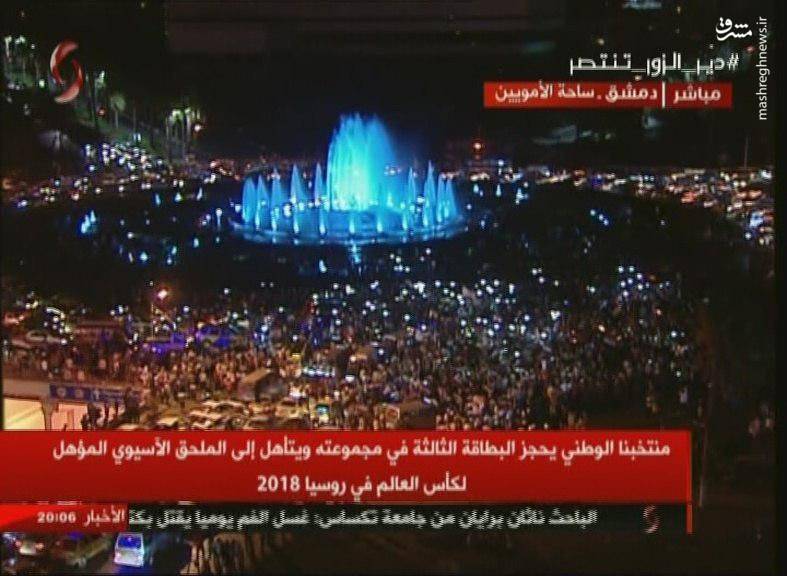 The qualifier between Iran and Syria kicked off on Tuesday in Tehran, with only 13 minutes passing before Syria’s Tamer Haj Mohammad scored his side’s first goal, ending Iran’s 12-match clean sheet record.

Azmoun scored a second at the 66th minute to give the Iranians the lead at 2-1.

Syrians, who were losing their chance of booking a place in the 2018 FIFA World Cup in Russia, got involved in fights and quarrels with Iranian players, but the referee did not let the fights get more violent.

Somah finally scored a last minute equalizer, ending the game at 2 – 2. This leaves the Syrians playing in the 4th round of the qualifiers, which is two wounds of play-off against either Australia or Saudi Arabia. The winner of the play-off match will have to face an opponent from the North America to win a place in Russia World Cup.

Before the match, Iranian national team coach Carlos Queiroz had stressed that his team will not ease up against Syria despite having already qualified for a fifth World Cup appearance.

“To think that these players are going to make it easy against Syria is to not know them, their professionalism, character, and pride serving the Iranian nation,” said Queiroz.

The two teams drew in November last year in a match that raised many questions. The game, which was played on a subpar swampy pitch in Malaysia, was harshly criticized by the Iranian side who said the Syrians did not observe the fair play rules.

A win away to Iran on Tuesday coupled with defeat or draw for South Korea by Uzbekistan in the final round could give Syria second spot and direct entry to the finals next year.

However, South Korea and Uzbekistan shared the points in Tashkent, a result that sent the Koreans directly to the World Cup, and ending the hopes of Uzbekistan. Syria have overcome more than six years of civil war and internal political rifts to raise hopes of qualifying for their first ever World Cup.

During the Tuesday match against Iran, several anti-government players including Somah and Firas Al Khatib fought for their country along with other players who might or might not support Syrian President Bashar al-Assad’s government.

Considered by many as the finest footballer the country ever produced, Al Khatib had been frozen out of the national side since 2012 for political reasons.

However, the Syrian government, which is accused of being intolerant of its dissidents, gave the green light to the Syrian coach Ayman Al Hakim earlier this year and he added the 33-year-old al-Khatib to his list.

Asian football is no stranger to war-affected nations making a big impact. Iraq won their first Asian Cup in 2007, at the height of the insurgency triggered by the United States-led coalition invasion in 2003.