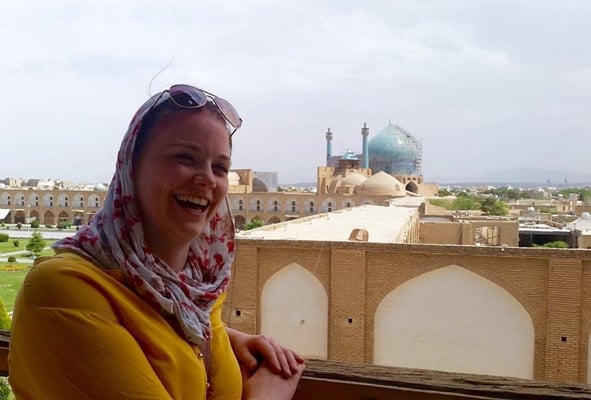 Jonathan Betkolia, the representative of the Assyrian community at the Iranian Parliament, has urged media to introduce Iran to foreign visitors very well, saying foreign tourists are the best promoters of tourism in Iran as they let their friends and compatriots know more about the country.

“Embassies and mass media should show the real picture of Iran to foreign visitors and, in addition to introducing tourist attractions, inform the whole world [through foreign tourists] about the country’s security and tranquility,” said the lawmaker, who is also a member of Parliament’s Cultural Heritage and Tourism Commission.

Speaking in an interview with IRNA, he also touched upon the diversity of ethnic groups and religions in Iran.

“Iran has diverse cultural and historical attractions for foreign tourists, and the existence of numerous historical and religious sites is one of the advantages of the country’s tourism sector,” the MP noted.

“As a religious site, the Vatican hosts 30 to 40 million visitors annually, and Iran, too, has thousands of invaluable historical and religious monuments which should be introduced to tourists on the international stage,” said the legislator.

He highlighted the need to use the power of the media to promote the country’s tourist attractions. He further highlighted that the productions of certain multilingual and visual media outlets play an effective role in that regard.

“Unlike the negative propaganda by foreign media outlets, the Islamic headscarf is no impediment to the attraction of foreign tourists; rather, the thing that has had a negative impact on the attraction of tourists is efforts to paint a negative picture of Iran and create the impression that there is no enough security in the country,” Betkolia said.

He said there are 1.5 billion Muslims in the world, the majority of whom wear the Islamic headscarf.

“How many of these Muslims have we been able to attract as tourists?” he asked.

So, he added, the claim that some foreign tourists are reluctant to visit Iran because they have to wear the headscarf is “just a pretext.”

He underscored that security is a prerequisite for absorbing tourists.

“A tourist who visits the country should enjoy full security and be confident that he/she will face no problems in his/her tourist destination,” he said.

Unfortunately, he said, tourists are sometimes robbed and disrespected in small towns.

“Such moves will produce an unpleasant reflection at the global level and in the tourism industry, and such move must be stopped,” the legislator said.

When tourists see good and appropriate behaviour at the entry points on the country’s borders, or when they are respected, they will turn into couriers who will promote the rich Iranian culture, and this very direct promotion [of the Iranian culture] will further boost the country’s tourism industry,” the MP noted.

“Many countries such as Turkey have tourism revenues higher than oil earnings, simply by creating more facilities for tourists of every ethnicity, race and religion,” he said.

Another reason behind the underdevelopment of Iran’s tourism industry is a lack of proper infrastructure, he noted.

“The necessary facilities and infrastructure have been provided in addition to some attractions to develop the tourism industry,” the lawmaker said.

He said the private sector plays an effective role in promoting tourism.

“The tourism industry, which enjoys a high turnover and creates many jobs, can be expanded through investment by the private sector,” he said.

“By having unique historical and religious attractions such as world-famous ancient churches, Iran enjoys excellent capacity to attract foreign tourists,” he said.

He then stressed the need to establish the Tourism Ministry.

“The outlines of establishing this ministry have been approved with the aim of attracting tourists,” the lawmaker said.

In today’s world, the development of the tourism industry is one of the key factors that governments should pay attention to, in order to secure economic progress. The tourism industry needs to be viewed from a new perspective, so that it could be overhauled to put the country on the path to progress and delineate a bright outlook for the tourism sector.