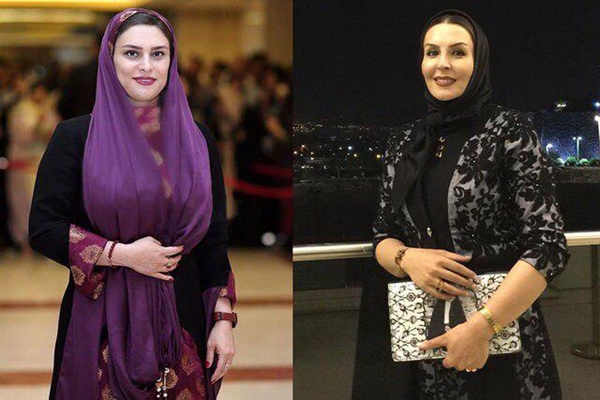 Two Iranian actresses have joined a campaign against consumerism by altering their old clothes, calling on other artists and their followers to get on board as well.

Hana Kamkar and Azita Torkashvand made alterations to their old clothes and attended the Hafez Awards to promote the campaign as a social and cultural move.

The campaign draws attention to the fact that many environmental resources go to waste every year as they are used to produce clothes that are worn just once or twice. Accordingly, the campaign invites artists along with the general public to join this social-cultural move and say “No” to consumerism.

Neda Sormeh is the person who re-designed the clothes of these two actresses.

“Based on the promise that I gave in the 2018 Fashion and Clothes Festival, I launched a campaign to remind people of, and reconstruct this lovely science, which has existed in our culture since long ago,” said Sormeh.

“For this year’s Hafez festival, I invited Azita Torkashvand and Hana Kamkar to join us as the first people to get on board, and to wear outfits which they no longer used and which were redesigned by our team,” she added.

The “Fashion or Consumerism” campaign is now up and running. Artists have been invited to join the campaign to help protect the environment and do away with consumerism.

Similar campaigns have already been launched around the world. High-profile figures such as Michelle Obama (former US President Barack Obama’s wife) and Kate Middleton (the British crown prince’s wife) have, in symbolic moves, put on their old clothes in red-carpet ceremonies and international events such as the Oscars and the Cannes Film Festival to express their protest at consumerism.