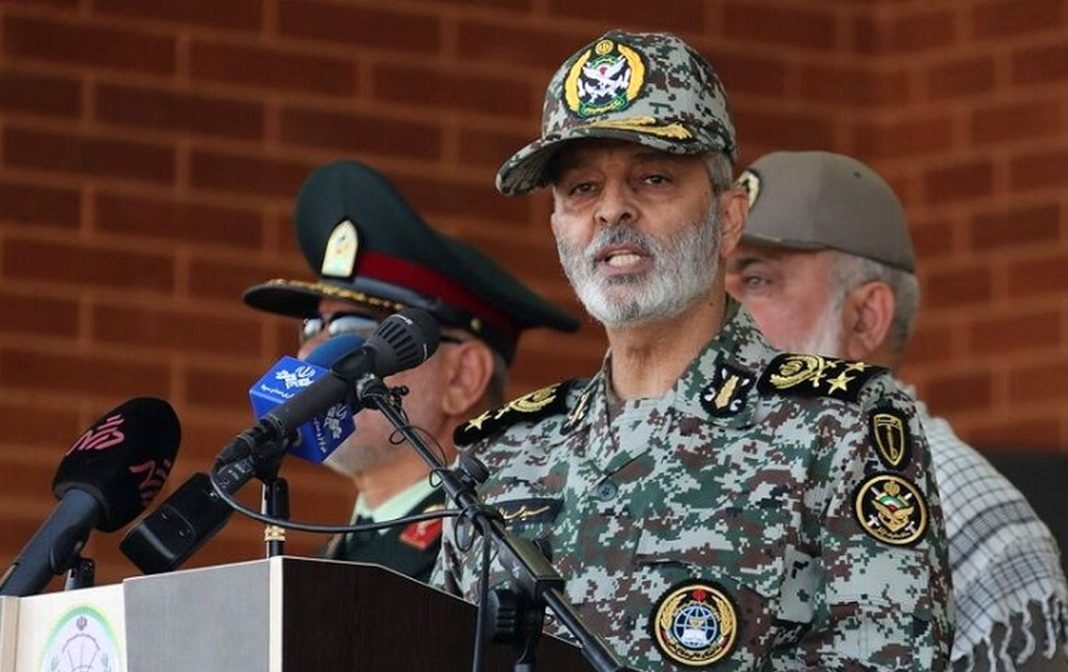 The commander of the Iranian Army says no foreign entity will be allowed to commit an act of aggression against the country or interfere in its affairs.

“The Armed Forces support each other and stand at the forefront to safeguard the country’s security and counter threats,” said Major General Abdorahim Mousavi.

He said the enemy has, at any point in time, launched a large-scale campaign to put the brakes on the nation’s move toward a new Islamic civilization.

The top general noted that the enemies’ key strategy is to spread despair, shatter the resistance of the Iranian nation, disrupt security and impede Iran’s progress.

“However, prudent Iranian people know what the enemy is up to, and keeps moving ahead firmly … despite all enmities,” he said.

“Of course, the body of this brave nation has sustained some injuries, but those wounds will heal, and all these evil deeds will be added to the black track record of the criminal US

and the childe-killing Israeli regime,” General Mousavi explained.
“A day will come when we will settle accounts all at once,” said the senior commander.