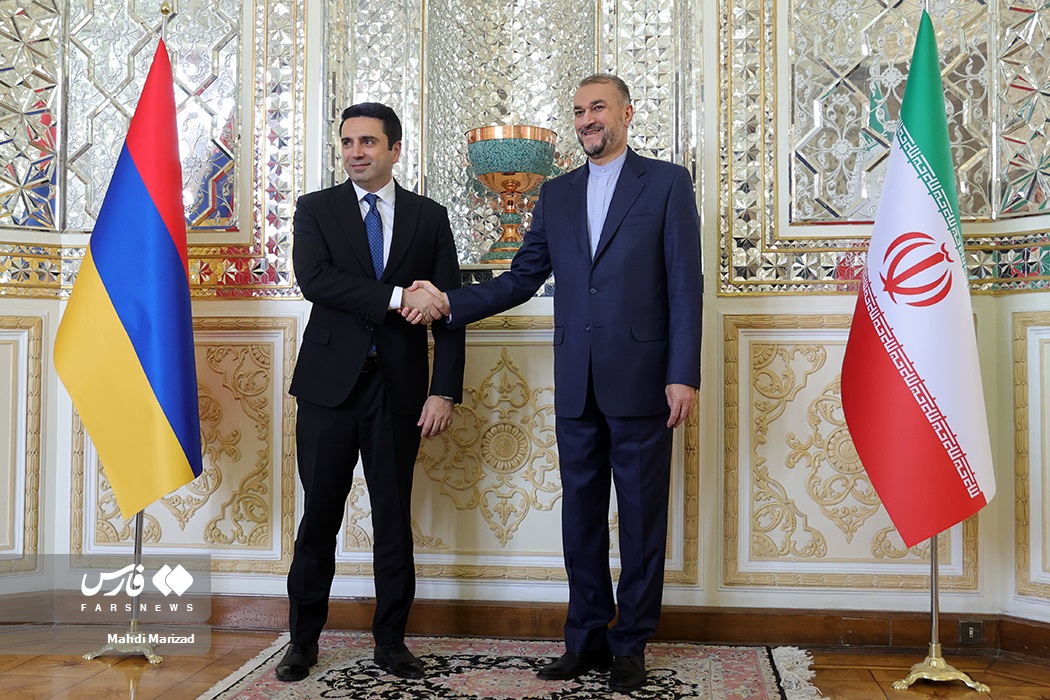 The President of the National Assembly of Armenia, has called on Iran to help conclude a peace treaty between Armenia and the Republic of Azerbaijan.

Alen Simonyan raised the issue in a meeting with Iranian Foreign Minister Hossein Amirabdollahian in Tehran on Thursday.

Simonyan said the Republic of Armenia attaches special importance to the Islamic Republic of Iran’s position as an effective and influential country in the region.

Simonyan said his country has no restrictions in the expansion of ties with the Islamic Republic of Iran.

Amirabdollahian also stated that establishing peace and calm in the Caucasus is one of the priorities of the Islamic Republic of Iran and in this regard, as in the past, it will not hesitate to provide assistance and is ready to use all its capacities to resolve the disputes between Armenia and the Republic of Azerbaijan.

He referred to Iran’s principled position to support the territorial integrity of the region and stressed the unchangeability of international borders and the need to respect the sovereignty of the regional countries.

The Iranian foreign minister called Armenia “an important friend and neighbor of the Islamic Republic of Iran”.

He expressed the Islamic Republic of Iran’s readiness to increase trade volume with Armenia to $1 billion a year. He also said Iranian companies are ready to complete Armenian infrastructure projects, especially in the field of transportation.