Arba’een to be registered as UNESCO intangible heritage 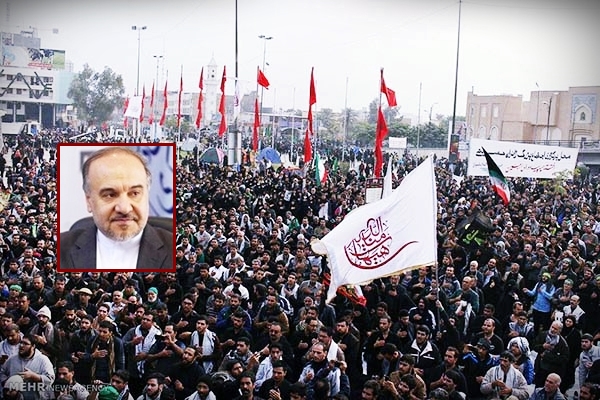 The ICHHTO chief has said that registration of Arba’een at UNESCO as an intangible cultural heritage helps protect and pass on the ritual and its spiritual values to future generations.

The mourning ceremony of Arba’een, which marks the 40th day after the martyrdom anniversary of Imam Hossein, will be jointly registered by Iran and Iraq on the United Nations Educational, Scientific and Cultural Organization (UNESCO) intangible cultural heritage list.

Vice-President and Head of Iran’s Cultural Heritage, Handicrafts, and Tourism Organization (ICHHTO) Masoud Soltanifar made the remark on Sunday and added that Arba’een is [one of] the largest congregation of Muslims in Karbala, a key pilgrimage site in the world.

Shafaqna Shia News Association on November 29 published Soltanifar’s remarks on Arba’een and its registration as UNESCO heritage. The following is the translation of part of his remarks:

Soltanifar said thanks to the diversity of Arba’een’s traditions, a high value has been placed on the ritual throughout history.

Muslims turn out in their millions for the religious ceremony and their presence has turned into a massive and glorious congregation of the followers of the third Shiite Imam among Muslims and freedom seekers, he added.

The ICHHTO chief went on to say that the registration of the Muslim festival at UNESCO helps protect and pass on the ritual and its spiritual values to future generations.

[Each year, mourning Shiites from different countries, mainly from Iran, march an 83 kilometer long route from Najaf to Karbala to attend the ritual ceremony.]