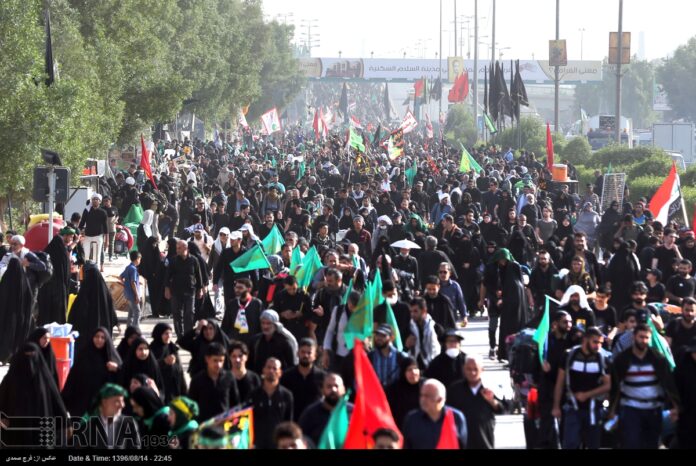 Iran’s First Vice-President Eshaq Jahangiri has acclaimed the large congregation of pilgrims performing rituals in Iraq during Arba’een in commemoration of Imam Hussein (PBUH) as a manifestation of unity among lovers of justice and freedom, regardless of their religious or ethnic differences.

In an address to the closing ceremony of a conference on Arba’een held in Tehran on Tuesday, Jahangiri said the martyrdom of Imam Hussein (PBUH) and his companions on the day of Ashura carried the message of advocating justice and freedom, religious reform, and uprising against cruelty and tyranny.

He also noted that Arba’een mourning ceremony, which falls forty days after Ashura, is a great effort to convey those messages and moral values to future generations.

The vice president said the Arba’een procession is such a miraculous event that has created unbreakable bonds between Iran and Iraq, the two countries that fought a full-blown war with each other for eight years in the 1980s.

After the fall of Iraqi dictator Saddam Hussein, the ties between the two neighbors improved so rapidly that people of Iraq are impatient to host millions of Iranian pilgrims during Arba’een season, he added.

Jahangiri also highlighted the presence of people from all walks of life in the Arba’een procession, saying different people from around the world flock to Iraq to spread the message of unity in spite of their ethnic and religious differences.

What has kept the Arba’een alive and has turned it into a major social custom is the element of enlightenment in this religious rite, the vice president noted, stressing that such a huge movement must be presented to the world with the works of art.

“The committed artists must try to display a real image of the philosophy of the Arba’een procession to the world,” Jahangiri concluded, stressing that the media could be a loud voice for the promotion of Islam, love for peace and justice, devotion, resistance and freedom-seeking.

Each year, a huge crowd of people, even non-Muslims, attend the commemoration of Arba’een, marking the 40th day after the martyrdom anniversary of the third Shiite imam. The city of Karbala hosts the holy shrine of Imam Hussein (PBUH).

During the Arba’een event, volunteers set up thousands of congregation halls and pavilions in Najaf and Karbala and along the road between them to offer services for the travelers and pilgrims.