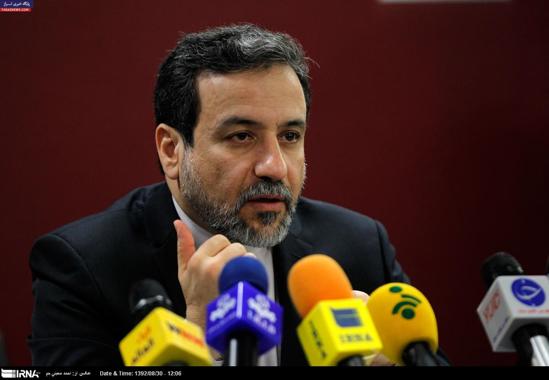 Senior Iranian nuclear negotiator Seyed Abbas Araqchi underlined Tehran's resolve to narrow down differences with the Group 5+1 (the US, Britain, France, Russia and China plus Germany), particularly with the western ones, and said several bilateral talks are scheduled to be held before the main multilateral meeting to this end.

Iranian Deputy Foreign Minister for Legal and International Affairs Seyed Abbas Araqchi said Saturday that the next round of nuclear talks will be held prior to the UN General Assembly session in September.

Araqchi noted that Iran’s Foreign Minister Mohammad Javad Zarif and EU Foreign Policy Chief Catherine Ashton along with their deputies are scheduled to discuss the latest developments regarding the nuclear talks in Brussels on September 1.

“Other bilateral meetings will also be held before the New York meeting and we are arranging the schedule and level of the discussions,” Araqchi added.

The Iranian diplomat said there will also be a meeting with US officials if necessary.

On Saturday, Iranian President Hassan Rouhani said Tehran plans to continue talks with the G5+1 very seriously until it succeeds in restoring its inalienable nuclear rights.

“We will continue our (present) path in foreign policy and will seriously continue our negotiations based on logic, our rights and international undertakings,” Rouhani said.

On July 20, the deadline for reaching a final agreement on Iran’s future nuclear activities was postponed by four months—until November 24—to give more time for diplomatic efforts.

Zarif and Ashton in a joint statement after over two weeks of talks stressed the need for more efforts and time to reach an agreement with the world powers over Tehran’s nuclear program.

The two officials who presided the negotiating sides, emphasized at the end of Iran-G5+1 negotiations that they have held different sessions in different forms and in a constructive atmosphere to reach a final comprehensive agreement.

Due to certain differences over some fundamental issues the two sides agreed to extend the Joint Plan of Action by November 24, they added.