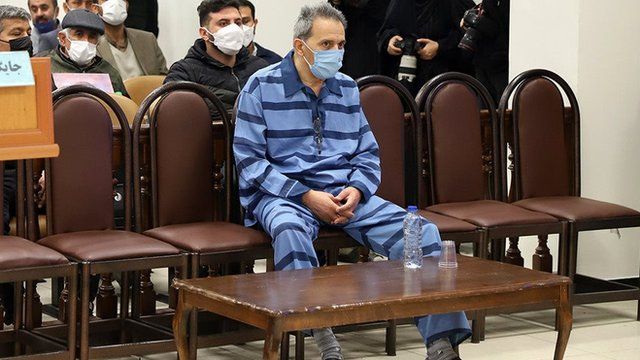 The ringleader of an anti-Iran terrorist group based in the United States has been charged with connection with the US Federal Bureau of Investigation (FBI), the Central Intelligence Agency (CIA), and the Israeli spy agency Mossad.

Prosecutors charged Jamshid Sharmahd, the leader of the terrorist group Tondar, with having been linked with the FBI, the CIA, and the Mossad, during a first court hearing in the Iranian capital, Tehran, on Sunday.

Sharmahd already faces charges of corruption on earth by plotting and leading acts of terror, including a 2008 bombing in the Iranian city of Shiraz that killed 14 people and wounded almost 300 others.

The terrorist ringleader is also accused of plotting a bombing attack on the Sivand Dam in Shiraz, among other charges. At the court hearing on Sunday, prosecutors said that he had been aiming to detonate an explosive device at either Iran’s Foreign Ministry building or China’s Embassy in Tehran as well, but those plots were foiled with his arrest.

After the deadly 2008 bombing in Shiraz, the prosecution said, US officials first established contact with Sharmahd, providing security information. His last contact with the FBI and CIA officials was in January 2020.

According to the prosecutors, Sharmahd also contacted two Mossad operatives through an intermediary, attempting to win the spy agency’s support for his plots.