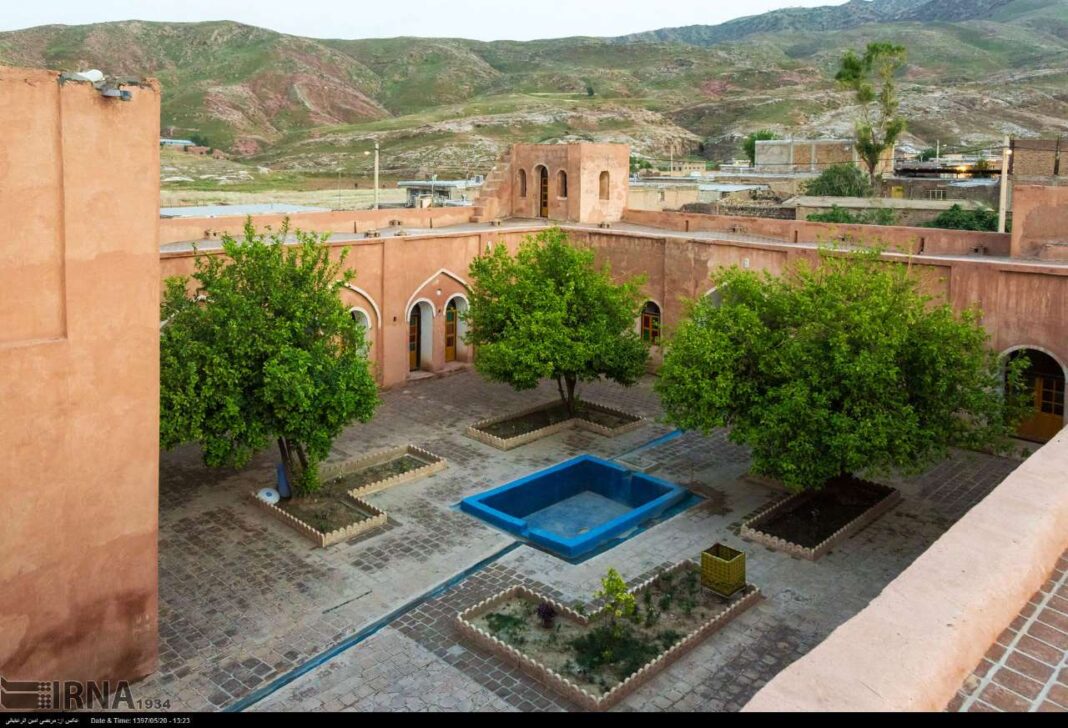 The Mirgholam Hashemi castle is one of the ancient castles located in western Iran, dating back to more than a century ago.

The castle is a historical monument built in the Qajar era.

It is located in a village in Darreh-Shahr town in Ilam province. Based on the manuscript hung at the entrance to the building, it was constructed in 1886 by then ruler Mirgholam Hashemi.

The monument was registered on Iran’s List of National Monuments in 2000.

The castle boasts the Qajar-style architecture, with four porches. Made of rocks and plaster, the building was used for both residential and military purposes at the time.

Although the monument is well over a century old, the facade of the building is robust enough thanks to its architectural style and the construction materials used in it, so much so that the outward skeleton of the monument has remained intact.

The façade of the monument has been coated with mud and plaster, and there are no empty spaces on the walls outside.

The castle has two watchtowers at its northeastern and northwestern ends. There are also three chambers for sentries, two on the western wing and one on top of the lintels at the entrances to the northern wing.

Like in other castles in Ilam, in the middle of the castle’s yard lies a square-shaped pond. Water flows into a canal branching off from a river before it passes under the wall on the castle’s southern wing and flows into the pond. The water then flows out of the pond through the northern wing.

What follows are IRNA’s photos of the castle: