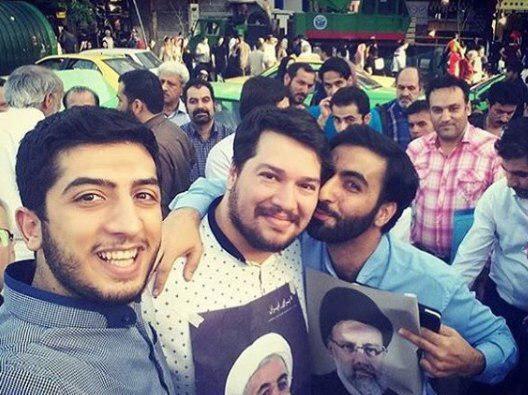 A political analyst says advocates of different political camps in Iran should set their differences aside to pave the way for the new administration to work towards boosting national development.

Political commentator Fat’hollah Amoli has, in an article published in the Persian-language Ettelaat daily, weighed in on the division created between the supporters of two key candidates in Iran’s presidential election. You will find the highlights of his article below:

The behaviour which became all the rage among different social groups, particularly some high-profile political and religious figures, during the days prior to and following Iran’s 12th presidential election, is unfortunately the order of the day now.

If the behaviour is not rectified and managed prudently, it could harm key social values and beliefs, especially religious ones. There is an unwarranted and unfounded misconception that during the recent election, the religious strata of society lost the game to the more secular groups that favour heresy as well as iconoclastic and heterodox ideas. This is a completely false idea which has no logical and reasoning basis.

Nevertheless, some people, among them those who are unknowingly playing in the enemy’s court, come up with this erroneous perception one way or another. Here, some popular, revolutionary and religious figures fall into the trap as well. So, they should remain on the watch and not play in the enemy’s court. As a case in point, when a Friday prayer leader says votes cast for such and such candidate are Halal (religiously good and acceptable), that could raise doubts that the remaining votes are problematic and dubious, and thus, not as valuable as the Halal votes!

What we should pay attention to are discussions and reasoning as such coupled with stances adopted by high-profile and popular religious, political and revolutionary figures who opt to analyze  people’s votes and, through false deductions, categorize the ballots as either belonging to the religious and revolutionary classes of society, or the non-religious laic groups.  If they keep having this mindset and continue to warn about what they call “danger,” this will, incontrovertibly, increase the chances of polarizing the society and further widen social gaps. Moreover, such an approach will sow the seeds of grudge and enmity and pit different strata of society against one another.

Gentlemen! Elections are elections. The Halal-Haram issue does not apply here because it cannot be properly monitored in this case. No one can guarantee that all votes cast for Ebrahim Raisi were valid and honest, nor can anyone raise doubts about the votes cast for Hassan Rouhani. After all, why should Friday prayer leaders and Imams, who ought to remain neutral and distance themselves from partisanship in political developments, take sides in such cases and raise doubts that part of the society is squaring off against the other part? Maybe this is not really the case, and, in fact, that’s not the case. Neither is Raisi the ultimate representative of the revolutionary and religious classes of society, nor are those who voted for Rouhani advocates of anarchism and laicism, and necessarily critical of the revolution, the establishment and religion. Such classification is basically wrong.

Why should we choose to incur huge costs, get engaged in sophistication, polarize the society and show off our intolerance by violating the rules of the game, only for the sake of a supposed win or loss in a political arena? Instead of pushing on with political wrangling, isn’t it better to keep our ignorance, which has drawn us into unfounded disputes, from making the new administration miss opportunities again, waste the next four years which should be spent on developing the country, and harm a society which is in need of efforts and hope more than ever before? Why don’t we, once and for all, put national interests and the Islamic establishment’s dignity as well as the nation’s development and progress before anything else, and come to the aid of the new administration which is set to start the new era of serving the nation? Of course, helping the new president should be coupled with constructive criticism of his performance.

To make a long story short, we should not harm the revolution, establishment and religious beliefs under the pretext of advocating religious values through wrong interpretations, performance, behavior and comments.