Amos meets with Zarif over Saudi war on Yemen 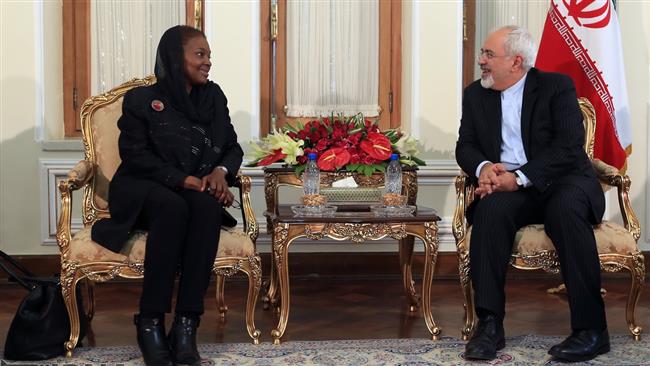 Iran says its ship carrying aid for the war-ravaged Yemenis has been dispatched under "full coordination with the UN" and would head for nearby Djibouti.

The Wednesday meeting in Tehran was also joined by other Foreign Ministry officials, including Deputy Foreign Minister for Arab and African Affairs Hossein Amir-Abdollahian.

Following the meeting, Amir-Abdollahian said Zarif and Amos discussed ways to speed up aid efforts in the impoverished country under aggression by Saudi Arabia since late March.

He added that the Iranian ship carrying aid for war-ravaged Yemenis has been dispatched under “full coordination with the UN” and would head for nearby Djibouti, where the world body has established a delivery hub.

The ship, dubbed Nejat (Rescue), is carrying 2,500 tons of basic supplies including flour, rice, medicine, and water. Several international journalists, doctors, and anti-war activists are also onboard the ship.

About 16 million of Yemen’s population of 25 million are in need of assistance and water supplies while health services are on the verge of collapse, aid organizations have warned.

According to Yemen’s Freedom House Foundation, the Saudi airstrikes have claimed the lives of some 4,000 Yemeni people and injured nearly 7,000 others so far.