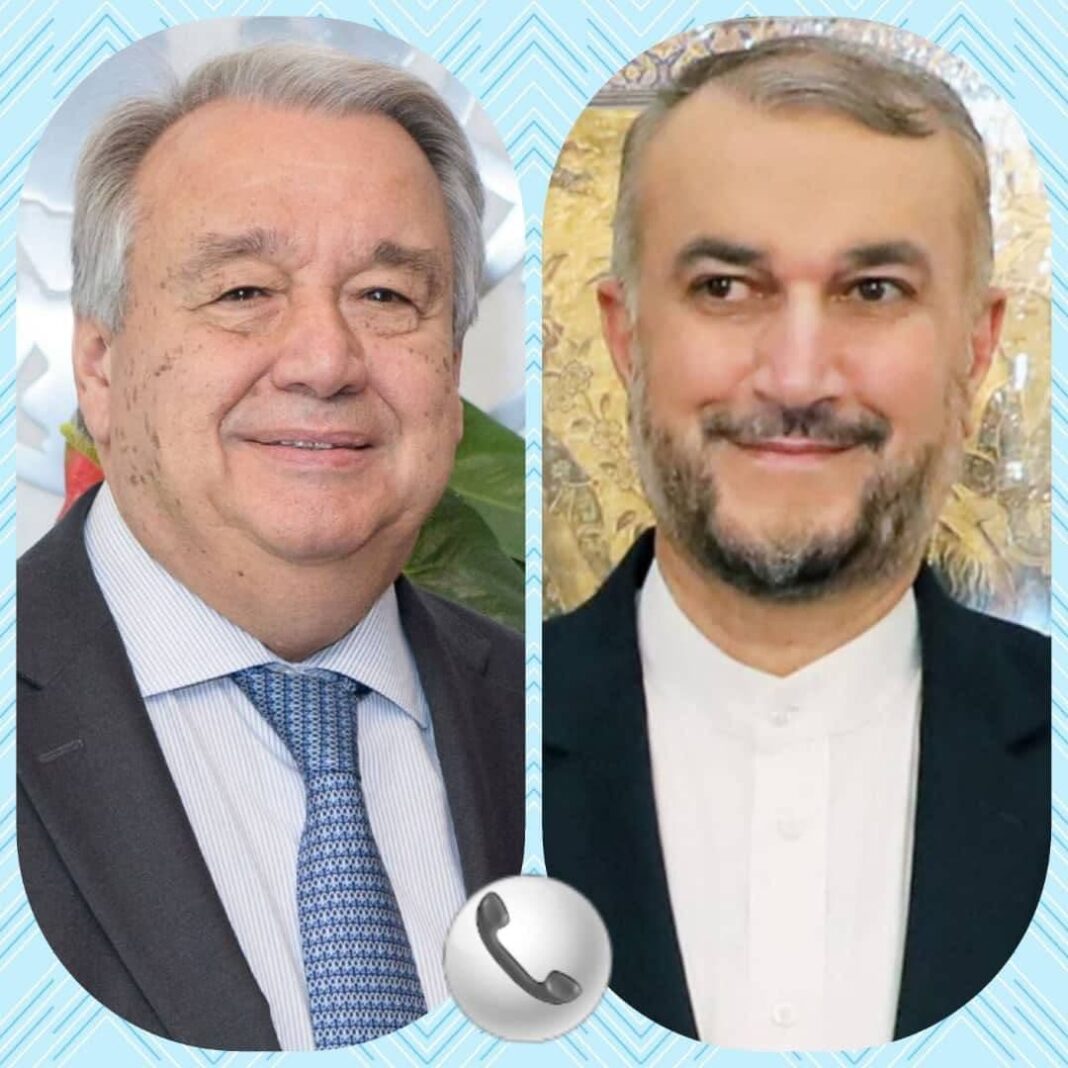 Iran’s top diplomat Hossein Amir Abdollahian has said the Islamic Republic is seeking a good deal with goodwill and active initiatives over the JCPOA but it will not tolerate the language of threat.

Amir Abdollaihan made the comment in a telephone call with UN chief Antonio Guterres. He added that threats against Iran are counterproductive.

Referring to the Vienna talks, Amir Abdollahian also said the Iranian delegation is sitting at the negotiating table with initiatives and necessary powers and is making efforts to reach a good deal.

He said one reason why the talks are slow is that the Western side has no initiatives.
He noted that the West’s alleged concerns can only be dispelled through fully removing the JCPOA-related sanctions on Iran.

“After the secretary general of the UN atomic agency condemned the act of sabotage at the Tessa Complex of Iran, we declared as a goodwill gesture that we will allow the installing of cameras at the site”, said the foreign minister.

The two sides then turned to the issue of Lebanon. Amir Abdollahian said Iran has always supported Lebanon’s national unity, sovereignty and territorial integrity. He added that the international community must confront the Zionist regime’s aggression against Lebanon.

The UN chief also said during the phone call that the world body believes the JCPOA is an important document and very useful for international peace and stability.

Guterres also said that the UN’s stance on the JCPOA has always been clear and candid and it has supported the deal.

He thanked the Islamic Republic of Iran for cooperating with the IAEA and its decision to allow installing cameras at Karaj’s facility.

He said this is a sign of Iran’s good cooperation with the agency, which will have a positive impact on confidence building during the talks.

Guterres said the UN will sue all mechanisms at its disposal and will do its best so that the Vienna talks will produce good results.