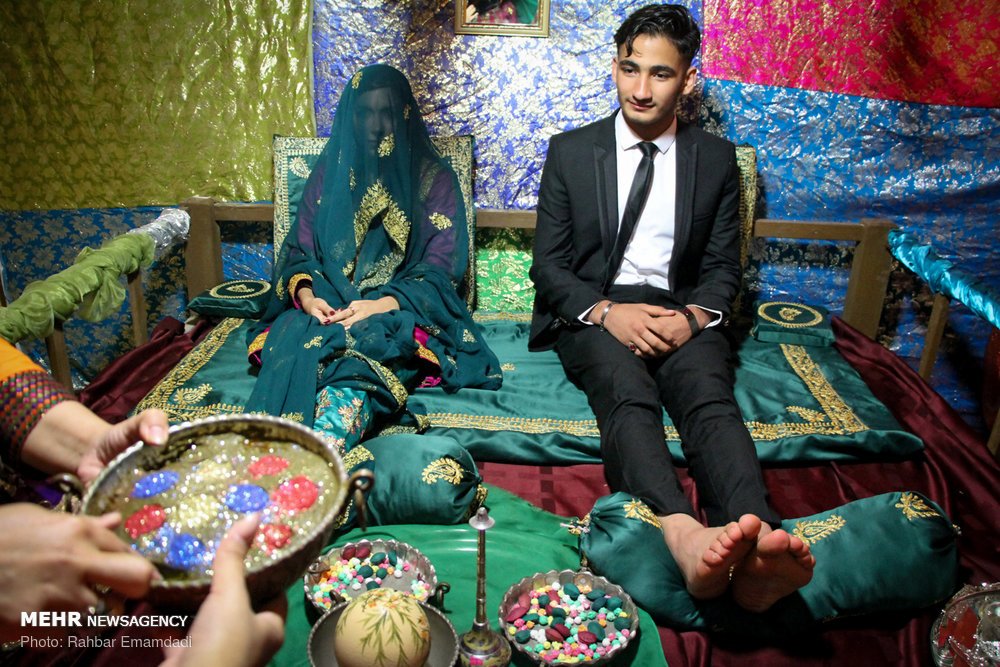 People in Hormozgan province in southern Iran have for centuries been practicing special ceremonies and rituals in their marriages and weddings.

In Hormozgan, bringing the bridal dress from the groom’s house to the bride’s house is performed in a special ceremony called “Saakht”.

They play musical instruments and sing songs while performing the ritual. Khaancheh, a tray that contains sweets, henna, gold, colourful clothes and garments, is brought to the bride’s house while music in being played, and women show the stuff to the guests.

This ancient tradition is still popular, and is called “Delivering Saakht”. “Hanabandan” or henna distribution ceremony also begins one or two nights before the wedding.

At the end, the newly-wed couple’s hands and feet are covered with specially-woven handkerchiefs. The bride and groom keep the designs until morning and wash their hands and feet in the morning.

On the eve of Hanabandan ceremony, a plate of henna is sent from the bride’s house to the groom’s house and the groom also does the same.

Here are photos of the amazing ceremony retrieved from Mehr News Agency: