Allegations of Saudi top diplomat do not merit a response: Expert 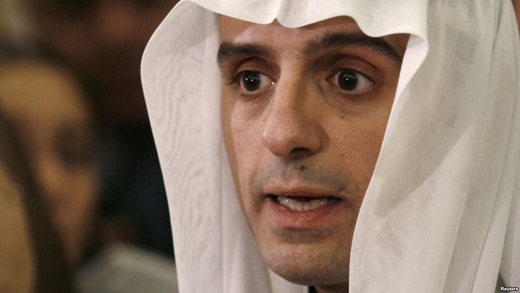 Senior Saudi officials should advise their inexperienced foreign minister to make wise remarks and avoid trying the patience of the Iranians, the Foreign Ministry expert said.

An Iranian Foreign Ministry expert has denounced as worthless the anti-Iran allegations of Saudi Foreign Minister Adel Al-Jubeir and advised him to make comments that fit his diplomatic weight.

Fararu.com has filed a report on what else the expert has said. What appears next is the translation of the report the news website released on October 25:

The expert said, “Apparently, Adel Al-Jubeir, who has spent the better part of his life in the US and is used to an American way of speaking, has forgotten that he is speaking for a country which has been involved in a war against a Muslim neighbor for seven months – with the help of some of its allies – and has shed the blood of innocent and defenseless people of Yemen. Although Saudi Arabia has spared no crime, it has not secured any victory.”

He went on to say that the repeated and valueless allegations of the Saudi minister do not merit a political response or any official reaction from the Iranian Foreign Ministry. “Senior Saudi officials should advise their nervous and inexperienced minister to make wise remarks compatible with his political weight and avoid trying the patience of the Iranian nation before it costs Riyadh dearly.”

The Iranian Foreign Ministry’s reaction to the allegations against the country through an expert carries a special message in the world of diplomacy. According to diplomatic protocols, when a country views the comments of a foreign official too trivial and thus unworthy of a response, it asks an official at a lower level to react. That move is designed to both humiliate the foreign official and convey the message that his/her comments do not merit a response.