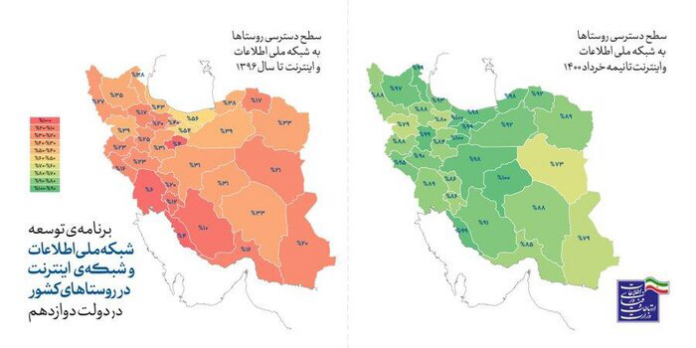 The Iranian minister of information and communications technology says almost all Iranians across the nation are linked to the Internet network.

“More than 98.5% of villagers as well as 100% of city dwellers in Iran have an Internet connection,” said Mohammad Javad Azari Jahromi.

According to the data released by Iran’s Integrated Rural Information website (diiar.ir), the number of cities and villages with Internet coverage has considerably increased during the tenure of outgoing Iranian President Hassan Rouhani’s administration.