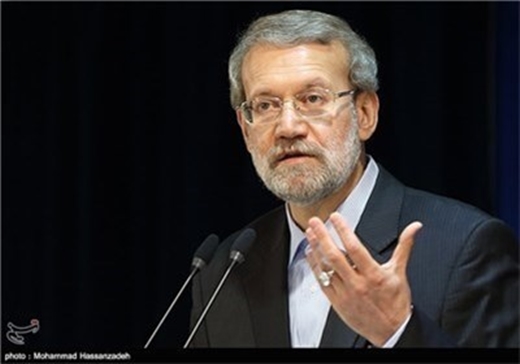 Ali Larijani has said that certain Western states seek to undermine the talks by raising excessive demands, adding they have no choice but to accept Iran's nuclear knowledge.

The Westerners have no choice but to accept Iran’s nuclear knowledge, Larijani said in a ceremony held in Varamin, south of Tehran, on Thursday evening.

He added that the West should know that the framework set by Tehran for nuclear talks is completely clear and the Leader has knowledge about it and the Iranian negotiators can negotiate just within that framework.

“If the westerners issue excessive statements beyond the framework of negotiation, that means they are seeking to disrupt the negotiations…,” Larijani said.

He made the remarks in response to recent calls by some Western countries for access to Iran’s military sites and interviews with nuclear scientists amid ongoing talks between the Islamic Republic and 5+1 (Russia, China, the US, Britain, France and Germany) to hammer out a lasting accord that would end more than a decade of impasse over Tehran’s peaceful nuclear program.

On April 2, the two sides reached a framework nuclear agreement in Lausanne, Switzerland, with both committed to push for a final deal until the end of June.

In relevant remarks, Supreme Leader of the Islamic Revolution Ayatollah Seyyed Ali Khamenei has ruled out any request for interviews with Iranian nuclear scientists, describing it as an instance of “interrogation”.

“I would not let foreigners come (here) and talk to the Iranian nation’s dear scientists…, who have expanded this wide knowledge to this stage,” the Leader said on May 20.