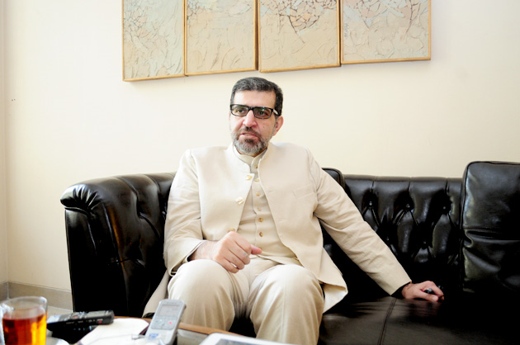 By way of ballyhoo, Ahmadinejad dealt a blow to Iran’s dignity on the international stage, said Sadegh Kharrazi.

On February 28, Khabaronline, a news website, published a report on remarks by Sadegh Kharrazi, a member of the newly-formed NEDA [Farsi initials for a Second Generation of Reformism] Party, among other things, about the role of former President Mahmoud Ahmadinejad in the country’s nuclear dossier. The following is the translation of the report:

Dismissing claims by Ahmadinejad that he did not have any influence on the course of Iran’s nuclear case, Kharrazi said, “Basically, it was Mr. Ahmadinejad who upset the balance of Iran’s nuclear dossier. It cannot be said that he played no role in it. The measures he took, the strange orders he gave to the Atomic Energy Organization, and the nuclear celebrations he organized altogether landed us in trouble.

He tried to tie the nuclear case to the negotiations with America so that he could take all the credit for resumption of ties with the US on the one hand, and claim that he was the one who settled the nuclear dispute, on the other.

From the get-go, a mechanism was in place for Iran’s nuclear program, but he acted in defiance of that mechanism. I must stress that his hands were not tied at all in dealing with any matter. One can even say that in the history of Iran no president wielded as much powers as he did. He manipulated the rules and expressed freely his ideas everywhere.”

Kharrazi went on to say, “By way of ballyhoo, he dealt a blow to Iran’s dignity on the international stage. […] The visit that Mr. Ahmadinejad had with former Russian President Dmitry Medvedev and the response Ahmadinejad produced when the Russian president asked how he was doing turned the Iranian president into the butt of jokes for quite a while in international circles.”