After Paris and Beirut, it’s time to rein in Saudi Arabia 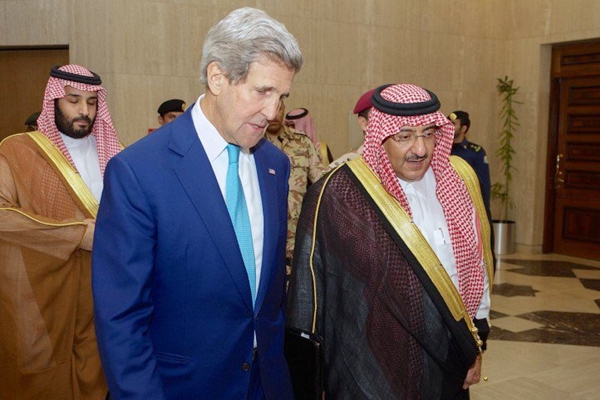 An article in a US publication has said that it’s pointless to apply tactical solutions to the problems of the Middle East while Saudi Arabia is free to (almost literally) pour oil on the fires.

America’s leading Sunni ally has been propagating a violent, sectarian religious ideology long before ISIS came on the scene, according to Foreign Policy, an American news publication.

Alef.ir on November 21 released the Farsi translation of an article in Foreign Policy (November 20, 2015). IFP has picked the original text of the article by Inge Fryklund, JD, PhD, who has worked in the Balkans, Iraq, and Afghanistan, with USAID, UNDP, and with the US Army and Marine Corps:

After the carnage in Paris, Western governments turned immediately to debating the usual tactics for “bringing the terrorists to justice.” Should we employ drone strikes, they wonder? Boots on the ground? Police?

The much more important matter, however, is identifying and stopping the source of the nihilism, misogyny, and sectarian animus that’s found fertile breeding grounds in the civil wars of the Middle East. Unless the source is addressed, there will be an endless supply of terrorists wreaking havoc. And we in the West will continue wringing our hands and responding impulsively rather than strategically.

While virtually all Islamic scholars dispute the theological soundness of the ISIS ideology, the group’s roots lie in fundamentalist Sunni Islam, specifically the Wahhabi strain officially espoused by Saudi Arabia — our “ally” — which views Shiites as apostates and seeks to turn Islamic societies back to an intolerant (and imagined) medieval past where women are stoned for adultery and reporters are lashed. Since the 1970s, the Saudi government and its allied religious establishment have exported their extremist version of Sunni Islam around the world — all financed by their oil money.

During the 1970s and ‘80s, Saudi Arabia financed Pakistan’s ISI (Inter-Services Intelligence) in support of the anti-Soviet insurgents in Afghanistan that became the Taliban. The US matched the Saudi contribution to ISI, but abdicated its responsibility to see where the money was going. Anxious to avoid overt provocation of the Soviets, Washington allowed Pakistan and Saudi Arabia to choose the recipients of American taxpayer dollars, and these were the most fundamentalist insurgent factions — like the Haqqani network, which plagues Afghanistan even today and has targeted American soldiers serving there.

Saudi money financed the Pakistani madrassas that provided the only available “schooling” for a generation of young Afghan male refugees. In camps devoid of women, the extreme separation of the sexes resulted in young males detached from any experience of women or family life. They were taught to memorize the Koran (in Arabic, having no idea what it said), use weapons, and hate the West. They were otherwise illiterate about both secular subjects and Islamic jurisprudence.

Since the 1990s, Saudi money has similarly financed mosques and Wahhabi-inspired teaching throughout the Balkans as well, contributing to the instability of that region.

It appears that the connection between Saudi Arabia and the Paris bombings is even more direct. Many of the plotters came from the Molenbeek neighborhood in Brussels. In the 1970s, Saudi Arabia and other [Persian] Gulf countries funded Wahhabi religious schools there, displacing or taking over the more moderate mosques founded by the Turkish and Moroccan immigrants in the district and helping to thwart their children’s potential for cultural integration.

ISIS’ extreme misogynistic worldview was starkly on display in its statement after the Paris massacre. It referred to a “profligate prostitution party” at the Bataclan Conference Center. This should be a red flag. The equation of women out to a concert and prostitution reflects the same mindset animating the Saudi insistence that women cannot drive, cannot leave the house unless escorted by a male relative, and must be covered head to toe. (In fact, I would argue there’s an insufficiently explored thread of distorted sexuality in hardline Wahhabi belief and practice.)

Our “ally’s” religiously mandated intolerance was displayed to the world in the hatred that we witnessed on Nov. 13th, with hundreds dead and many more maimed in Lebanon and Paris. Why do we put up with this aggressive medieval proselytizing from Saudi Arabia? With allies like this, who needs enemies?

Well, the simple answer is oil: We’ve chosen to buy our oil from Saudi Arabia and boycott the Shiite Iranian source.

But cheap oil may have been purchased too dearly when the mayhem in the Middle East and now Europe is the result. Accepting higher oil prices in the interests of containing Sunni nihilism could be a worthwhile bargain.

We’ve also boxed ourselves in diplomatically by a generation of demonizing and isolating Iran, the major Shiite power, leaving no counterweight to the Saudi Sunni ideology. Yes, we cite the 1979 takeover of the American embassy in Tehran, but forget that Iranian anti-American sentiment was a predictable result of the CIA overthrowing the elected and more or less democratic government of Prime Minister Mossadegh in 1953. (The US acted at a British request; they wanted to control Iranian oil and Mossadegh nationalized it.) We condemned Iran to a generation of brutal dictatorship under the Shah’s notorious secret police. Should we have been surprised when the revolution that came in 1979 brought payback to the Americans?

While Iran does indeed support violence in other countries, its efforts seem rationally related to political objectives (supporting Hezbollah against the Israeli occupation, and Assad as a fellow Shiite power) and might be resolved as such. They have thus far not included assaults on uninvolved civilians and barbarism for its own sake.

So what to do at this point? We have leverage over Saudi Arabia if we choose to use it. We should stop supplying weapons — which are currently being used to attack Shiite factions in Yemen — and insist that Saudi Arabia cease financing fundamentalists throughout Afghanistan, Pakistan, Syria, and the Balkans. It’s pointless to apply tactical solutions to the problems of the Middle East while Saudi Arabia is free to (almost literally) pour oil on the fires.