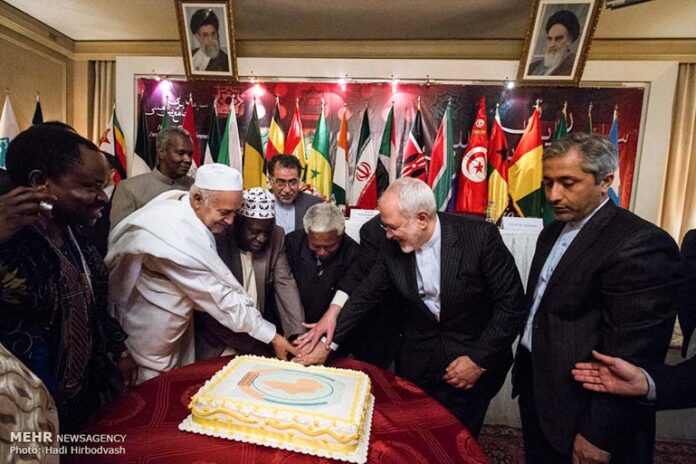 A ceremony was held in the Foreign Ministry Monday night to mark Africa Day [May 25]. Iran’s top diplomat Mohammad Javad Zarif and heads of Tehran-based foreign missions as well as a number of guests from African countries took part in the ceremony.

The following pictures have been released by Mehr News Agency of the ceremony: