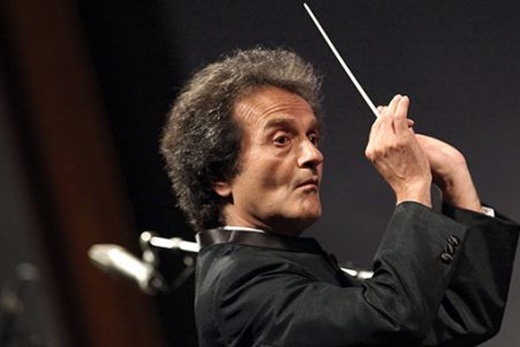 The concert will be held on January 22 and 23 in cooperation with prominent musicians from Tehran Symphony Orchestra.

Rouhani’s producer and publisher Hamid Esfandiari told Mehr News that the concert will take place on January 22 and 23 in cooperation with prominent musicians from Tehran Symphony Orchestra. It will be conducted by Shahrdad Rouhani.

While assuring that the audience will enjoy a high-quality concert, Esfandiari announced that Rouhani is scheduled to arrive in Tehran in the next few days. Rouhani will also attend a press conference in Tehran so that the audience would obtain more information about the upcoming performance.

Shahrdad Rouhani, an Iranian-American composer, a violinist/pianist, and a conductor who is well-known for composing and conducting classical, instrumental, adult contemporary/new age, film soundtrack as well as pop music.

In addition to appearing as a guest conductor with a number of prestigious orchestras including London’s Royal Philharmonic Orchestra, Minnesota Orchestra, Colorado Symphony Orchestra, Shahrdad Rouhani has arranged and conducted a sixty piece orchestra to supplement Yanni’s keyboard compositions.

He was also commissioned in 1998 by the government of Thailand to compose and conduct the music for opening ceremonies of the 13th Asian Games.

In 1999 Rouhani received the Thailand’s Pikanes award, the country’s most prestigious music award for an outstanding orchestral performance.