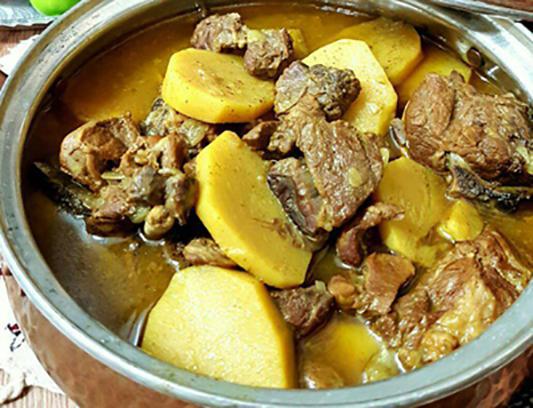 “Briz” in the Bakhtiari language means “to fry”, and “Ab Briz” means meat cooked and fried in its own stock. The word has been abbreviated as “Abriz,” also known as “Owriz.”

The local Bakhtiari food, a popular one among people of Chaharmahal and Bakhtiari province, is mostly made with lamb heart and liver, but a mix of liver and mutton or chicken is also used.

First, fry the onions well before adding meat or chicken. Then leave the meat to be cooked through in its own stock without adding any spices.

In the meantime, mix some pomegranate pickles with two or three cupfuls of water and put it on the flame for around 20 minutes.

When the meat is cooked through and has lost some water, add spices and salt. Then sieve the pickles onto the meat. Leave the mixture to cook for another half an hour until the pickles water is absorbed by the meat.

Using potatoes in this food is optional, but if you want to use potatoes, add them before adding the pickles water to the meat. The reason is that pickles make potatoes hard and keep them from being cooked through.

This food in usually eaten with bread, but tastes delicious with rice as well. 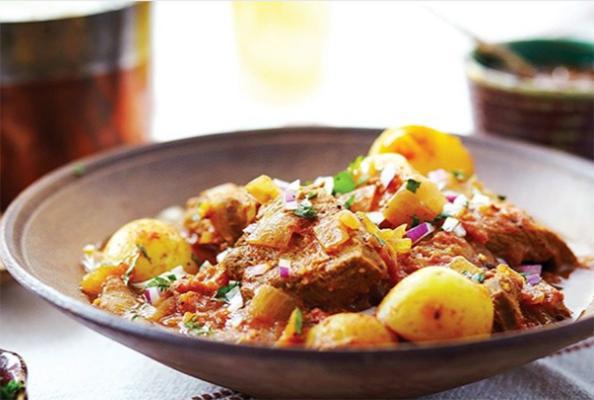