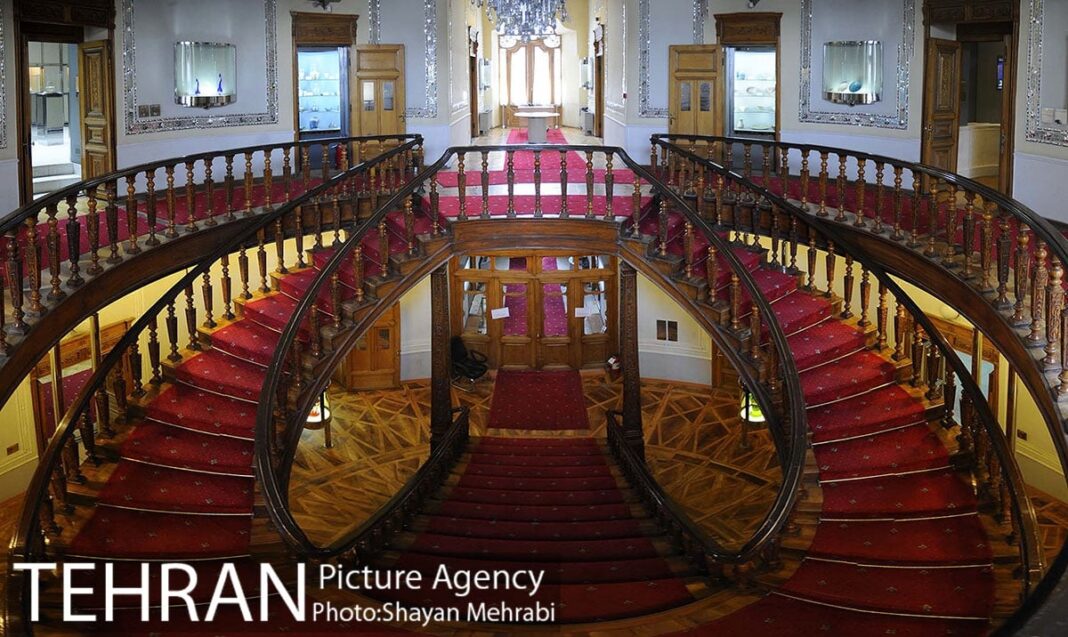 The Glassware and Ceramic Museum of Iran also known as Abgineh Museum is located at 30 Tir Street in the Iranian capital, Tehran.

Abgineh Museum is located in a historic building of the Qajar period. Opened in 1980, the museum is housed in the mansion of the former prime minister Qavam al-Saltaneh; and from 1953 to 1960 it functioned as the Egyptian Embassy, so the building itself has architectural merit.

There are two floors of displays in the Abgineh Museum that include dramatic ‘Nishapur’ slip-painted ceramics of the early medieval period, glass works from the 12th and 13th century, known as the Golden Age of glass-making in Iran, 14th-century pottery from Takht-e Soleyman and some later Safavid and Qajar ceramics.

However, most of the glass, some 260 pieces, is exhibited on the ground floor on the Glassware and Ceramic Museum.