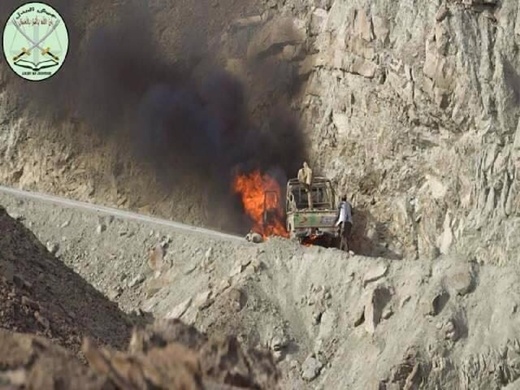 A look at acts of terror in Iran in the past seven months shows that the southeastern border region has seen the biggest number of terrorist attacks against police and civilians.

A deadly attack by armed bandits on Iranian border guards in the southeast left eight of them martyred. The bloody attack prompted Khabaronline, a news website, to take a look back at acts of terror in Iran in the past seven months.

The following is a list of terror attacks and their casualty figures the website posted online on April 7:

2. An assault on police in the southwestern province of Khuzestan on April 2 left three police officers killed and another two wounded.

3. Two citizens in the southeastern province of Sistan and Baluchestan were fired upon on January 2. A Shiite teacher and a Sunni Basij volunteer lost their lives in the terrorist attack.

4. A deadly ambush against an IRGC [Islamic Revolution Guard Corps] patrol in a border area in the southeast on December 28, 2014 left three IRGC members killed.

5. A staff member of Iranshahr Governor’s Office was assassinated on October 12.

6. A mortar attack on a police station in the southeast on October 9 left three police officers martyred.

7. An attack against a police station in Saravan, in southeastern Iran, on September 9 left one soldier and two Basij volunteers martyred.