IFP has taken a look at the front pages of Iranian newspapers on Saturday, September 5, 2020, and picked headlines from 12 of them. IFP has simply translated the headlines and does not vouch for their accuracy.

2- Iran among Top 5 Countries in Field of Speedboats

3- Rouhani: 30 Million Iranians to Be Supplied with Free Electricity in Two Months 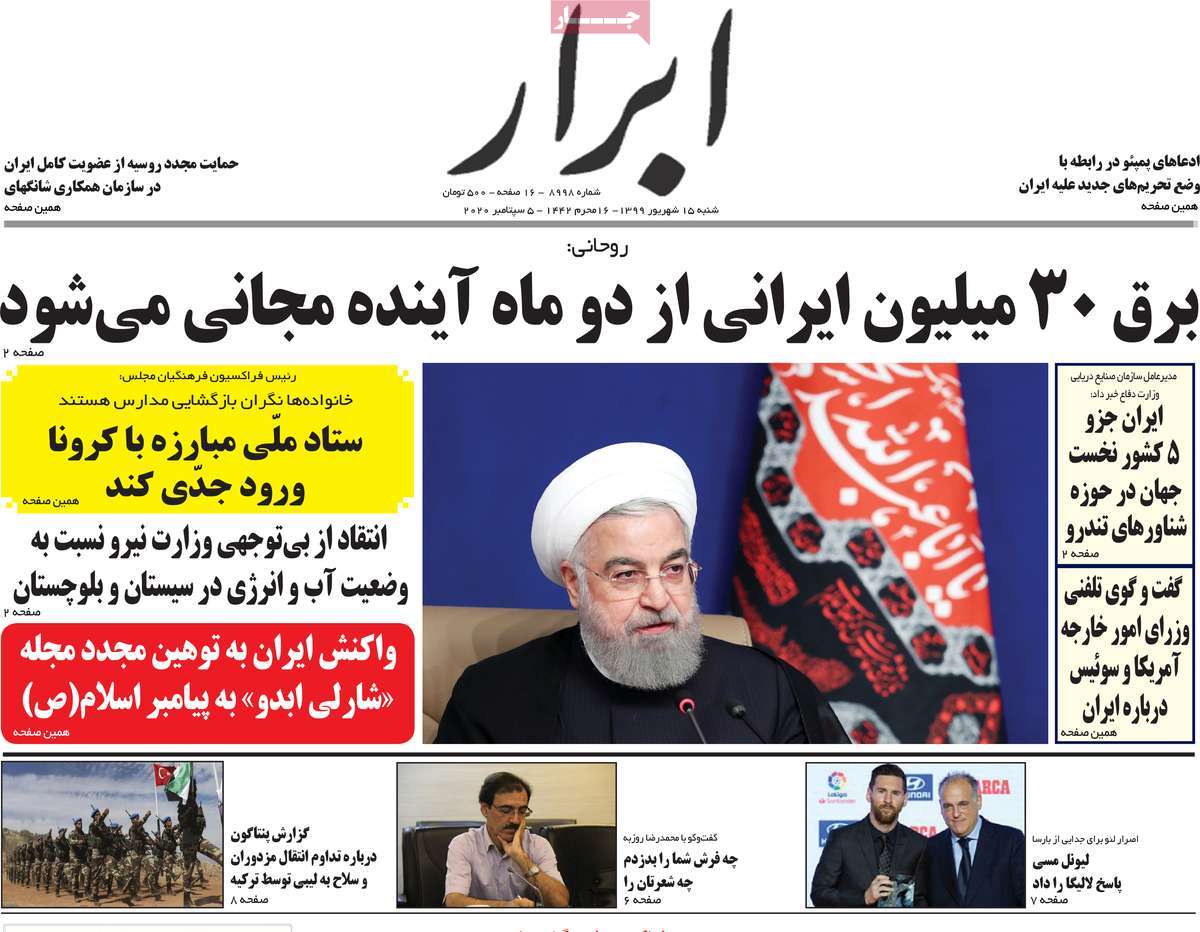 1- UAE Betrayed Its Own People: Iran Leader’s Representative at IRGC

2- Gov’t to Run Country Even at Peak of Sanctions: Official 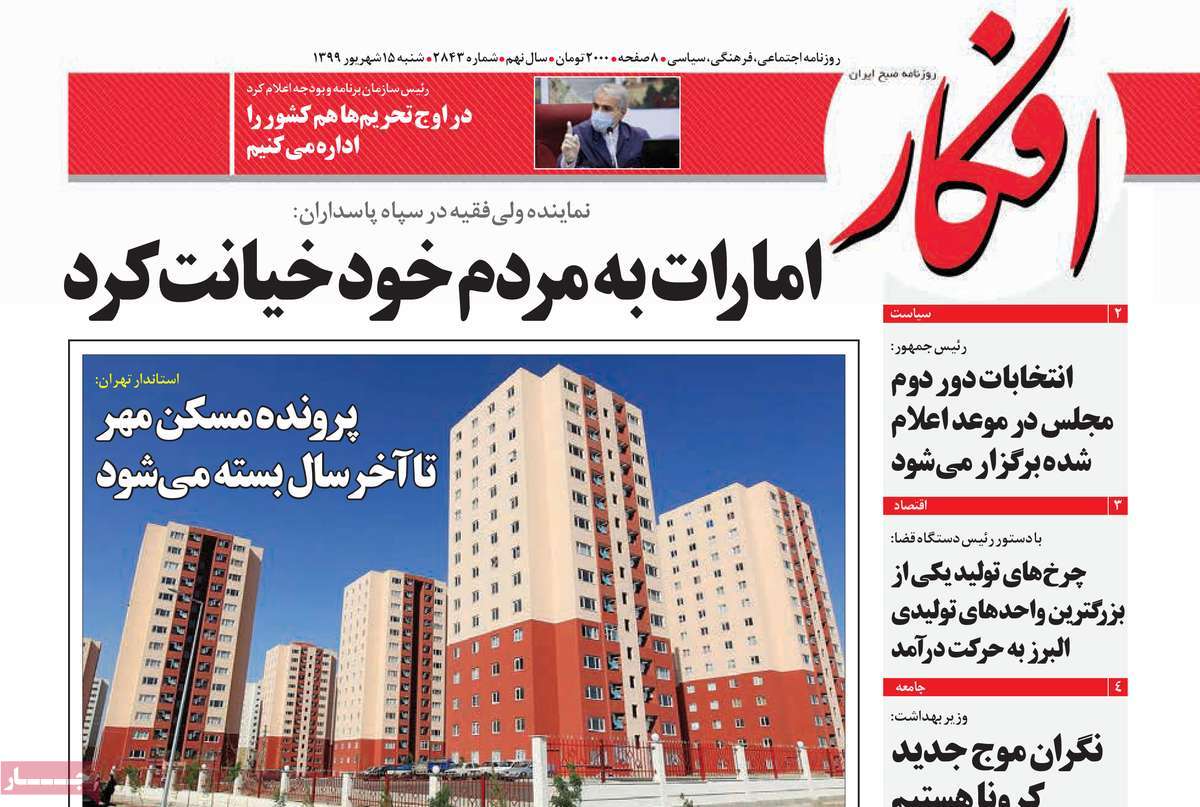 1- Kremlin Trying to Bring US Back to JCPOA 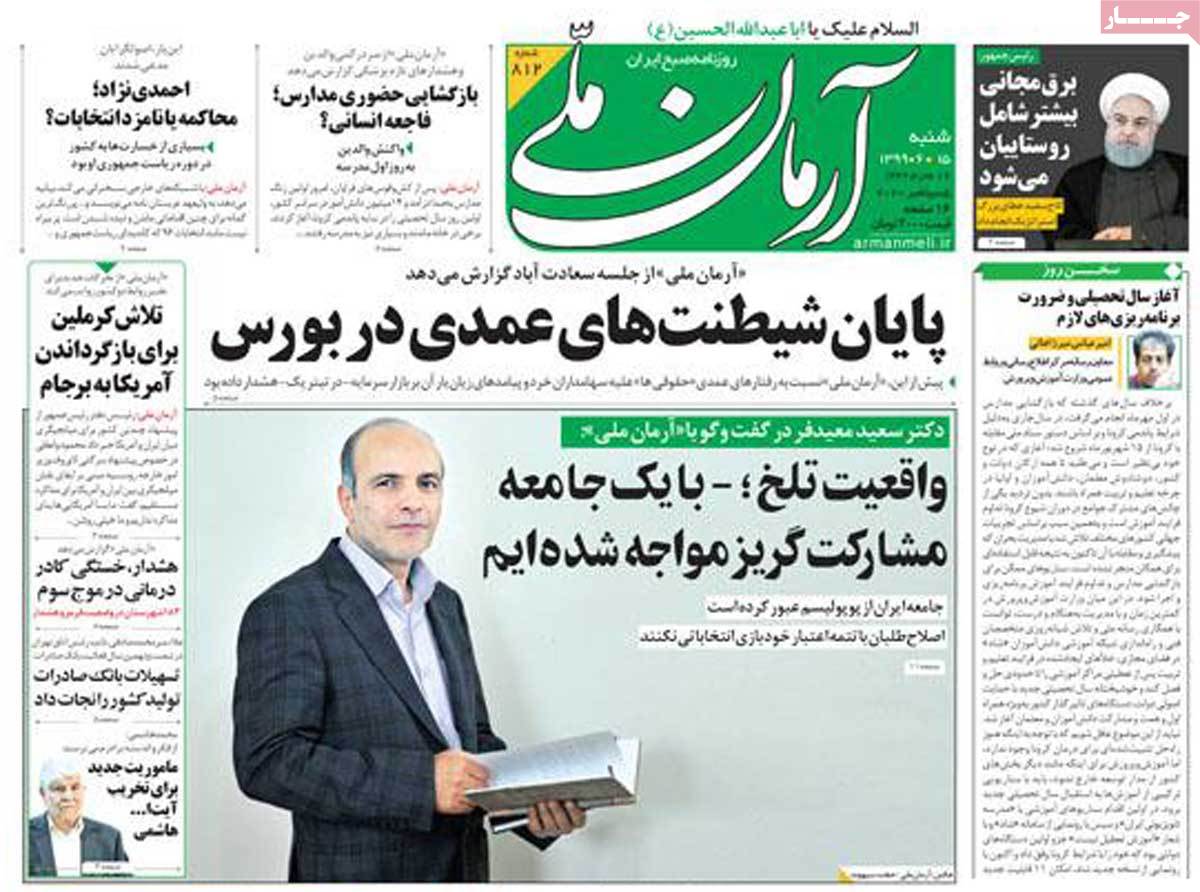 1- Why Moscow Is Mediating between Iran, US

* Why Should Russia Ease Iran-US Tensions? 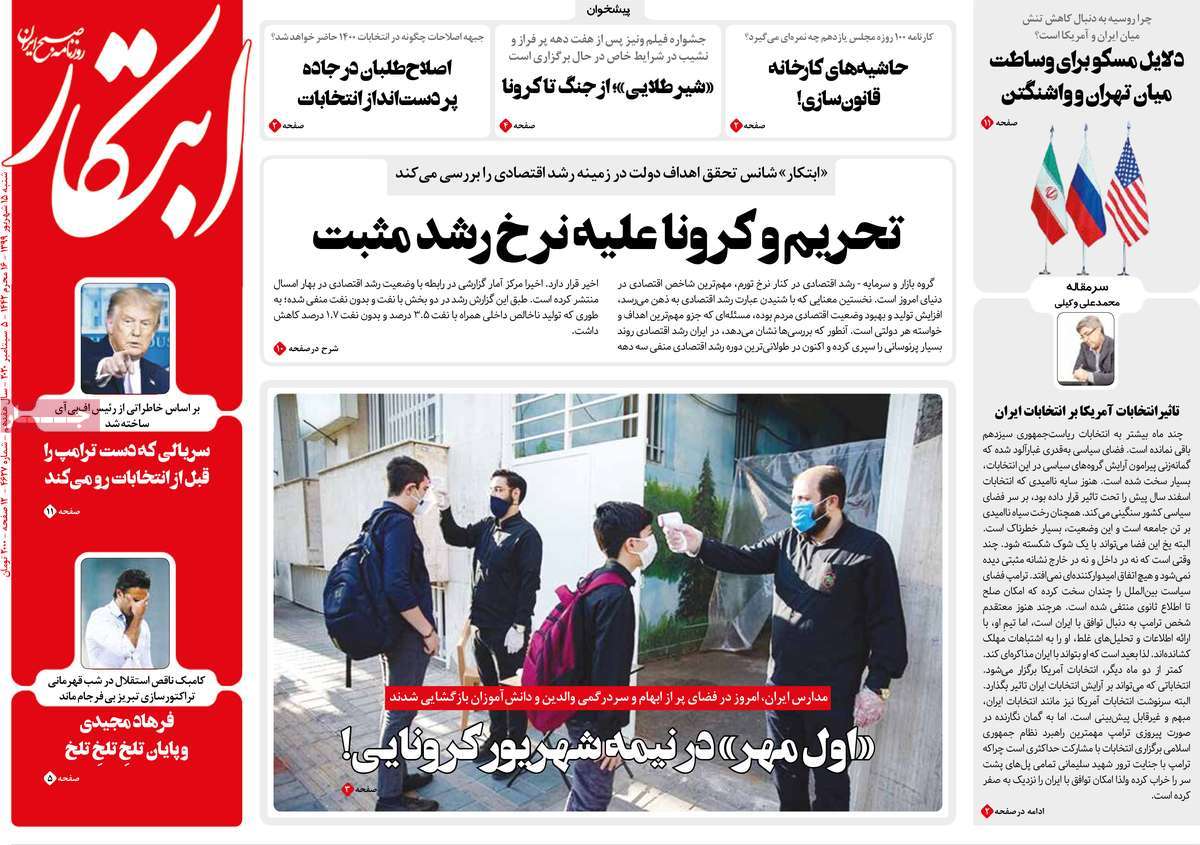 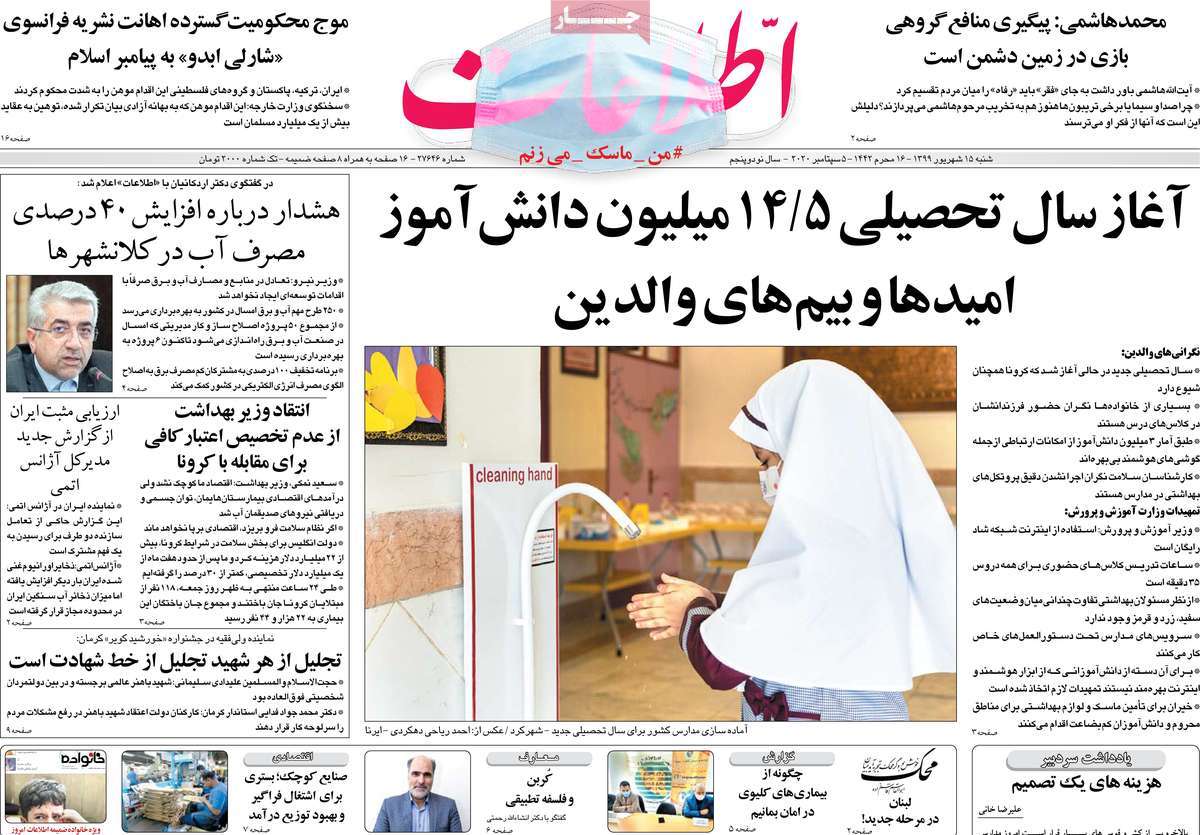 1- Gov’t Not Just Thinking of Passing One Year Left of Its Tenure: Rouhani 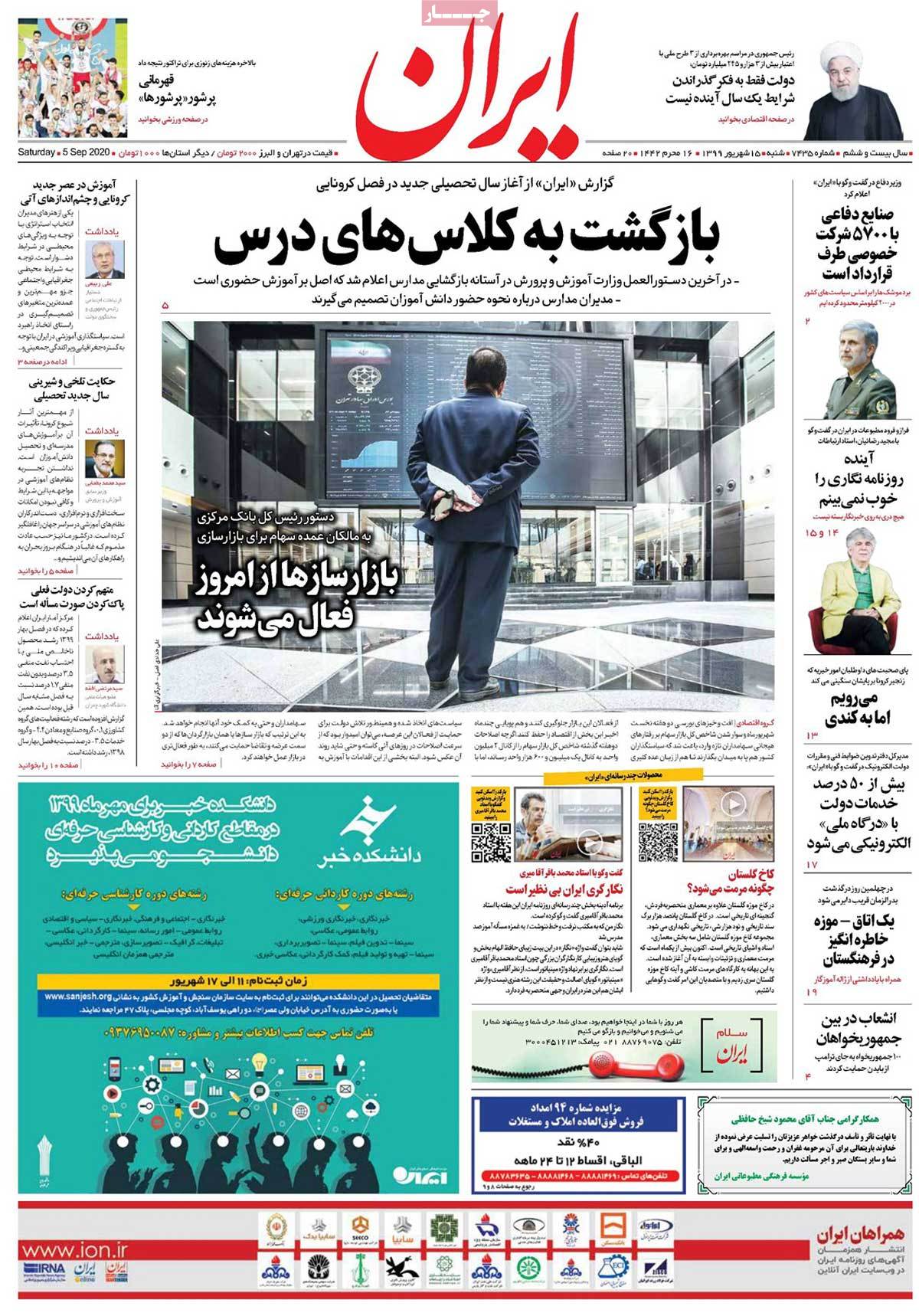 2- A Trip to Protect US Interests: Why Is Swiss Top Diplomat Visiting Iran? 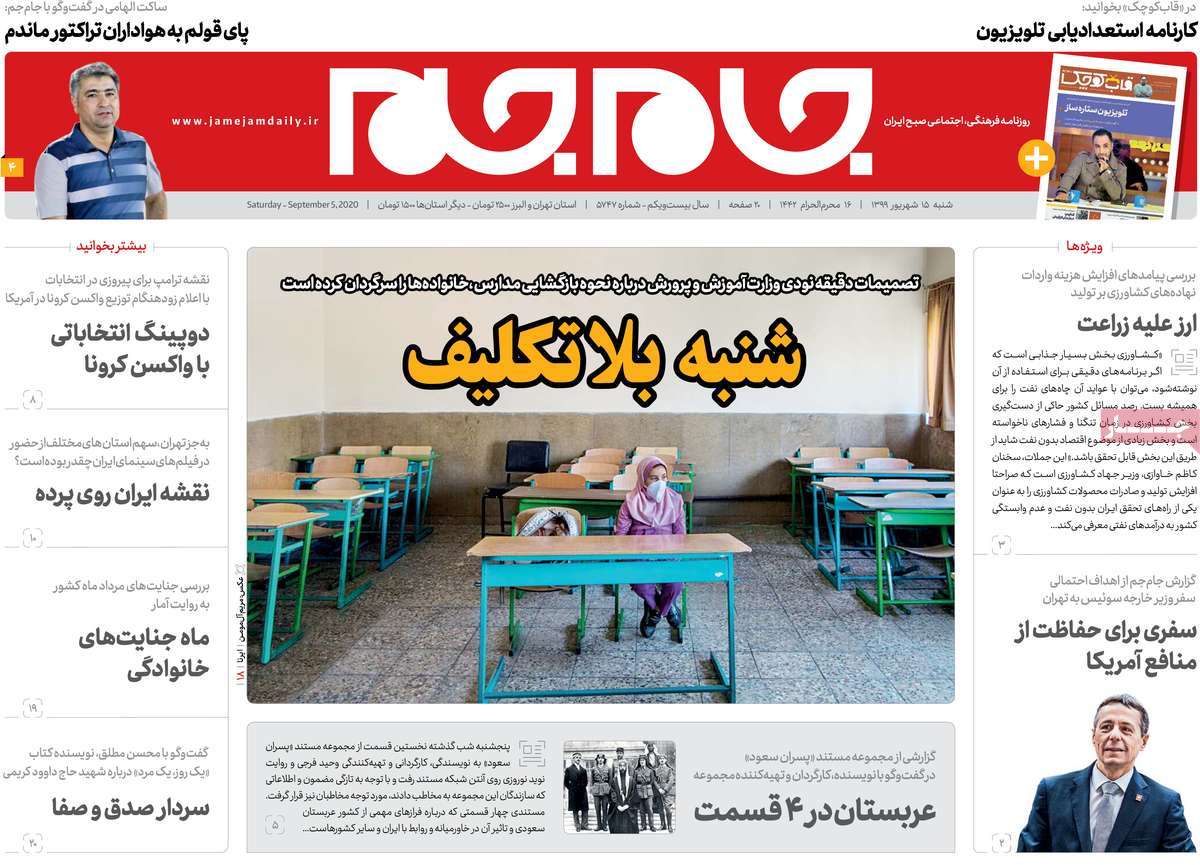 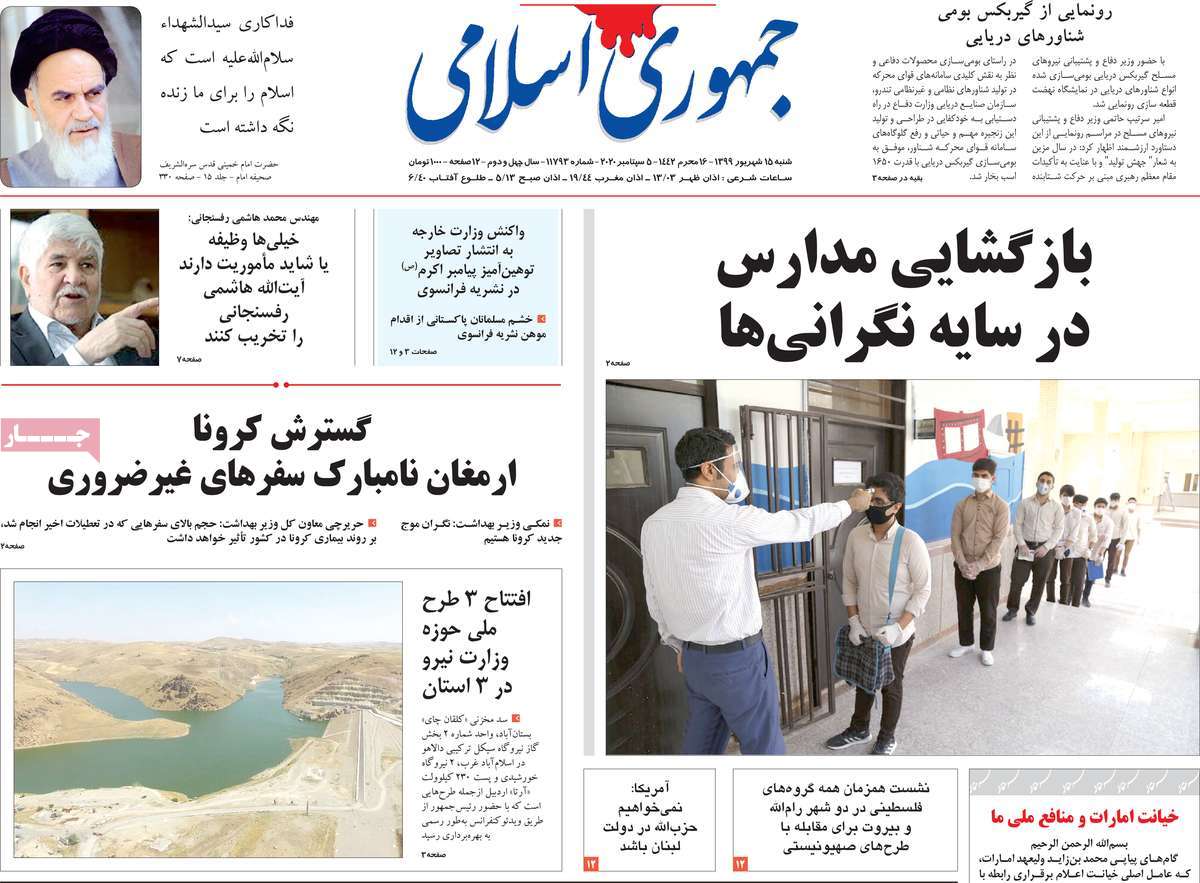 2- Defence Ministry Producing 38,000 Parts in Various Fields: From Energy and Car Industry to Healthcare and ICT 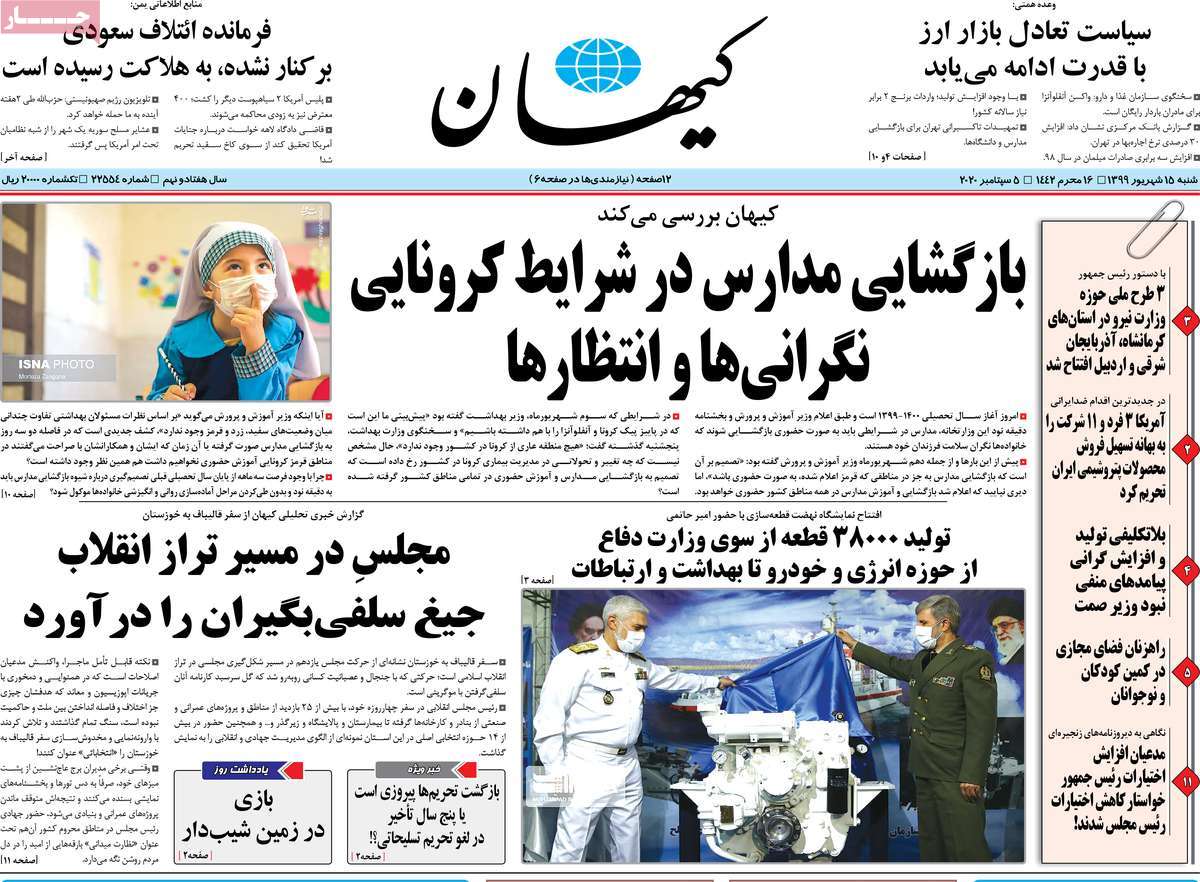 3- Why’s Lavrov Trying to Mediate between Tehran and Washington 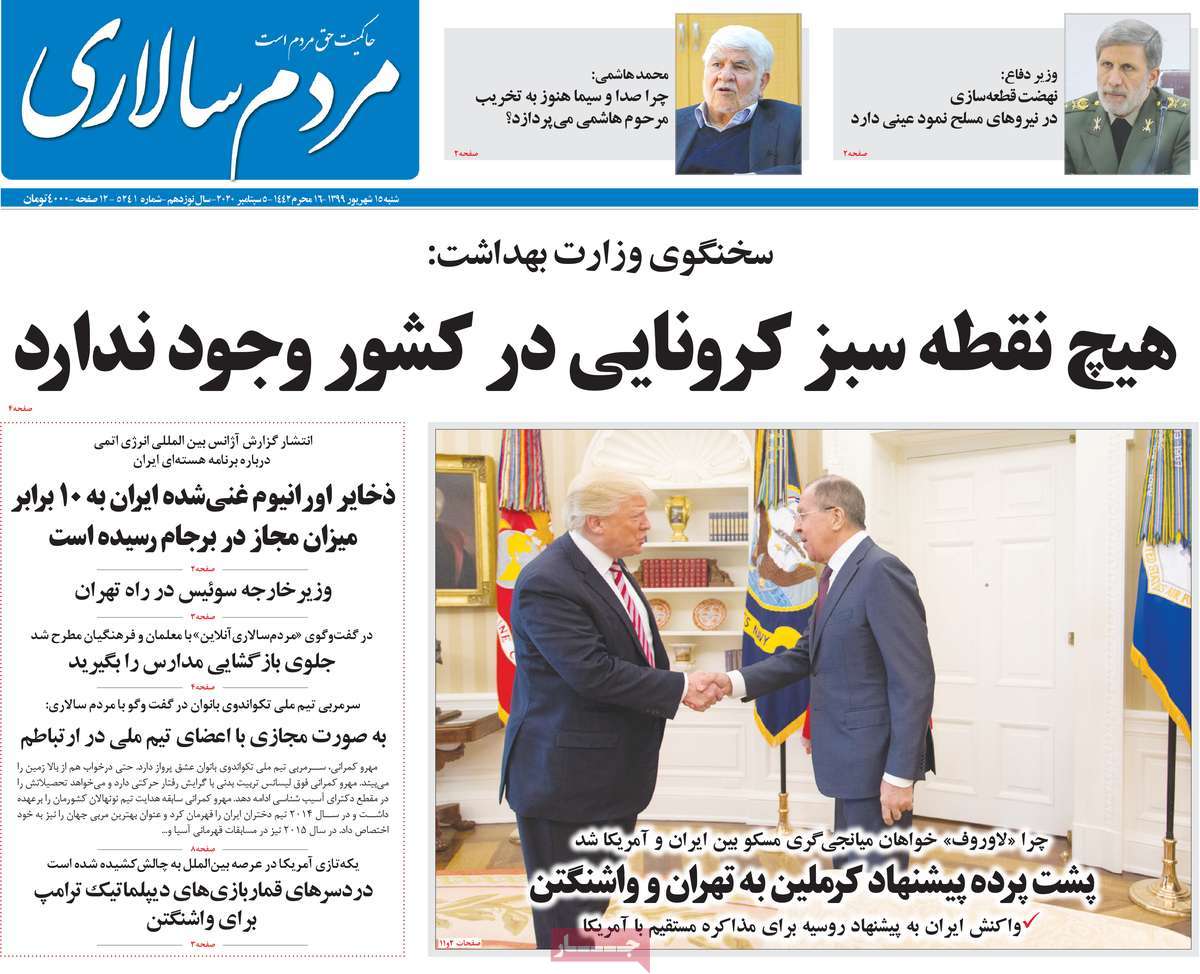 2- Bio-Assassination of Putin’s Critic: Navalny in Coma after Being Poisoned by Novichok 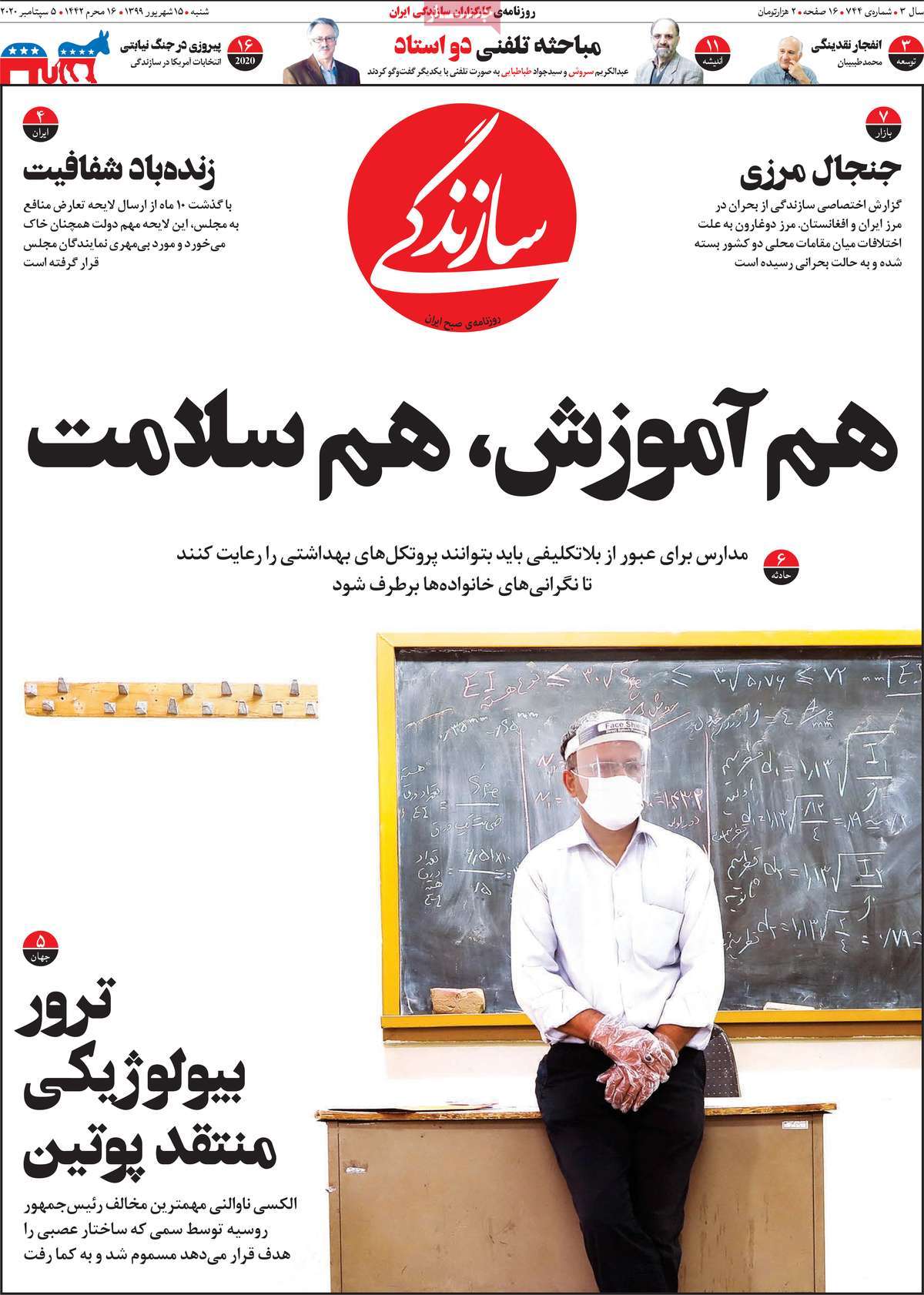 2- Iran Allows IAEA to Inspect One of the Two Sites Requested: IAEA 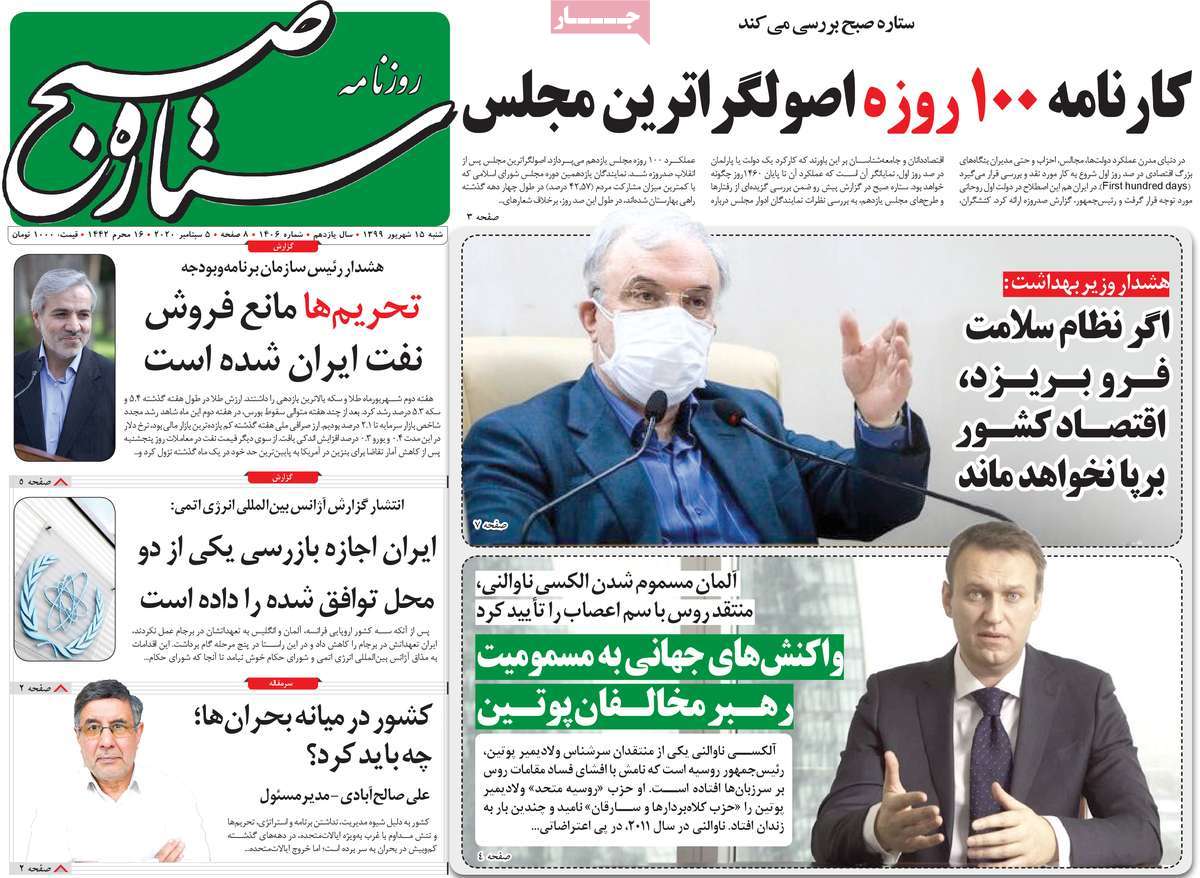