IFP has taken a look at the front pages of Iranian newspapers on Thursday, September 24, 2020, and picked headlines from 11 of them. IFP has simply translated the headlines and does not vouch for their accuracy.

2- France to Lebanese Politicians: Choose between Saving or Collapsing Your Country

5- Saudi Arabia: Any Deal with Iran Must Lead to Nuclear Non-Proliferation 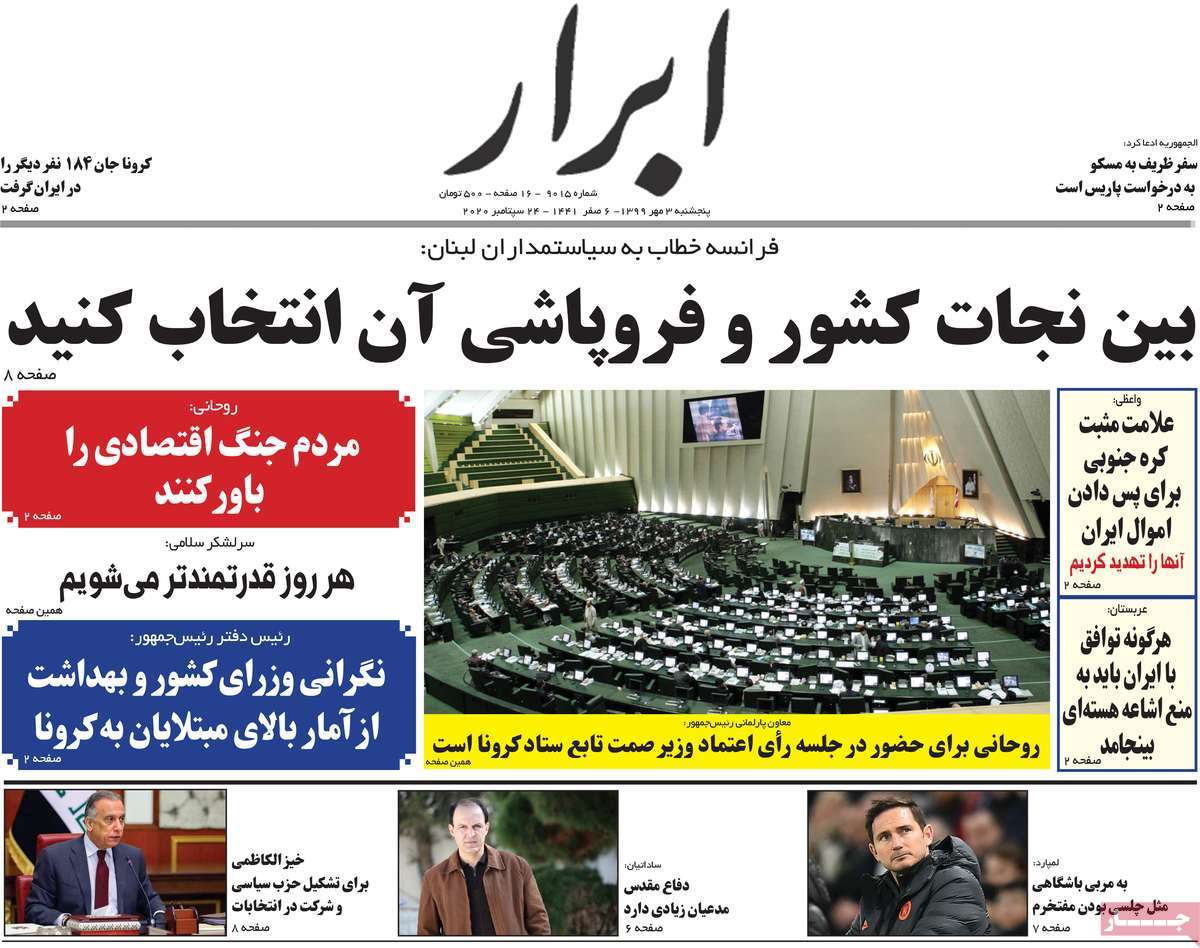 1- Iran to Increase Range of Its Weapons: IRGC Chief 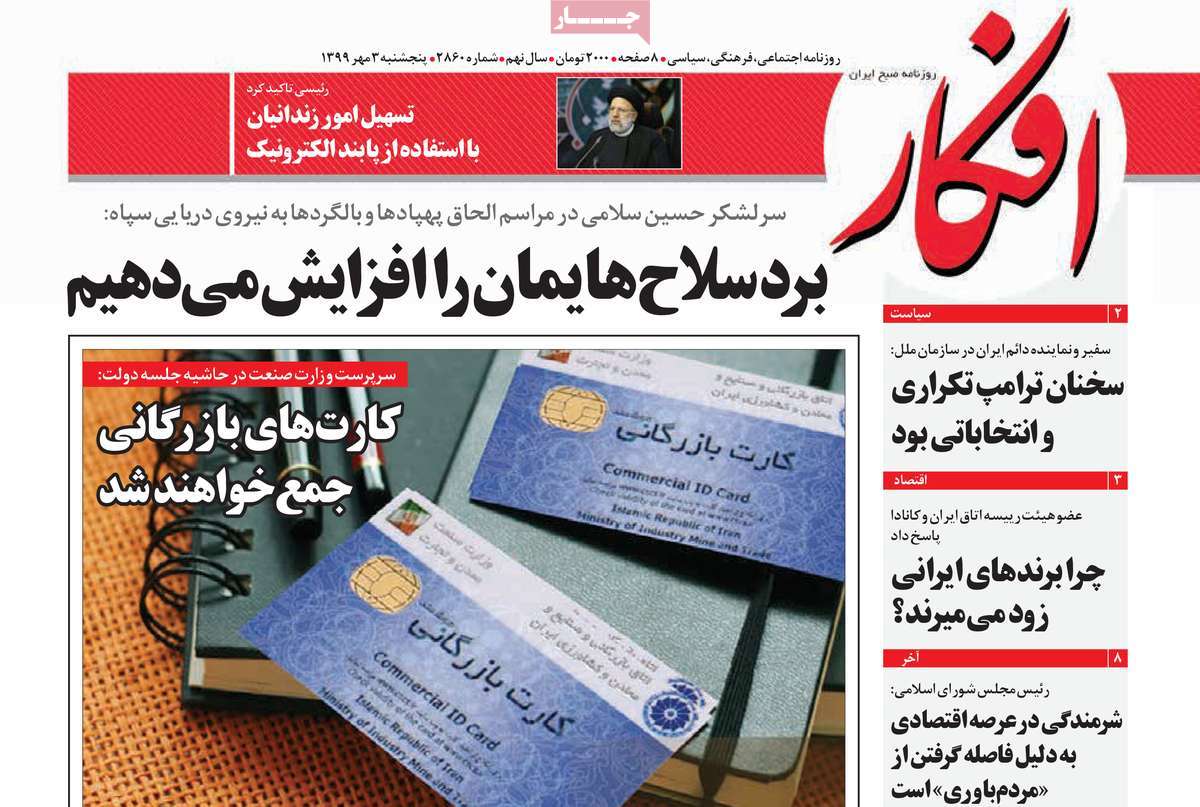 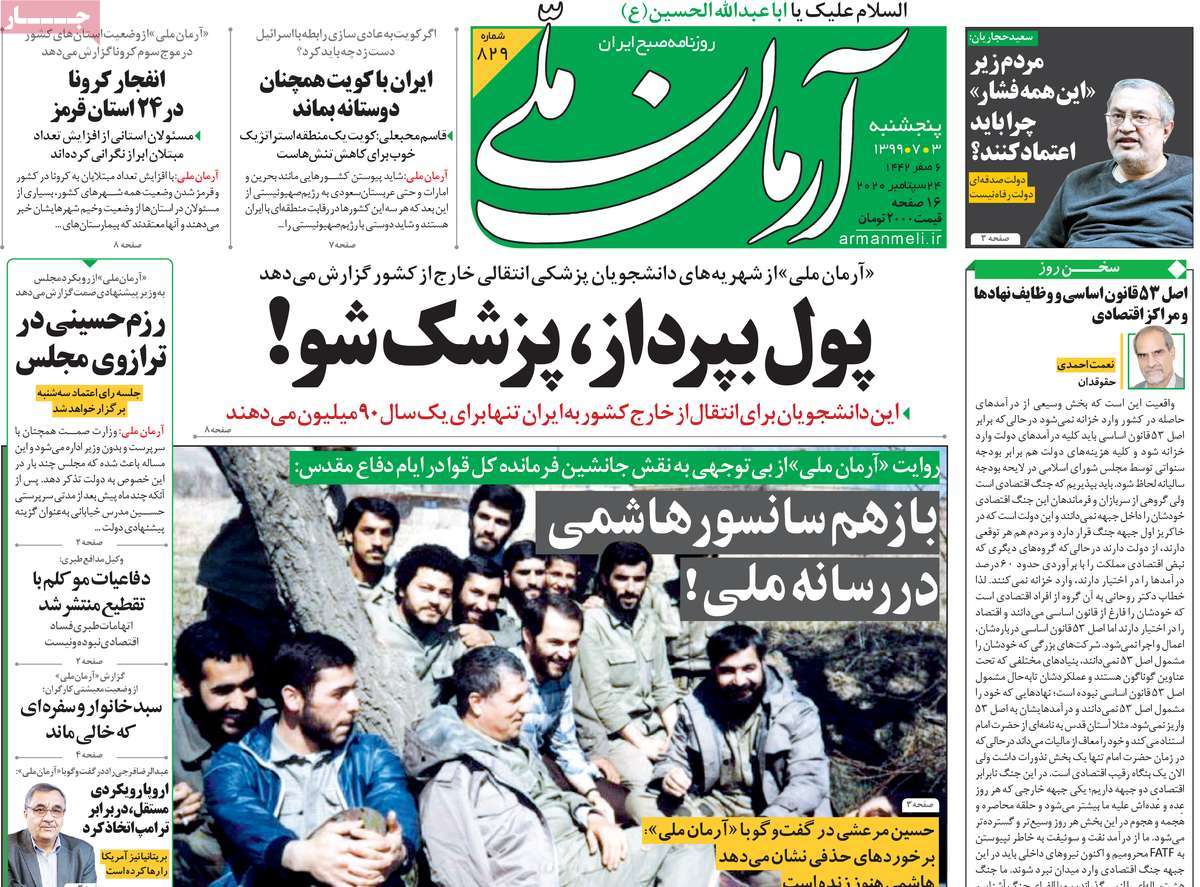 1- Health Ministry Calls for Fining Anyone Who Makes Unnecessary Trips 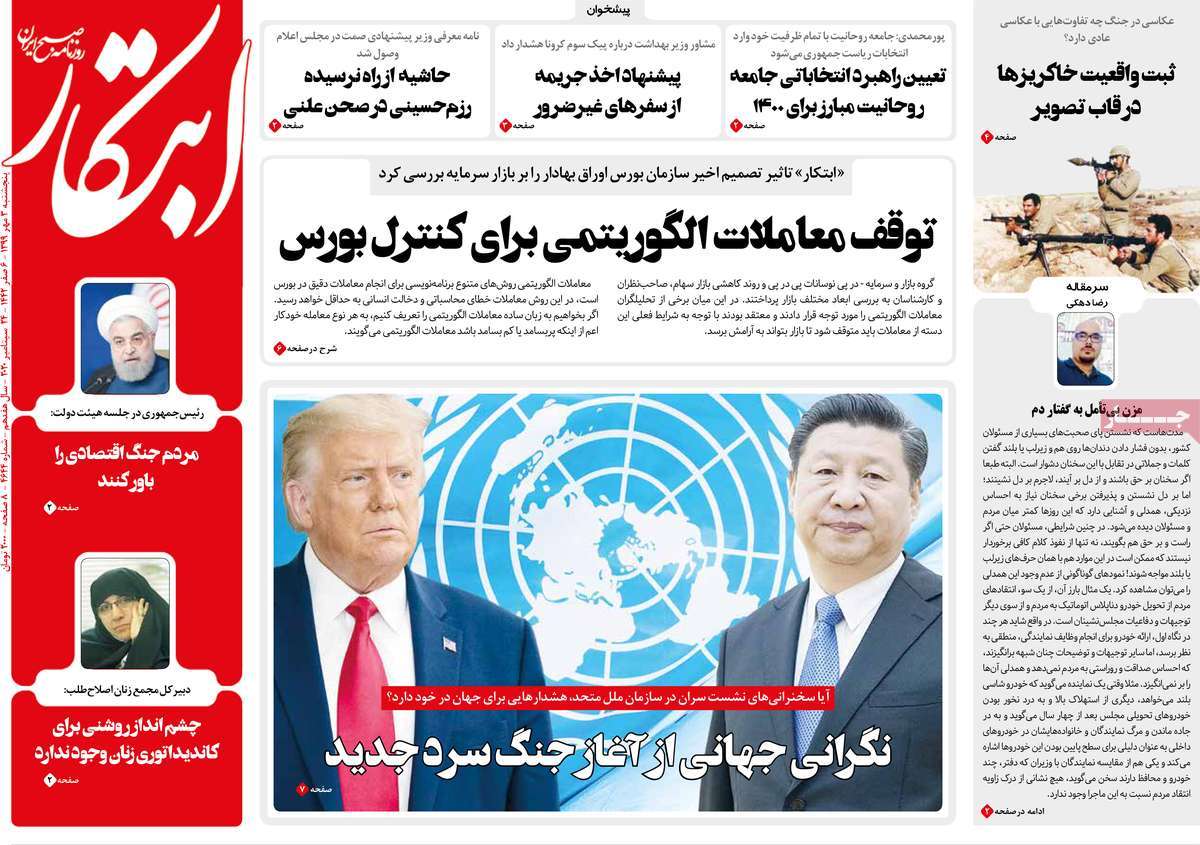 1- Macron: We Won’t Compromise with US on Return of Iran Bans 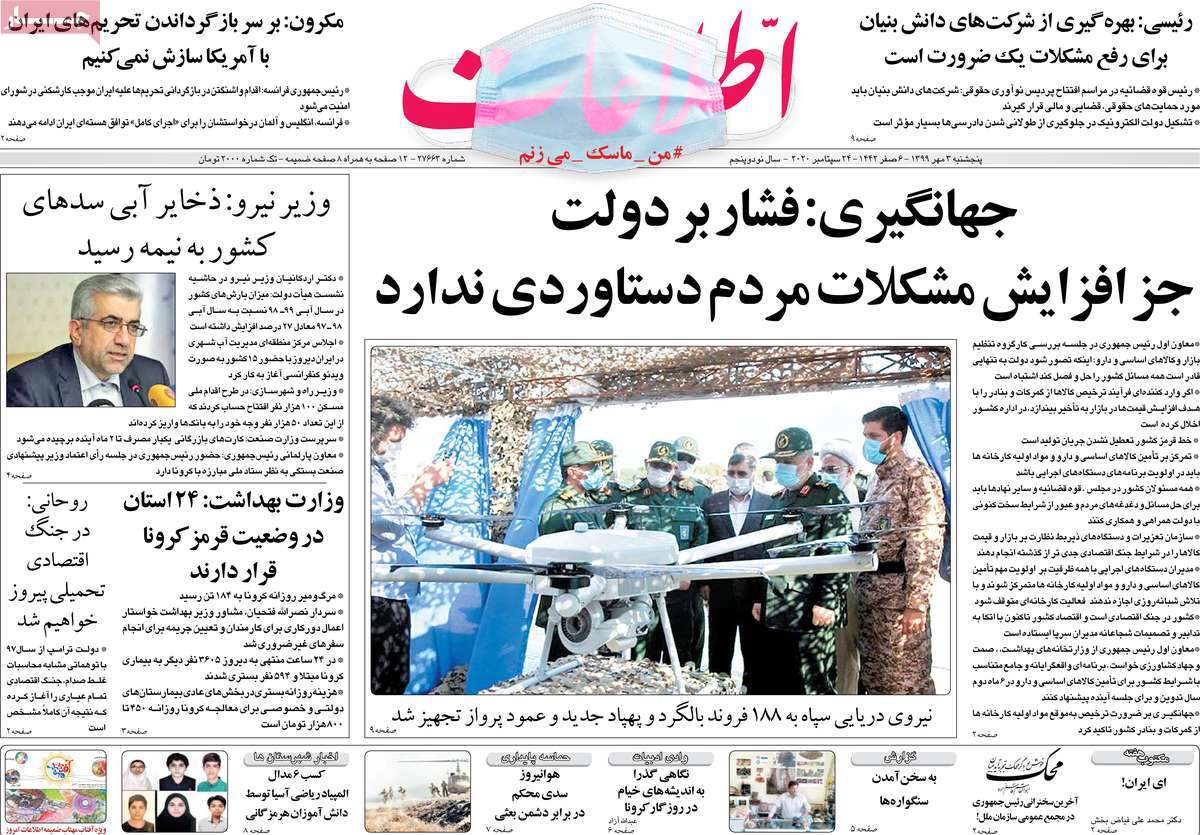 1- Macron: We Won’t Compromise with US over Snapback Mechanism 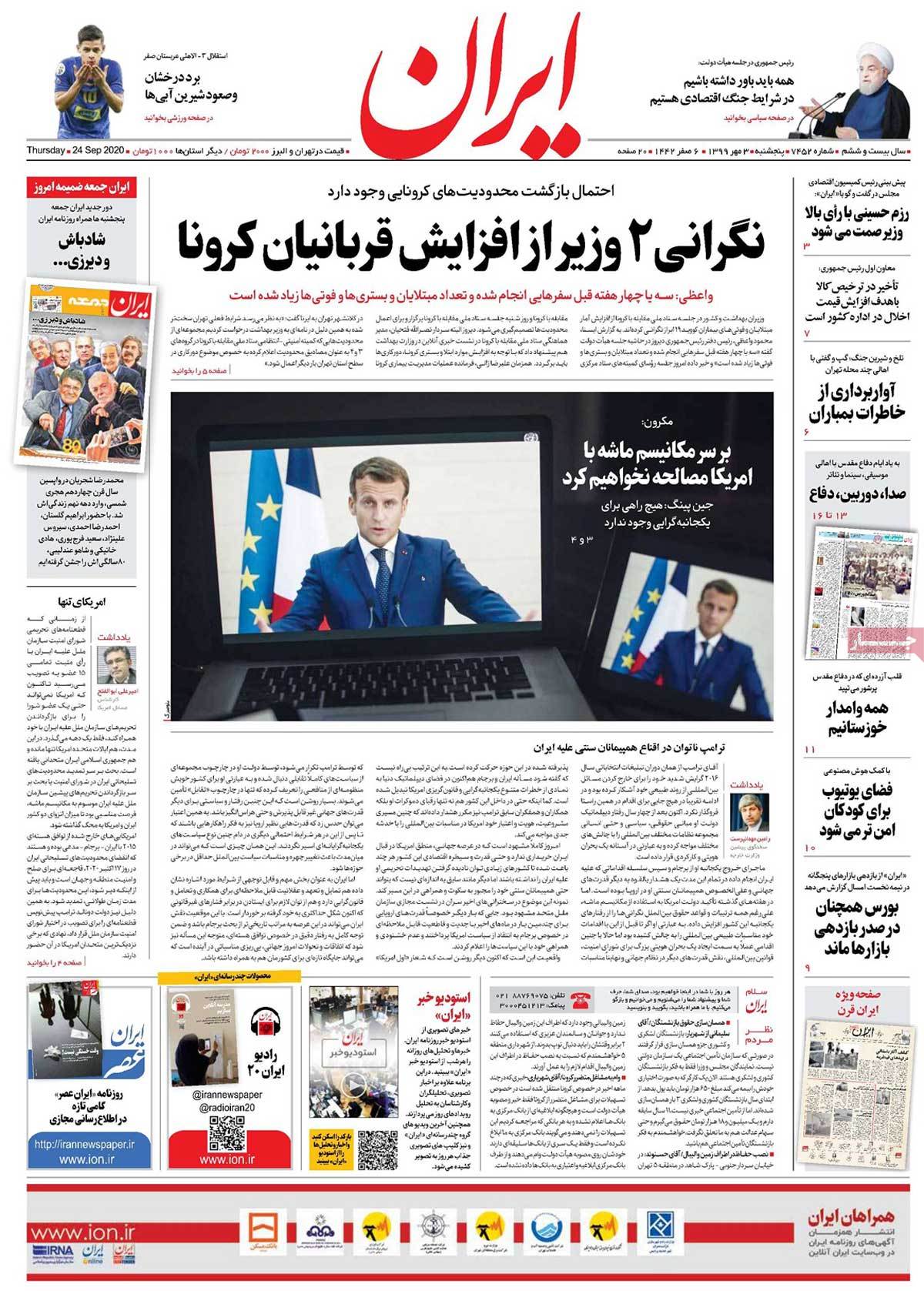 1- Rouhani: It’s Time for World to Make Right Decision, Say No to Bullying 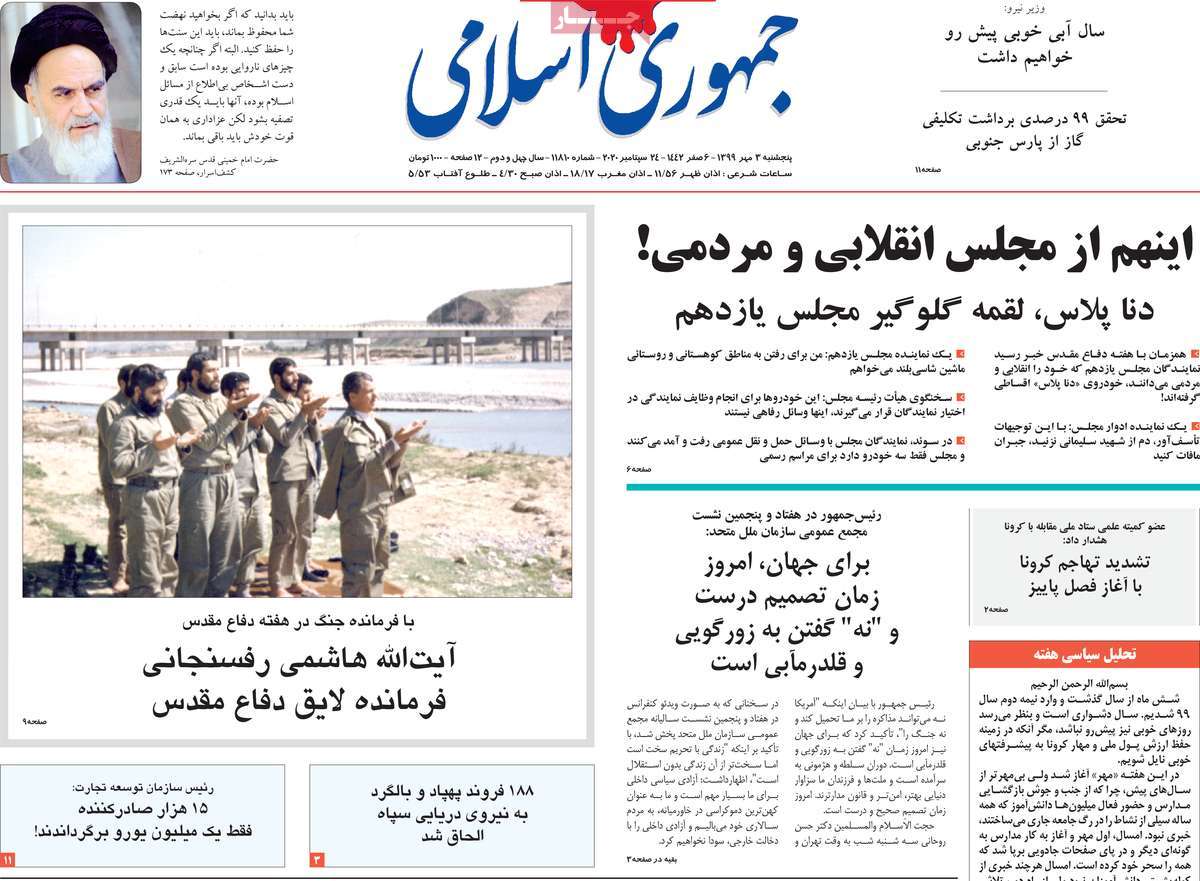 1- Trump: We Spent $8 Trillion in Mideast, but What We Got Was Coffins of Our Soldiers 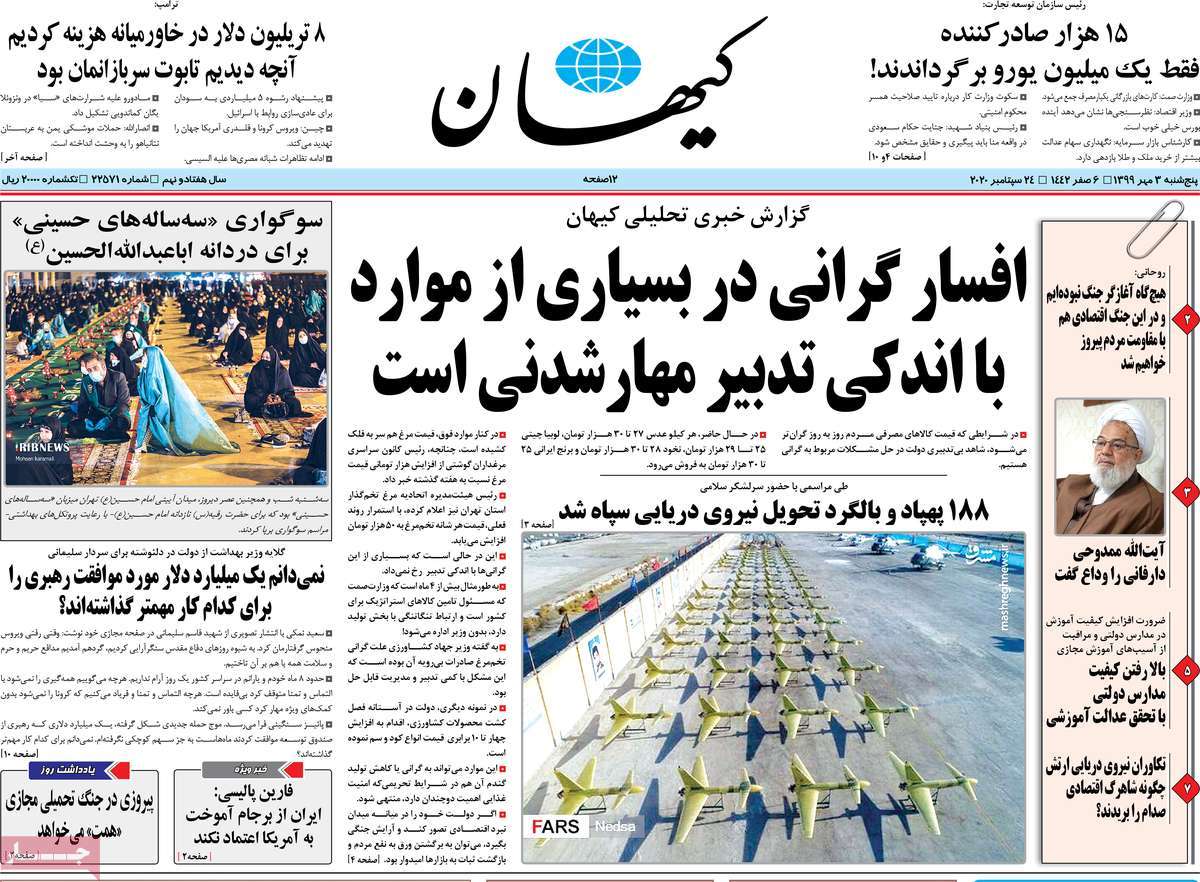 * Second Trial Held on Iran’s Lawsuit against US 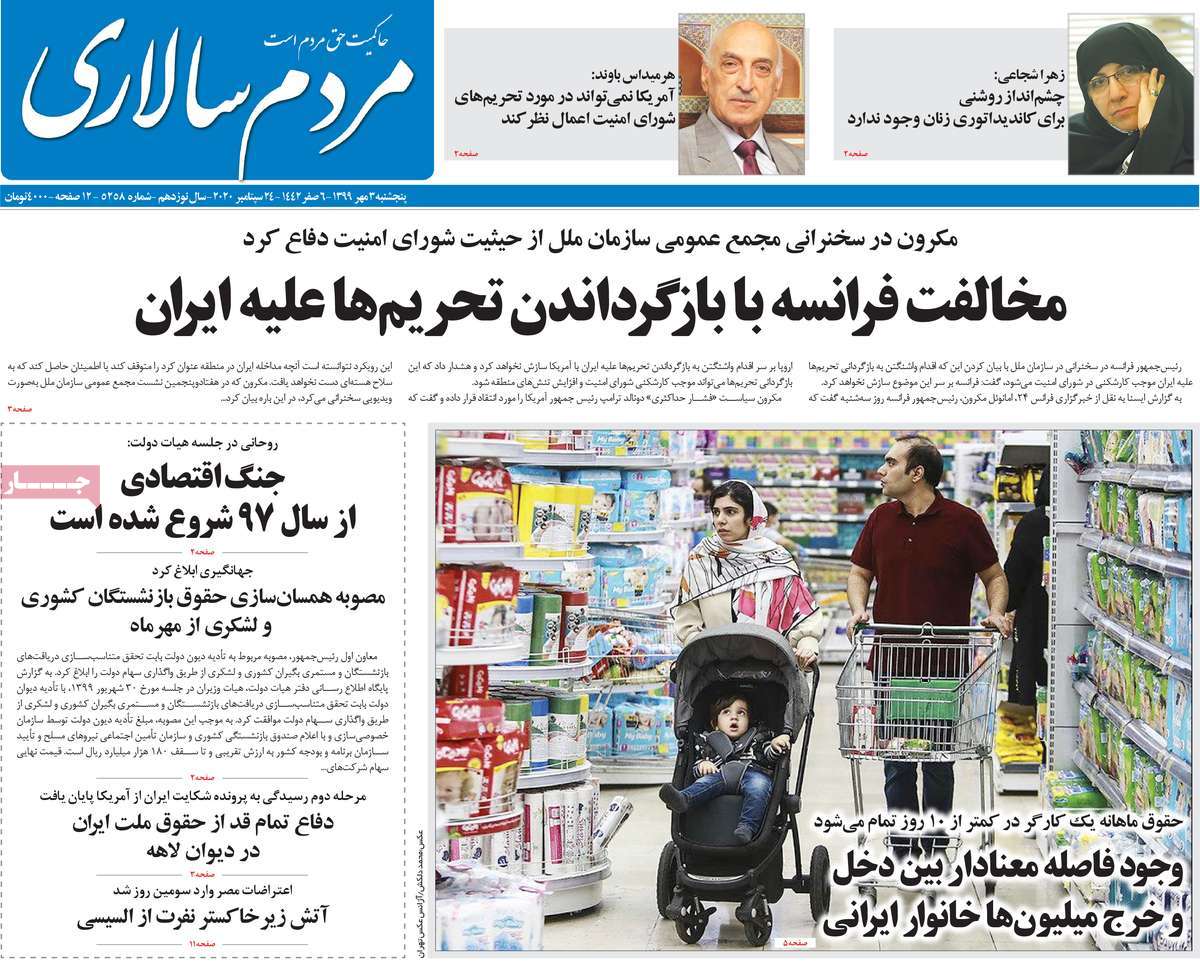 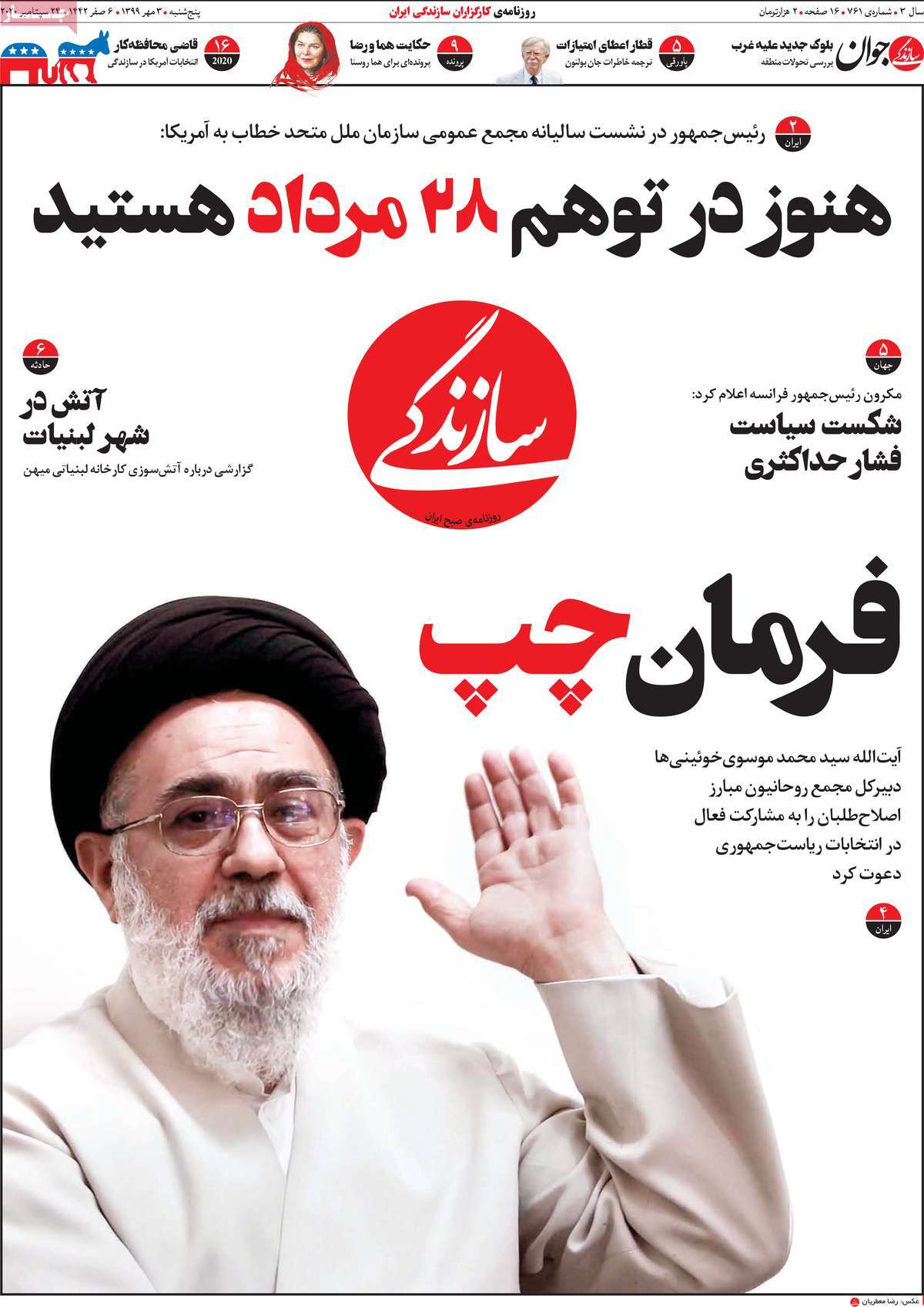 * A Look at Zarif’s Trip to Moscow 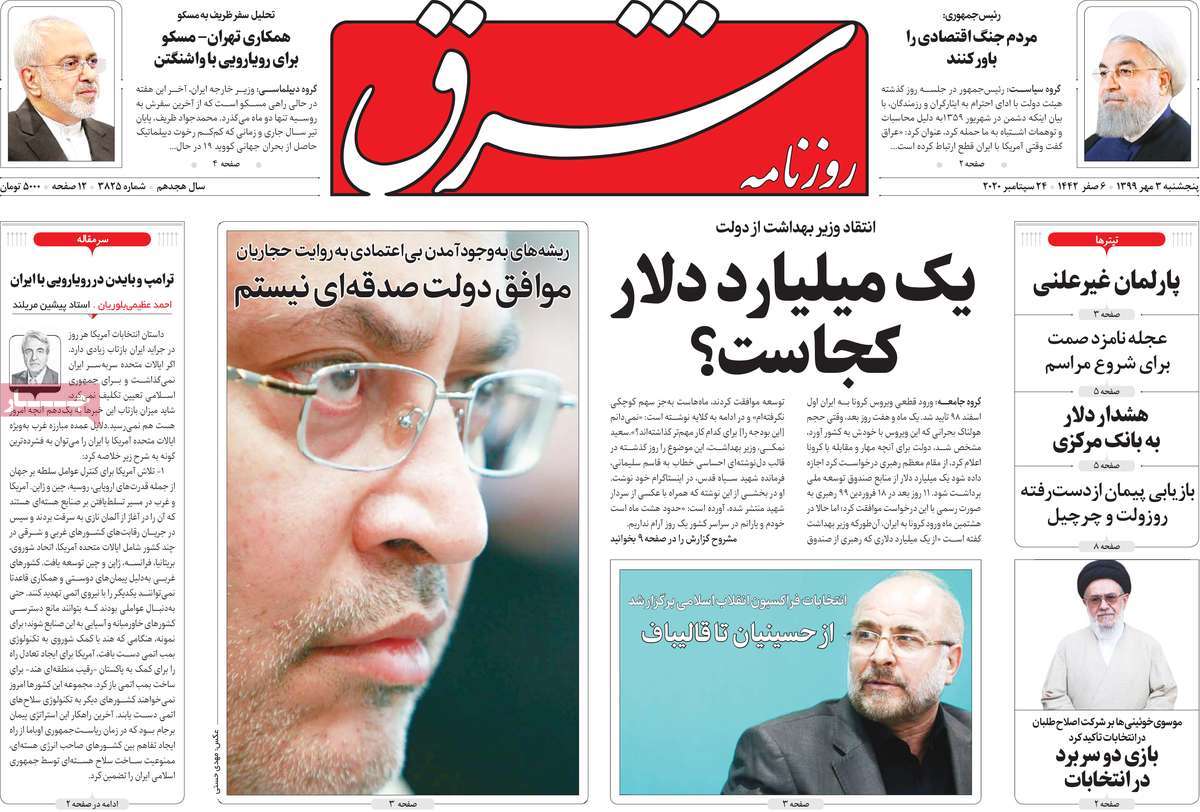