IFP has taken a look at the front pages of Iranian newspapers on Wednesday, September 2, 2020, and picked headlines from 11 of them. IFP has simply translated the headlines and does not vouch for their accuracy. 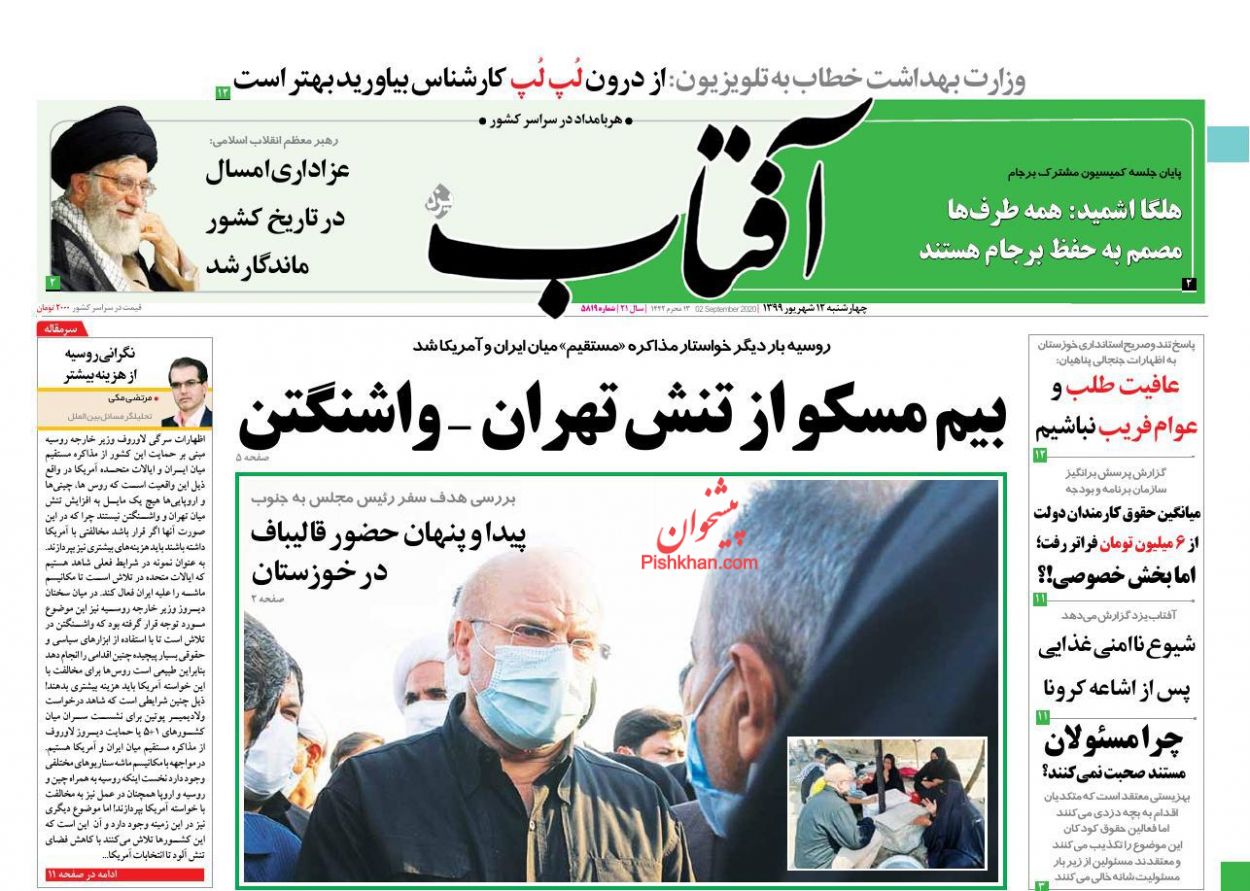 1- Iran Leader: This Year’s Mourning Ceremonies to Go Down in History 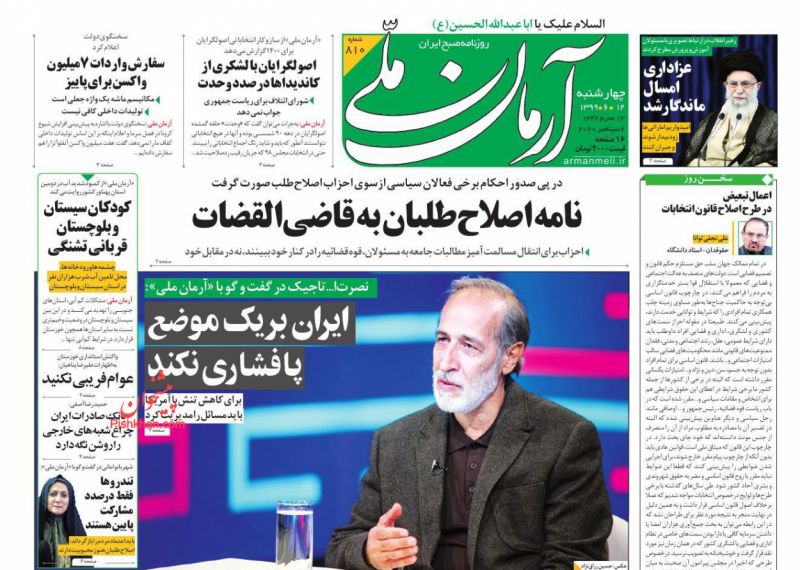 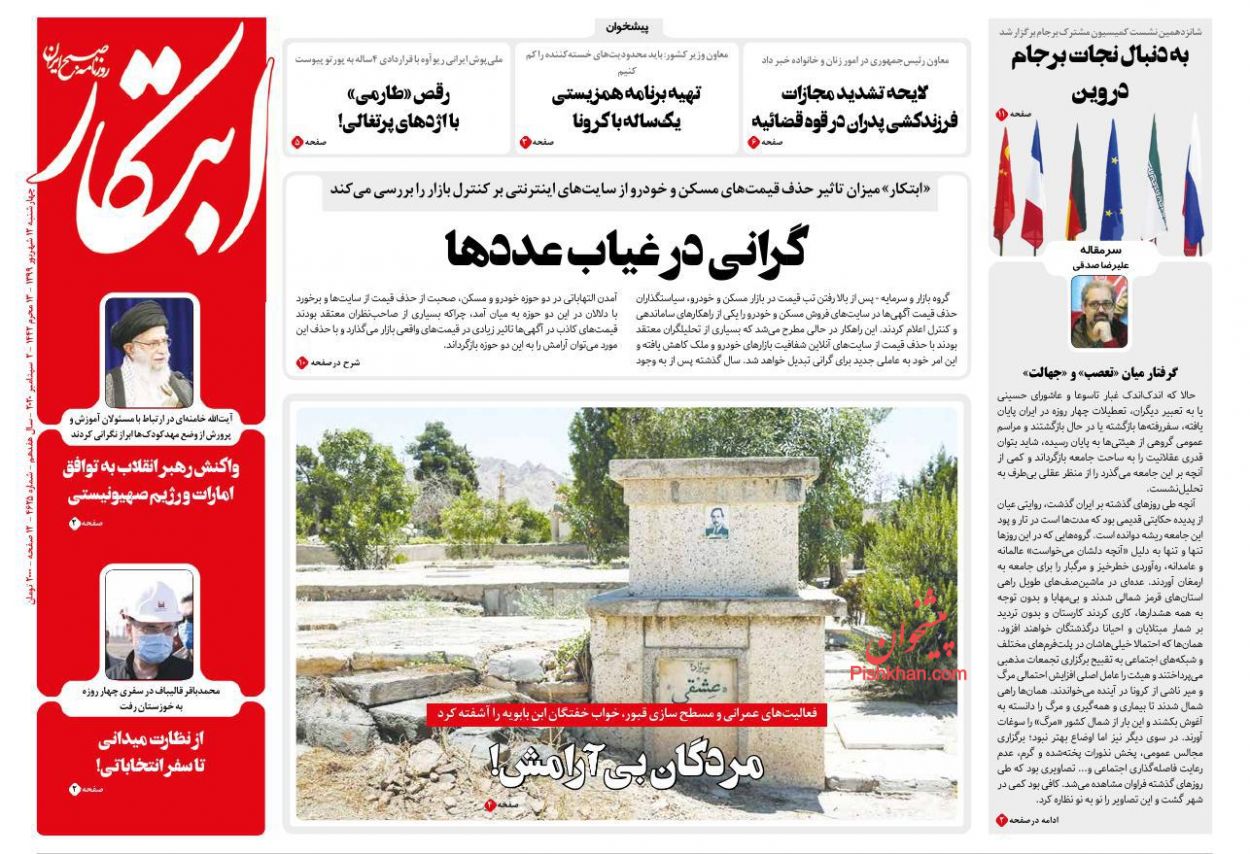 1- Iran Leader: UAE Betrayed; We Hope It Would Wake Up Soon

2- United against US Delusions: Representatives of Iran, P4+1 Support JCPOA in Vienna 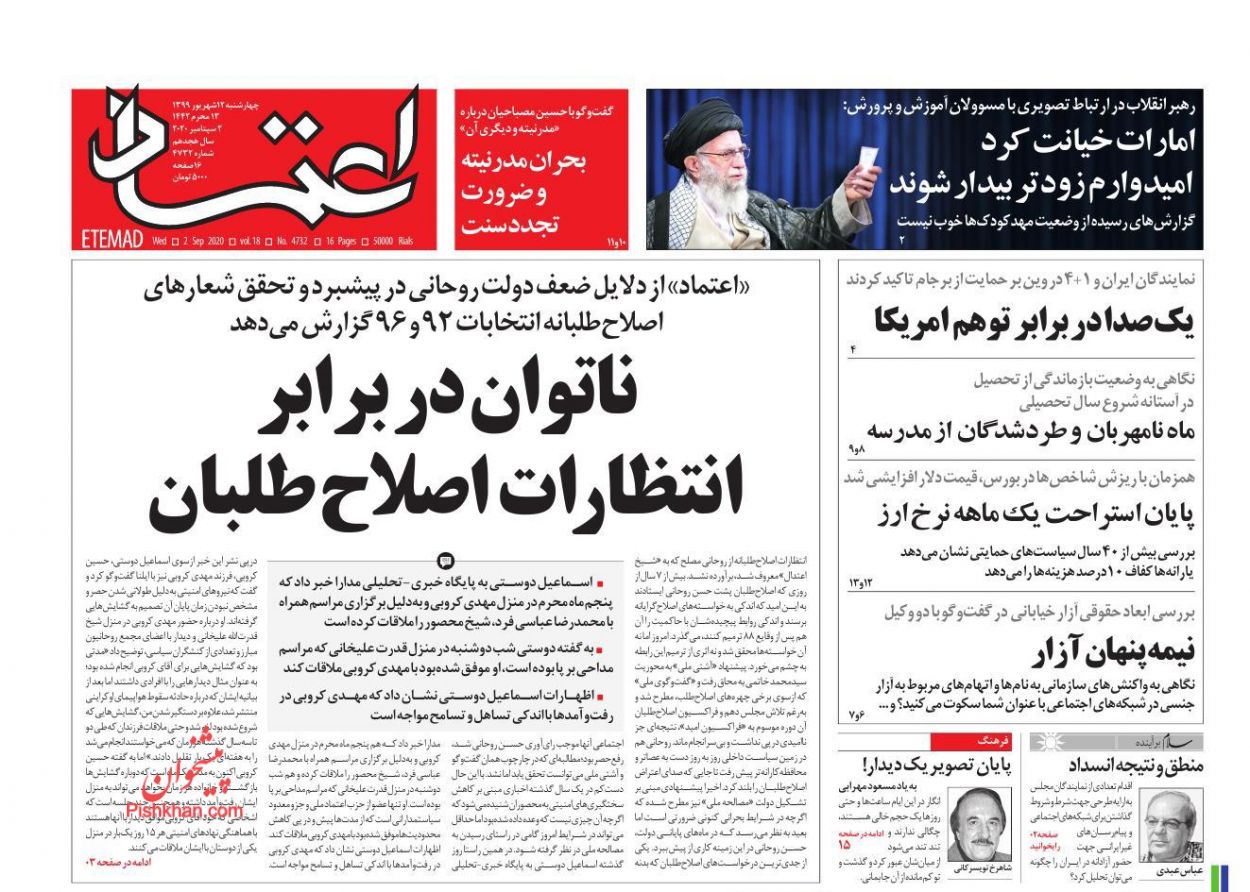 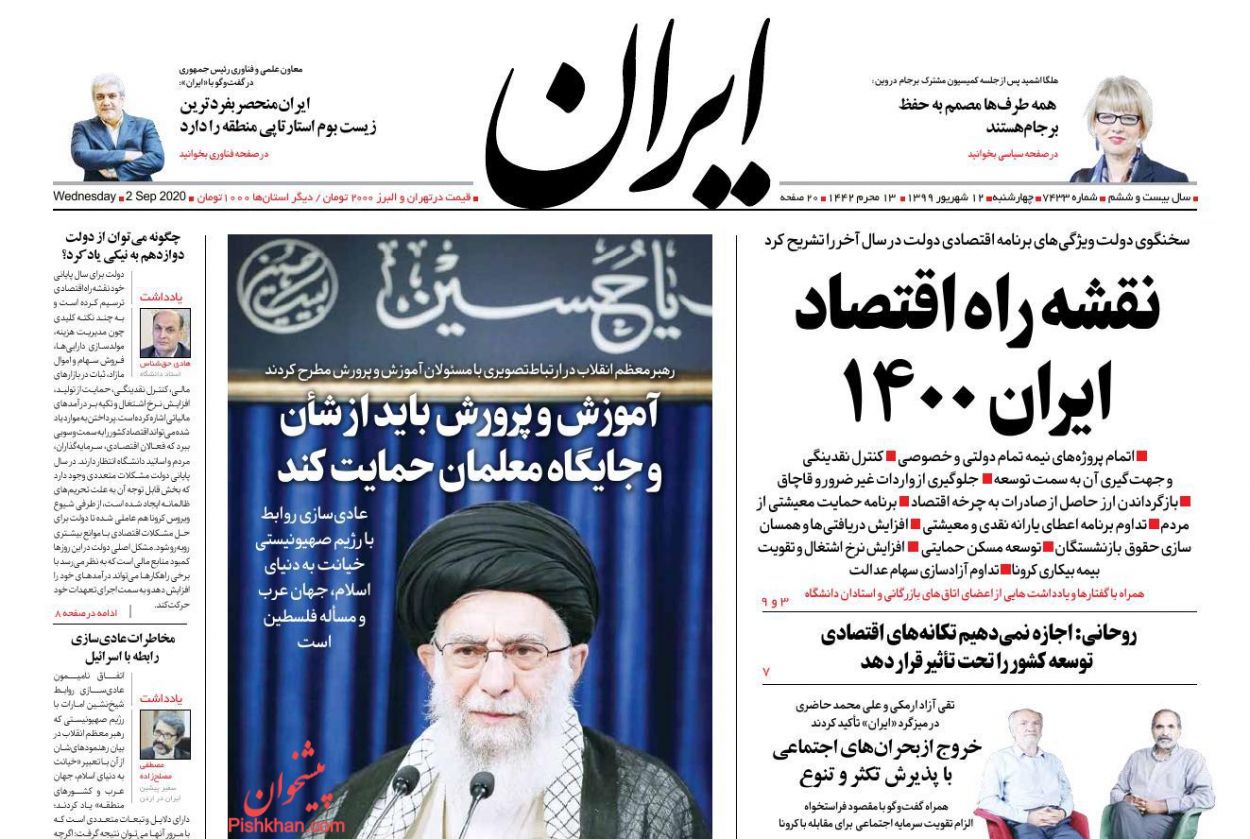 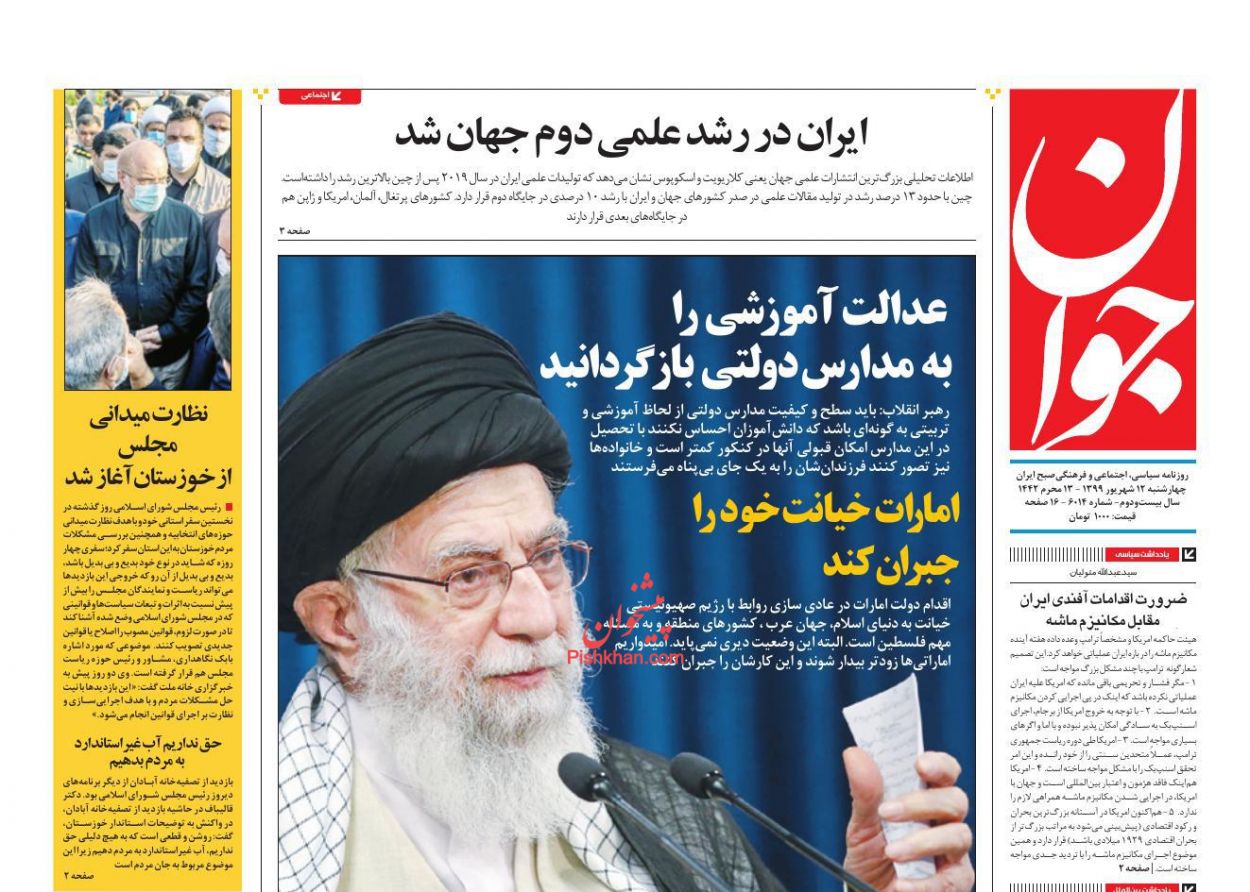 1- Iran Leader: UAE’s Betrayal of Palestine Won’t Last Long, but Stigma Will Stay with Them Forever 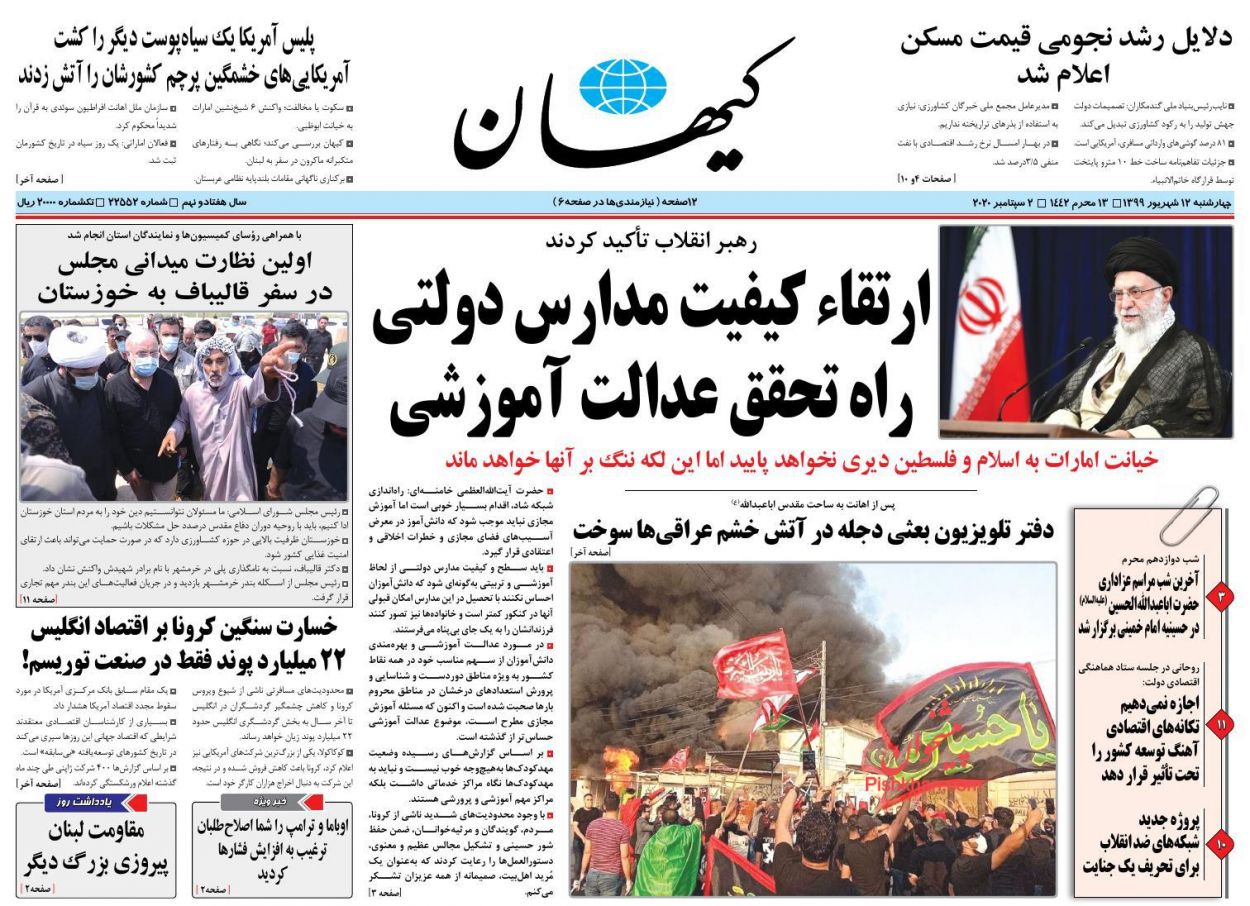 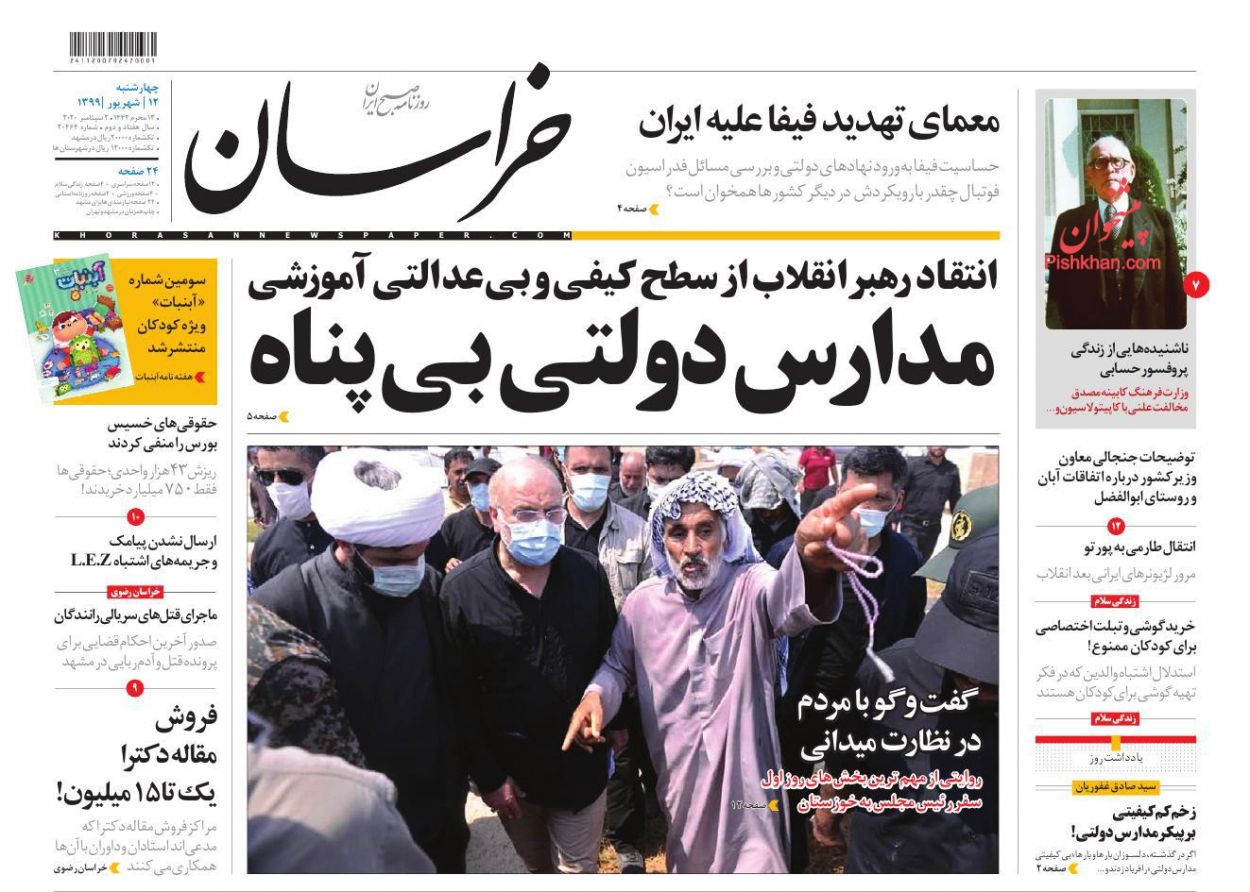 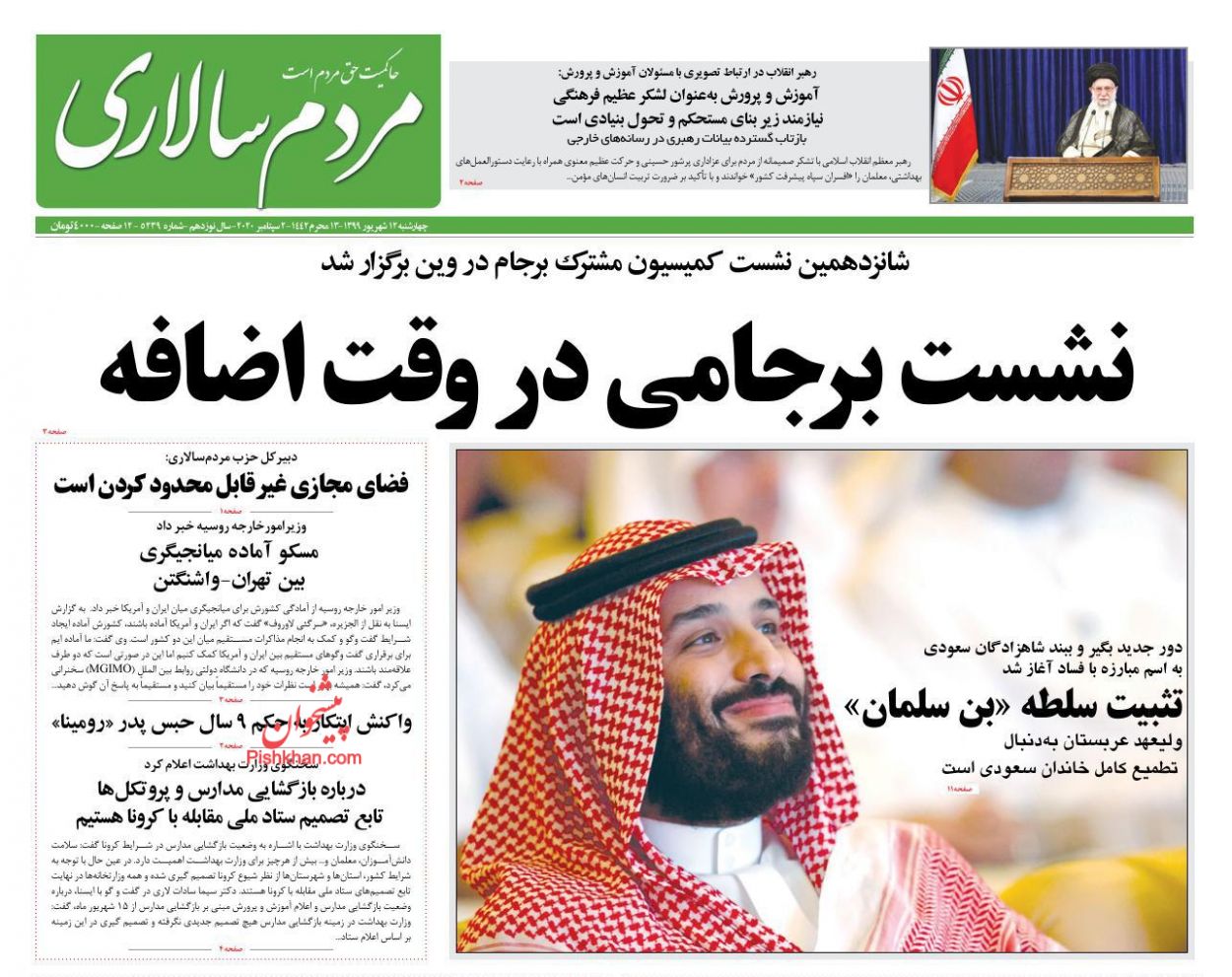 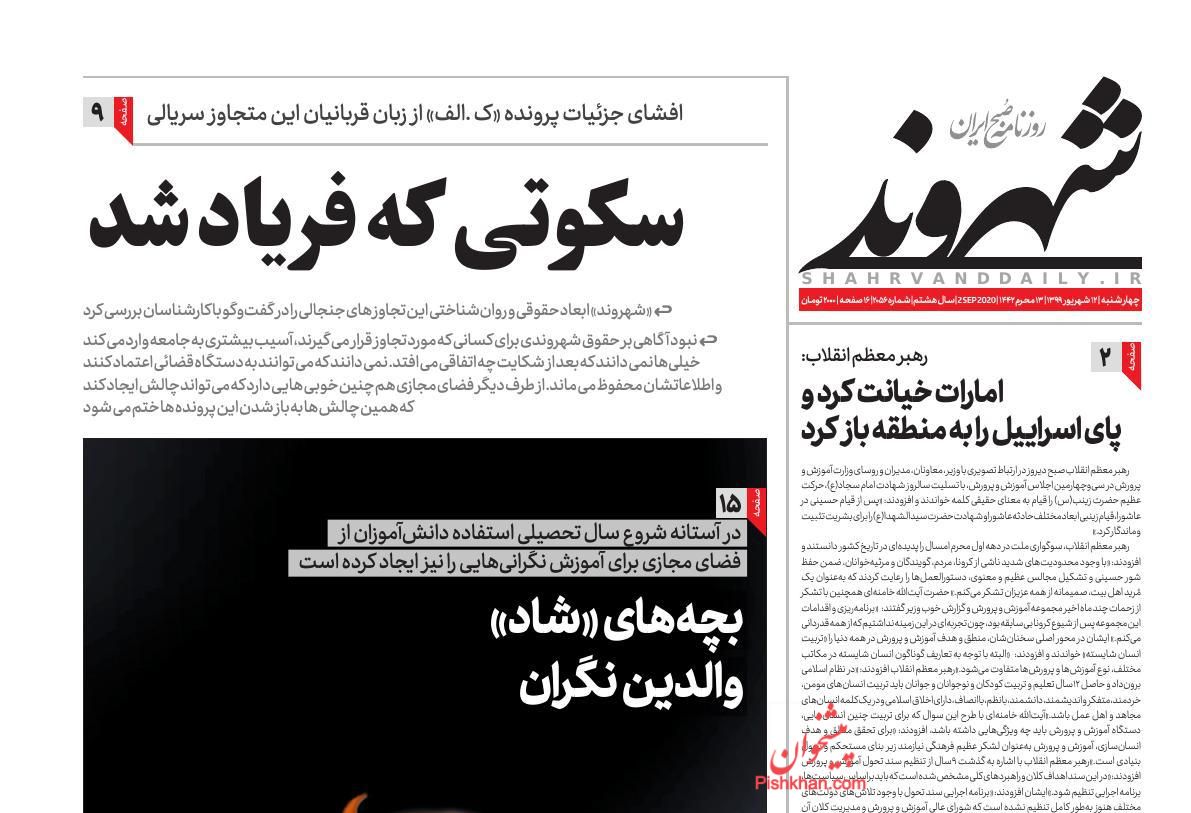 1- Leader: We Hope Emiratis Would Wake Up Soon 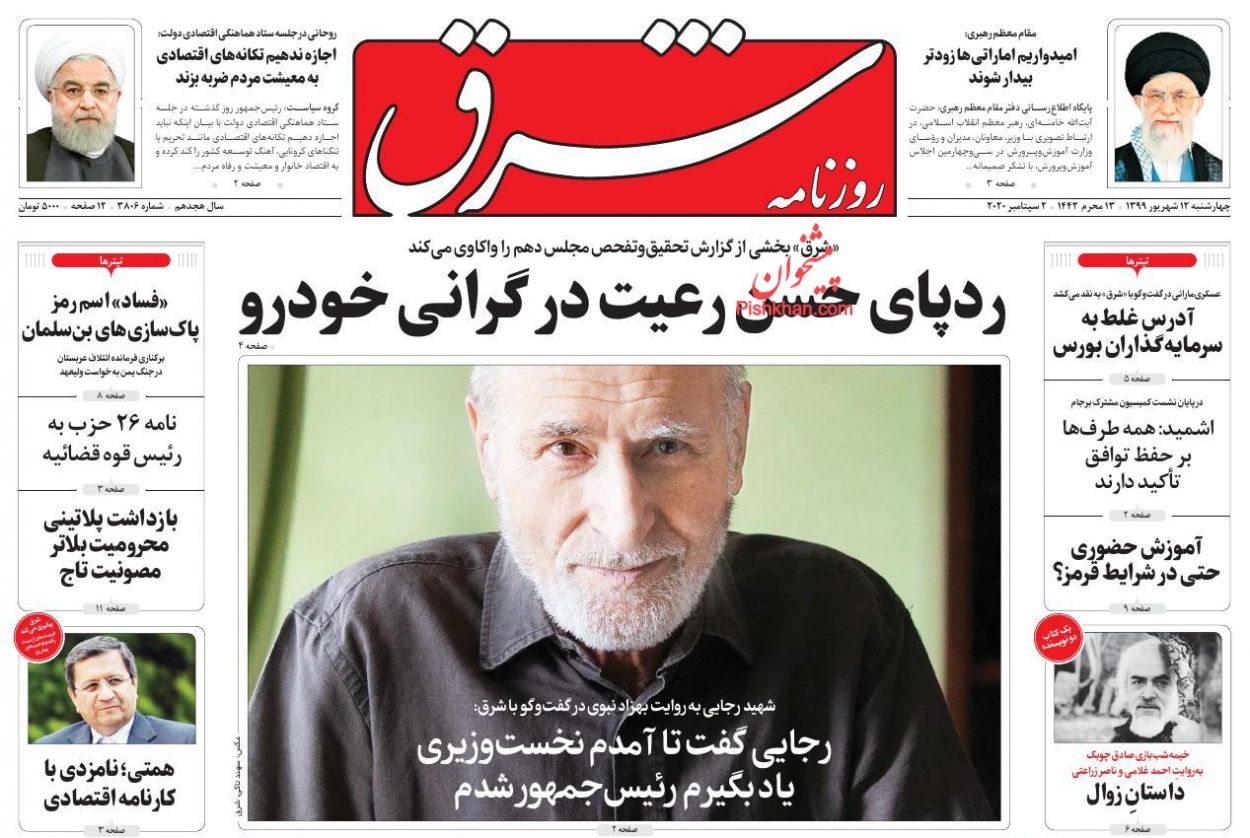