IFP has taken a look at the front pages of Iranian newspapers on Wednesday, October 9, 2019, and picked headlines from 10 of them. IFP has simply translated the headlines and does not vouch for their accuracy.

Abrar:
1- Trump to Erdogan: Turkey to Be in Big Trouble If US Lives Endangered
2- US Preparing for Drills to Defend Europe with Participation of 18 States
3- Top Diplomats of US, UK Discuss Anti-Iran Moves 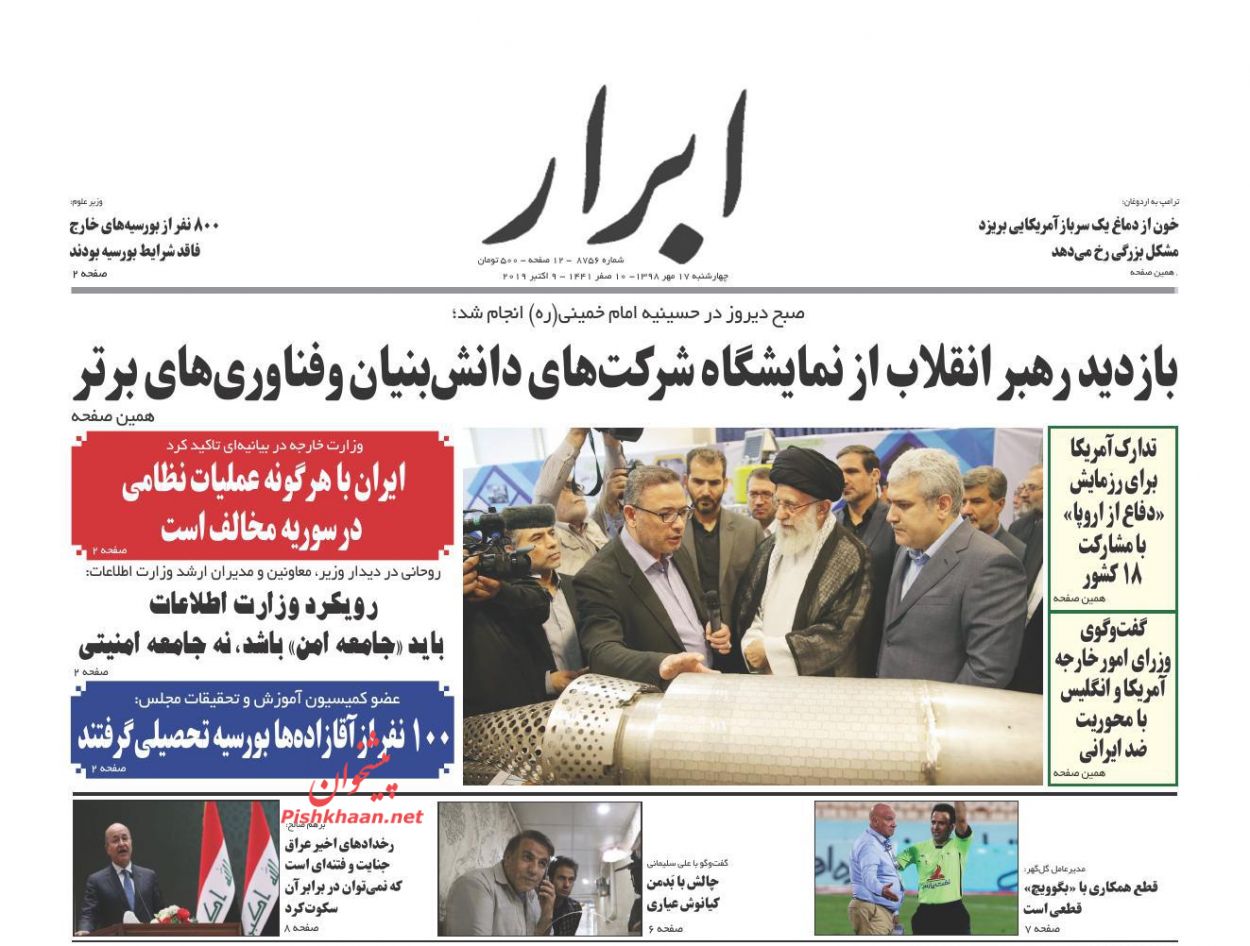 Aftab-e Yazd:
1- Saudis in Hurry, Iranians Showing Patience
* Details of Abdul-Mahdi’s Efforts to Mediate between Tehran and Riyadh
2- Propaganda Moves by Two Presidents
* Why Turkey Attacks Northern Syria, US Leaves the Region
3- US Hotel Not Allowed to Sell Even Bottle of Water to Zarif 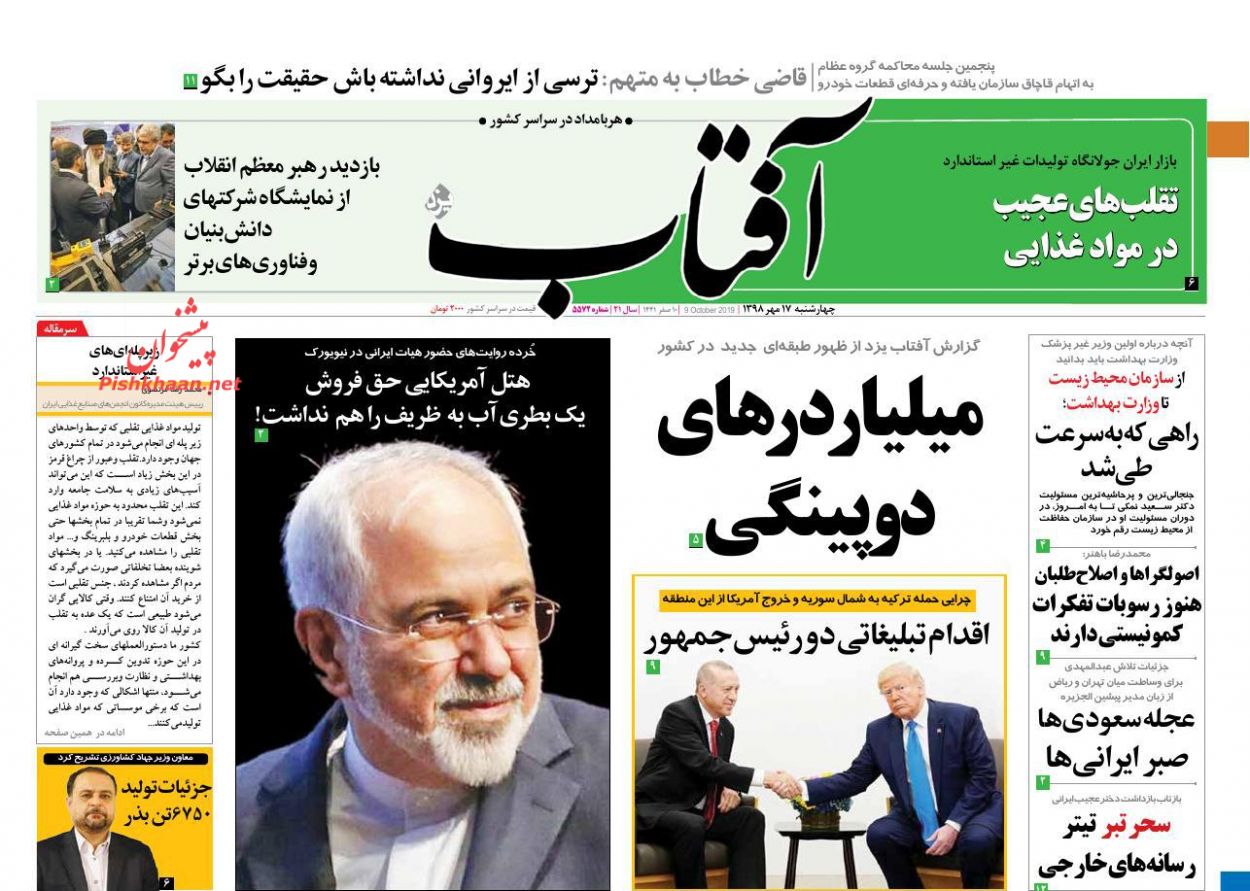 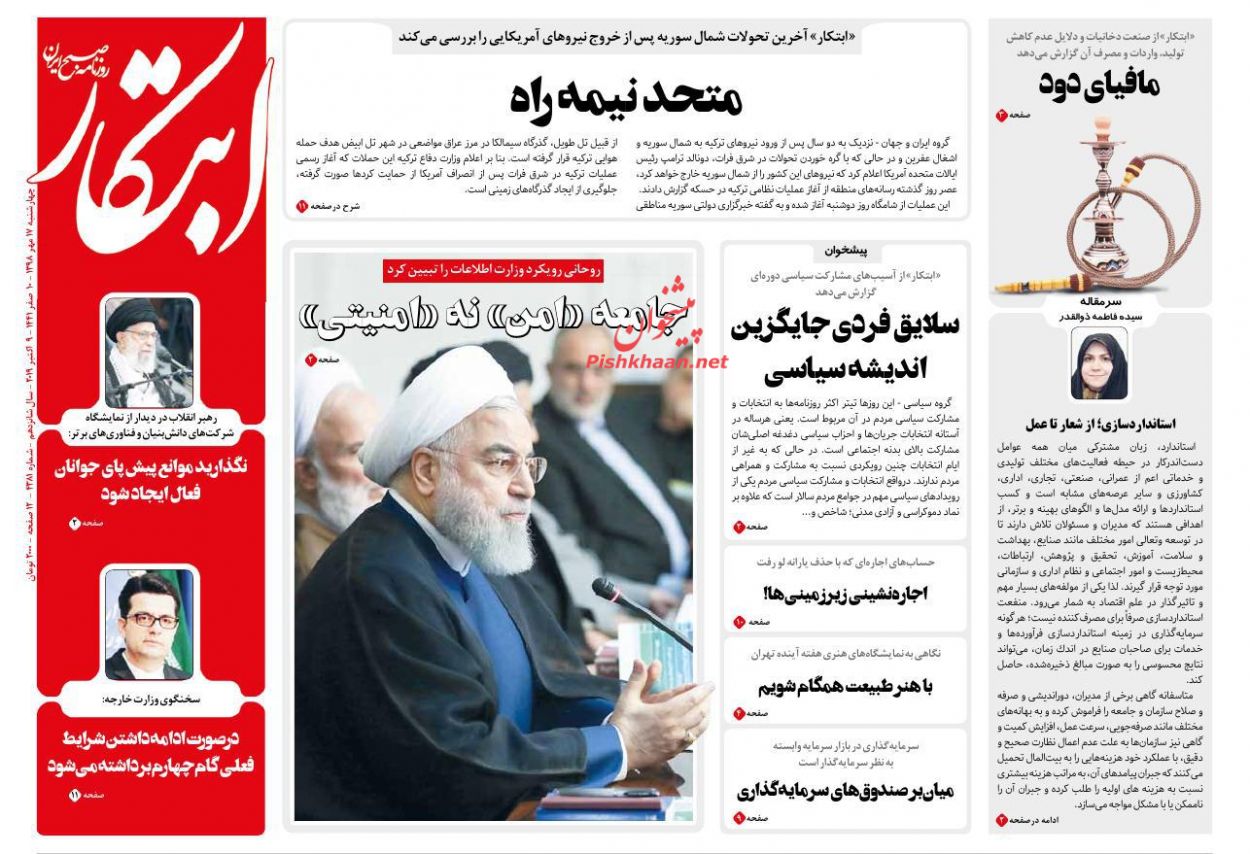 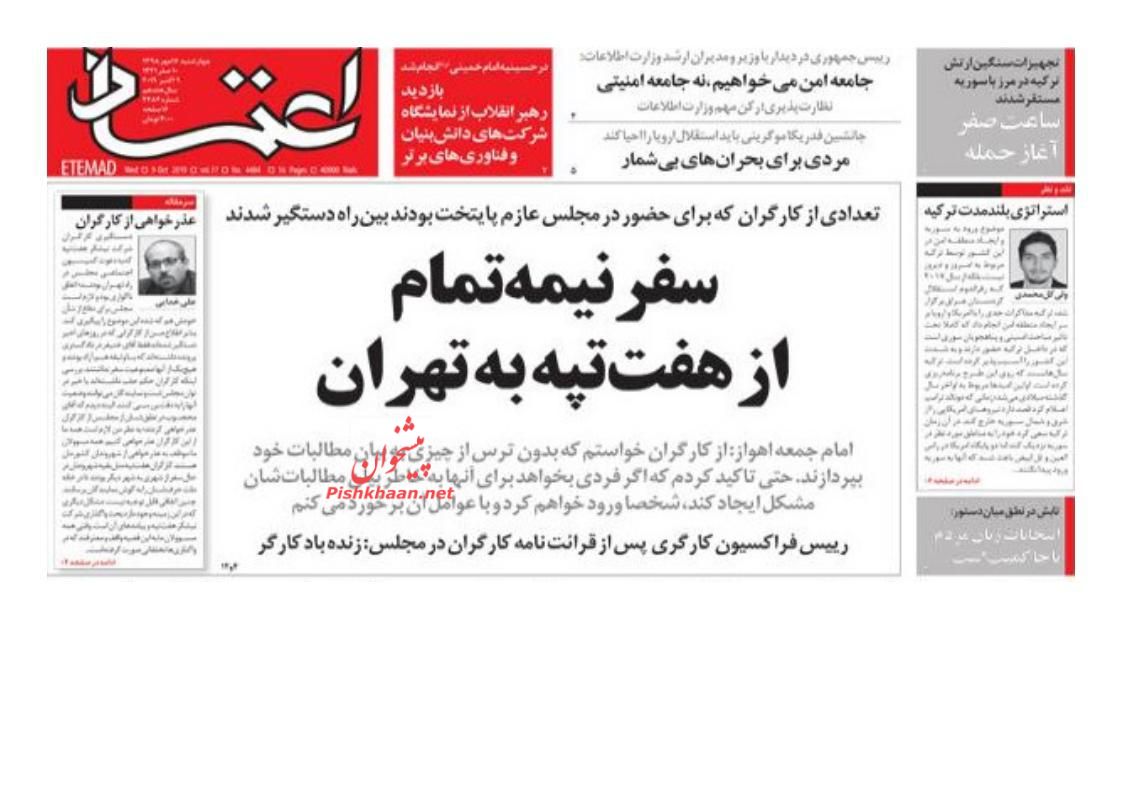 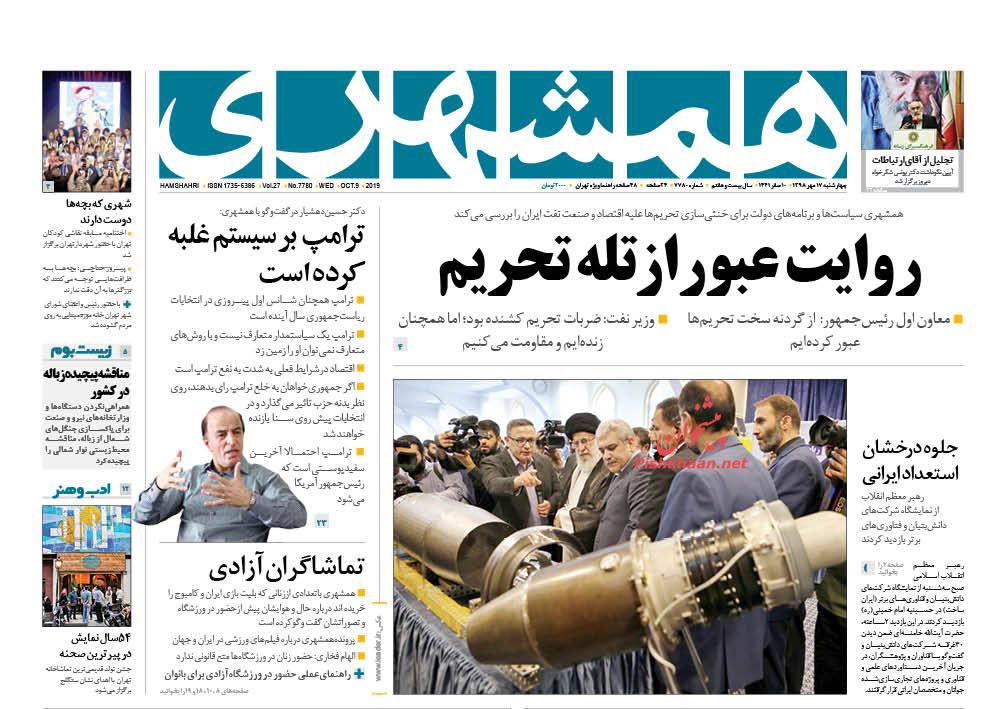 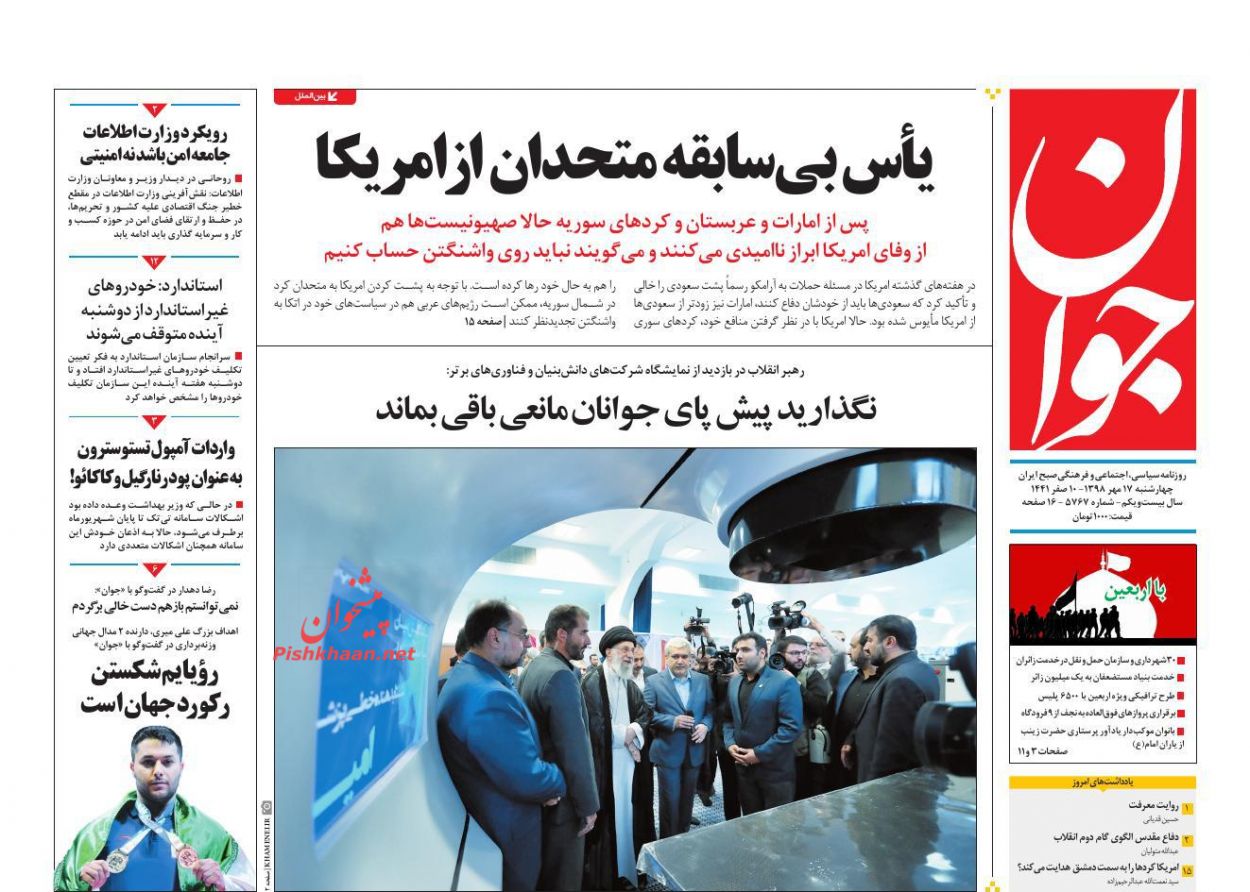 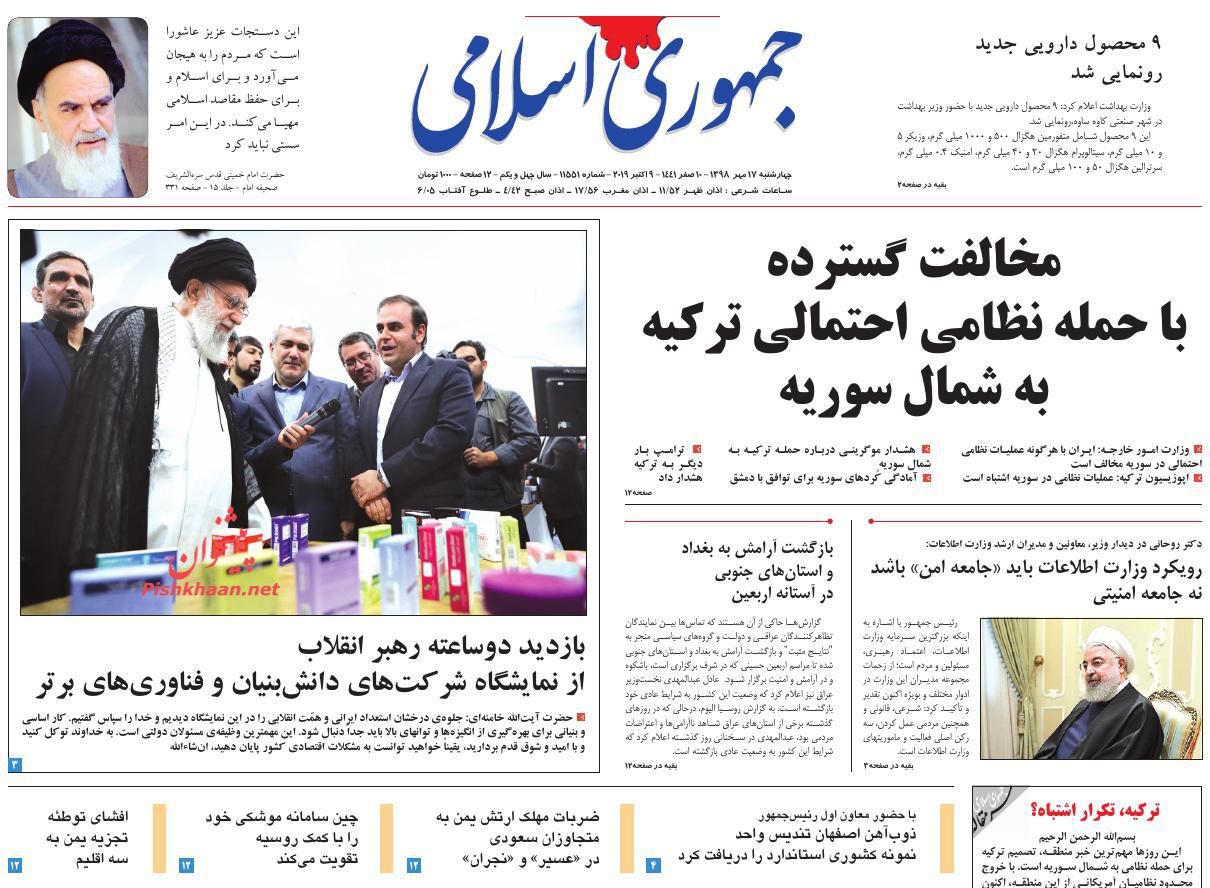 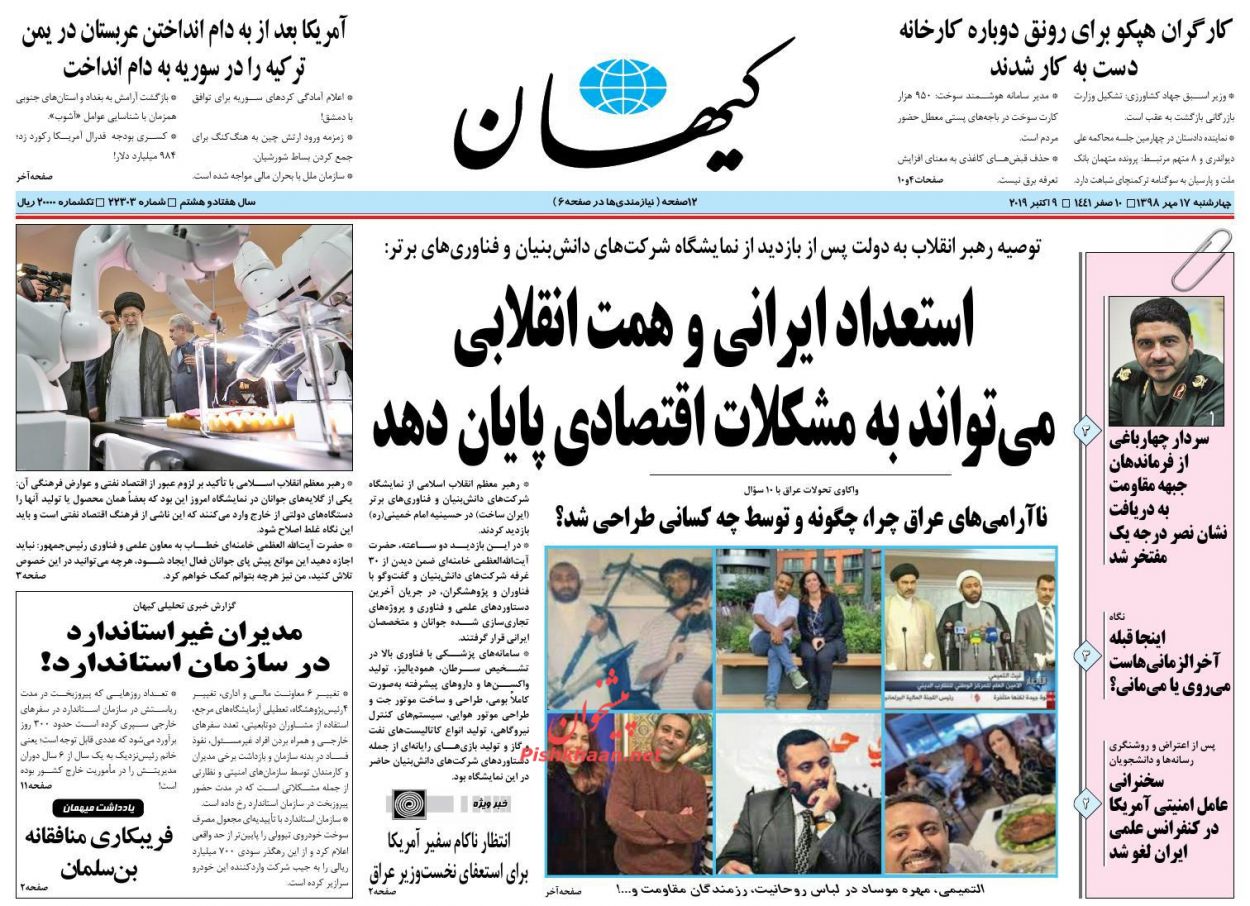 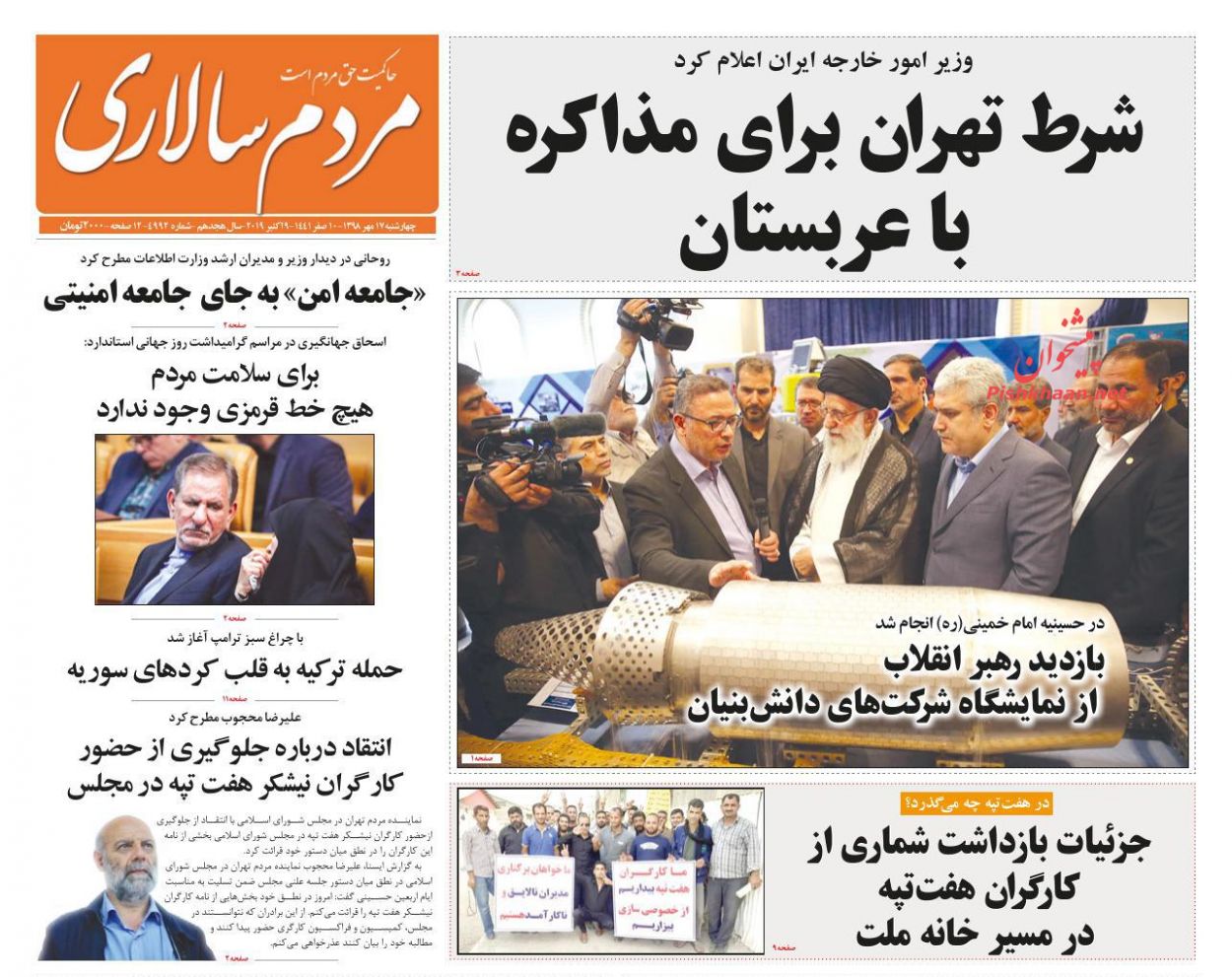 1- Intelligence Rise against US President

2- Point of Trump’s Support for Trump in Ukrainegate 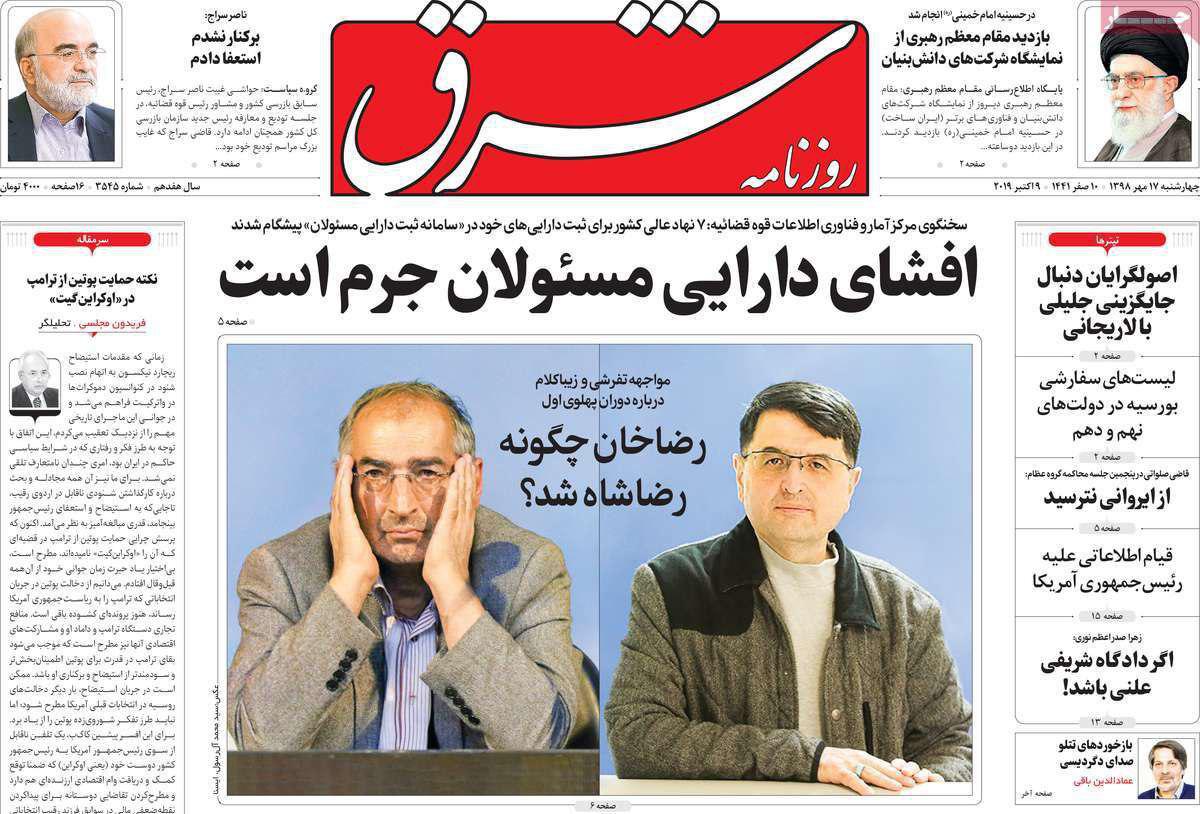