IFP has taken a look at the front pages of Iranian newspapers on Thursday, October 15, 2020, and picked headlines from 12 of them. IFP has simply translated the headlines and does not vouch for their accuracy. 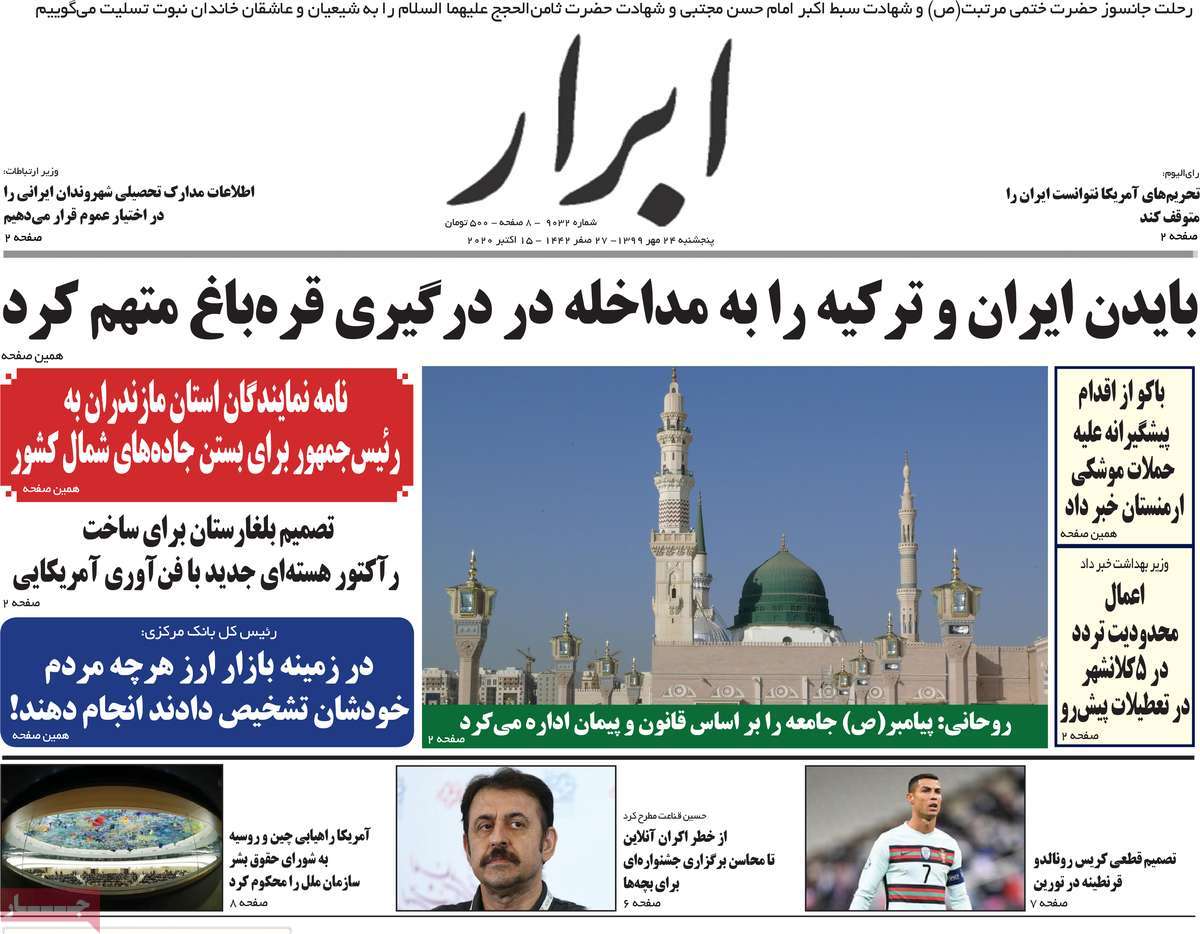 1- Has ISIS Returned to Region? 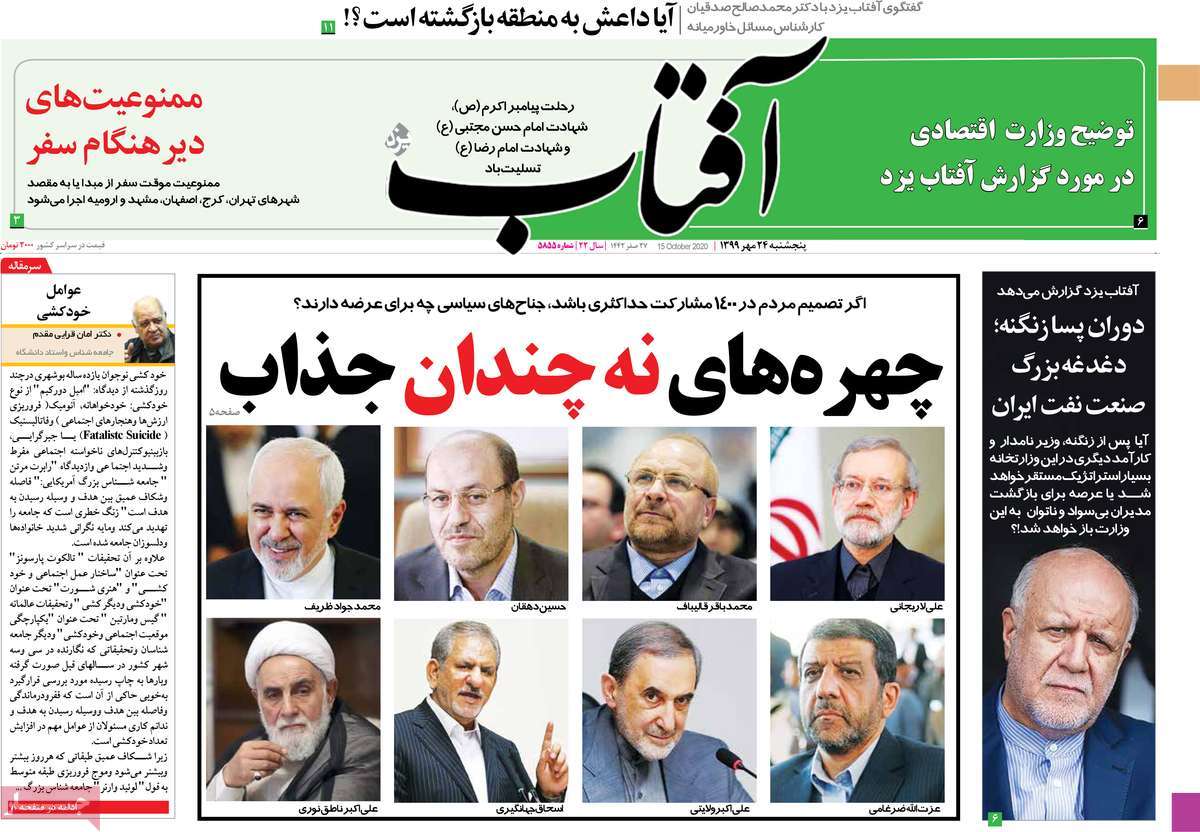 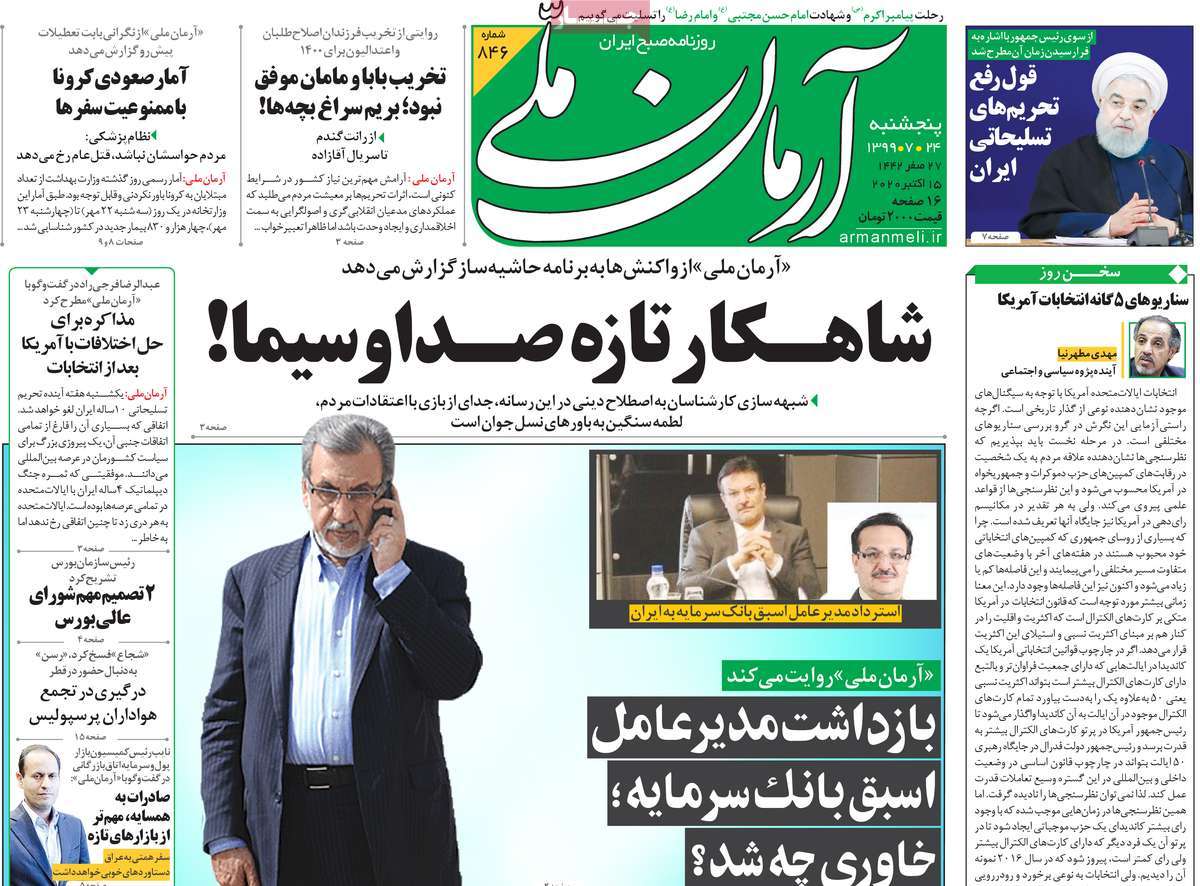 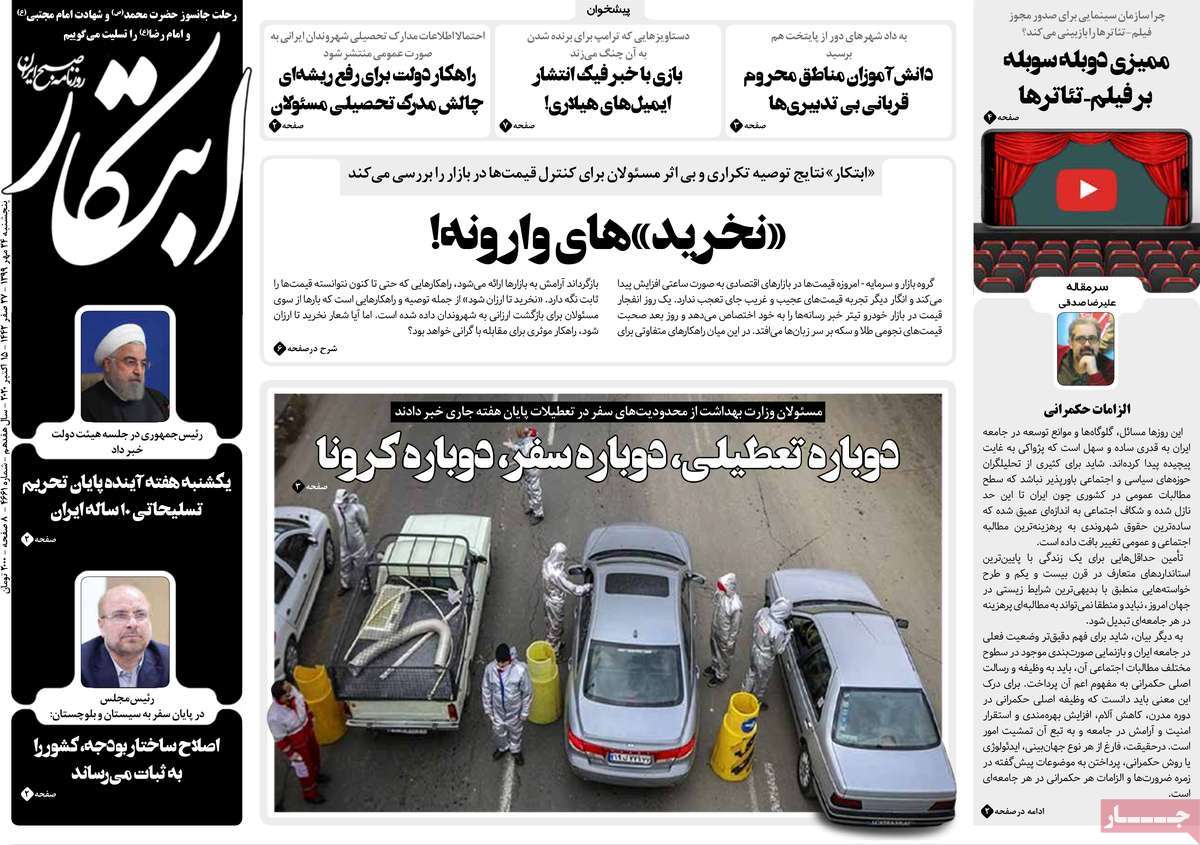 1- Fear and Loathing of Donald Trump in the EU 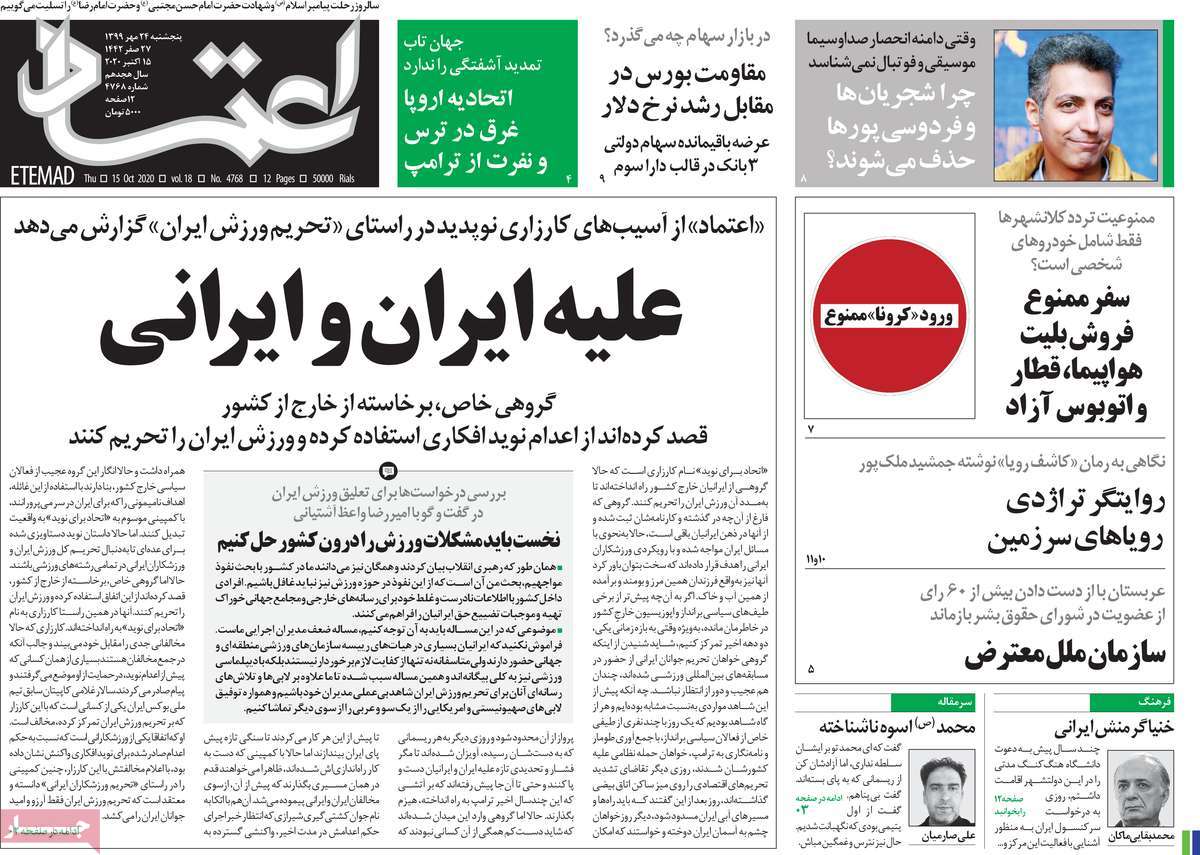 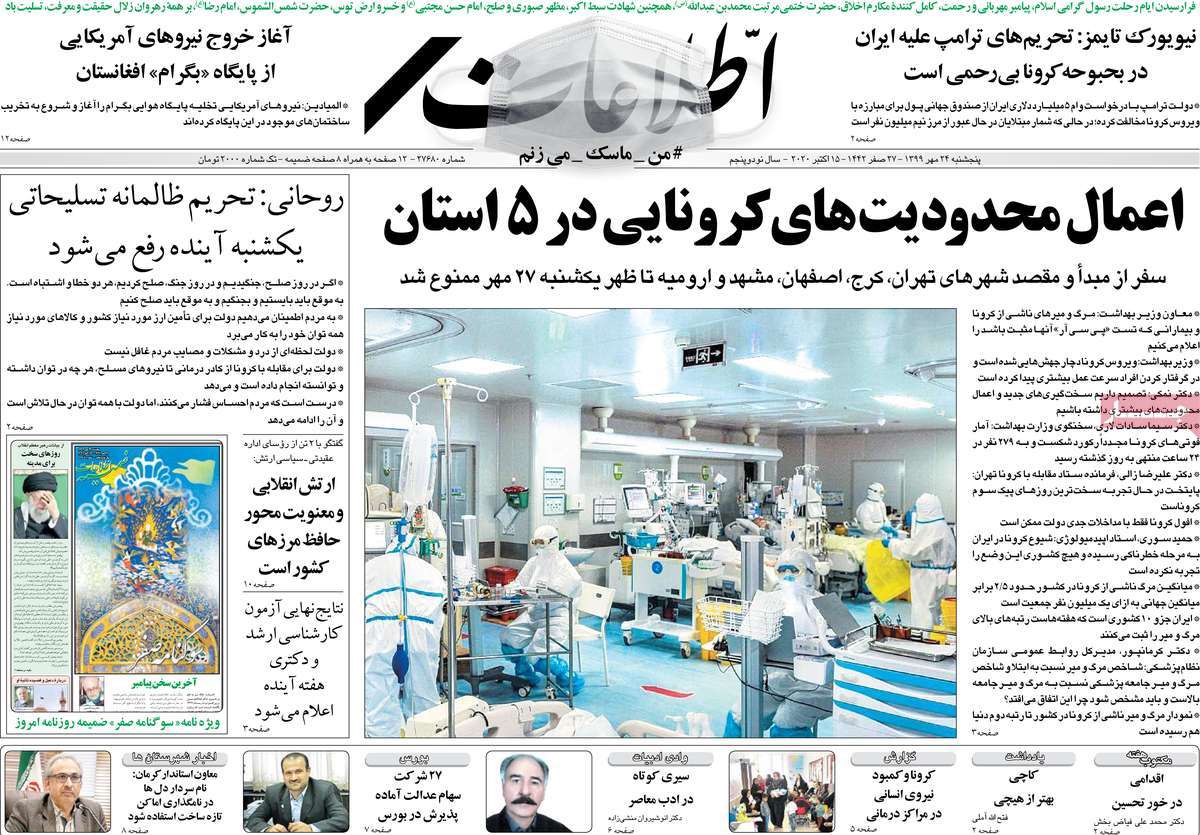 1- You Must Make Peace When It’s Time for It: Rouhani 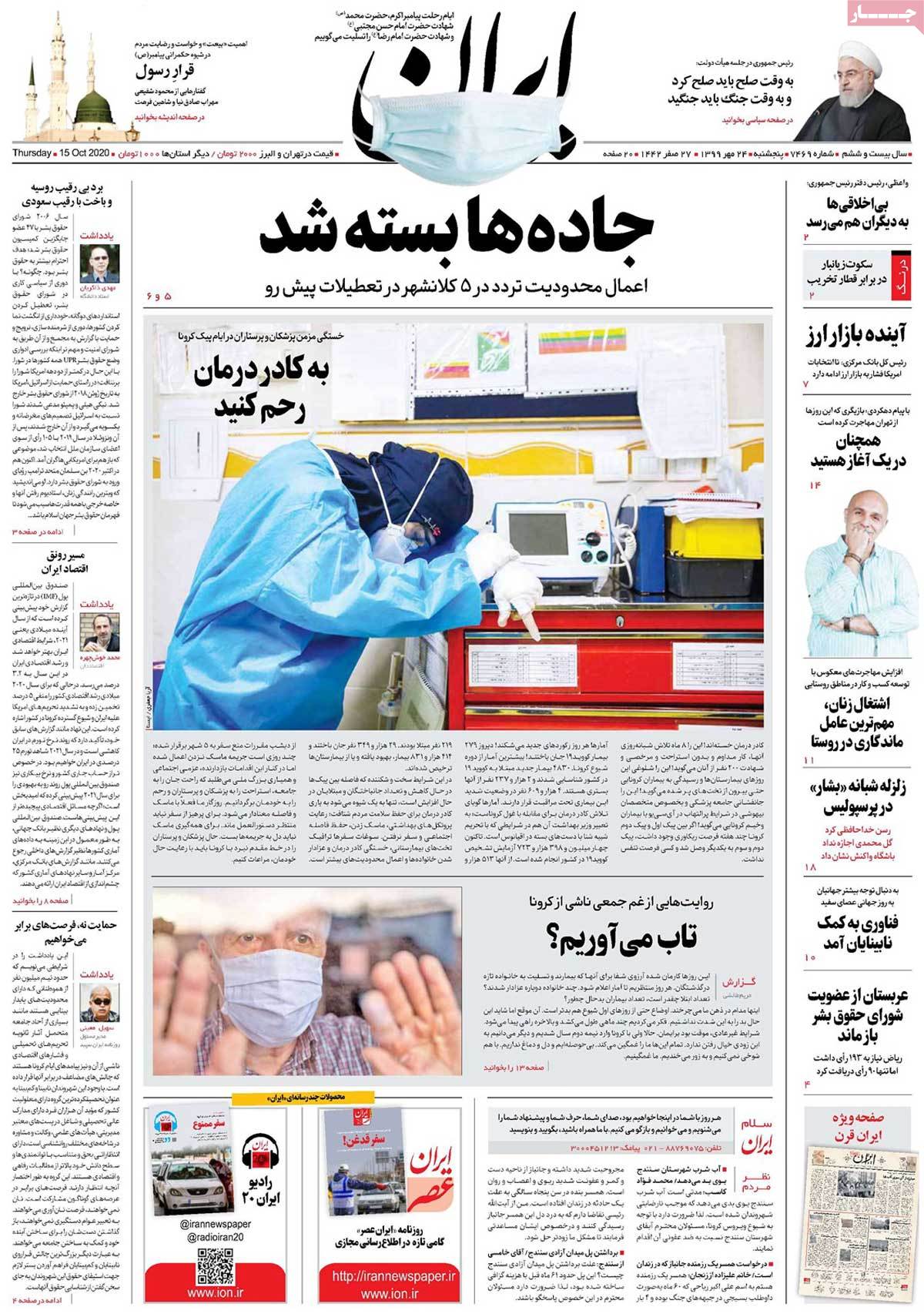 1- Iran’s Top Banker: We’ll Use Our $5 Billion Worth of Assets in Iraq 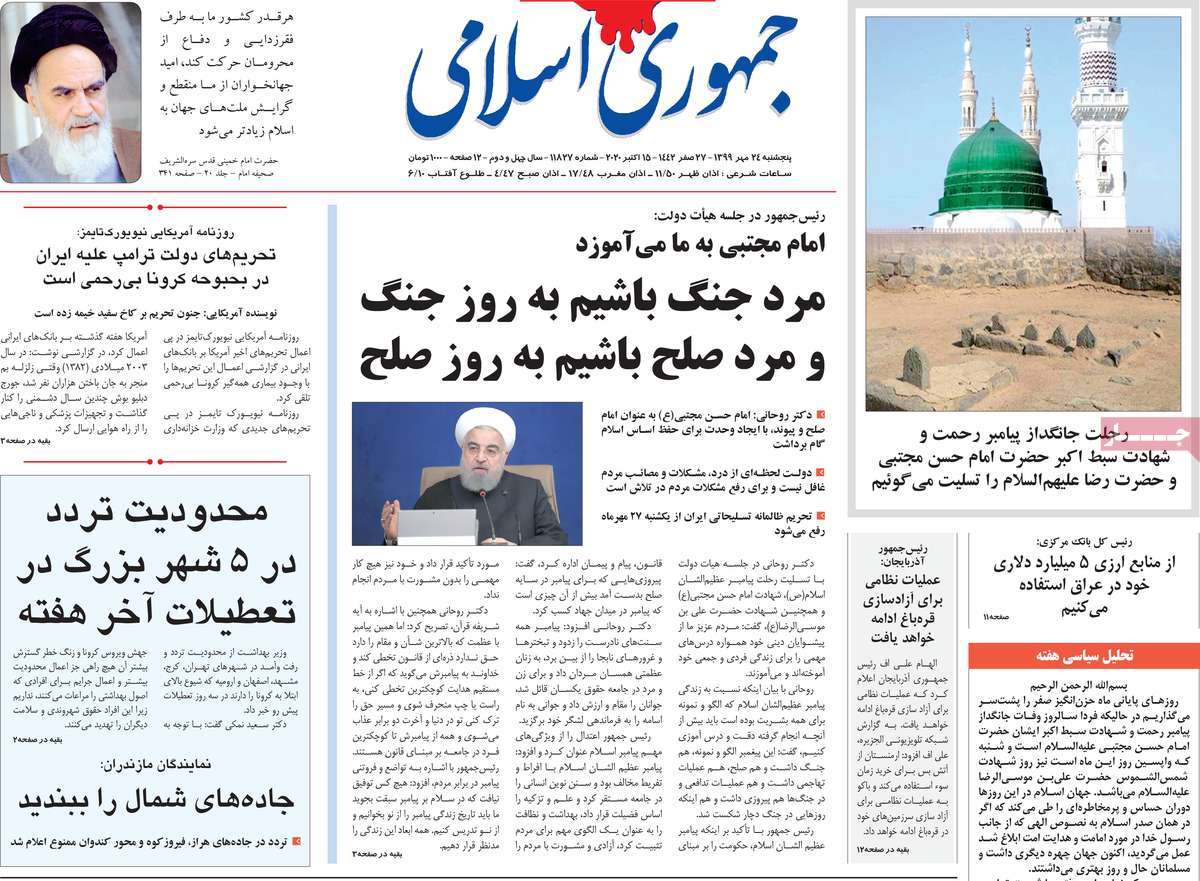 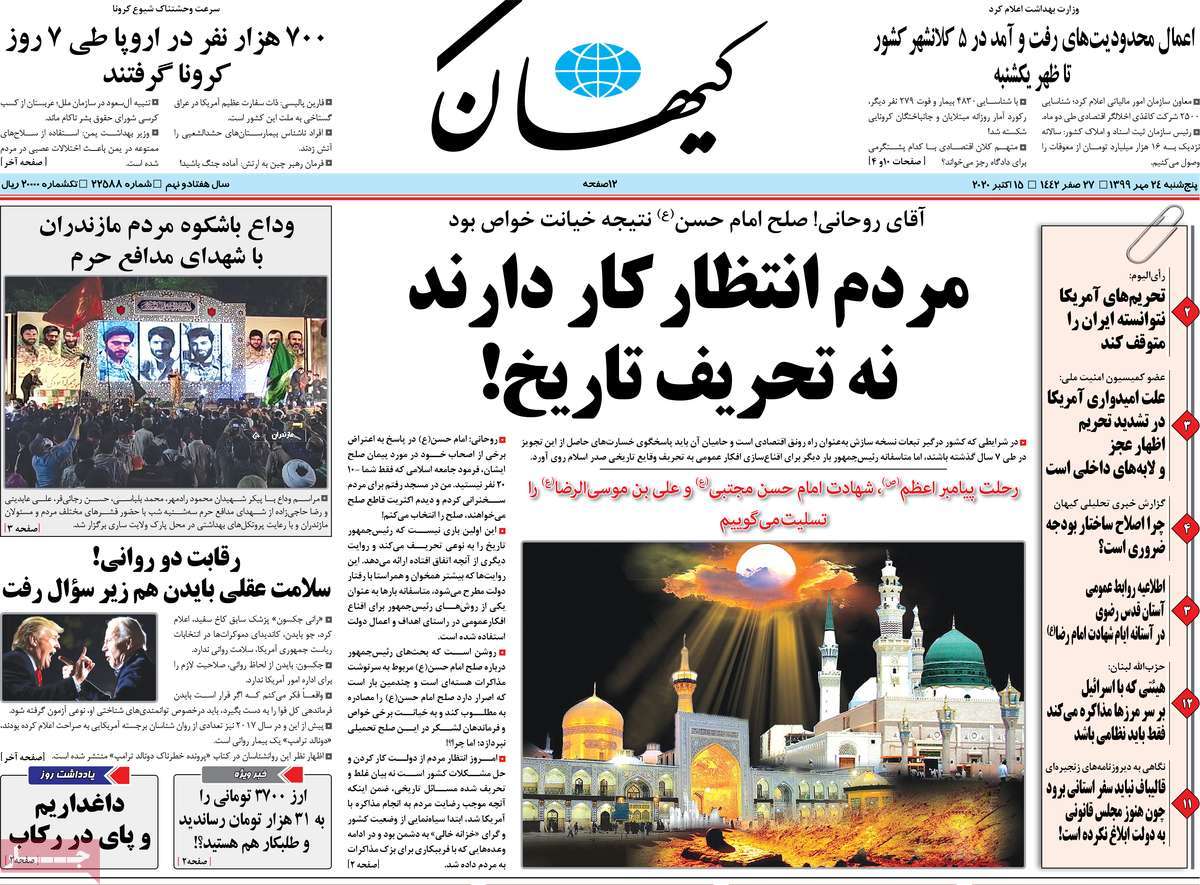 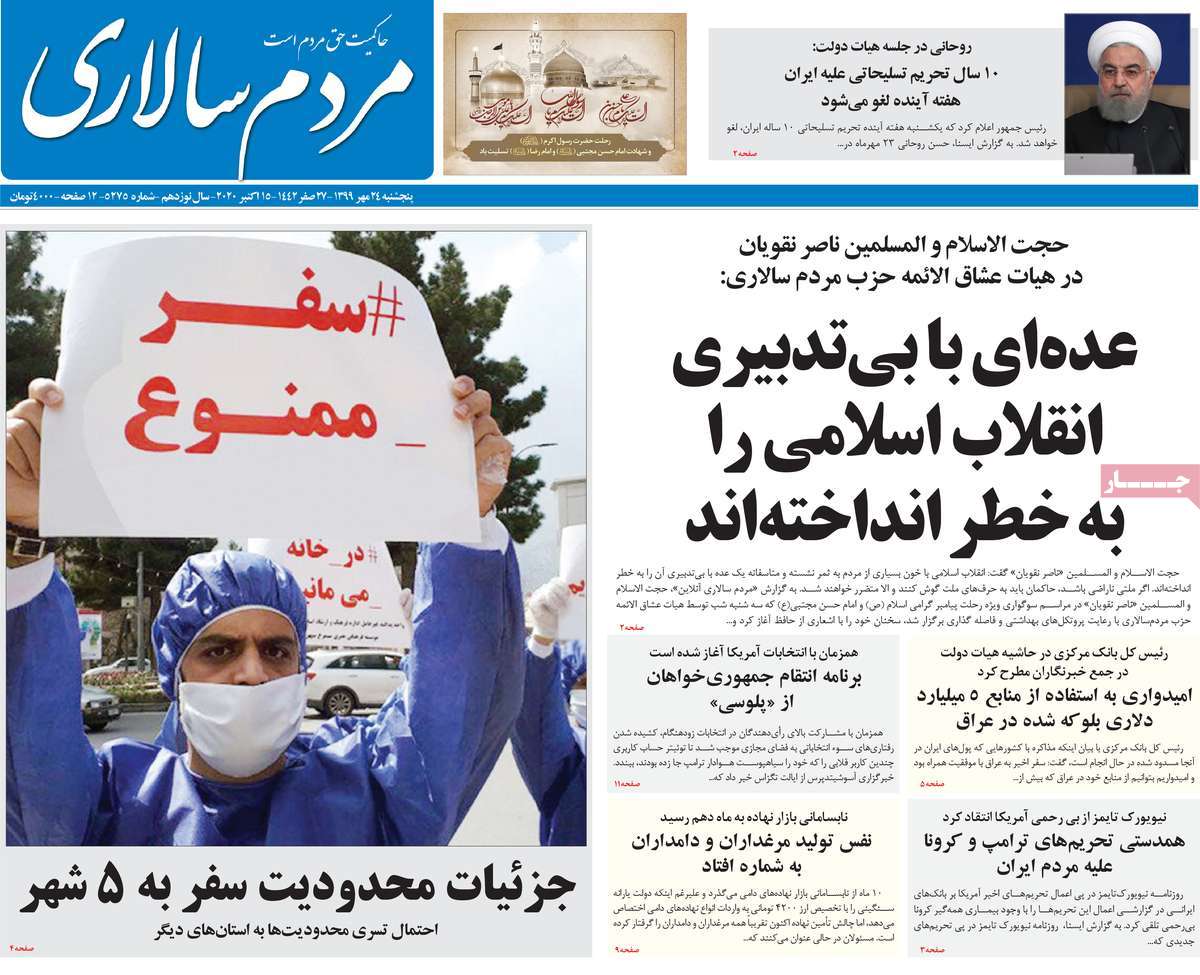 1- Rouhani: We Should Go to War at Right Time and Make Peace at Right Time; Fighting in Time of Peace Is Wrong 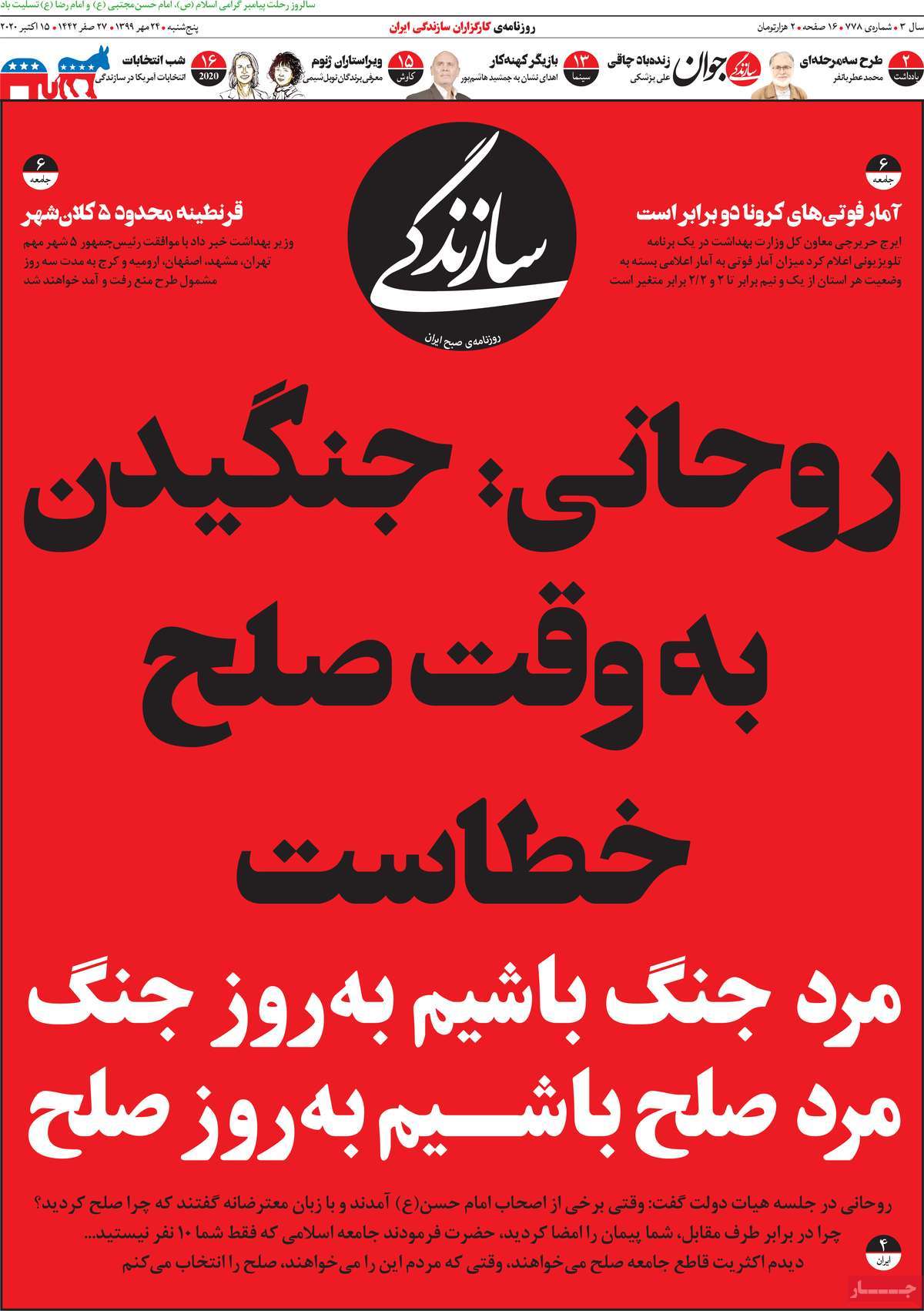 1- Economic Situation to Get Better in Coming Months: Rouhani

3- US against US: Biden a Nightmare for Saudi, Bin Salman 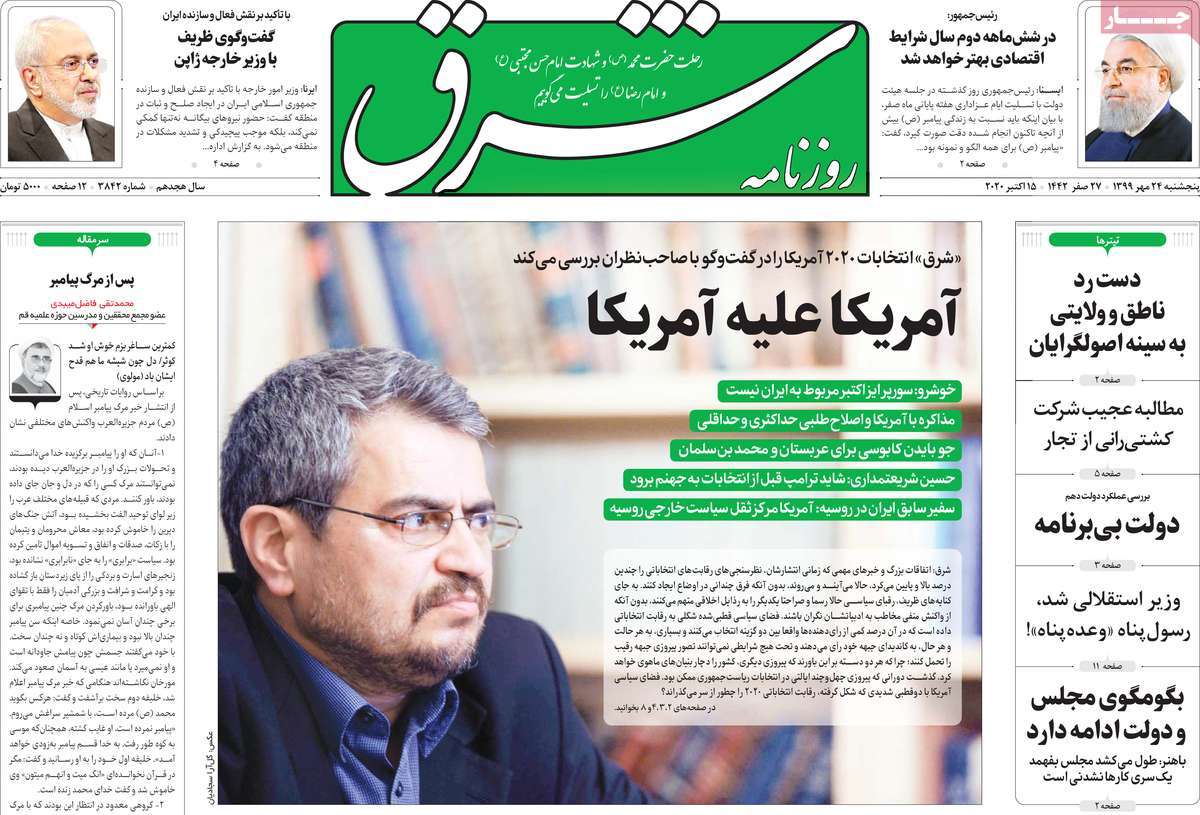