A look at Iranian newspaper front pages on May 9

Nationwide rallies in support of the Yemeni people and condemnation of Saudi airstrikes against innocent people in Yemen dominated the front pages of Iranian newspapers. The championship of the Iranian freestyle wrestling team in Asia also appeared on the covers of dailies.

Abrar: “Parliament is working on a motion to stop the privatization of the capital’s powerhouse football clubs: Esteghlal and Persepolis,” a member of the chamber’s sports caucus said.

Abrar: People in Tehran have staged a rally in support of the Yemeni nation. 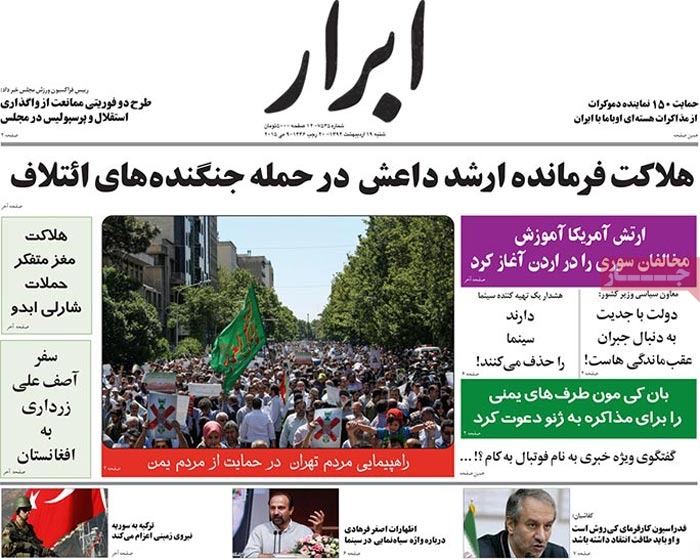 Aftab-e Yazd: “Ahmadinejad should not have remained president even for one day,” said Tehran MP Ali Motahari. 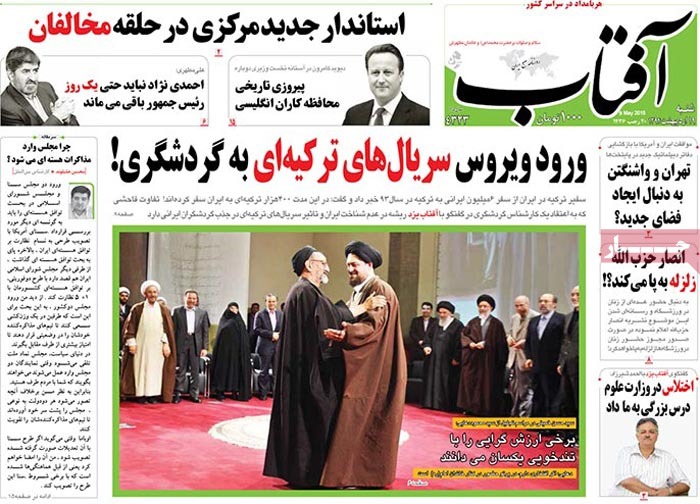 Arman-e Emrooz: Tehran traffic police chief has said that a crackdown on those who “drive around aimlessly after dark” has gotten underway. 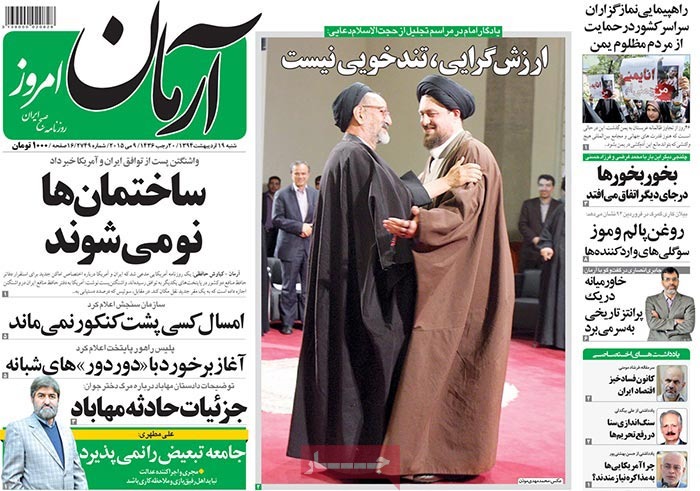 Ebtekar: The Guardian Council has given the go-ahead to feasibility studies to move the country’s administrative and political capital. 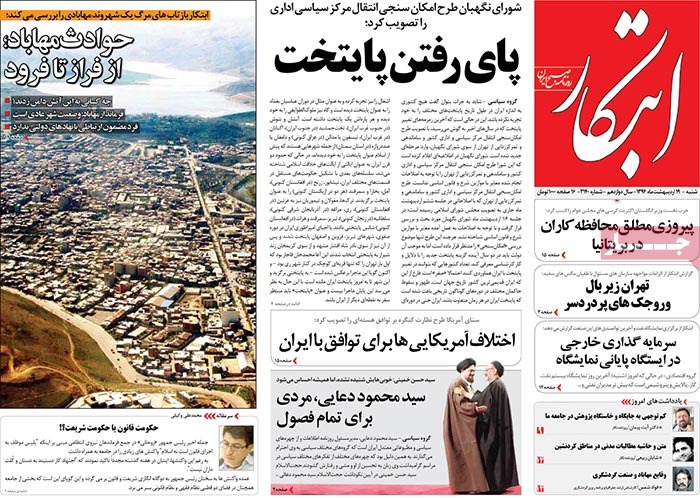 Emtiaz: Polluting industries to be moved from the capital within three years. 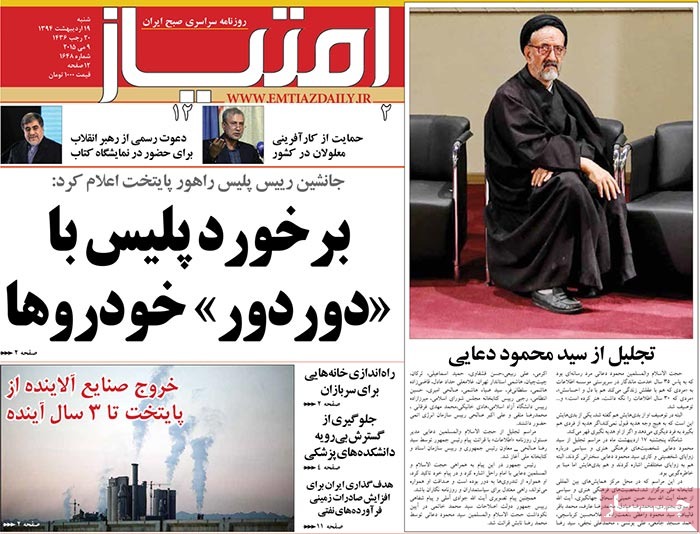 An Iranian company has been given the green-light to import Chevrolets. 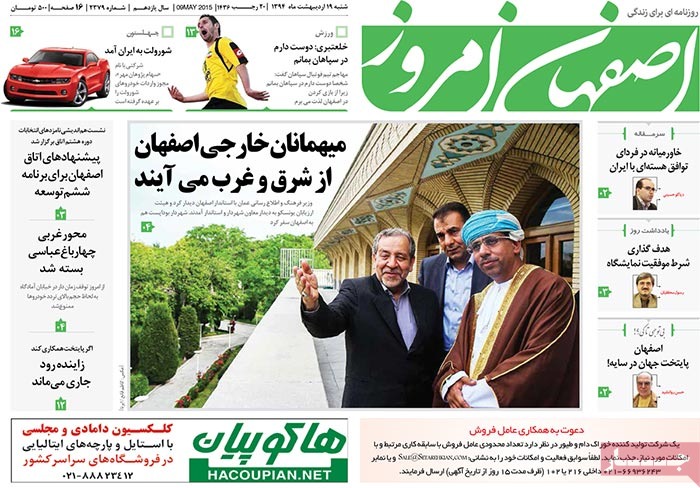 A tribute to Seyyed Mahmoud Doaei who favors moderation, wisdom and reconciliation of all groups 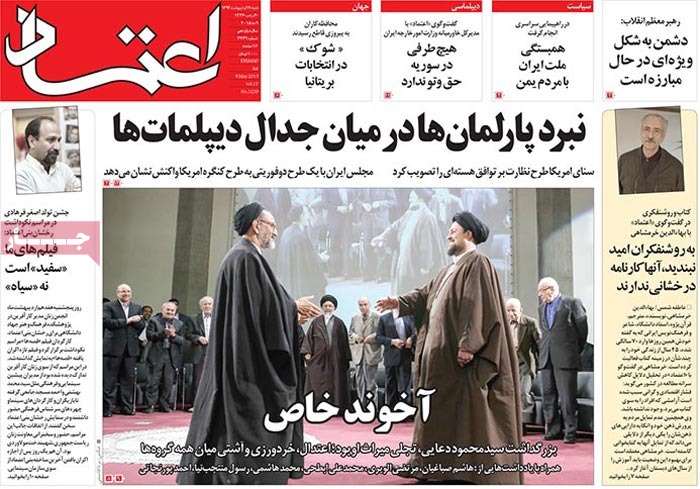 Ettela’at: The Iranian oil minister, who is attending an energy conference in Berlin, has said some $180 billion in capital is to flow into Iran’s oil industry. 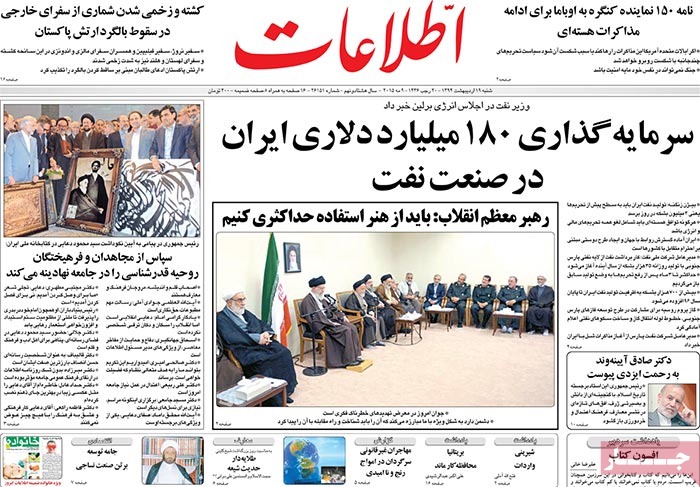 Ghanoon: “German companies are ready to return to Iran,” said the German ambassador in an exclusive interview. 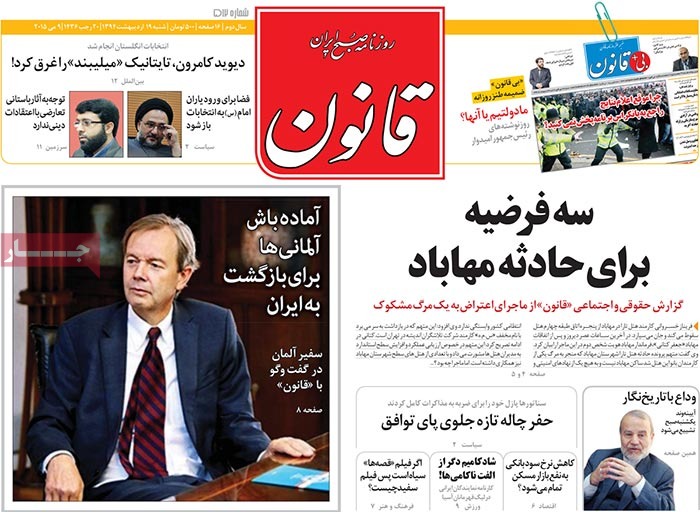 Kaenat: The Leader has been officially invited to visit Tehran International Book Fair. 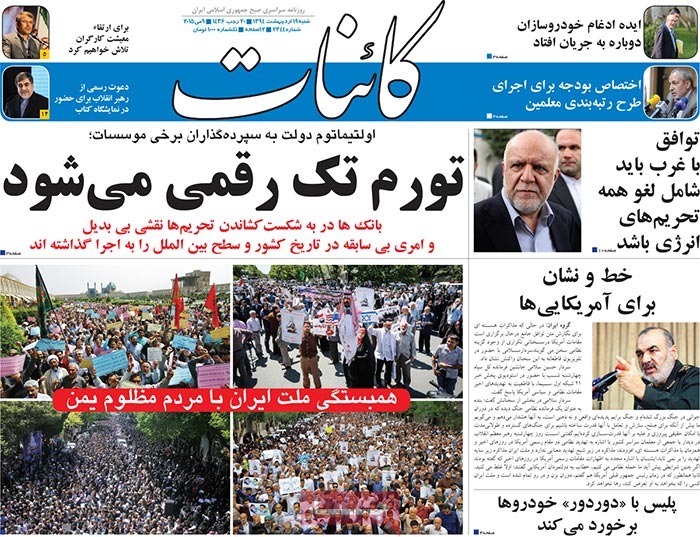 Kayhan: “The cultural front is the most important theater to take on the enemy,” said the Supreme Leader at a meeting with organizers of a congress to honor the memory of 3,000 martyrs of Semnan Province. 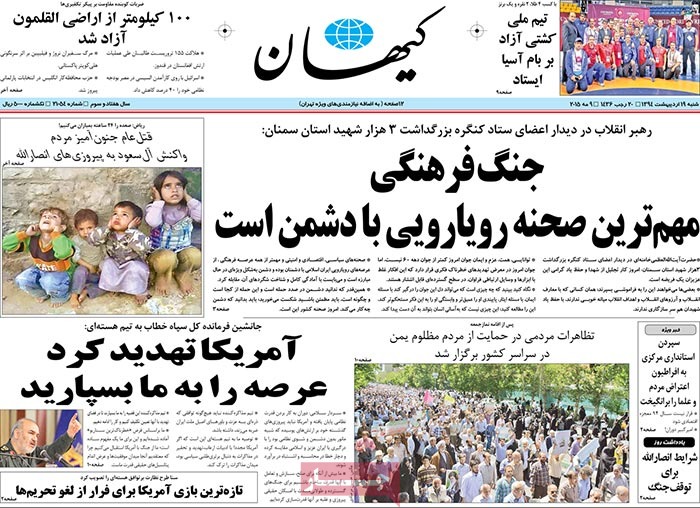 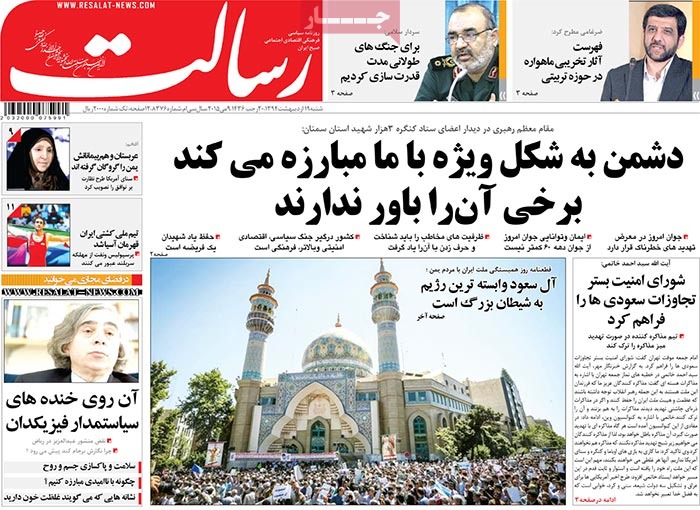 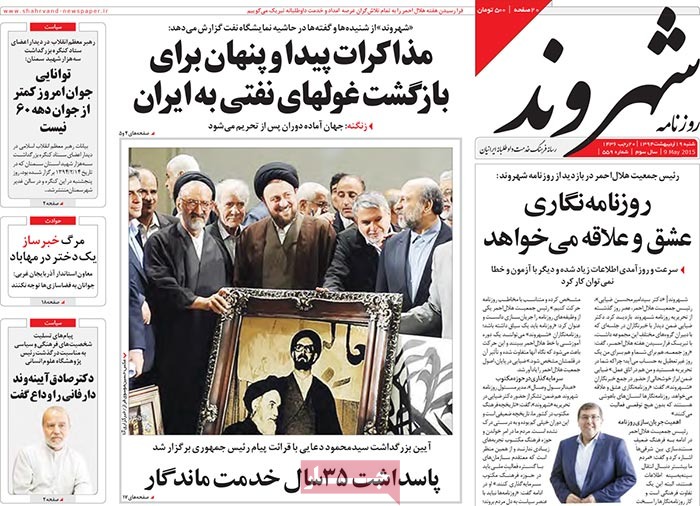