A look at Iranian newspaper front pages on May 6

President Rouhani’s comments at the inaugural of Tehran International Book Fair and the Supreme Leader’s decision to pardon and or commute the sentences of a number of convicts dominated the front pages of Iranian newspapers Wednesday.

Abrar: “Some [MPs] do not dare enter any debate on the Orumiyeh Lake, fearing they might be disqualified [for the upcoming elections],” said a deputy representing Bonab in the Islamic Consultative Assembly. 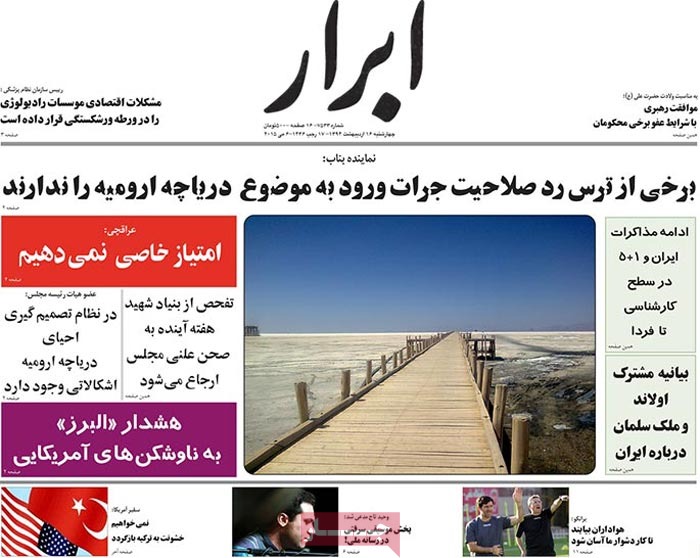 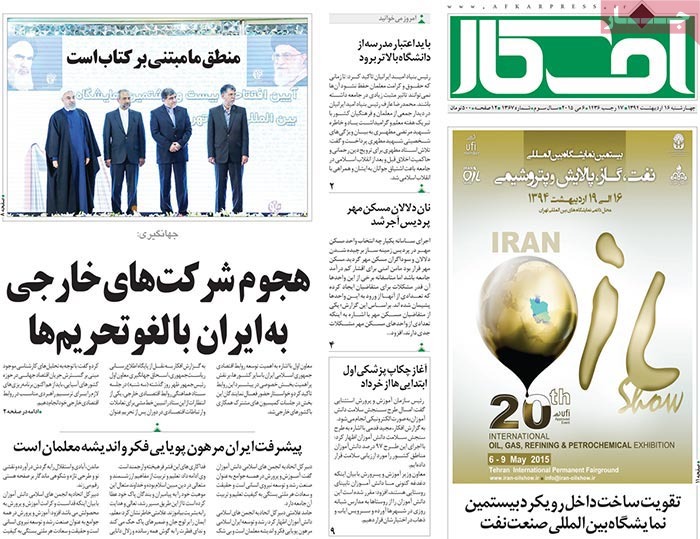 The president made the comment at a keynote speech at the inaugural of Tehran International Book Fair.

Aftab-e Yazd: “[Former President Mahmoud] Ahmadinejad claimed he was being personally directed by the Imam of the Time [the 12th Shiite Imam who disappeared from sights centuries ago and his return will see true justice administered in the world],” Mohammad Reyshahri has written in his memoir.

“Iran’s right to enrichment was recognized in the Lausanne statement, not when Ahmadinejad was in office,” the former diplomat further said. 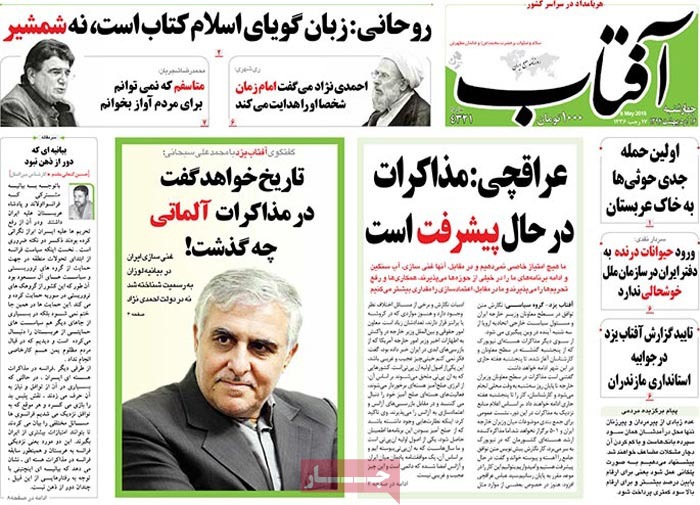 Ebtekar: “The concerns of the interior minister about dirty money [finding its way into electoral campaigns] are not unfounded,” reiterated the government spokesman. 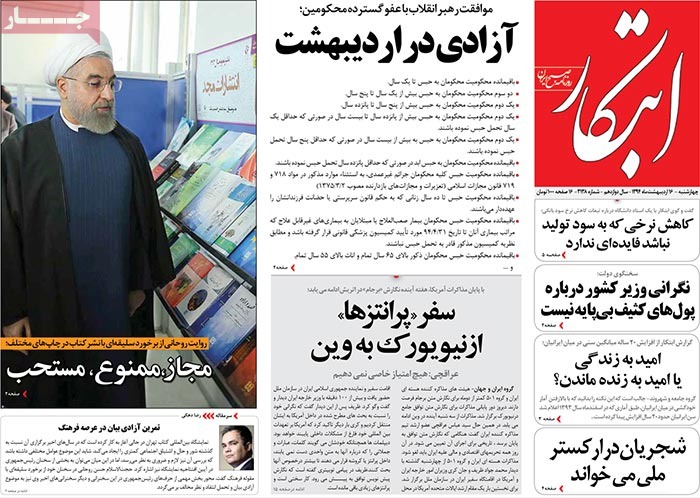 Esfahan Emrooz: The Russian deputy foreign minister and ambassador to Iran have paid a visit to Vank Cathedral in Isfahan. 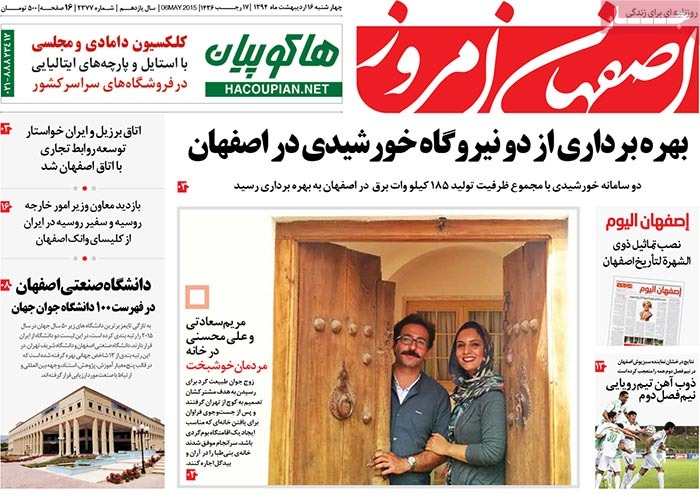 Ettela’at: “Iran should not turn into a market for Western goods,” said the first vice-president. 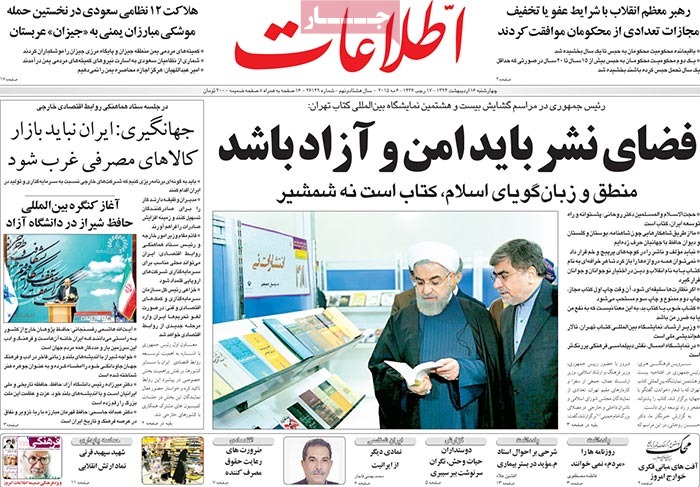 Hemayat: Unauthorized financial institutes are at the end of the line. 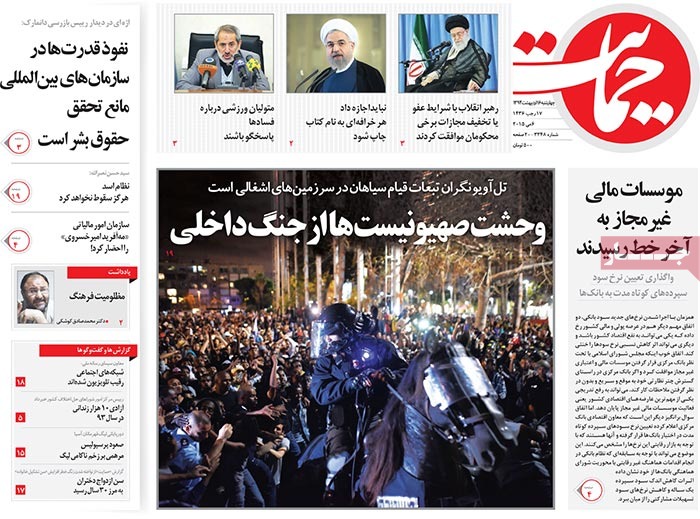 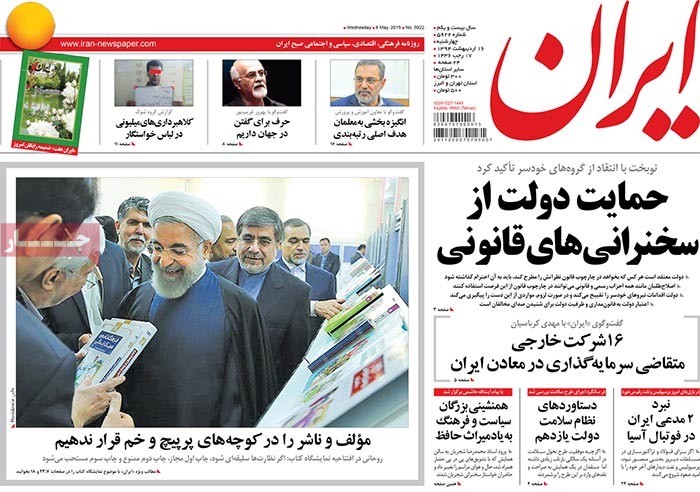 Jomhouri Islami: A missile attack from Yemen has resulted in the shutdown of the Saudi city of Najran. 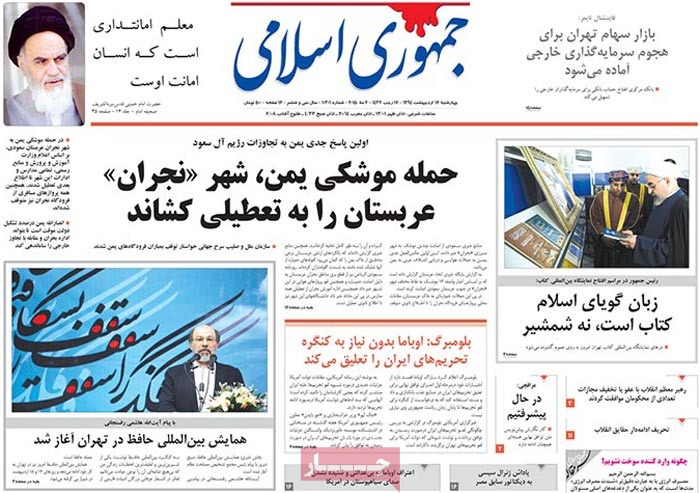 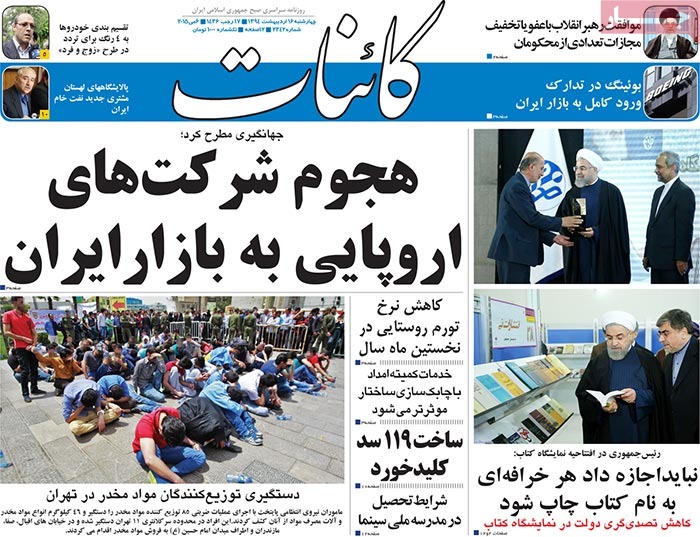 Sharq: The Supreme Leader has pardoned or commuted the sentences of a number of convicts. 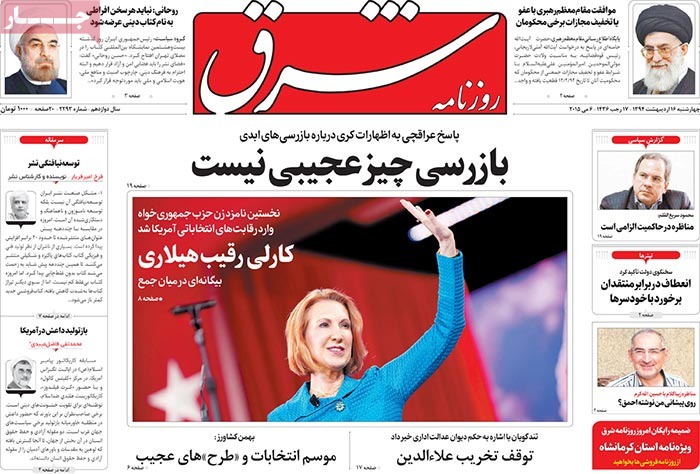 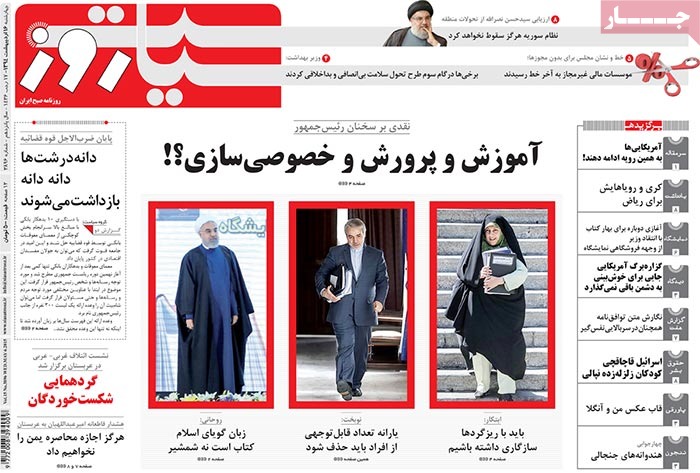