A look at Iranian newspaper front pages on May 4

The warning by Chief of Staff of the Armed Forces Major General Hassan Firouzabadi that Iranian military facilities are off-limits to inspectors dominated the front pages of Iranian newspapers on Monday. Comments by the US secretary of state on the inspections regime and developments of the Saudi-led war against Yemen also appeared on the covers of dailies.

Abrar: A motion signed by 24 MPs to impeach the minister of roads has been handed to the Presiding Board of the Islamic Consultative Assembly. 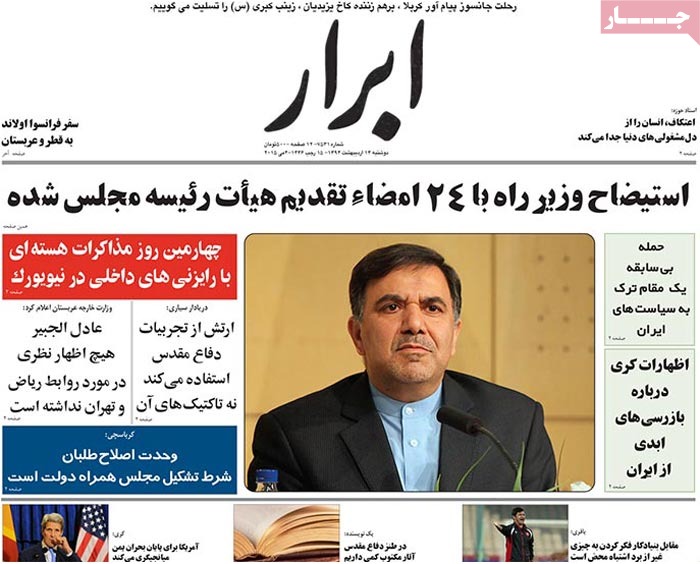 Afkar: Meetings to draft a final deal will run through the end of the week. 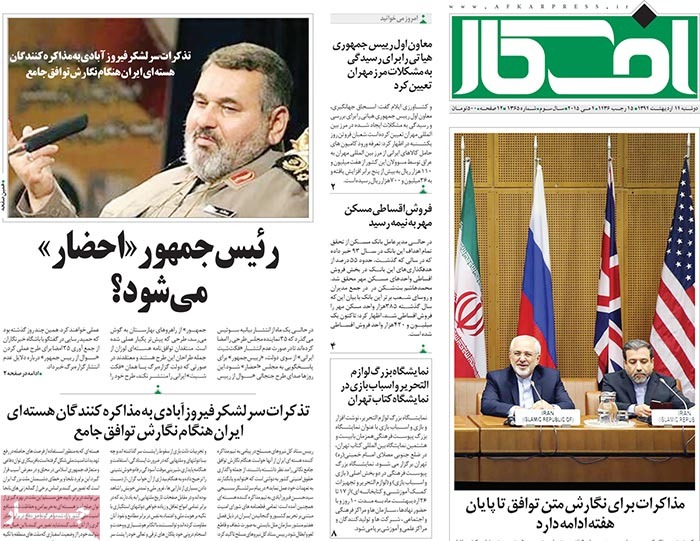 Aftab-e Yazd: Presence of government officials in a ceremony hosted by supporters of former President Ahmadinejad!

A deputy governor general of Mazandaran Province said that the event was public so the governor of Babol attended it.

The governor of Babol said his presence at the event was coordinated in advance with the provincial governor’s office and the Interior Ministry.

Aftab-e Yazd: Threats have been issued against Ali Motahari [who was attacked in Shiraz where he was to deliver a speech in a university].

Call off your Mashhad visit, the threat says.

The doors of a stadium in Qom opened to female spectators. 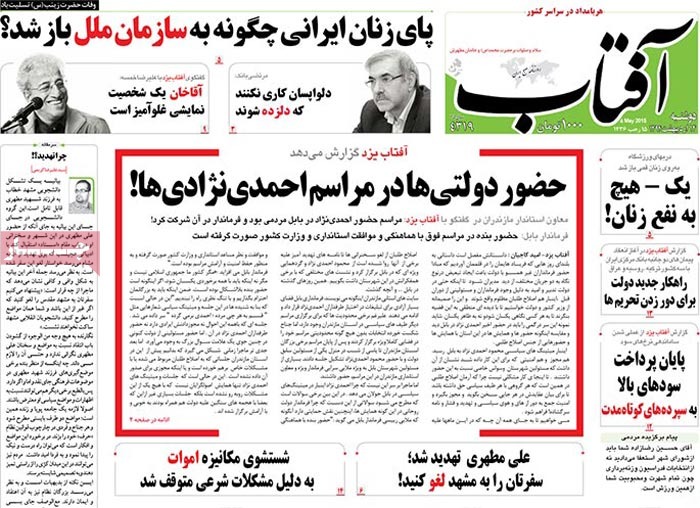 This time it is made by a student association based in Mashhad [ahead of a visit to the city by the principlist deputy]. 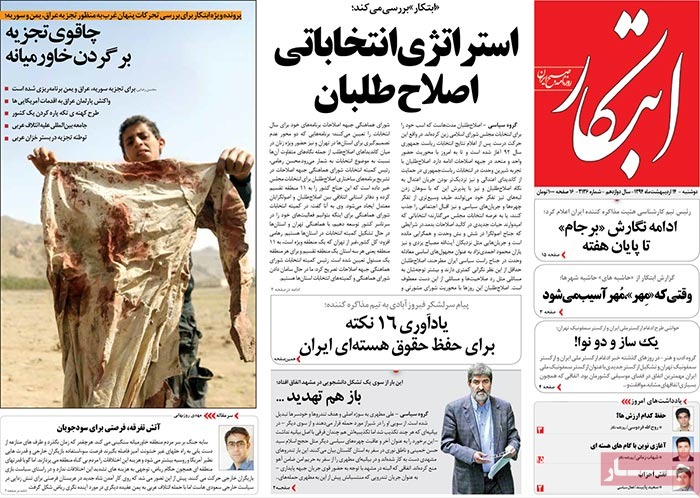 Emtiaz: Iranian wrestler Saeed Abdevali has received a diploma from the International Committee for Fair Play.

Emtiaz: Iranian films are making their presence felt in the Muslim world. 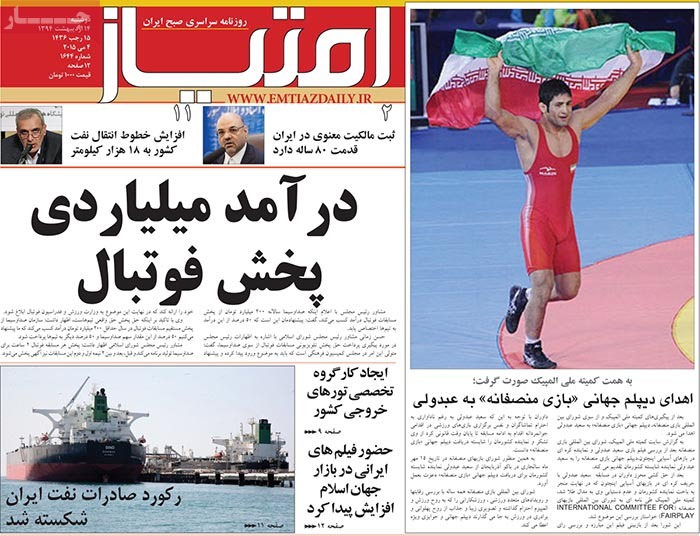 Ettela’at: The residence of [IRGC commander] Major General Ghasem Soleimani in Kerman has turned into a Sacred Defense museum.

Ettela’at: “P5+1 will never get the green-light to enter Iran’s defense and security sites,” said the chief of staff of the armed forces. 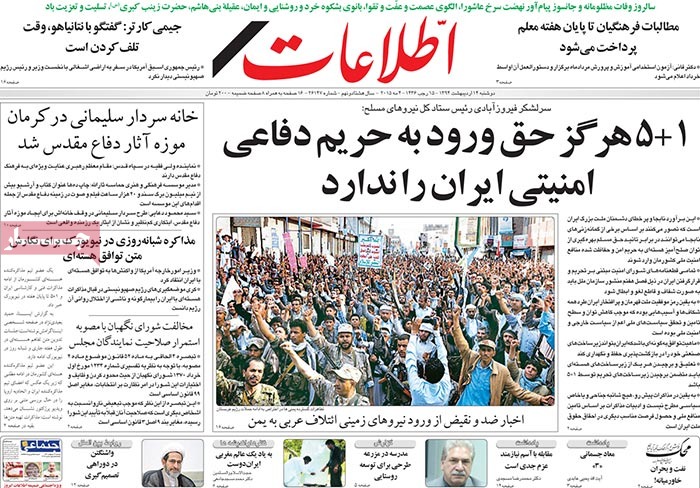 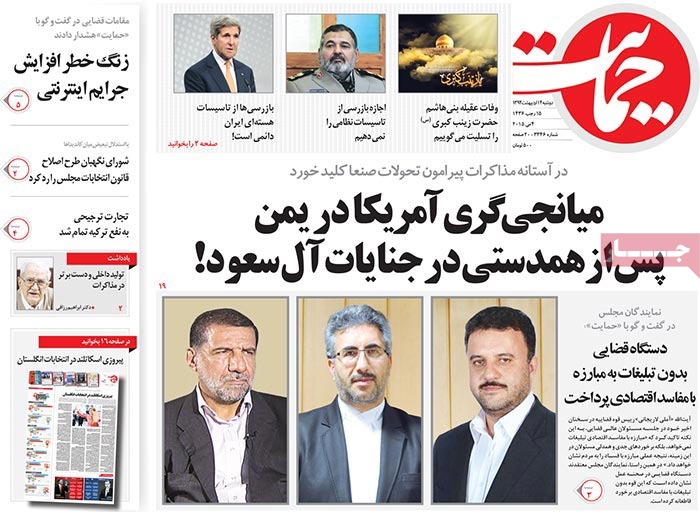 Each night as many as 100 semitrailer-loads of Iranian fruit set out for Turkey. 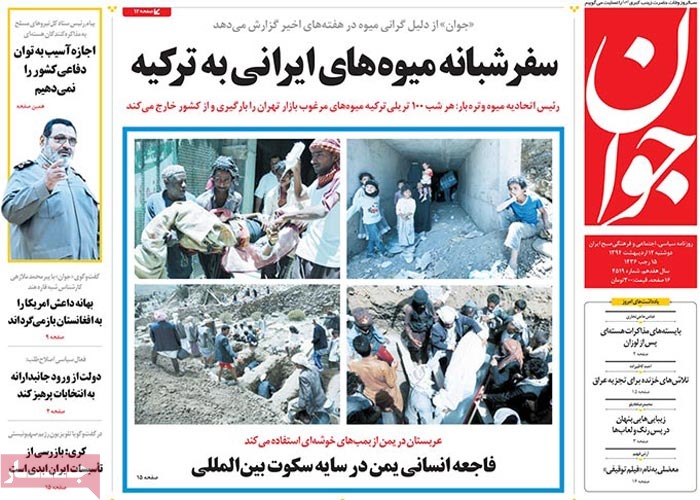 Kaenat: IS has threatened to blow up Shiite mosques around the world. 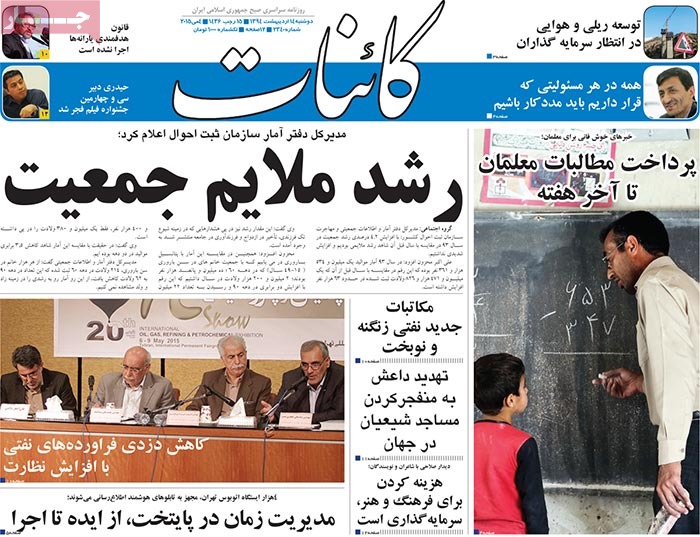 Kayhan: For the information of those who are overjoyed!

John Kerry: “We will have inspectors in there every single day… That’s forever.” 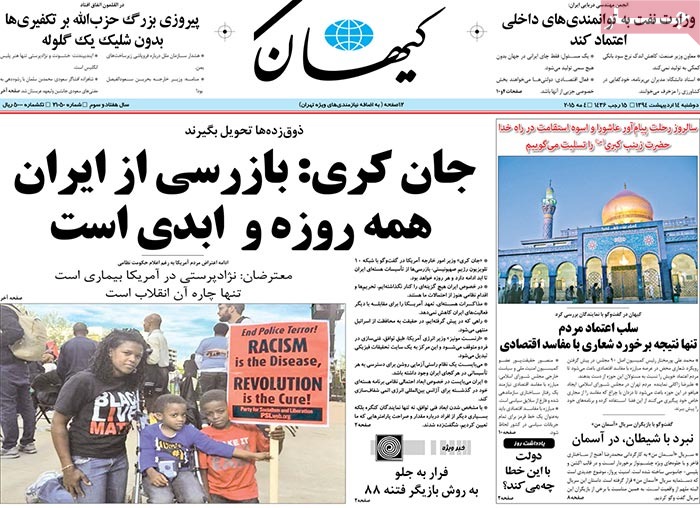 Sayeh: “President Rouhani’s comments on the duties of law enforcement as far as implementation of laws is concerned have been misinterpreted,” said Majid Ansari, the president’s deputy. 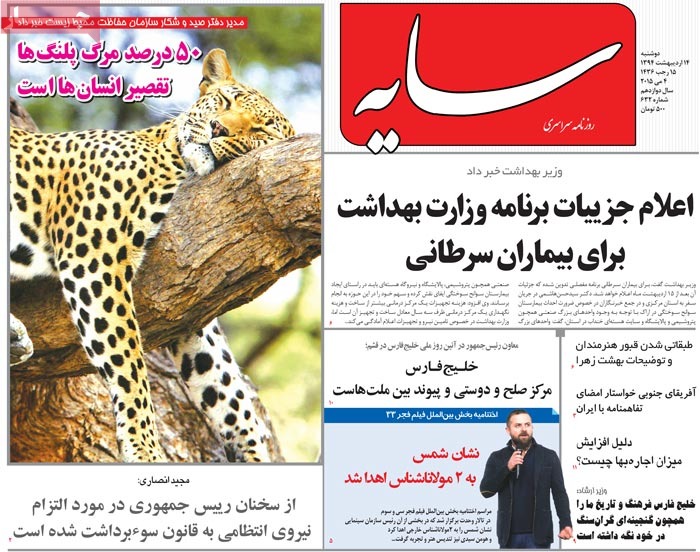 Shahrvand: Energy consumption has grown dangerously in the country. 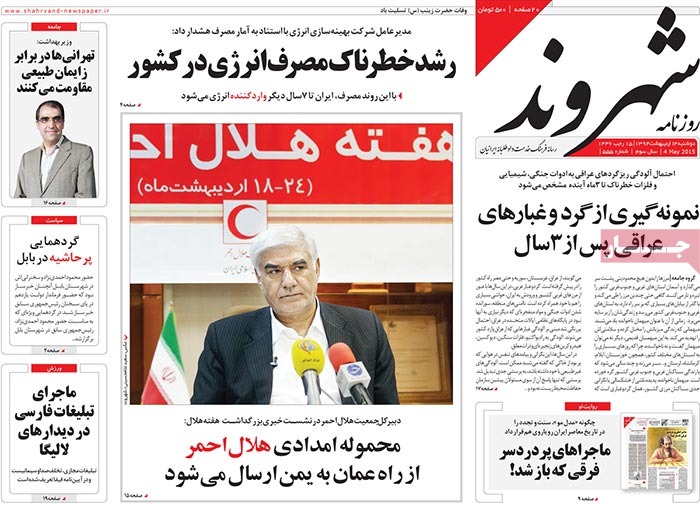