A look at Iranian newspaper front pages on May 3

The comments of President Hassan Rouhani at the close of a tour of Fars Province dominated the front pages of Iranian newspapers. Foreign Minister Zarif’s remarks on nuclear talks also appeared on the cover of dailies.

Abrar: “Sanctions must be lifted as soon as a final deal is struck,” said the Iranian foreign minister. 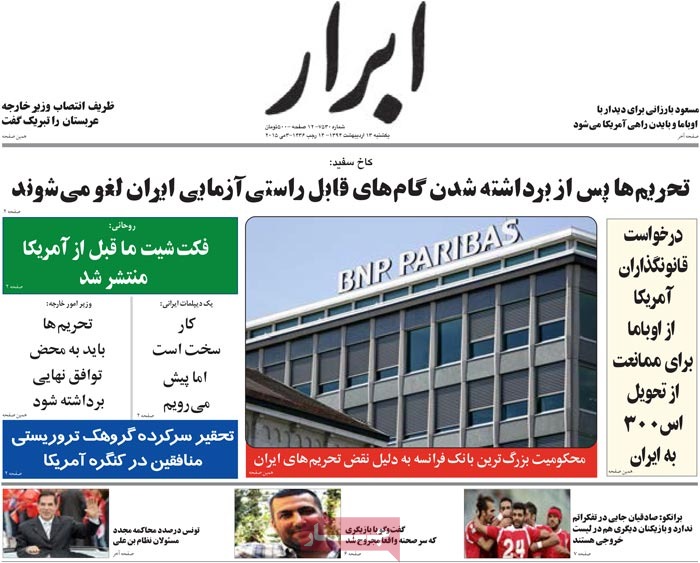 Aftab-e Yazd: “I have been yellow-carded by parliament for expanding Internet services,” said the minister of communications.

Aftab-e Yazd: An eight-year spell has come to an end; May Day rallies were held in Iran this year. 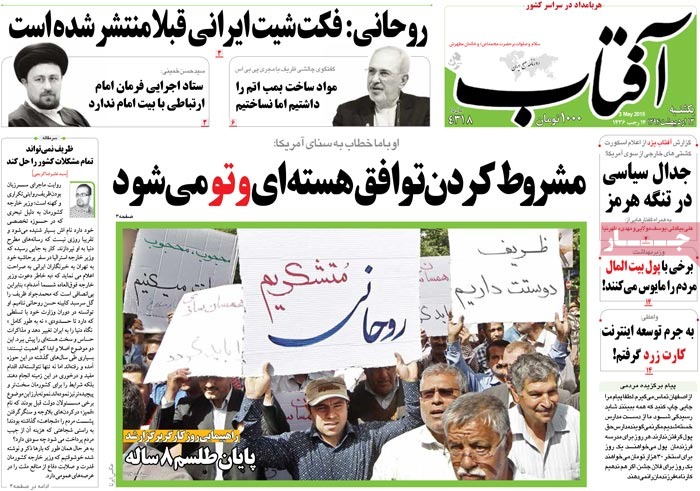 Asr-e Iranian: Tehran Friday prayer leader Ayatollah Emami Kashani has urged the Saudi people not to keep silent in the face of crimes by Al-Saud Family. 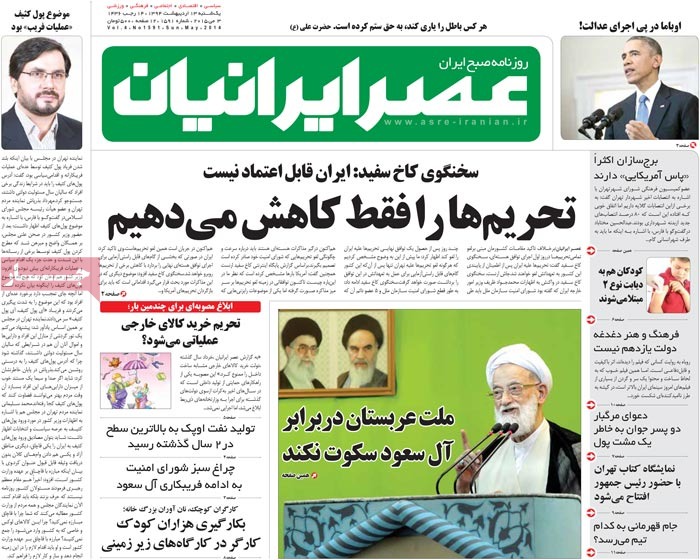 Emtiaz: There has been a bush fire in the forests of Behshar.

Emtiaz: “Some 80,000 old heavy trucks will be taken off the road by the end of the year,” said the director of the State Fuel Management Headquarters. 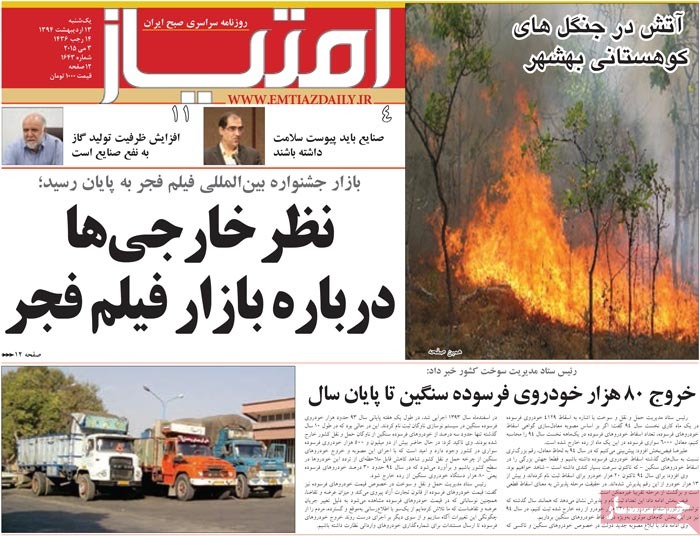 Etemad: “I will reshuffle my Cabinet if and when change is needed,” said President Hassan Rouhani at the close of his tour of Fars Province.

Etemad: The organs of an Iranian teacher have been donated to seven patients.

Etemad: A 100-strong Polish delegation is to visit Iran.

Deals on economic cooperation between the two countries are ready to be signed. 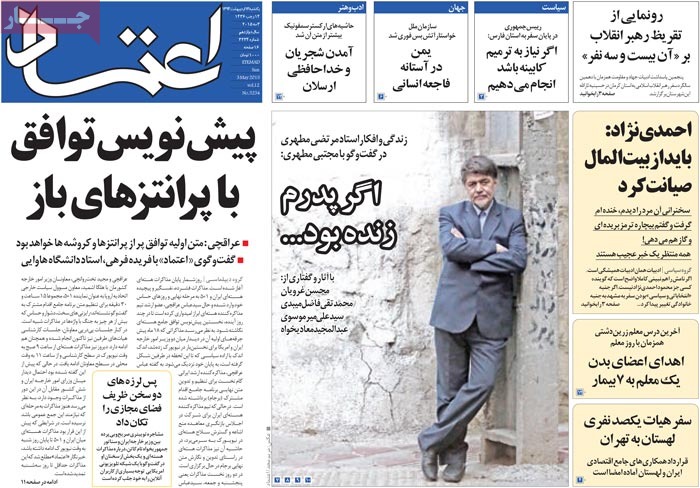 Ettela’at: “We won’t allow a gap to emerge between the Iranian and Islamic civilizations,” said President Hassan Rouhani.

Ettela’at: The number of births in Iran has registered a dramatic rise. 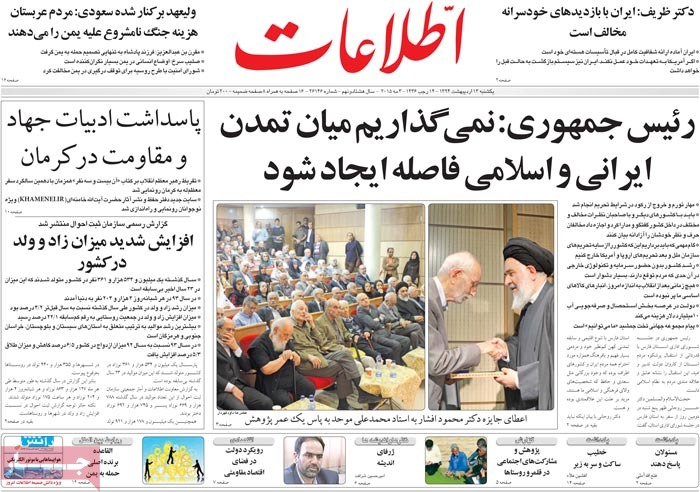 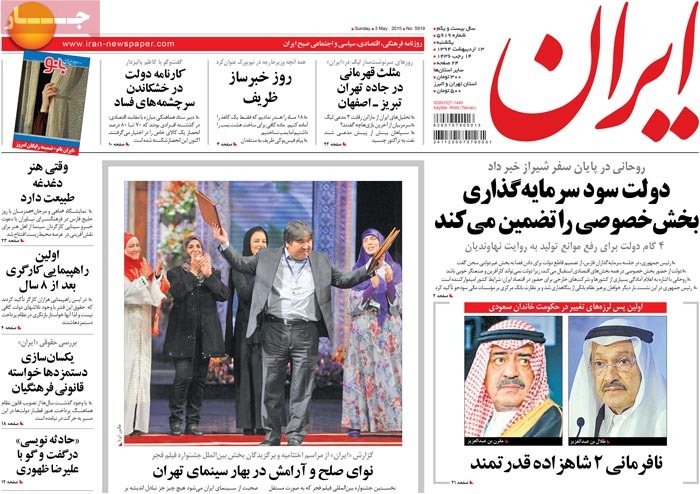 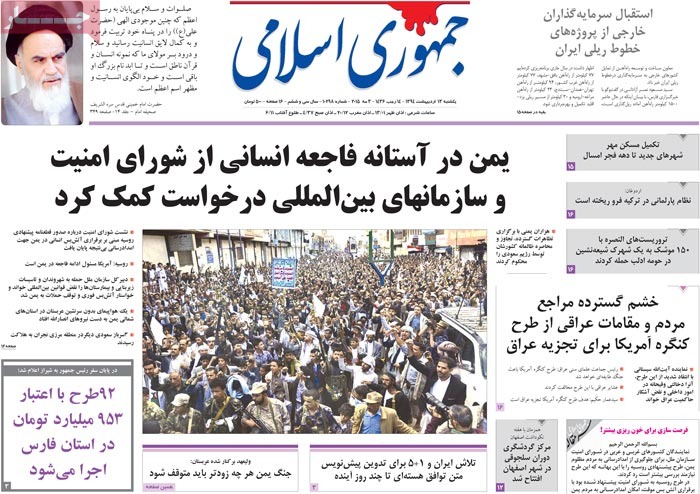 Kaenat: The reaction of [Oil Minister Bijan Namdar] Zanganeh to the dissolution of a major oil company:

The Oil Ministry was opposed to the privatization of Kala Naft Company which was dissolved under the supervision of the Privatization Organization. 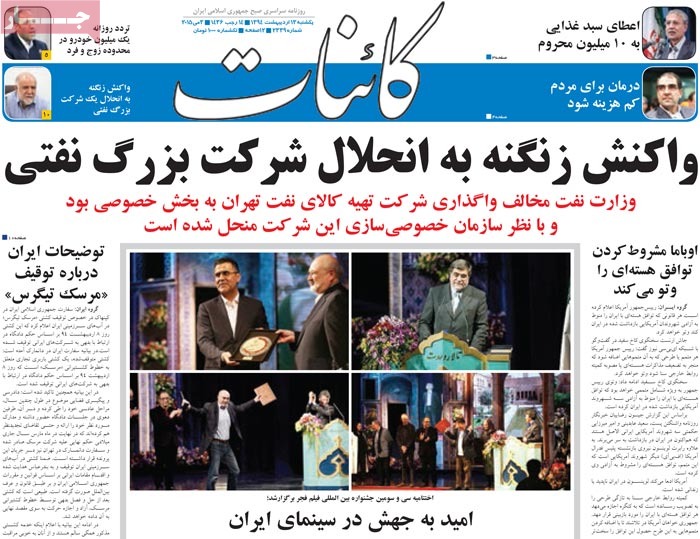 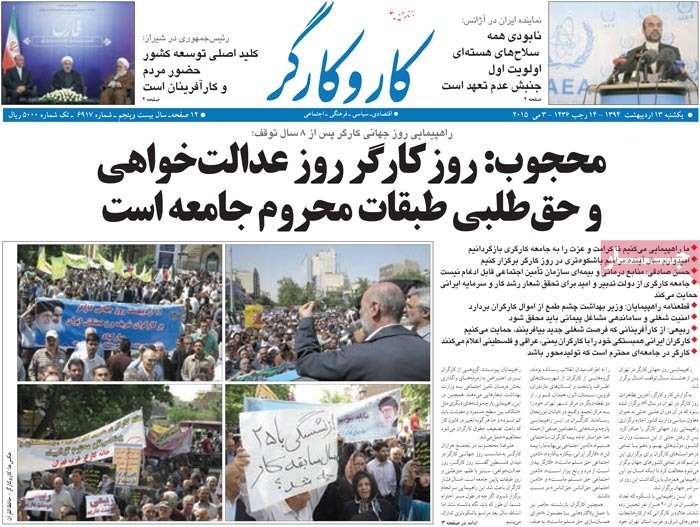 Kayhan: The government is insulting people’s intelligence by saying Iran’s fact sheet will and won’t be released in the same breath. 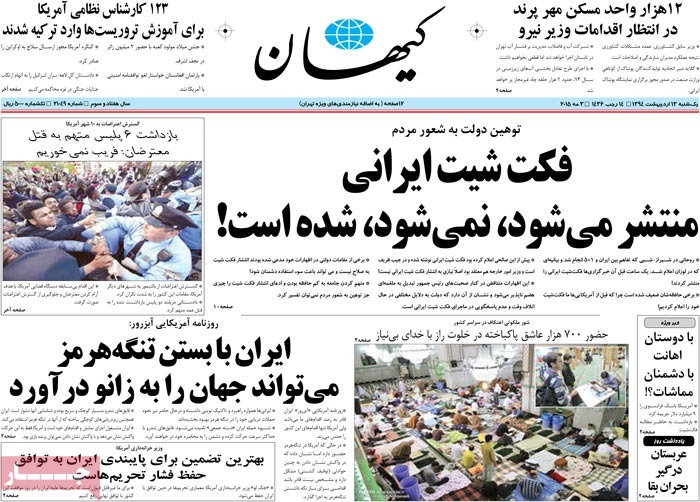 Resalat: “The Executive branch has a duty to implement the rules of Islam,” said the chairman of the Assembly of Experts.

[Ayatollah Yazdi’s comments came after President Rouhani told a host of senior police commanders that law enforcement is not responsible for implementing the rules of Islam; rather police should enforce the laws. The President has since come under fire for his comments.] 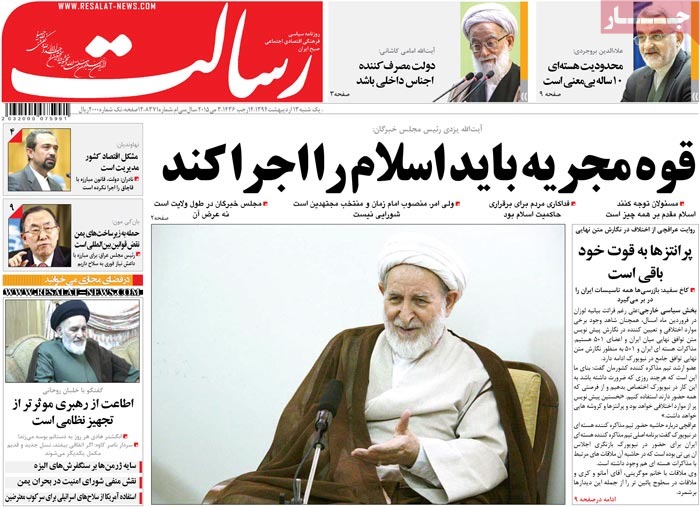 Sayeh: “Fellow Iranians should not willingly advance the cause of the enemy,” said Foreign Minister Zarif. 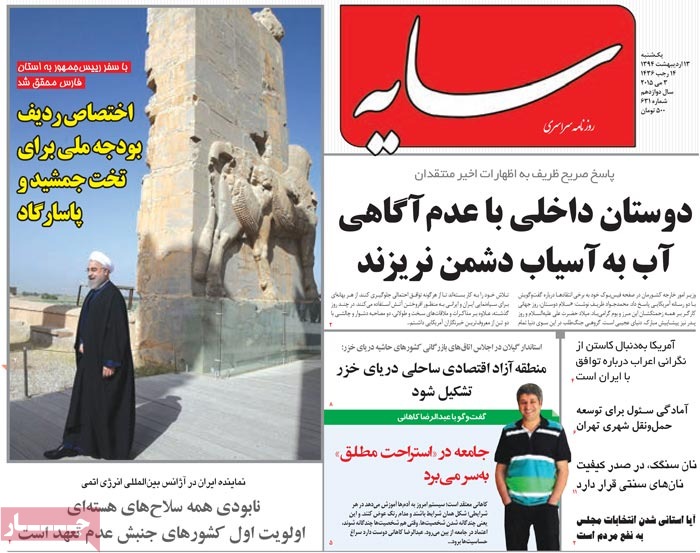 Shahrvand: Chairman of the Assembly of Experts Ayatollah Mohammad Yazdi has criticized the idea of creating a leadership council. 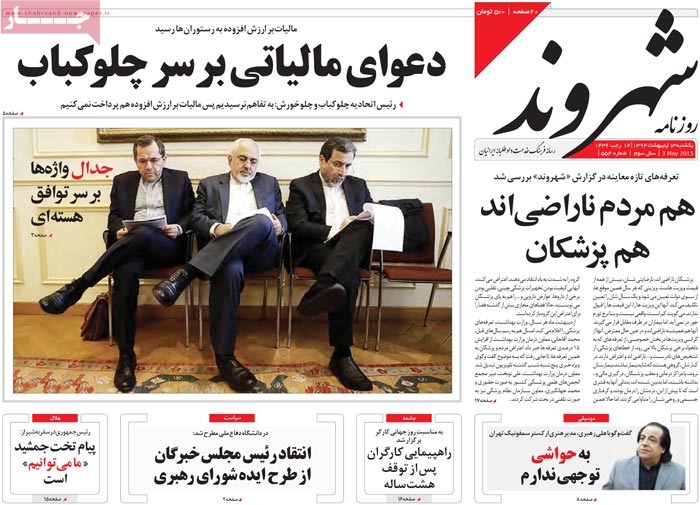