IFP has taken a look at the front pages of Iranian newspapers on Monday, May 14, and picked headlines from 20 of them. IFP has simply translated the headlines and does not vouch for their accuracy.

Several papers today covered the remarks made by the Leader of Iran’s Islamic Revolution Ayatollah Seyyed Ali Khamenei about the need for Asian states to promote their mutual cooperation. The Leader made the comments in a meeting with Sri Lankan president in Tehran.

The top story, however, was the controversial relocation of the US embassy from Tel Aviv to Jerusalem al-Quds, and the global condemnation of the move.

Iranian Foreign Minister Mohammad Javad Zarif’s intensive talks with other parties to the Iran nuclear deal in order to save the 2015 agreement after the US withdrawal also received great coverage today. 2- IRGC Chief-Commander: JCPOA Institutionalised Sanctions instead of Stopping Them 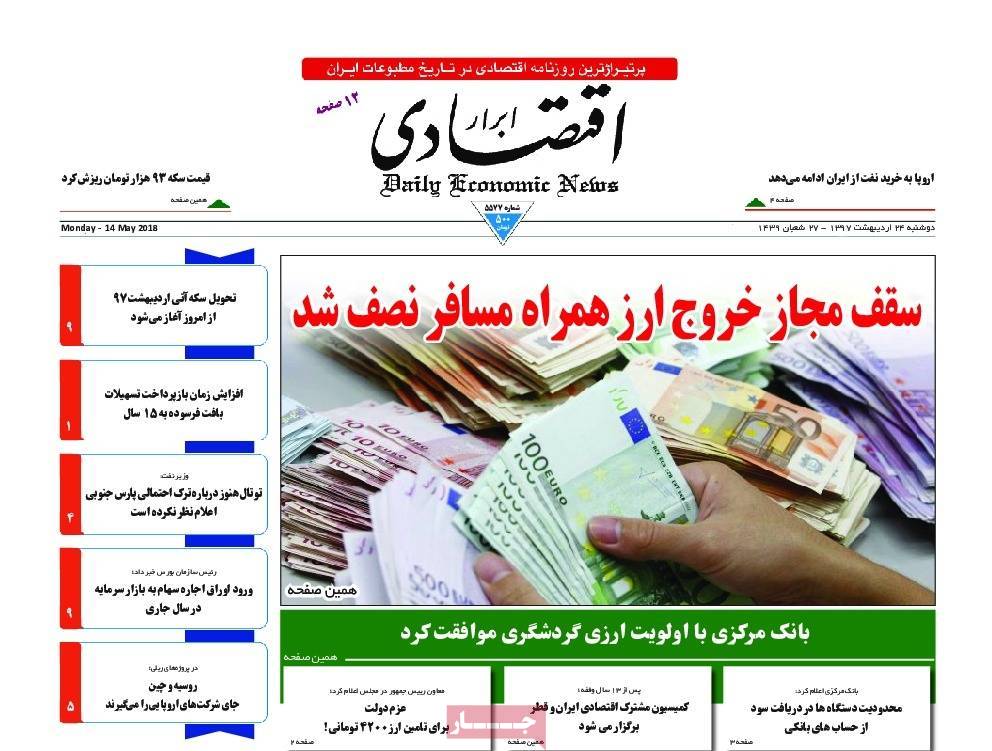 1- Iran Leader: Asian Countries Must Promote Their Cooperation More than Ever

2- Queiroz: I Love Tehran as Much as Nampula 1- Rouhani: JCPOA to Remain in Place If Other 5 Parties Give Guarantees 2- Zarif Starts New Round of Nuclear Talks in China: From East Asia to Central Europe 2- ECFR: Europe to Destroy Its Independence by Blind Obedience to US 1- Embassy of Big Satan in Place Where Devil Is Stoned 1- Rouhani’s Chief of Staff: It’s an Asset that the World Accompanies Iran on JCPOA 1- A Report on Danger of Launching “Centre of Financial Data”

2- Saudi Arabia, UAE’s Double-Standard Policies on Transfer of US Embassy to Jerusalem al-Quds 1- New Round of JCPOA Diplomacy: US Gives Green Light to Iran, Europe

2- Law Expert: Iran Isolated before JCPOA, US Isolated after It 1- Protests against Setting JCPOA on Fire