A look at Iranian newspaper front pages on May 10

Comments by President Rouhani that Saudi Arabia committed a strategic mistake by launching airstrikes against Yemen dominated the front pages of Iranian papers on Sunday.

Abrar: The No. two at Mojahedin Khalq terrorist grouping has gone on trial in Paris. Aftab-e Yazd: “There was a ban on meeting Ayatollah Hashemi Rafsanjani when Ahmadinejad was in office,” said [his brother] Mohammad Hashemi.

Aftab-e Yazd: Parliament’s Article 90 Committee was there to save the previous government’s skin!

Despite insistence by the director of the Environment Protection Organization that the gasoline produced in petrochemical plants causes cancer and contributes to air pollution, the spokesman of the parliamentary committee says such gasoline [which was widely used when Ahmadinejad was in office] plays no role in air pollution. 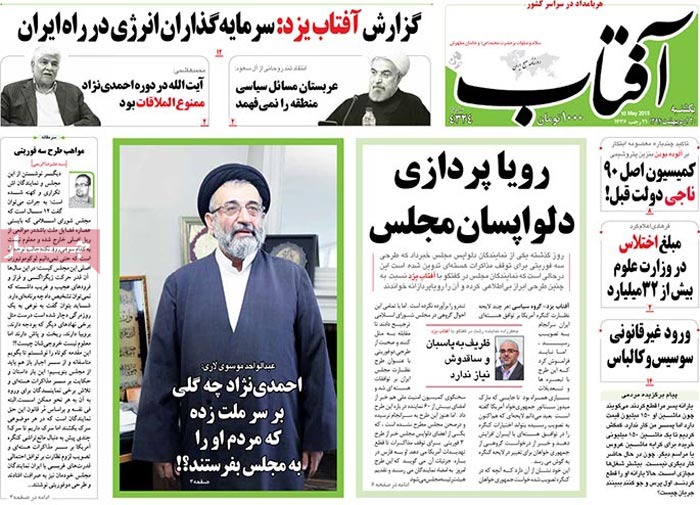 According to a report by the daily, some ministers and provincial governors are to be replaced. 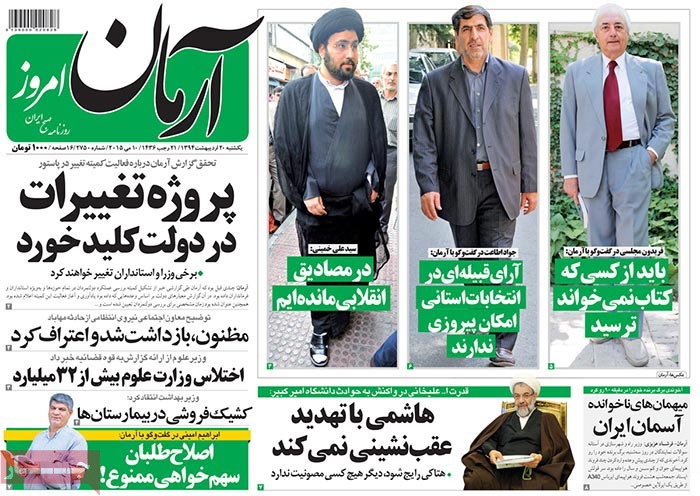 Asr-e Iranian: “The attack by Saudi Arabia on Yemen was a strategic blunder,” said President Rouhani at a gathering to mark Red Crescent Week. 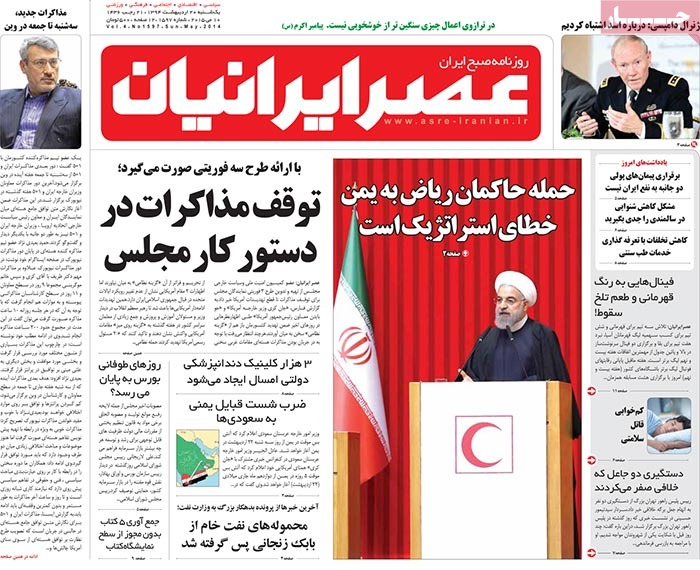 Emtiaz: Iran has been named the least expensive tourist destination.

Emtiaz: An Iranian film has been nominated for four prizes in Washington.

Emtiaz: Iran is to turn into an exporter of gasoline. 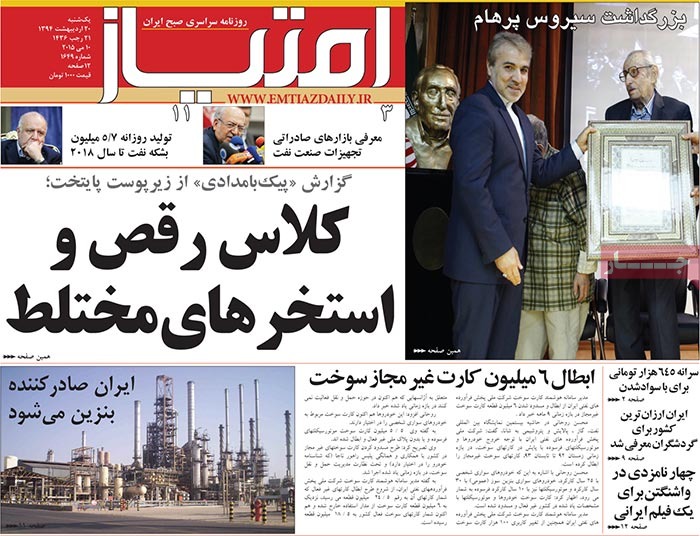 Etemad: Moving [the administrative and political capital] from Tehran will carry a $78 billion price tag.

The announcement was made by the secretariat of the Supreme Urban Development and Architecture Council. 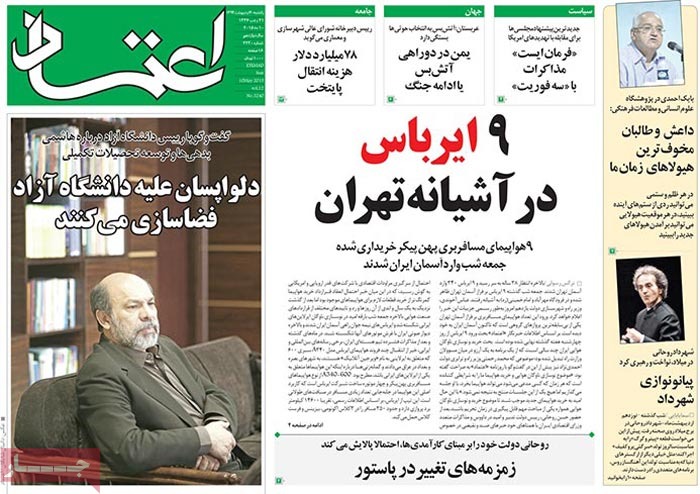 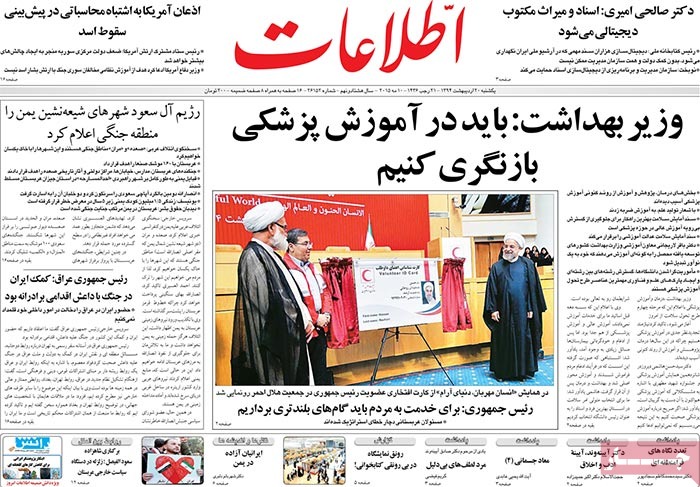 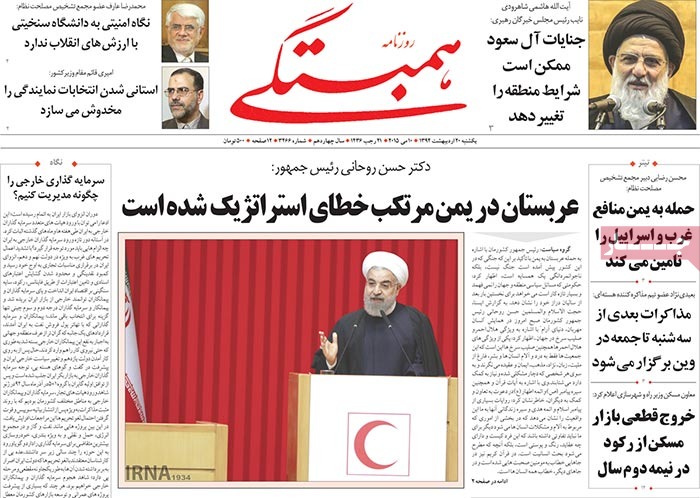 Hemayat: “A number of people have been arrested in connection with the incident in Mahabad,” said the deputy judiciary chief. Iran: European rivalry over return to Iranian market is heating up.

Iran: Police officials say the incident [suspicious death of a young woman] in Mahabad was not suicide, but an accident. 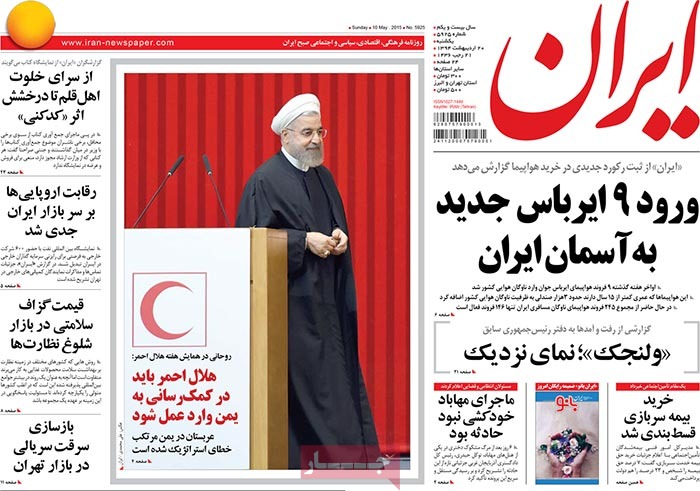 Javan: Praise for the captain.

“I preferred to blow up in the air than divert to a Saudi airport,” said Behzad Sedaghatnia, the captain of the Tehran-Sana’a flight [that took Iran’s humanitarian aid to Yemen]. Jomhouri Islami: President Rouhani has criticized the Red Cross for its inaction over Yemen. 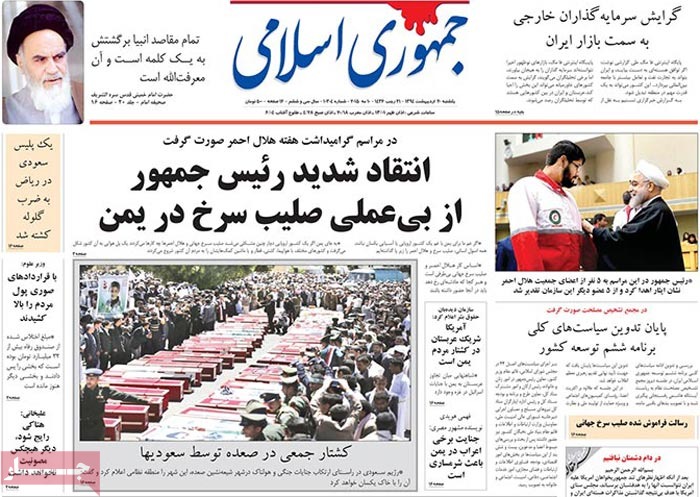 Khorasan: The managing director of the Telecommunications Company has been sacked. 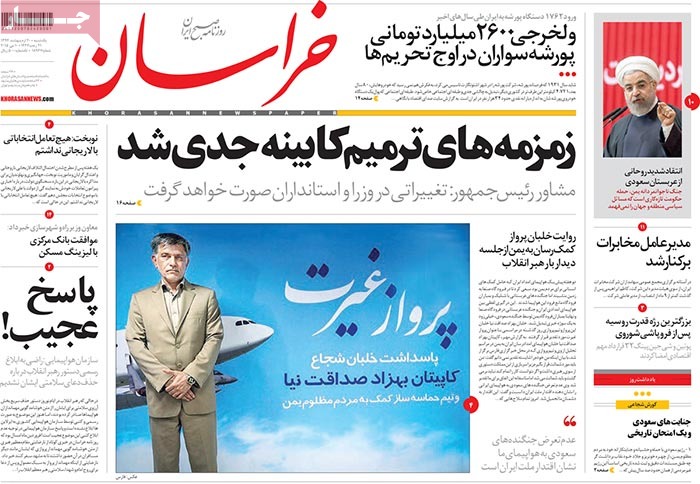 Resalat: Saudi Arabia is pressing ahead with its genocidal acts in Yemen. 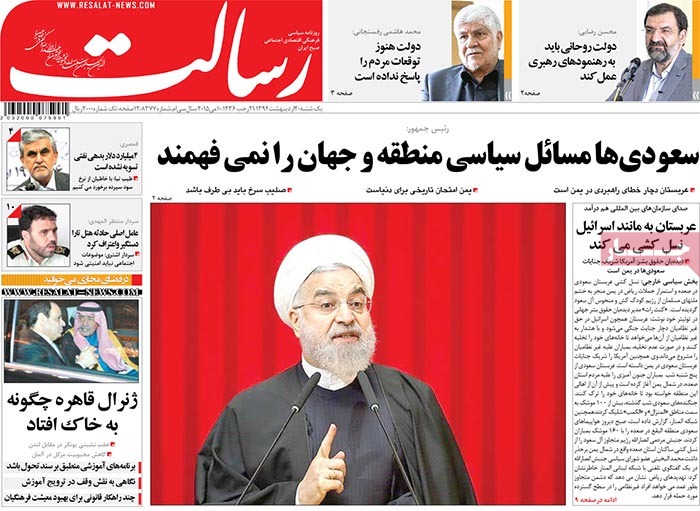 Saheb Ghalam: “To create 900,000 new jobs a year, our economy needs to post an annual growth of eight percent,” said the labor minister. 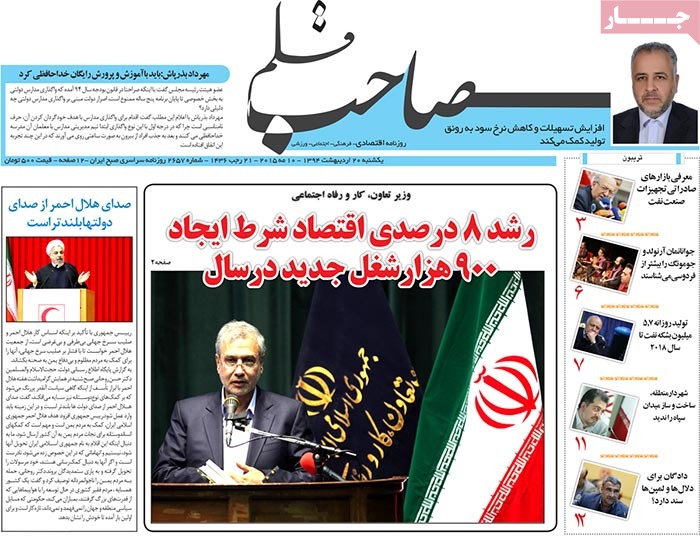 Tejarat: “When sanctions are lifted, Iran will become the fourth largest producer of crude oil in the world,” predicted the oil minister. 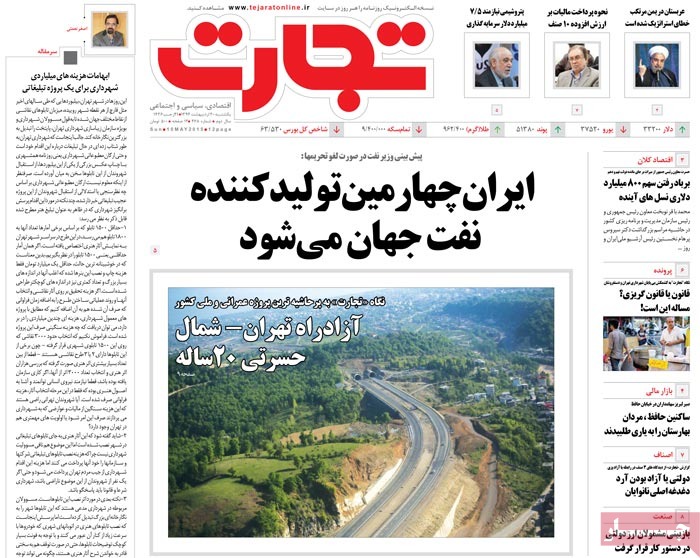