A Look at Iranian Newspaper Front Pages on March 6

The top story today was the remarks made by the Leader of Iran’s Islamic Revolution Ayatollah Seyyed Ali Khamenei in a meeting with Azerbaijani President Ilham Aliyev in Tehran.

The street fights in California between Trump’s fans and opponents as well as the clash between Trump and Obama also received great coverage today.

Among other top stories are the Iran-Saudi deal over the resumption of dispatching pilgrims to Hajj, and the National Arbour Day when several officials talked about the importance of protecting the environment and planting trees.

1- Trump’s Counterattack on Obama: Clash between Two US Presidents

1- Rouhani: Protecting Environment Is Not Issue of Formalities 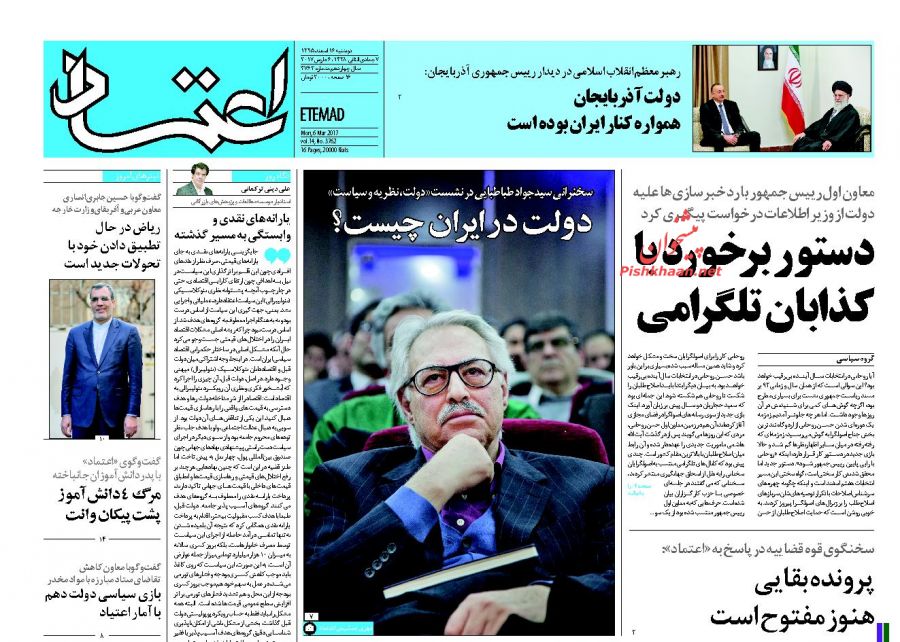 1- Ayatollah Khamenei: Relying on People Most Important Factor in Immunity to Powers

2- Zarif: Terrorism to Plague Those Created It

2- President Rouhani Calls on Everyone to Protect Environment

2- Trump-Obama Dichotomy: Fans and Opponents of US President Clash

1- After Leader’s Order, 2,500 Hectares of Lands Occupied by Organisations Returned to People

1- 80,000 Iranian Pilgrims to Be Sent to Hajj If Barriers Removed

1- Conservative Front Appreciates Parliament for Backing Off from Decision

2- Trump Fans and Opponents Clash with Each Other: Street Fight in California