A look at Iranian newspaper front pages on March 19

President Rouhani’s review of the performance of his government over the last 12 months and his promise of a better year ahead dominated the front pages of Iranian newspapers on Thursday. Continued nuclear talks and comments by Foreign Minister Zarif about them also appeared on the cover of dailies.

Abrar: “Foreign ministers of P5+1 are unlikely to get together [for this round of talks],” said Iranian Foreign Minister Mohammad Javad Zarif. 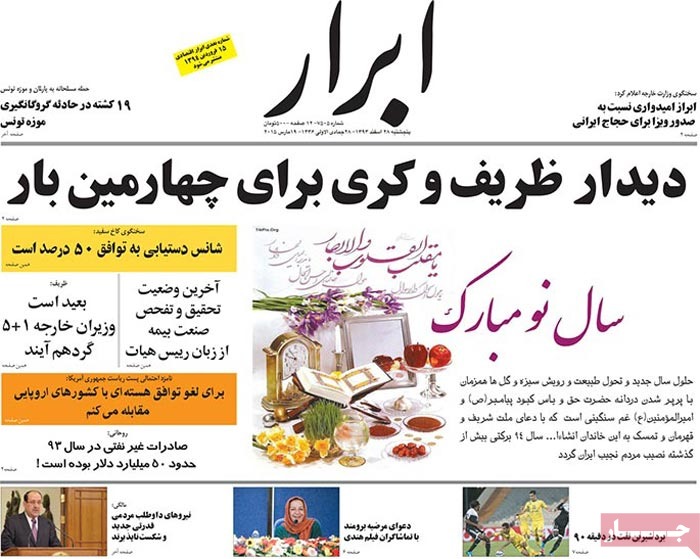 Afarinesh: The intelligence minister has said that rendering economic and cultural stability sustainable will be one of the priorities of his ministry next year. 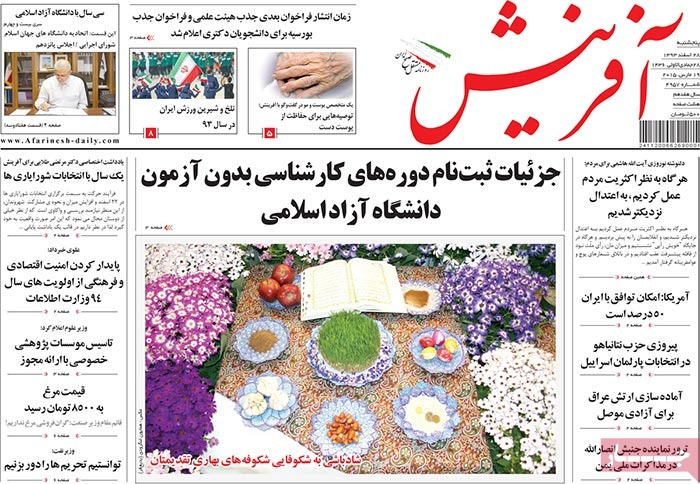 Aftab-e Yazd: A note by Hashemi Rafsanjani for the people

“Anytime we acted on the demands of the majority, we got closer to moderation and better advanced the cause of our revolution,” said the chairmen of the Expediency Council in the note. 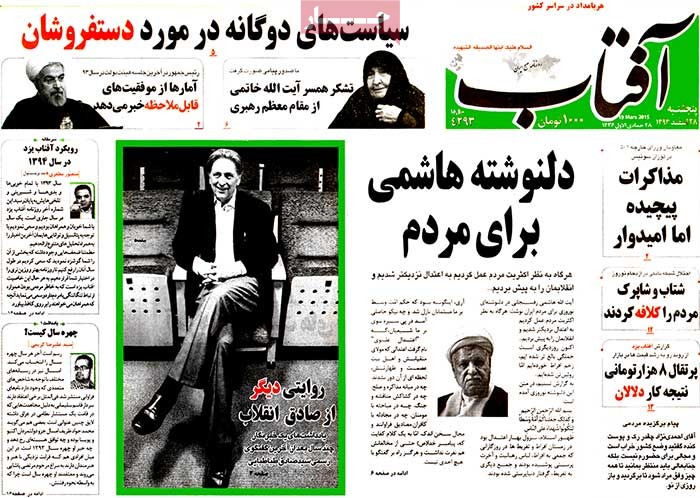 The president’s prudence in talks with P5+1 will finally bear fruit.

Arman-e Emrooz: Thirty-eight political figures weigh in on the performance of the Rouhani administration 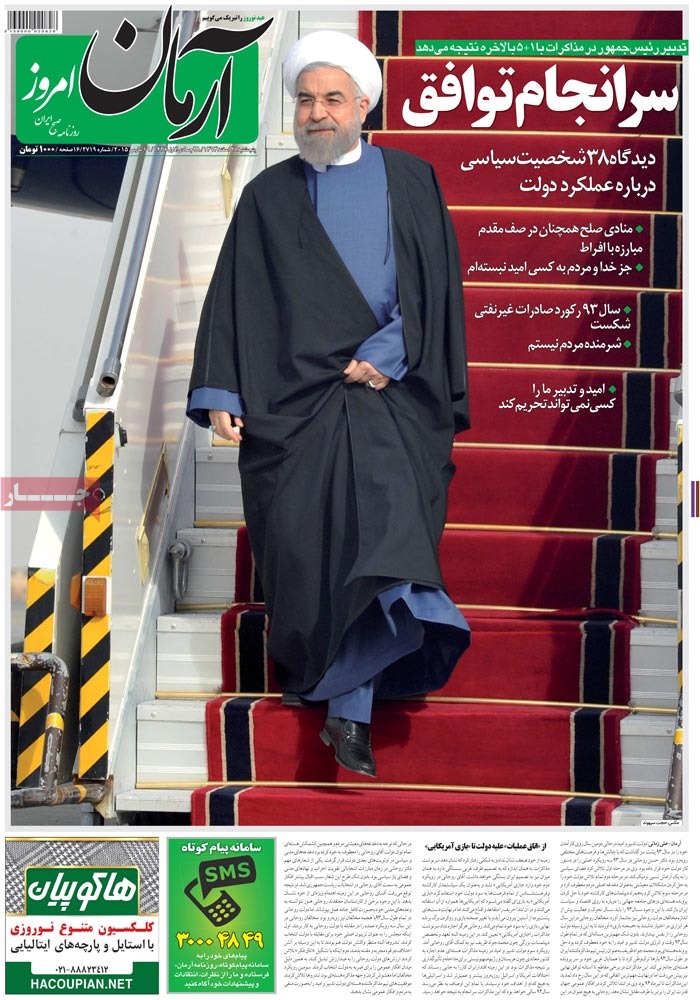 Asrar: The minister of industries has said that Iran managed to push up non-oil exports by 22 percent even if the Islamic Republic was under sanctions.

Asrar: “Interaction with the rest of the world is a national and Islamic necessity,” said the chairman of the Expediency Council. 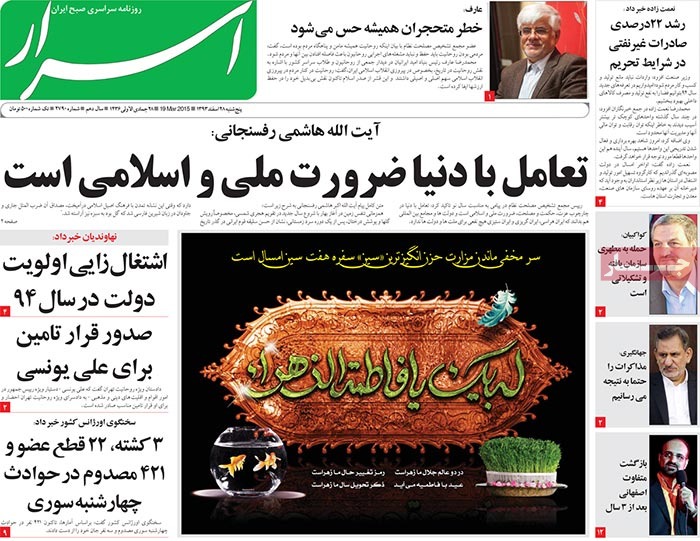 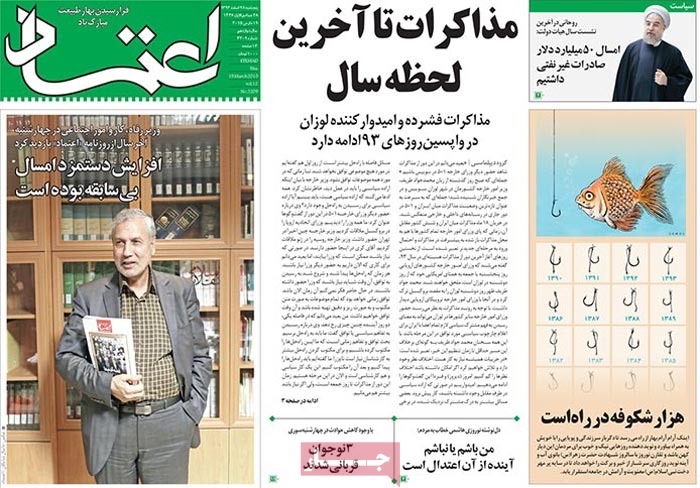 Ettela’at: Value added tax will stand at 9 percent next year. Hemayat: Ali Younesi [an adviser to President Rouhani] has been arraigned at the Special Court for the Clerics. 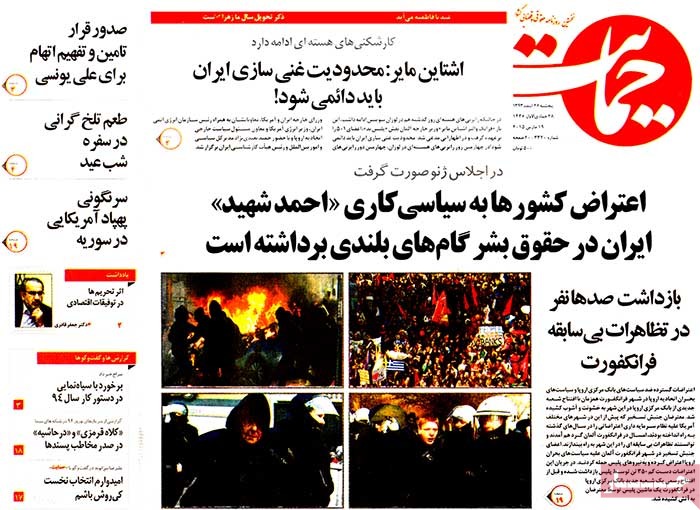 Jomhouri Islami: President Rouhani has talked about the achievements of his government this year and promised a better year ahead. 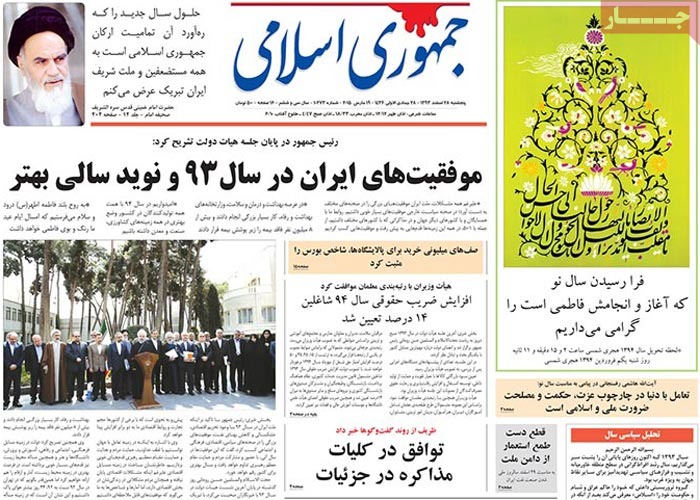 Mardomsalari: The secretary of the Supreme National Security Council has warned of factional approaches undermining the public in the future elections. 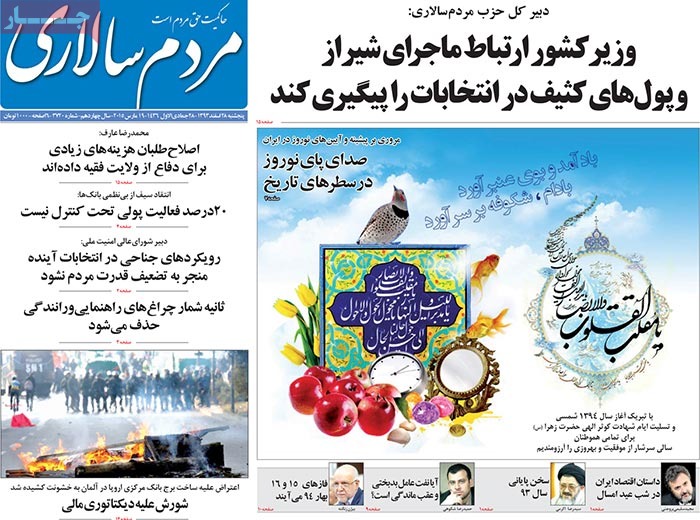 Sharq: “An agreement is unlikely to happen within a couple of days,” said Foreign Minister Mohammad Javad Zarif. 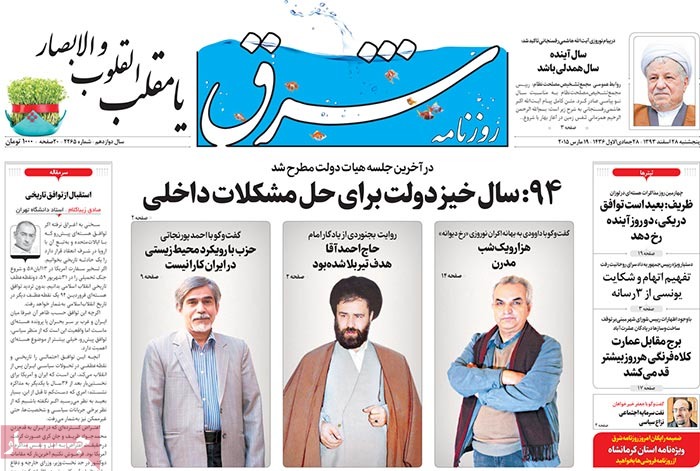 Tehran Times: Artists from 12 countries team up to celebrate Nowruz in Berlin. 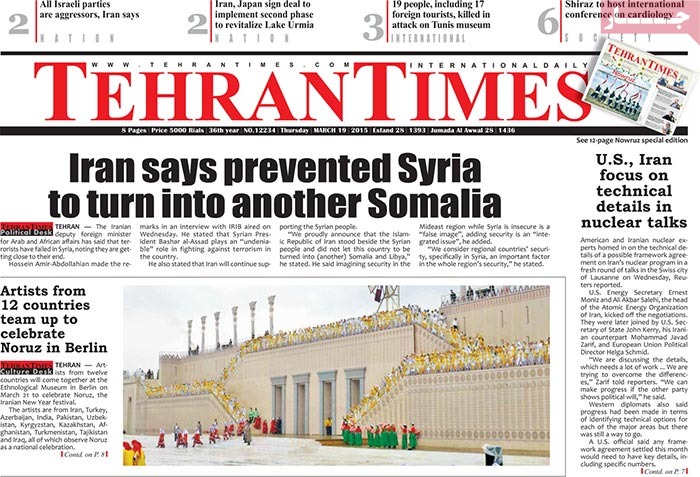