IFP has taken a look at the front pages of Iranian newspapers on Sunday, March 17, 2019, and picked headlines from 13 of them. IFP has simply translated the headlines and does not vouch for their accuracy.

The Friday attacks on two New Zealand mosques which killed 49 and wounded 50 others remained a top story in all newspapers today.

2- Hook: We Expect Baghdad to Remain Committed to Iran Sanctions 1- Iran to Launch STFI as Iranian Mechanism Proportional to INSTEX 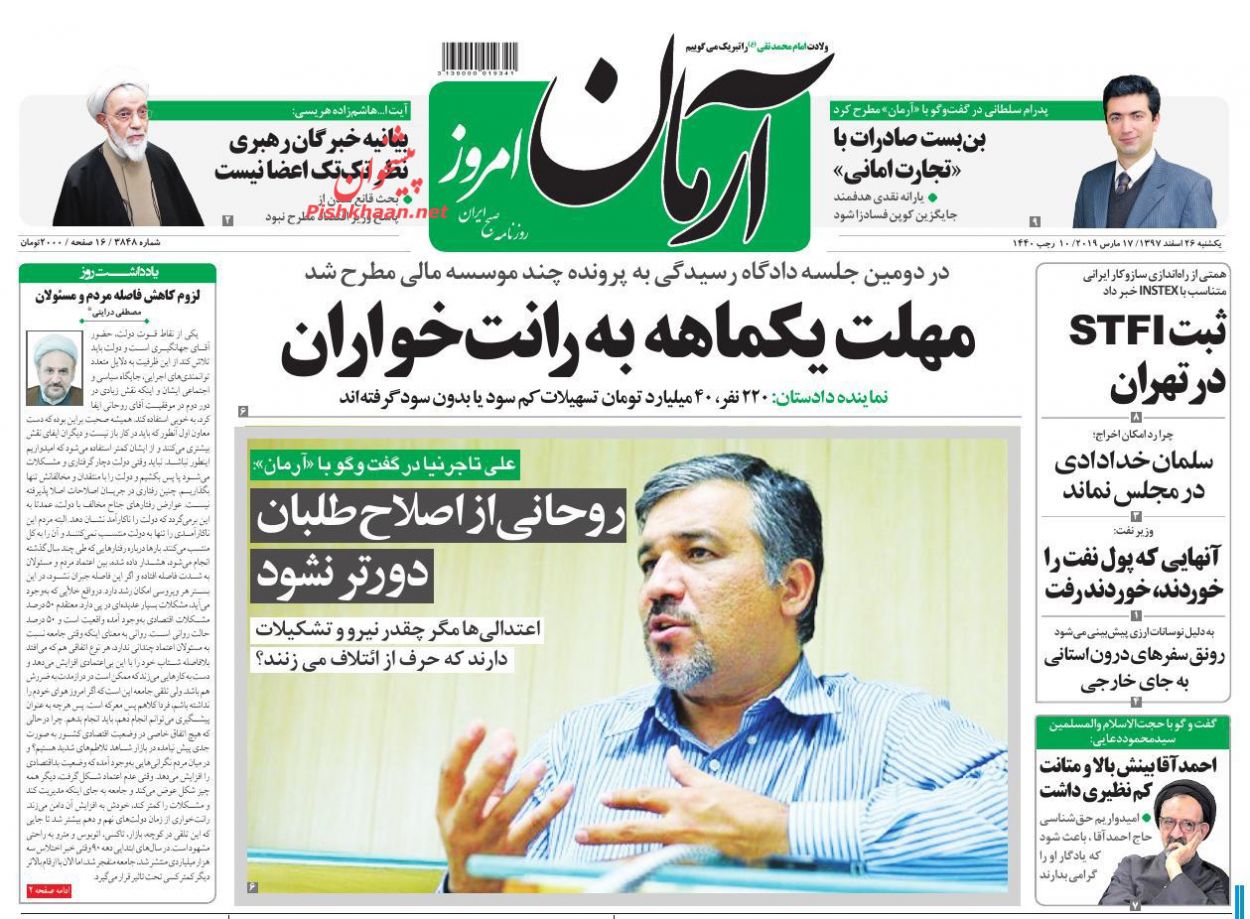 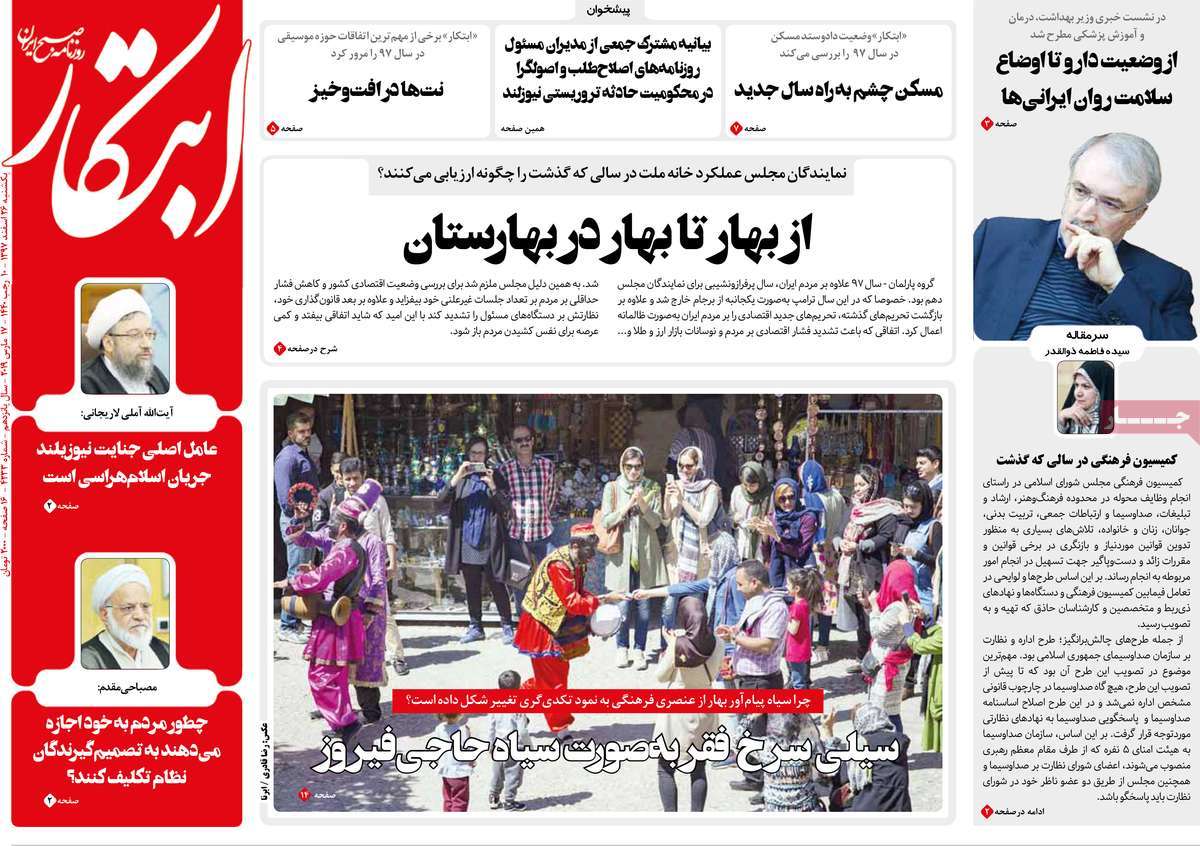 3- From Paris to New Zealand [Editorial] 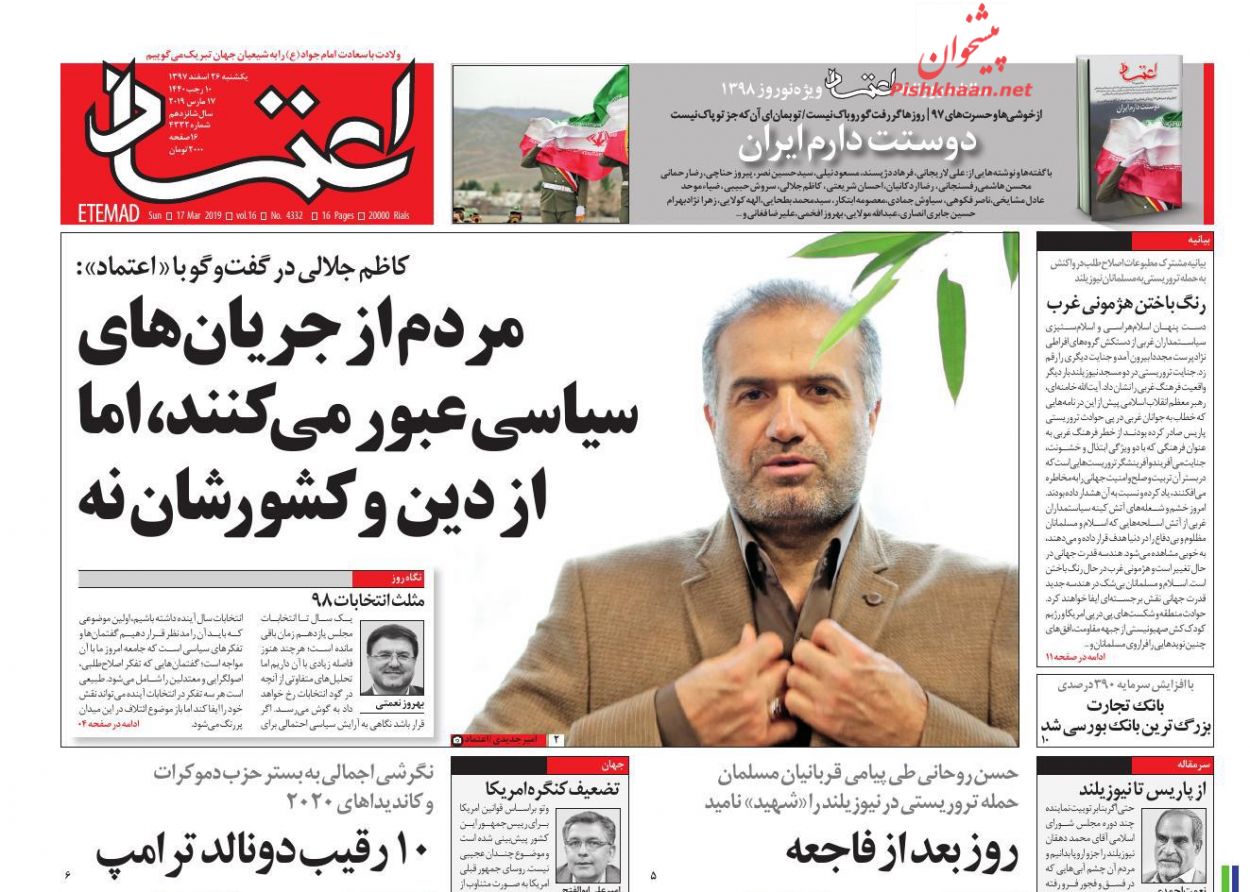 3- $11 Billion Worth of Gas Projects Inaugurated in South Pars 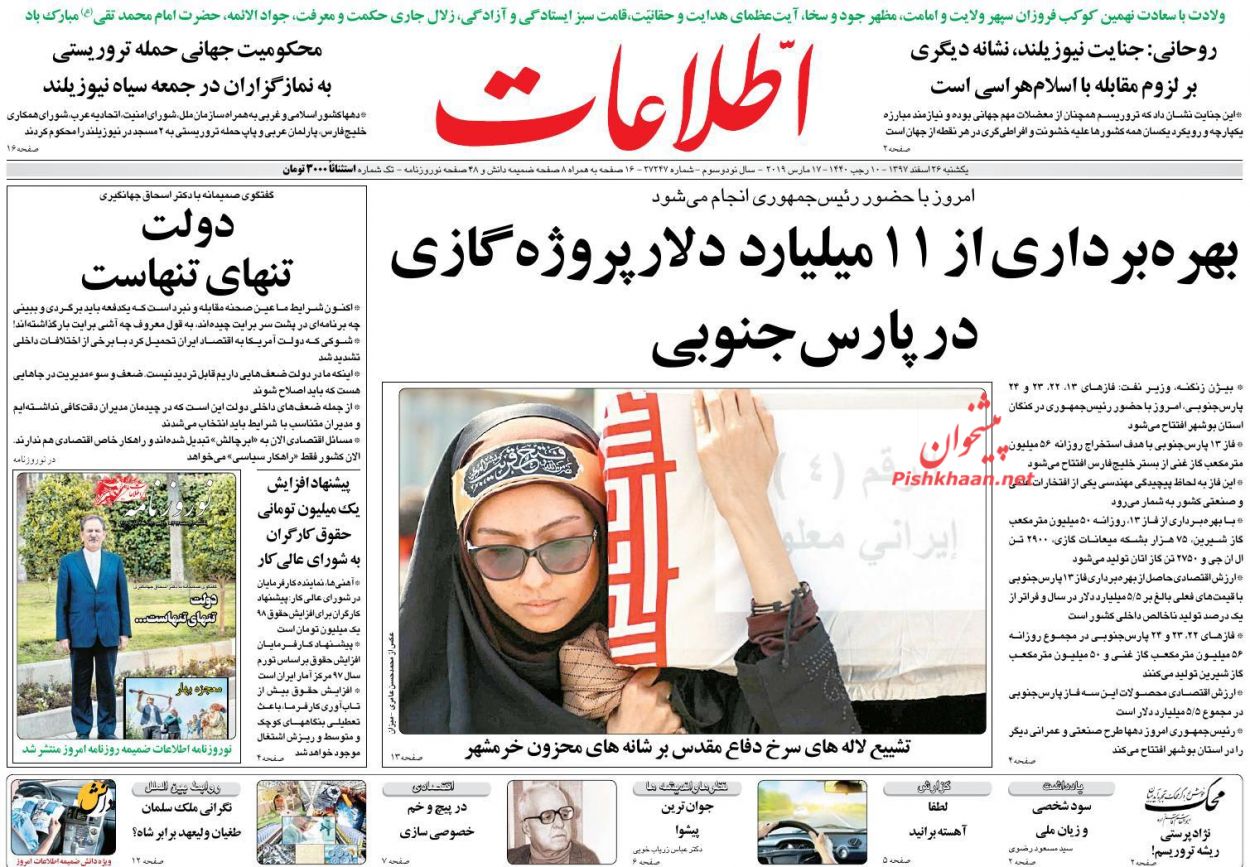 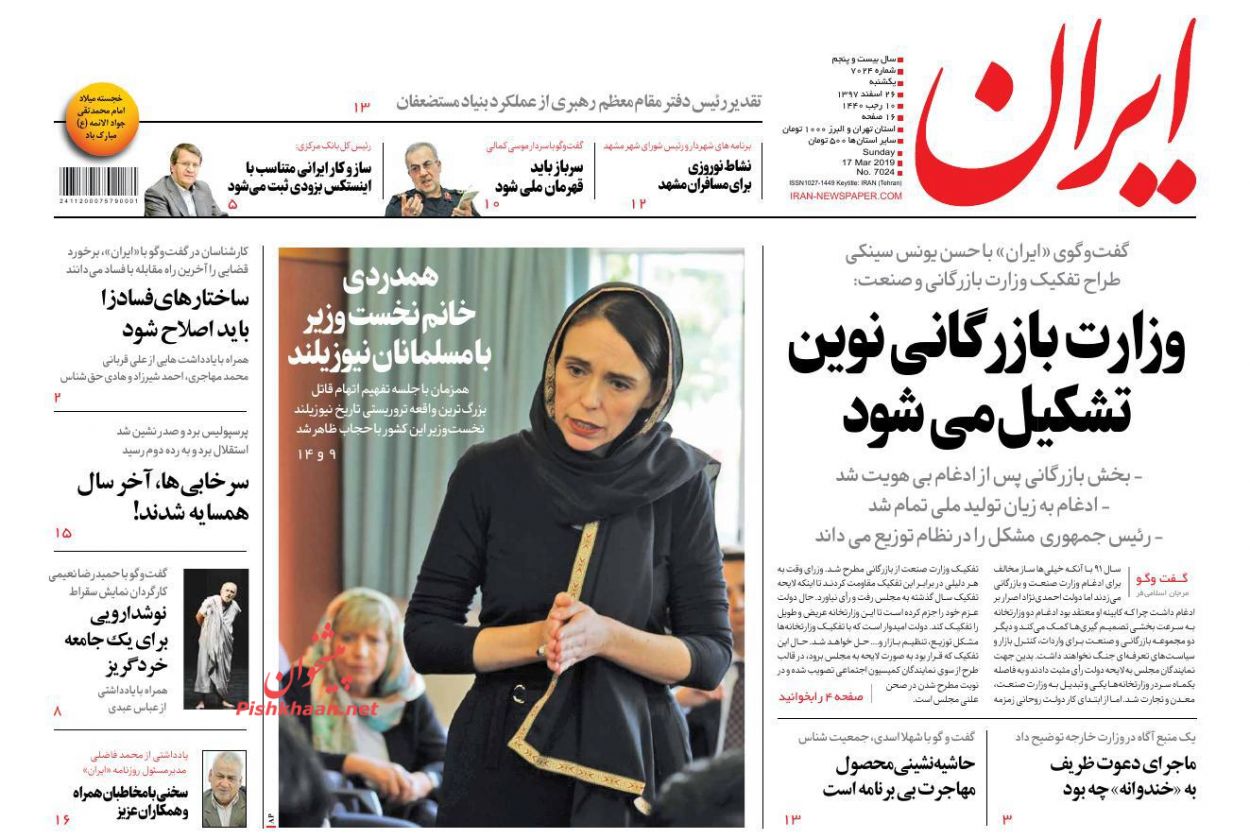 1- Iranian Mechanism Corresponding to INSTEX to Be Launched Soon 3- Special Military Unit to Be Formed to Protect Venezuela Infrastructure 3- What Will Iran’s Oil Clients Do with US Exemptions? 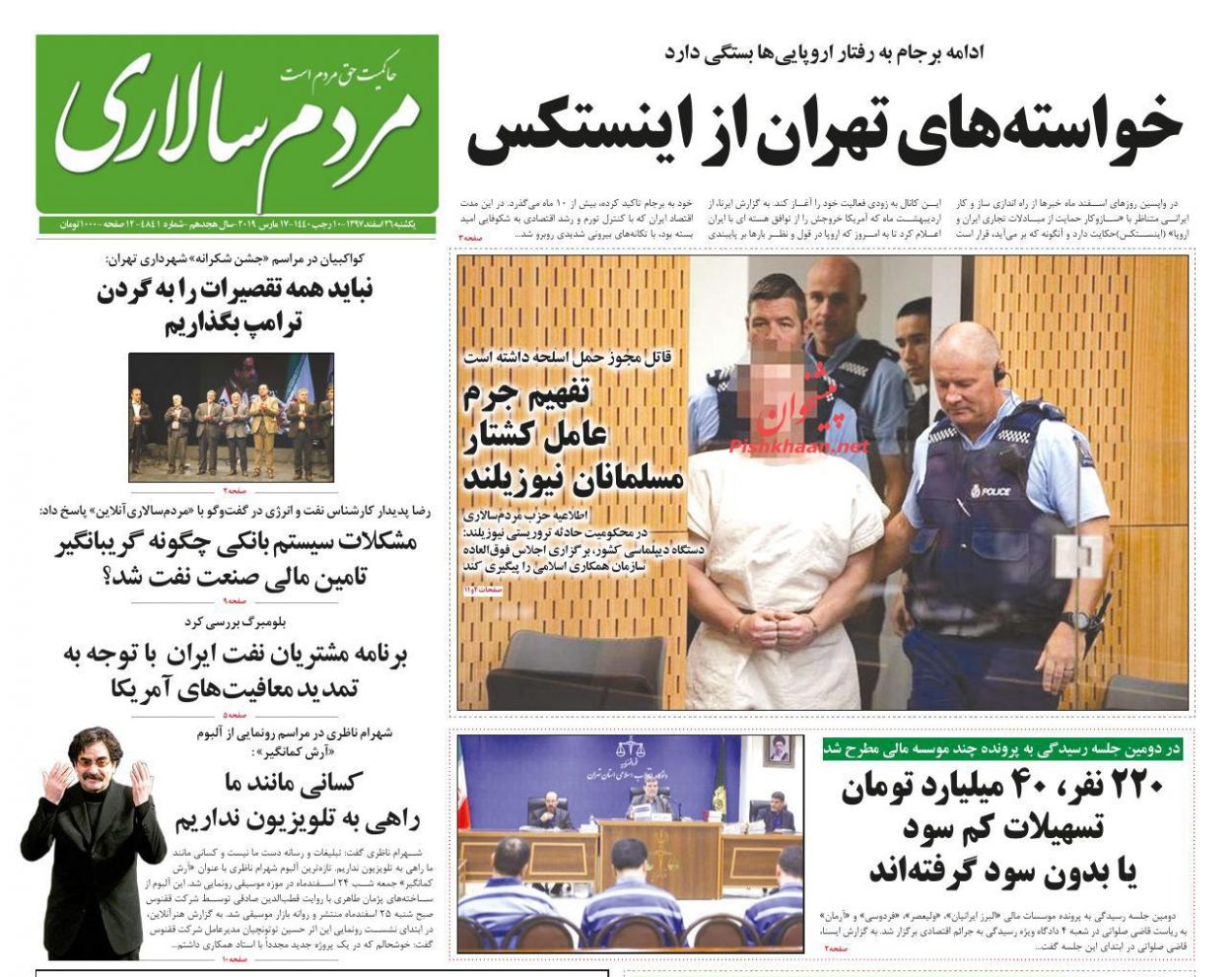 1- Iran, EU Getting Out of Deadlock in Trade

2- Danger of White Nationalism for World 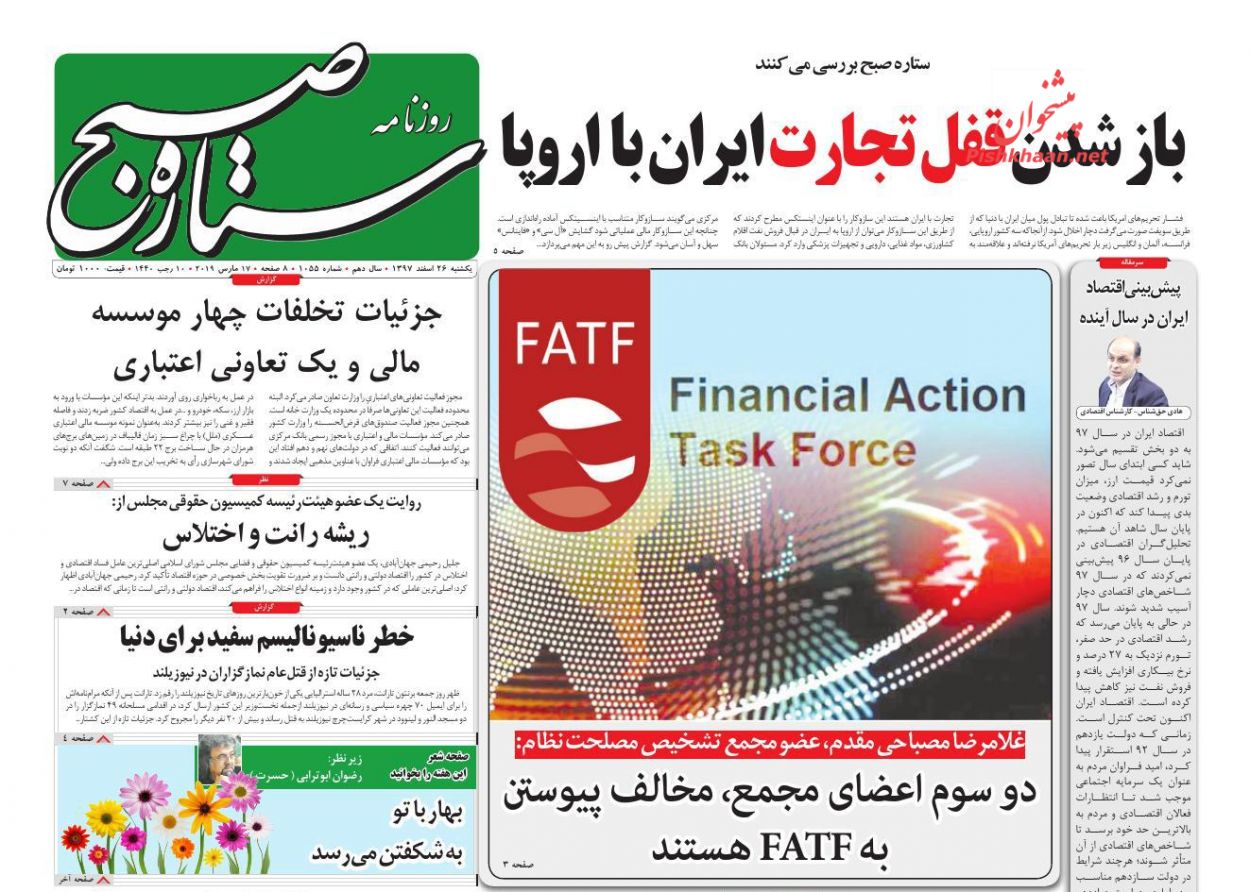 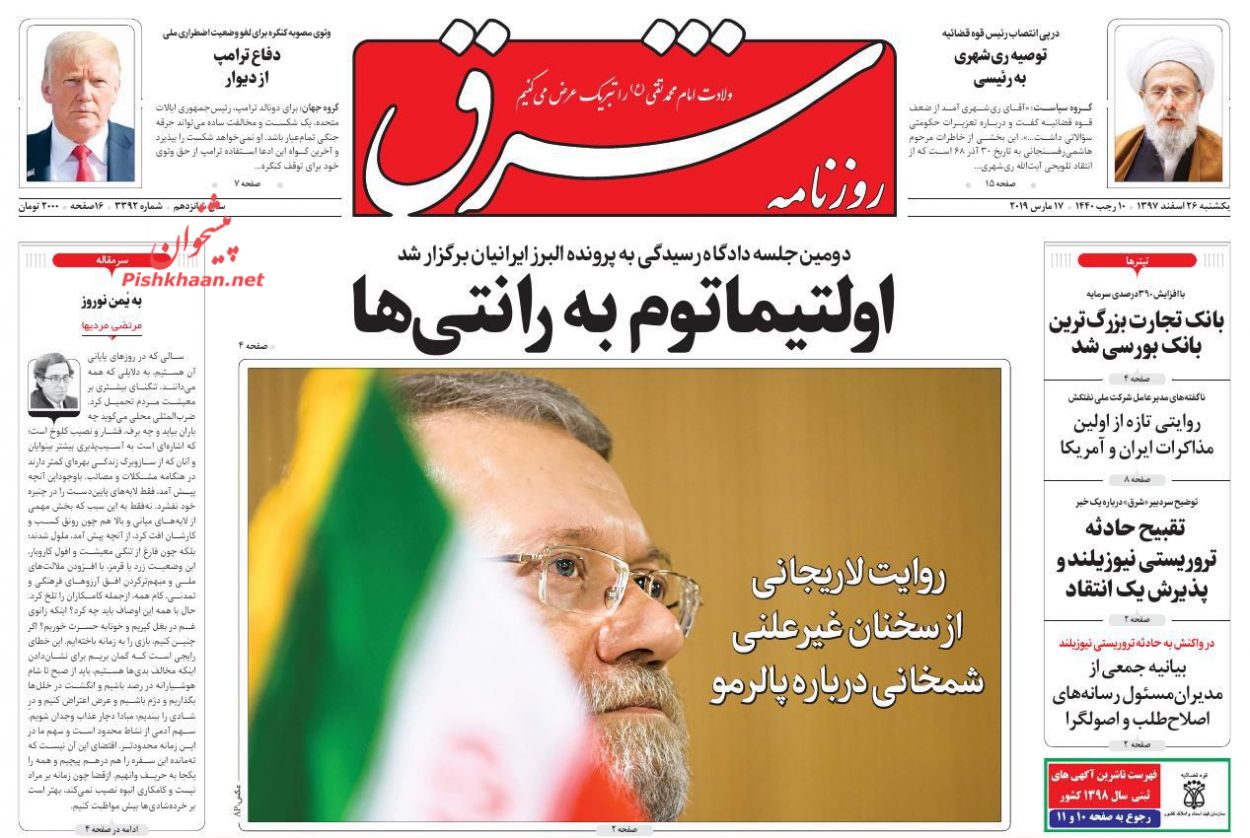