IFP has taken a look at the front pages of Iranian newspapers on Thursday, June 27, 2019, and picked headlines from 11 of them. IFP has simply translated the headlines and does not vouch for their accuracy.

1- Rouhani: We Advise US, Europe to Return to Their JCPOA Commitments

2- Iran Leader: US’ Offer of Talks ‘Deceit to Disarm Iran’

4- Pompeo: We Still Have No Timeline for Withdrawal from Afghanistan 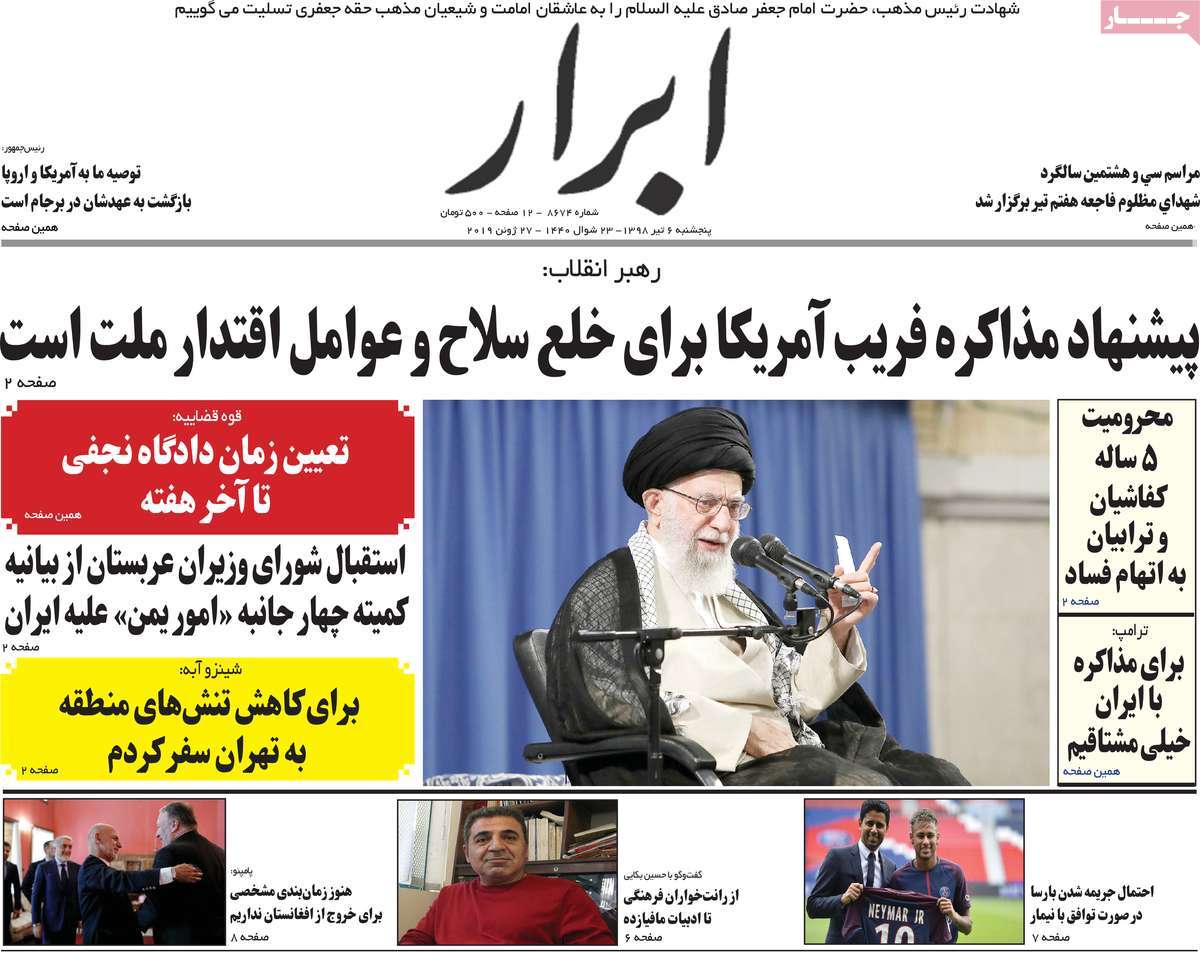 3- Iran Leader Dismisses US Offer of Talks as ‘Deceit’ 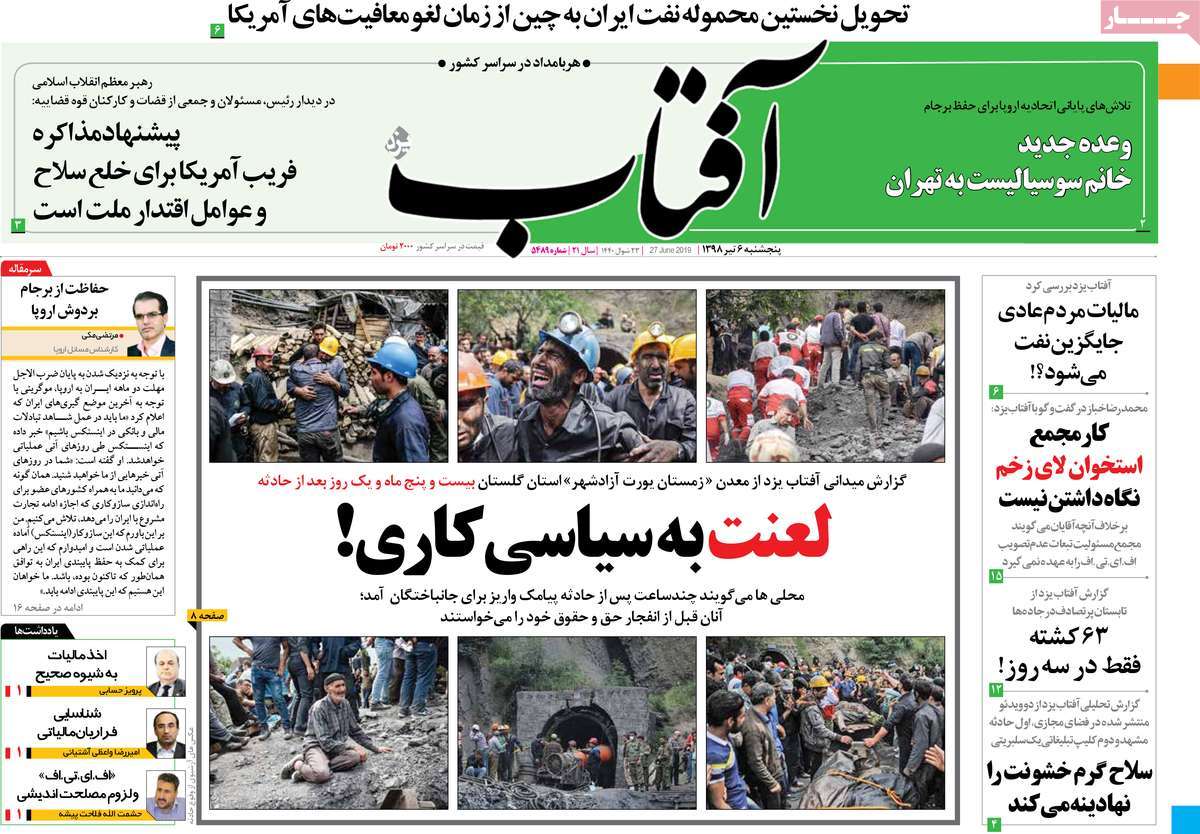 2- Contradictions in Trump’s Stances Discredited US 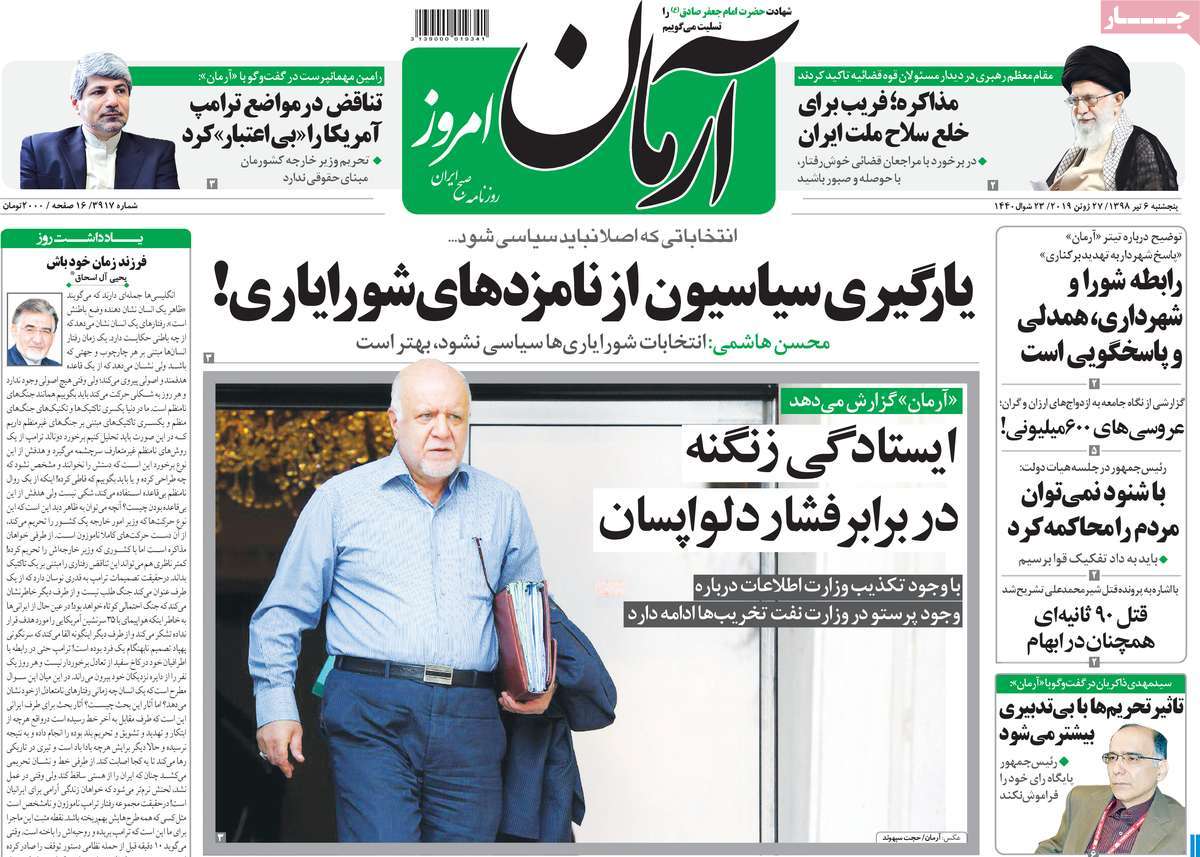 1- IRGC Chief: Sanctions against IRGC Generals Show US Frustration in Face of Iran’s Might

2- INSTEX to Become Operational Within a Few Days

3- Peace Plan Which Was Born Dead: A Report on Deal of Century at Bahrain Economic Workshop 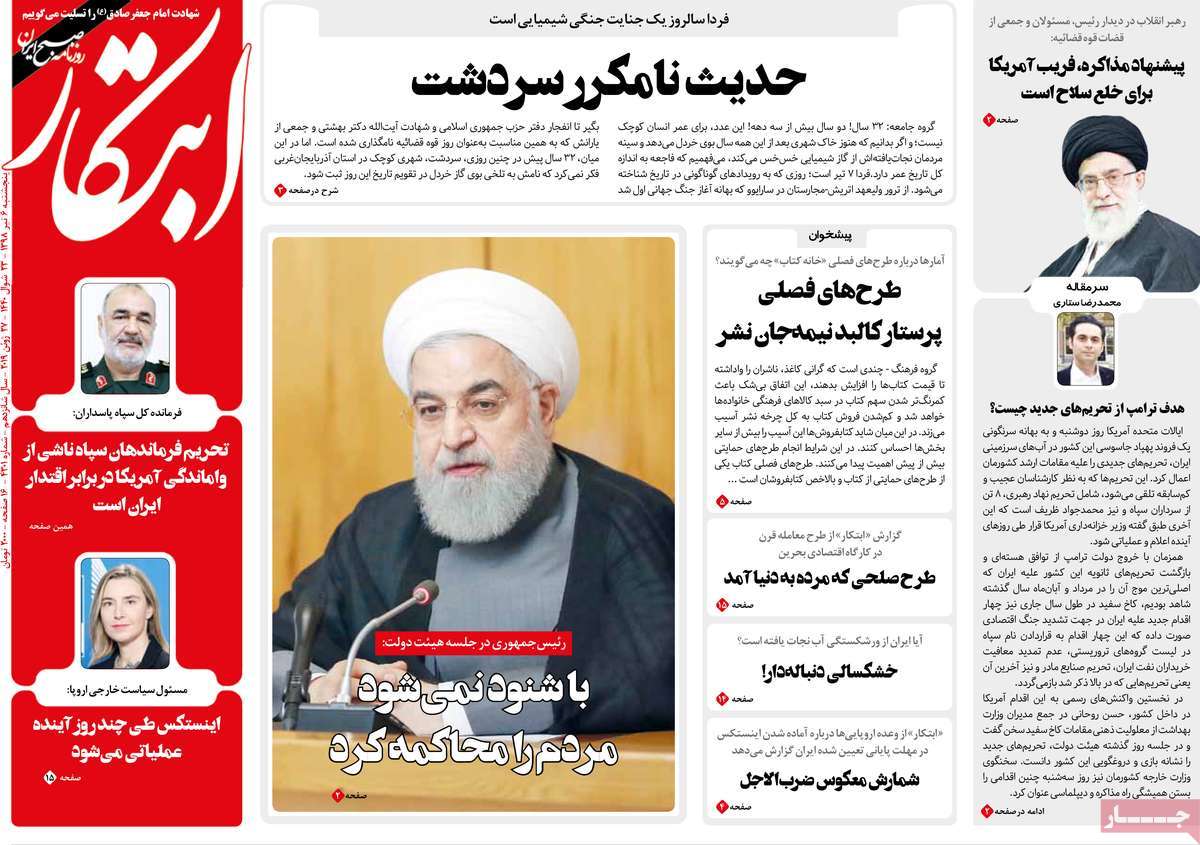 1- I Believe US Offer of Talks Is a Deceit: Leader

2- Clash in Vienna: Iran to Stop Some of Its JCPOA Commitments Based on Deal’s Articles 26 and 36 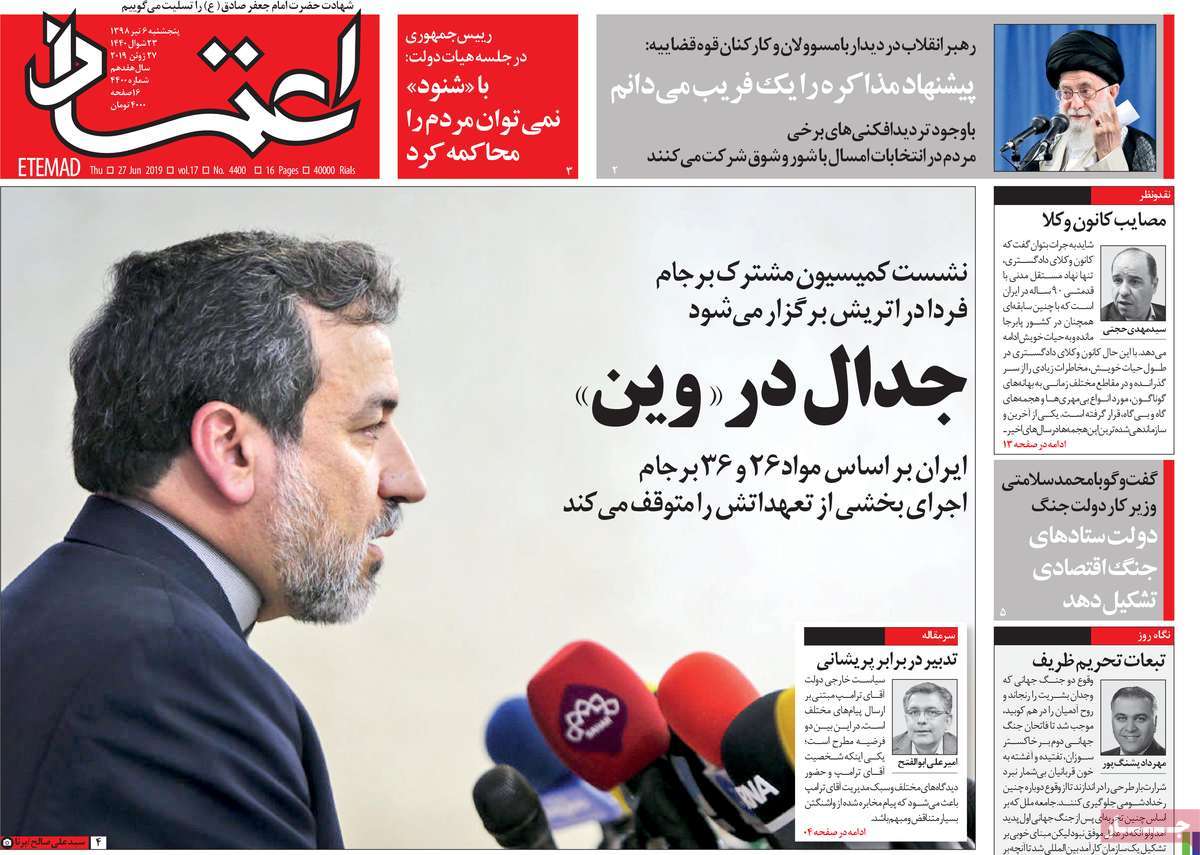 1- Mogherini: INSTEX Ready to Be Operationalized 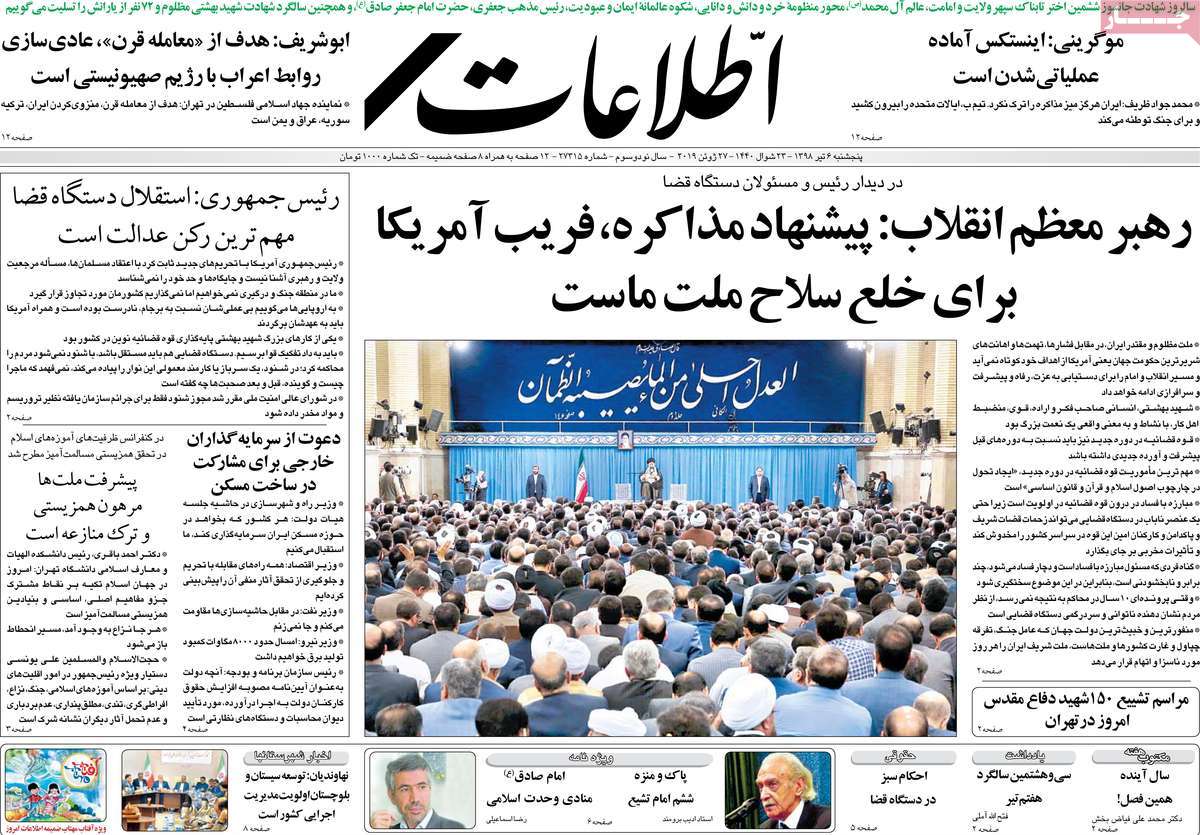 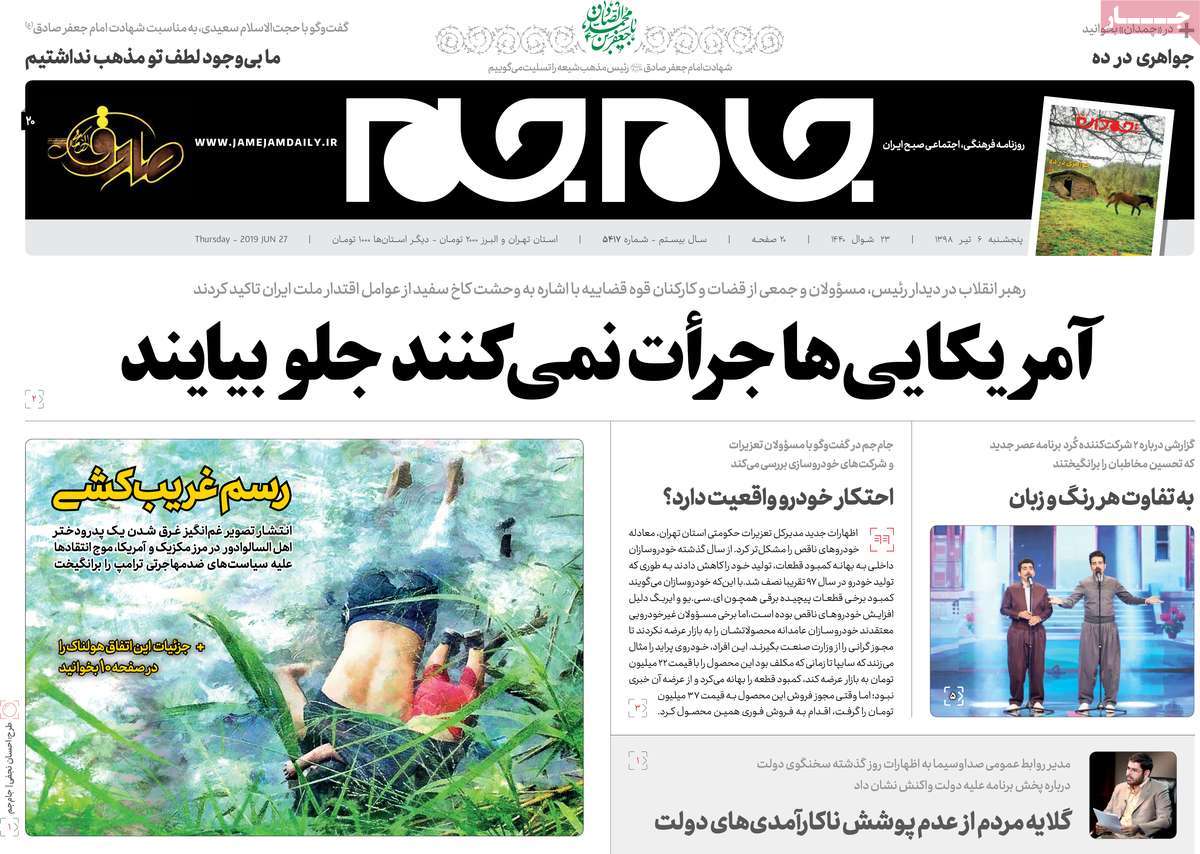 2- Iraq: We’ll Stand by Iran in Any Irresponsible Move by US

3- Rouhani to Macron: We Won’t Renegotiate JCPOA under Any Circumstances 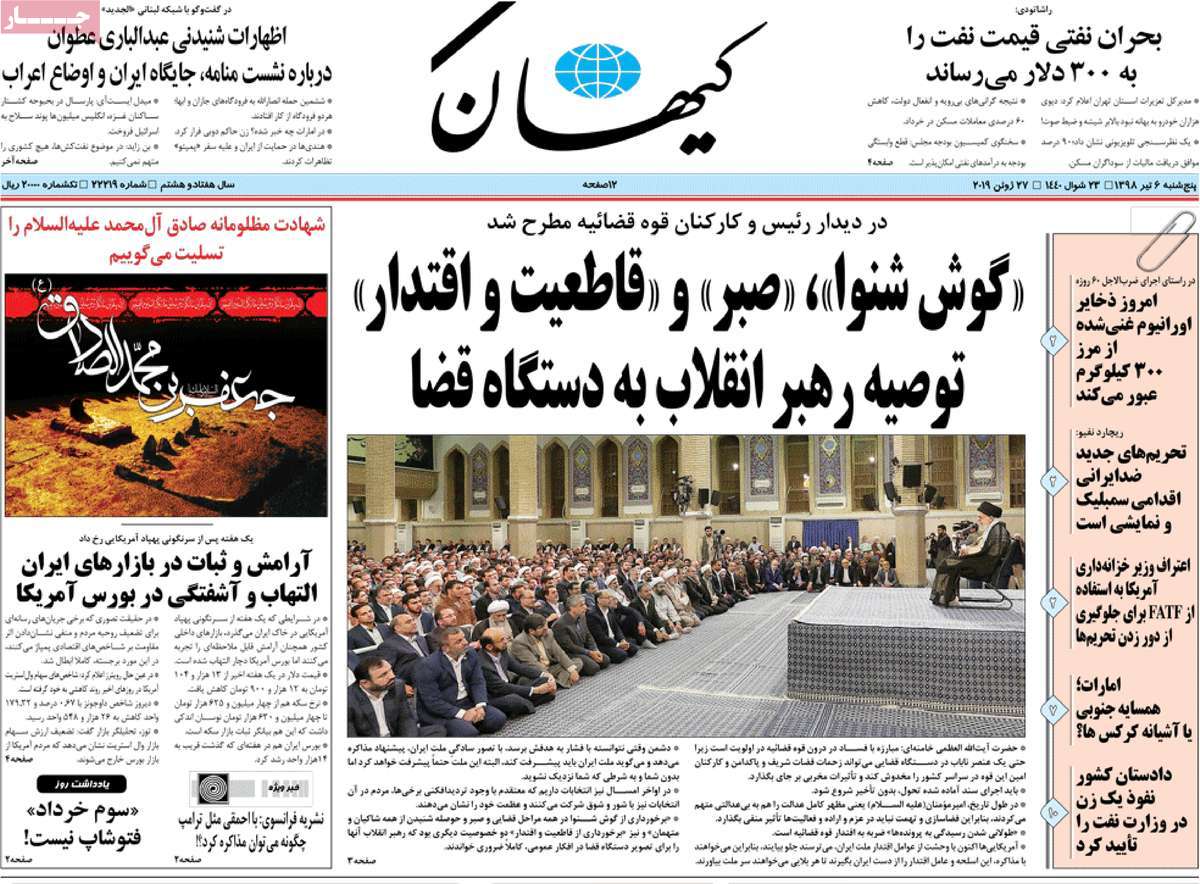 1- Iran Leader: They Want to Strip Iran of Its Weapons through Negotiation 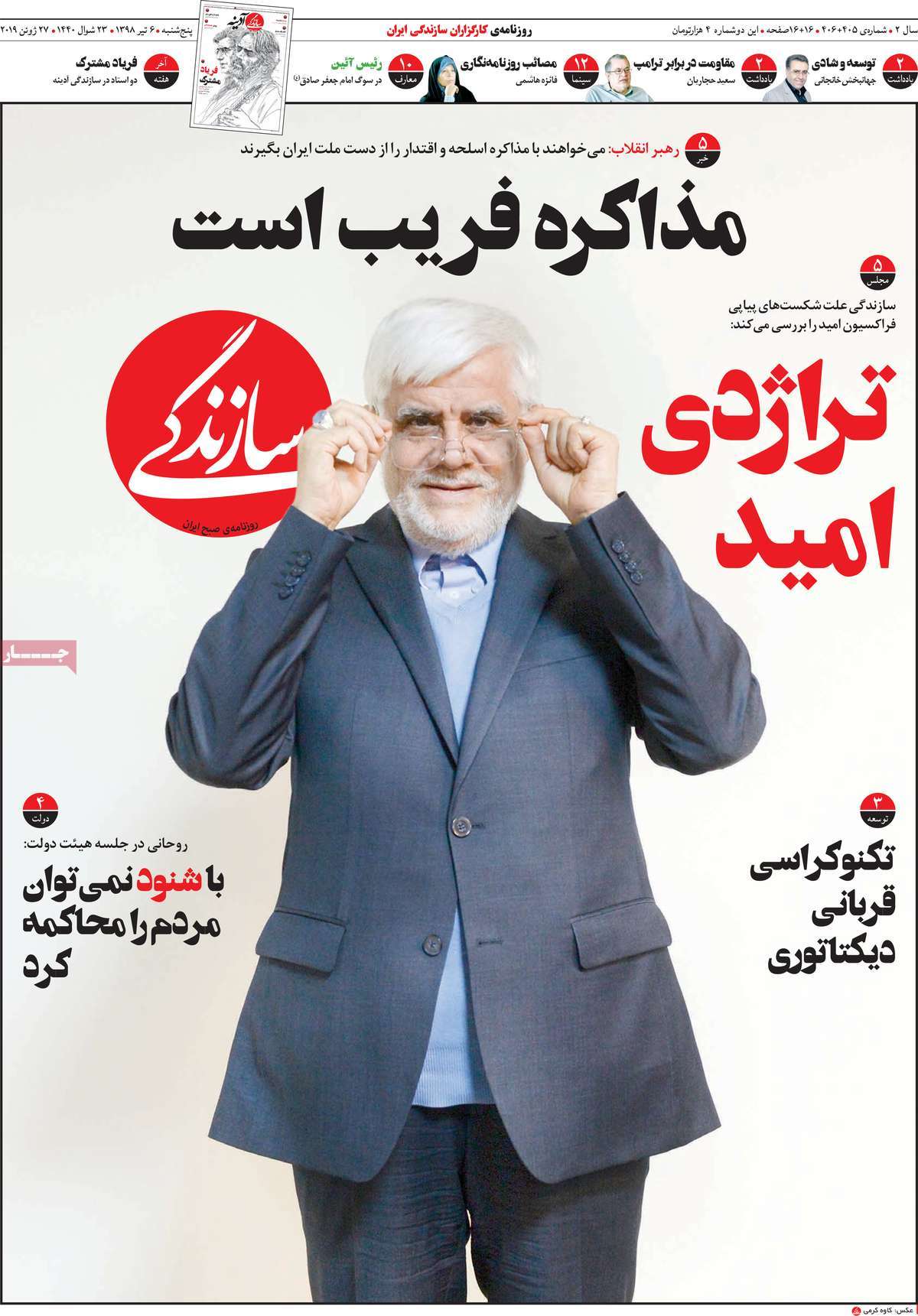 2- Rouhani: We Recommend US and Europe Return to Their Commitments

3- Mogherini: INSTEX Ready to Be Implemented 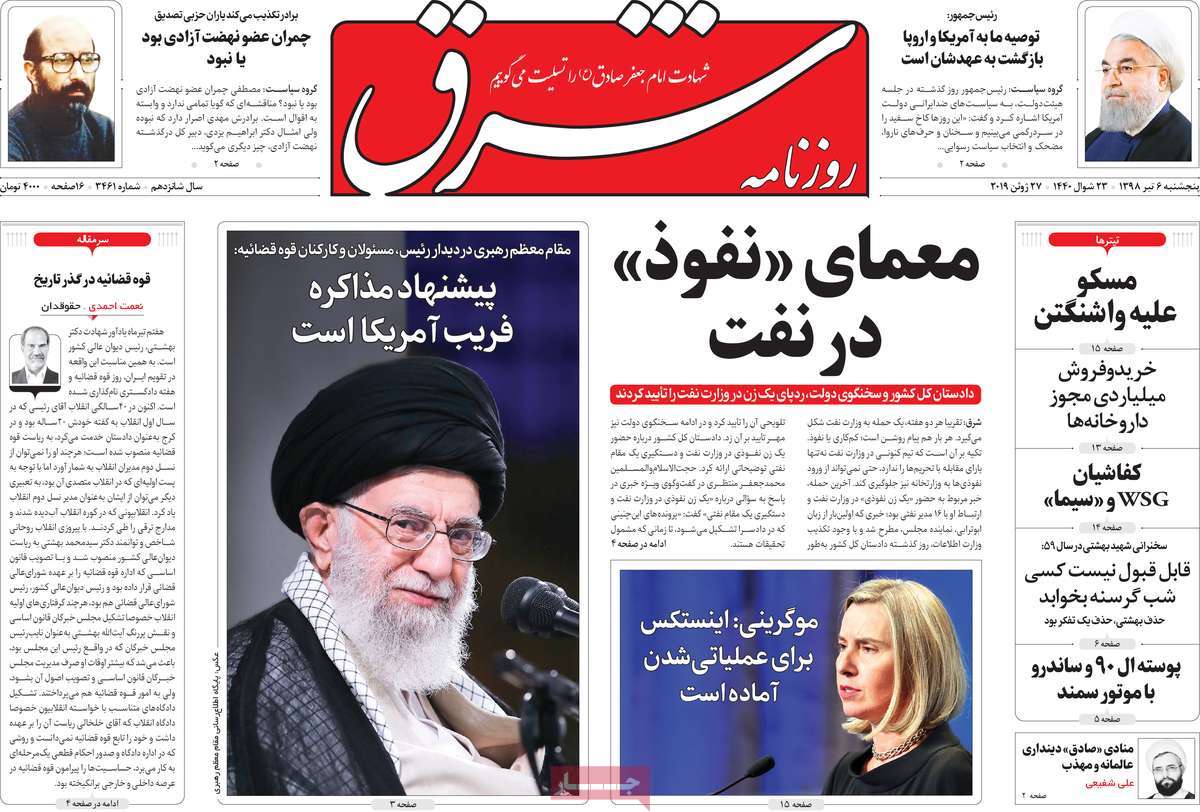