IFP has taken a look at the front pages of Iranian newspapers on Saturday, July 18, 2020, and picked headlines from 12 of them. IFP has simply translated the headlines and does not vouch for their accuracy.

1- We Won’t Give One Inch of Iranian Territories to China: Zarif
2- No Hegemony in Iran-China Agreement [Editorial] 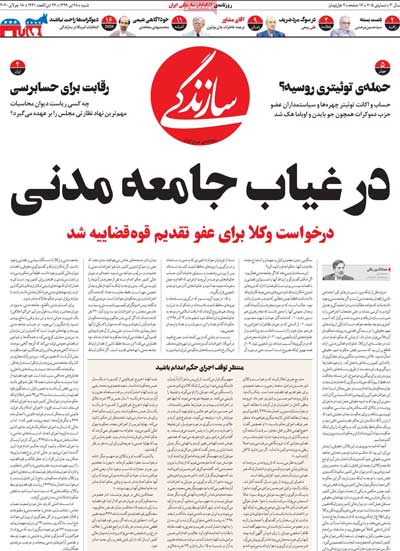 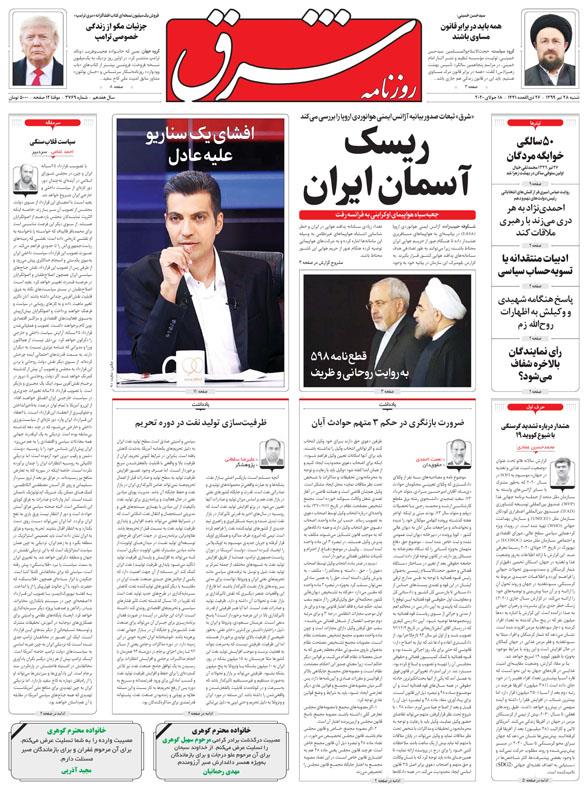