A look at Iranian newspaper front pages on Jan 13 1. $30bn of frozen cash accessible by next week Head of Iran-UAE commerce chamber said UAE’s decision to reduce its diplomatic ties to a lower level has no impact on its trade with Iran.

Earlier this week, another university lecturer has suggested that university professors and lecturers should offer extra bonuses to students who observe Islamic dress codes in their classes. 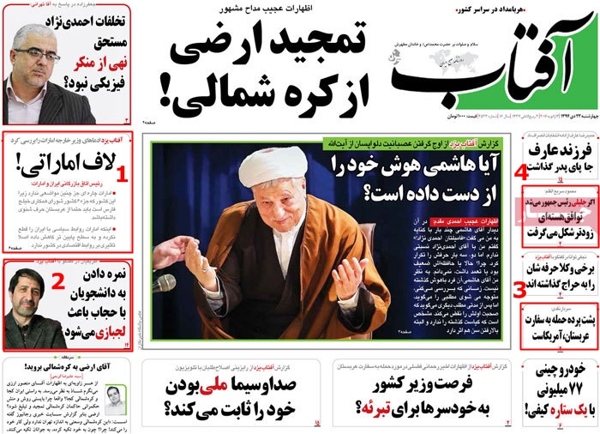 2. 95% of bulged discs treated without surgery 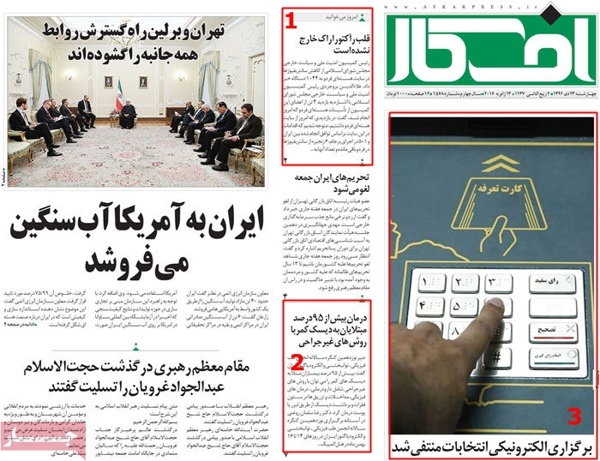 Illegal ownership of mountainous lands north of Tehran has left nothing from Darband resort.

The US-engineered international sanctions on Iran’s nuclear program will be removed by Friday. – Henri Kissinger: Israel will disappear in 2022 2. 4,000 foreign investors in Tehran Chamber of Commerce since July deal

3. 12% rise in salaries of state staff next year

Government spokesman: The monthly salary of no working or retired staff will be less than IRR 15m next year. The Islamic Republic welcomes contributions to the development of Chabahar Port in southeast Iran. 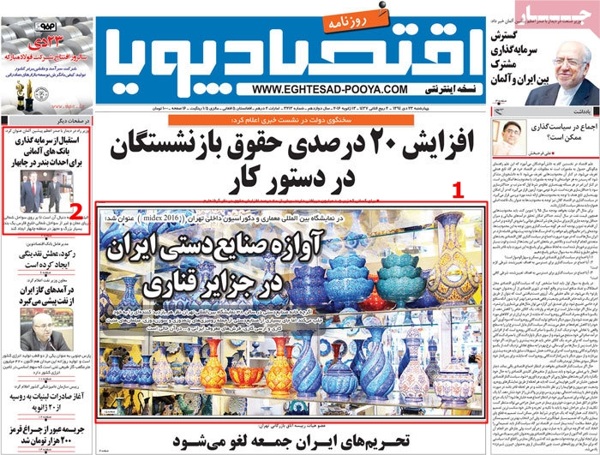 1- President: Iran ready to employ all capacities in fight against terrorism 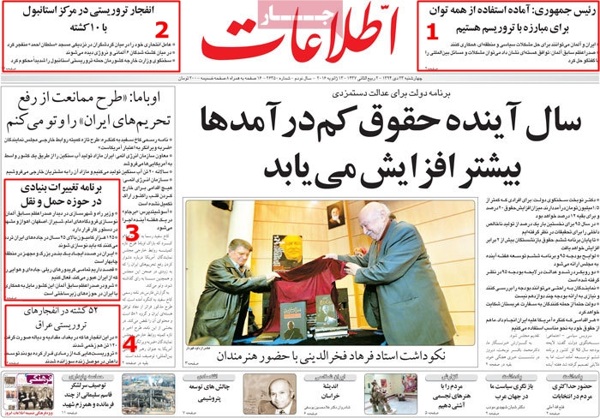 – Head of Iran’s chamber of commerce: 60% of banks’ assets frozen 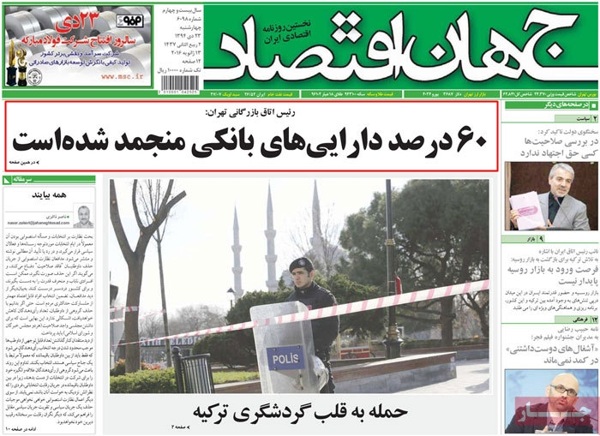 1- Assad: We are indebted to Iran for containing regional terrorism

4- IRGC’s intelligence blow and rebalance of power in BBC 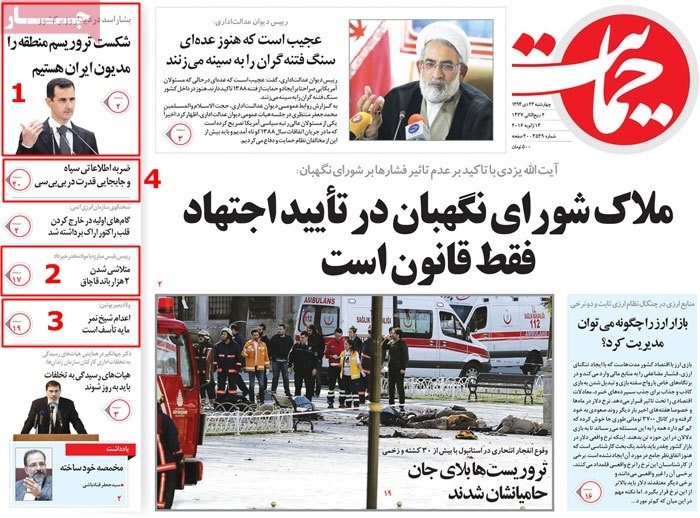 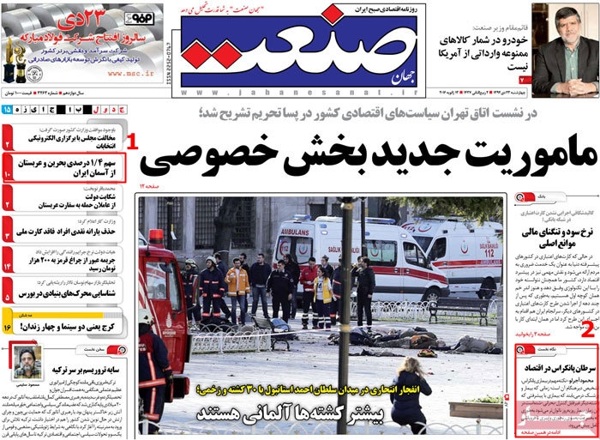 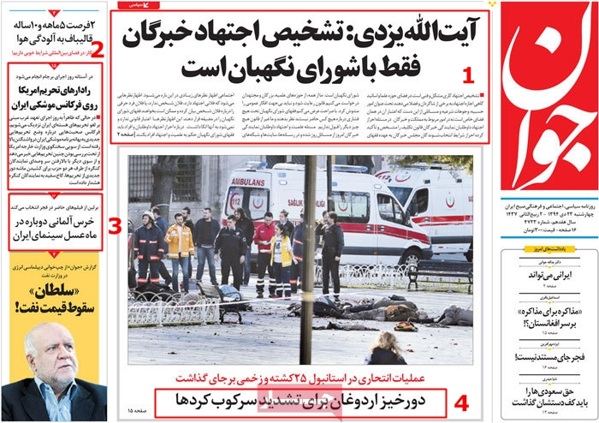 – Isfahan steel on the path to supremacy 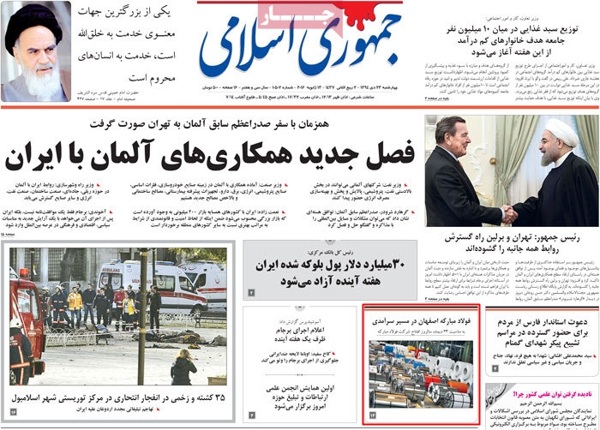 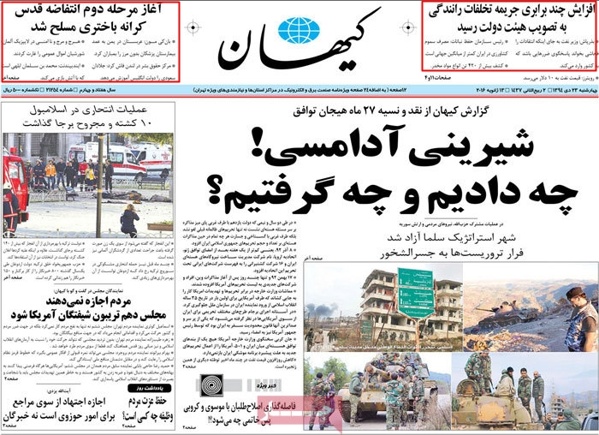 3- Everything about a cinema school in Iran 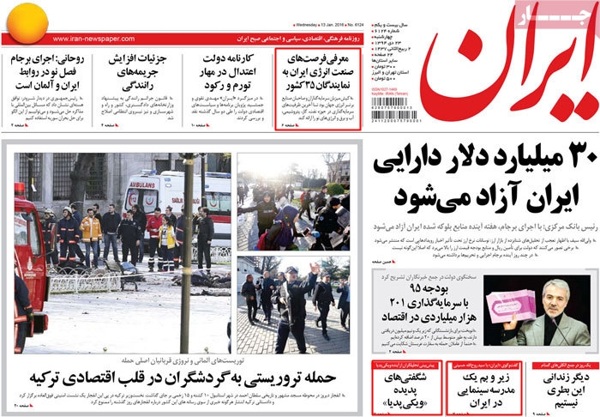 – US democrats join republicans against Iran 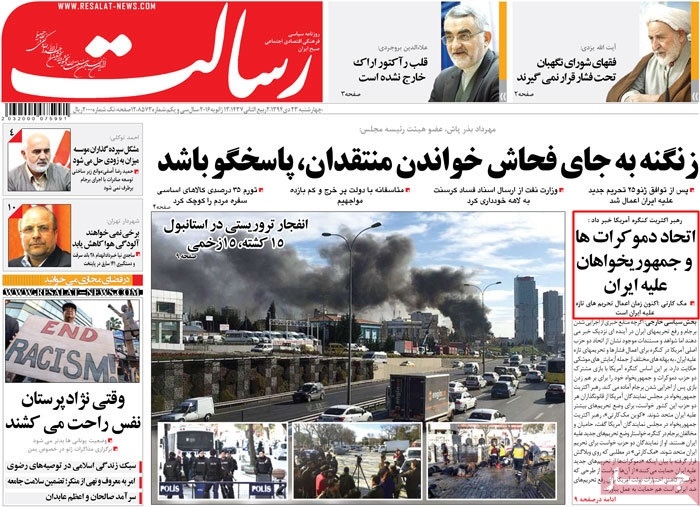 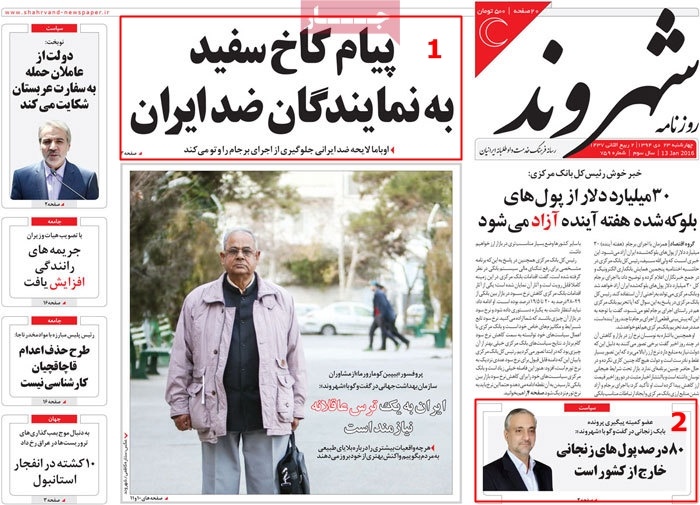 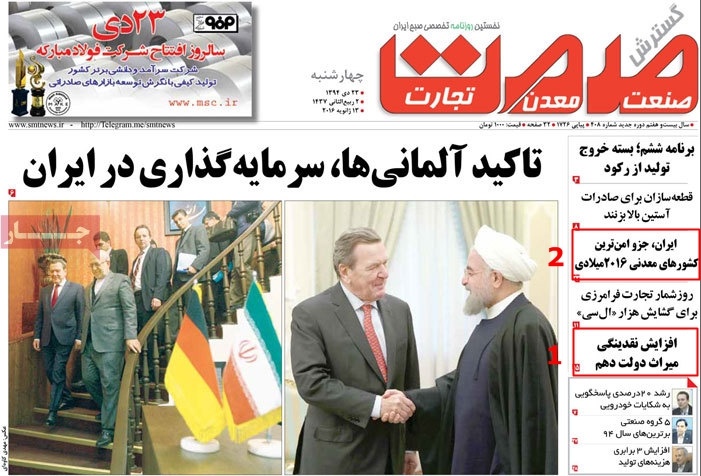 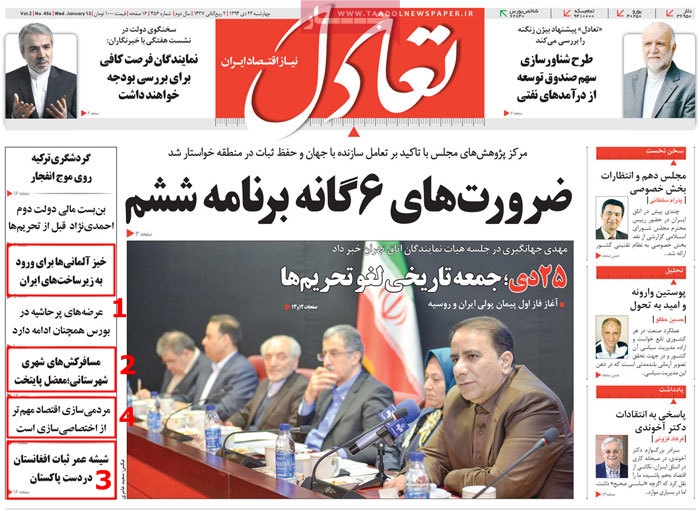 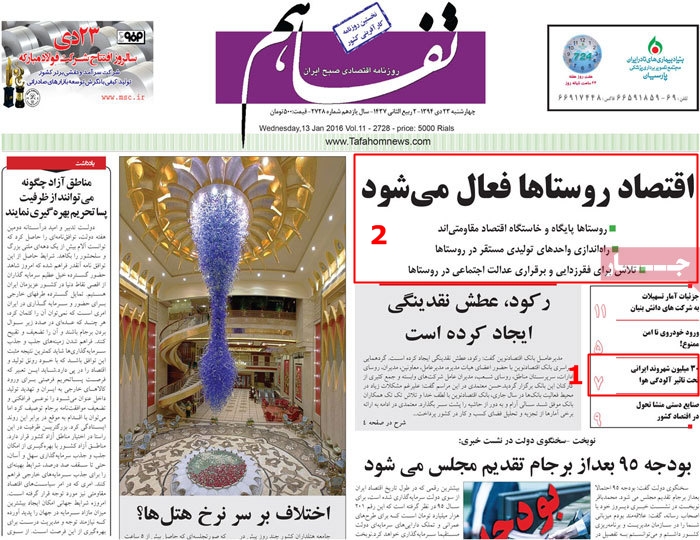