A look at Iranian newspaper front pages on Feb. 25

Comments by the government spokesman that fuel prices won’t increase next year dominated the front pages of Iranian newspapers on Wednesday. Also on the cover of dailies were the remarks of Iranian Foreign Minister Mohammad Javad Zarif on issues such as talks with P5+1 and Iran’s continued support for Iraq in the fight against IS terrorists.

Abrar: “We have no plans to walk away from the negotiating table,” said the Iranian FM after talks with his US counterpart in Geneva.

His comments came as the US State Department spokeswoman said some progress has been made in nuclear talks. 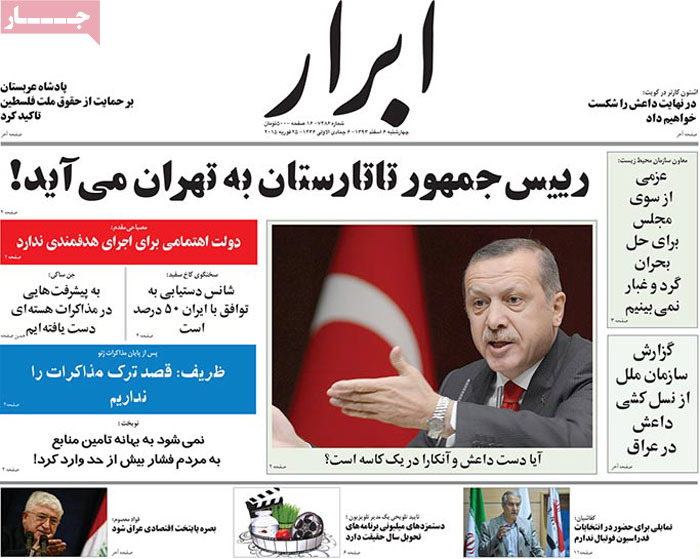 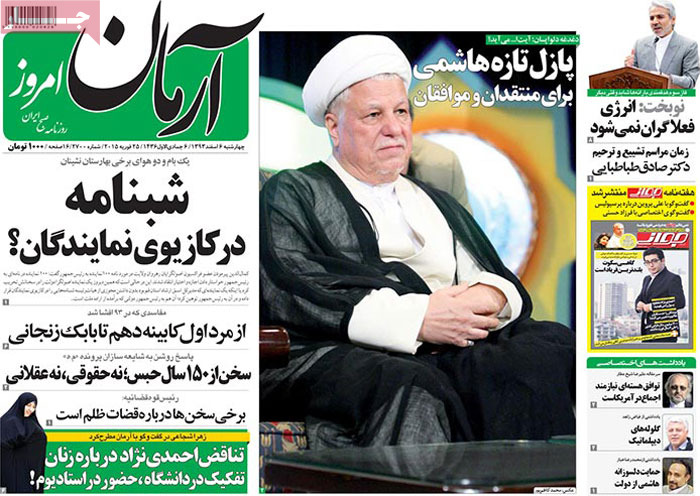 Ebtekar: “Handing out cash subsidies was wrong in the first place,” said the first vice-president.

Ebtekar: “We have a tough year ahead in meeting the water and electricity needs of citizens,” said the energy minister. 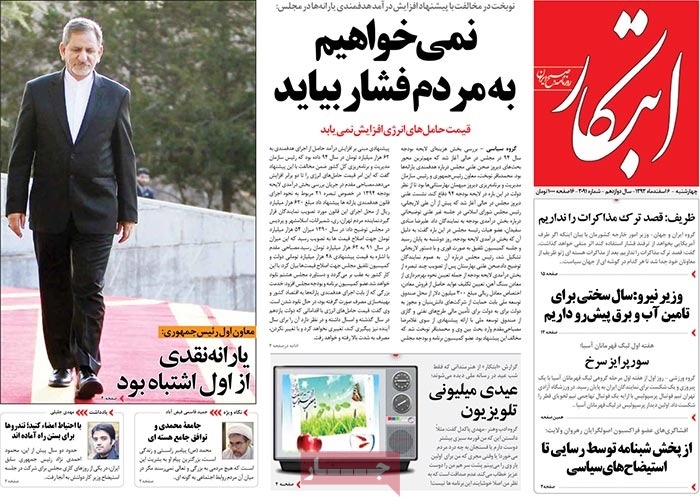 Etemad: A meeting between Iran’s Abbas Araghchi and the IAEA chief has set in motion closer cooperation between Tehran and the UN nuclear watchdog. 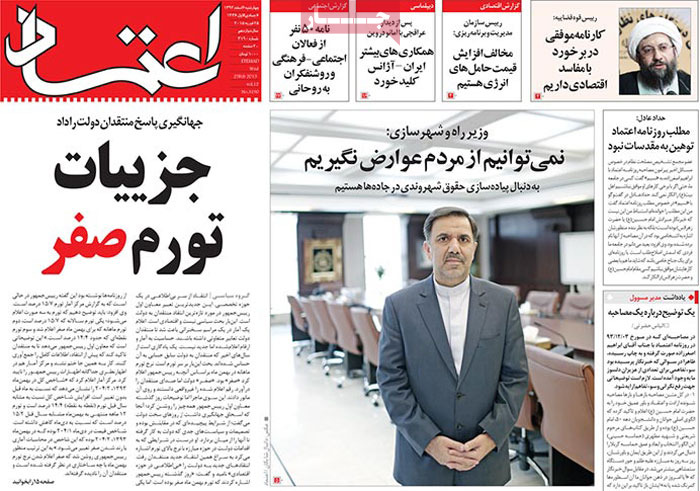 The Iranian top diplomat further said that he and his team are in quest of a solution that fully recognizes the rights of the Iranian nation. 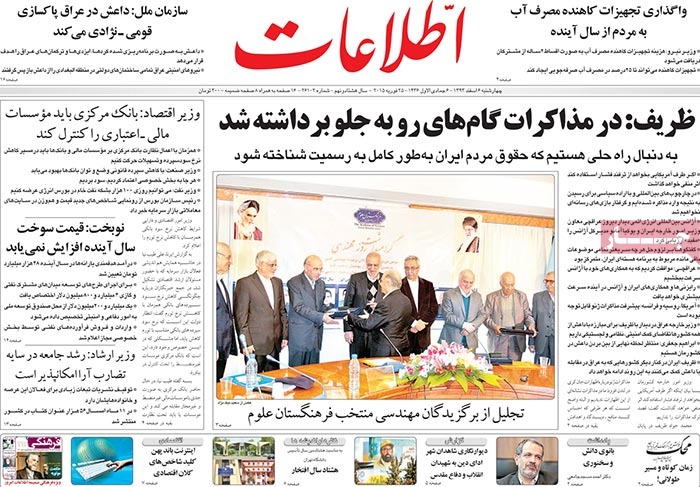 Hemayat: “Some 90 percent of cases cyber police deal with have to do with fraud,” said Police Chief Brigadier General Ahmadi Moghaddam. 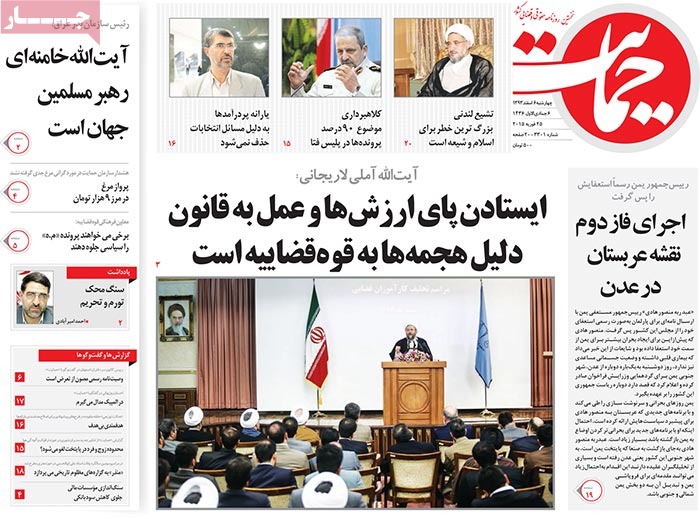 Jamejam: Persepolis had a stellar performance in their Asian Champions League opener, beating a Qatari team 3-0 at Tehran’s Azadi Stadium. 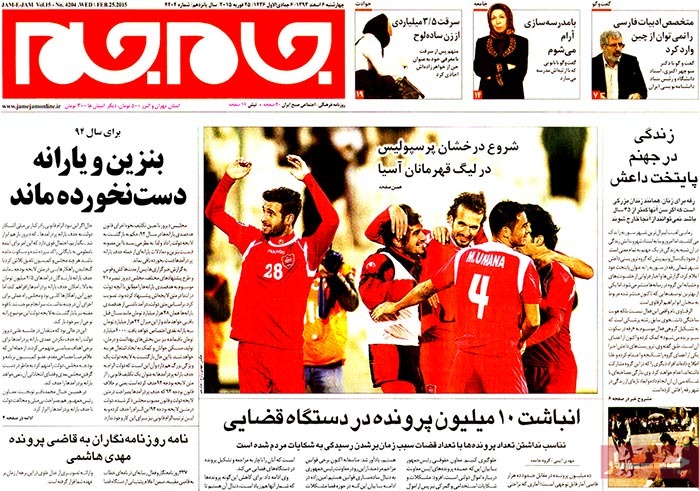 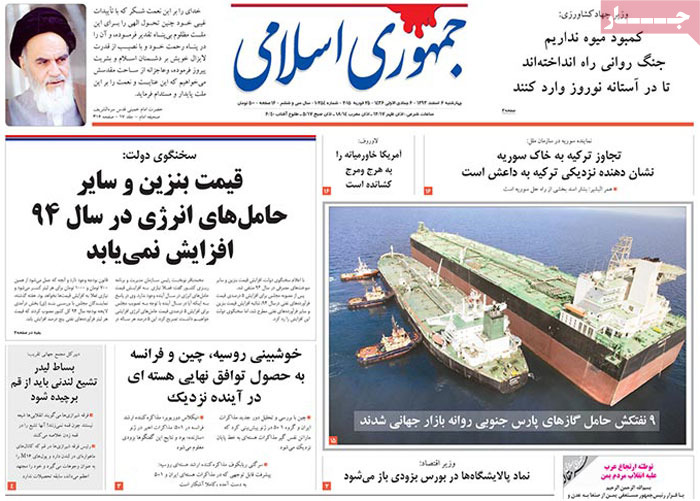 Kar va Kargar: “We will continue to help Iraq crack down on IS,” said the Iranian foreign minister at a joint press conference with his Iraqi counterpart. 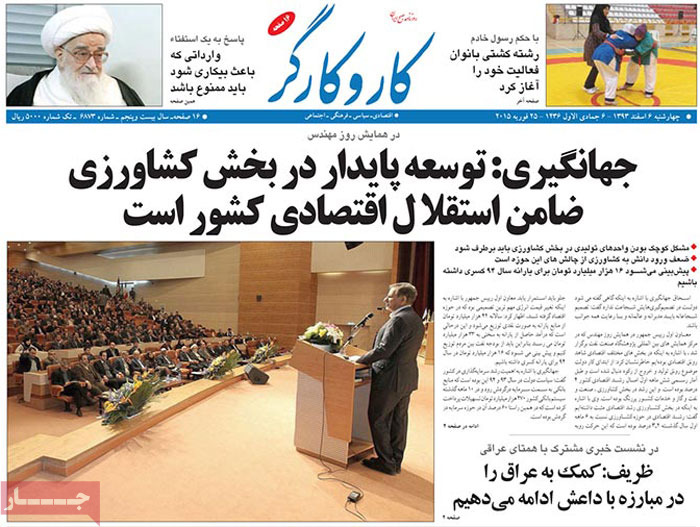 Kayhan: Water crisis management commissions have been ordered set up.

Kayhan: “In case the ministry of culture does not deal with Etemad Daily, the culture minister will be dealt with,” warned the chairman of parliament’s Cultural Committee. 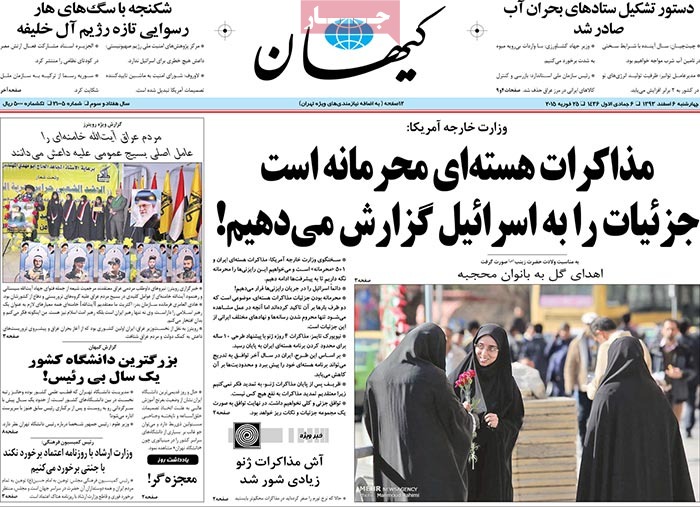 Khorasan: Under a parliamentary decision cash subsidies will remain unchanged next year. Mardomsalari: “Parliament seems to lack resolve to settle the problem of dust storm [gripping the southwest],” said the deputy director of the Environment Protection Organization. 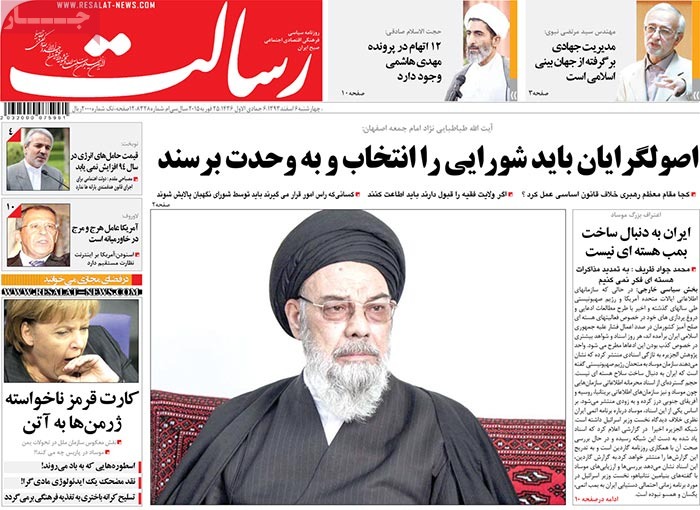 Rooyesh-e Mellat: “Today is not the time to air grievances against Rouhani, we need to help him,” said Ayatollah Hashemi Rafsanjani. 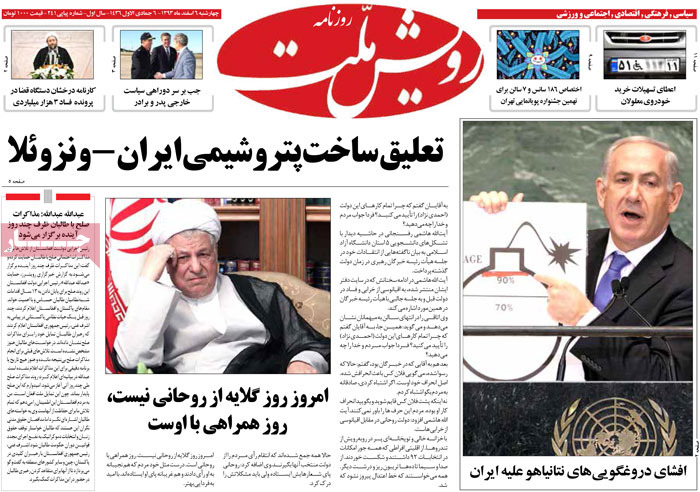 Shahrvand: “The Judiciary is looking into up to 15 million legal cases,” said Judiciary Chief Ayatollah Larijani.