A look at Iranian newspaper front pages on Feb. 24

The comments of Ayatollah Khamenei at a meeting with members of a commission charged with organizing National Engineering Day ceremonies dominated the front pages of Iranian newspapers on Tuesday. At the meeting the leader urged local engineers and experts to demonstrate “Yes we can” in action. Also in the headlines was the conclusion of four days of nuclear talks between Iran and the US in Geneva, Switzerland.

Abrar: A representative of the EU has joined Zarif and Kerry for nuclear talks in Geneva.

It came as the Chinese top negotiator said a next round of talks will be held by the end of the month. 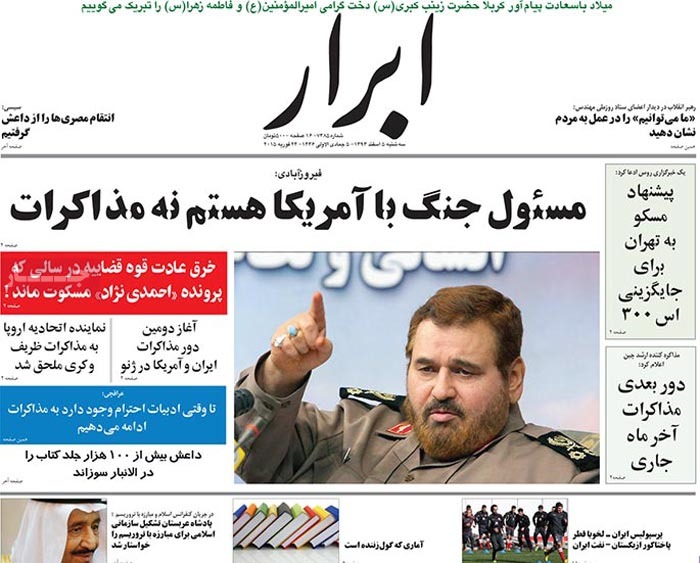 At the close of four days of sensitive, intense and serious talks between Iran and the US, the two sides reiterated that there had been some progress and that the talks would be picked up next week. 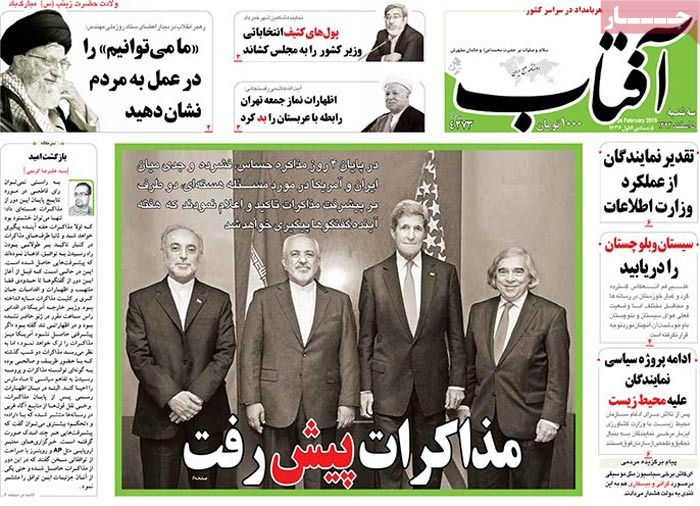 The summons was issued after the coach of Esteghlal Football Club filed a complaint against the host of 90, a very popular sports talk show. 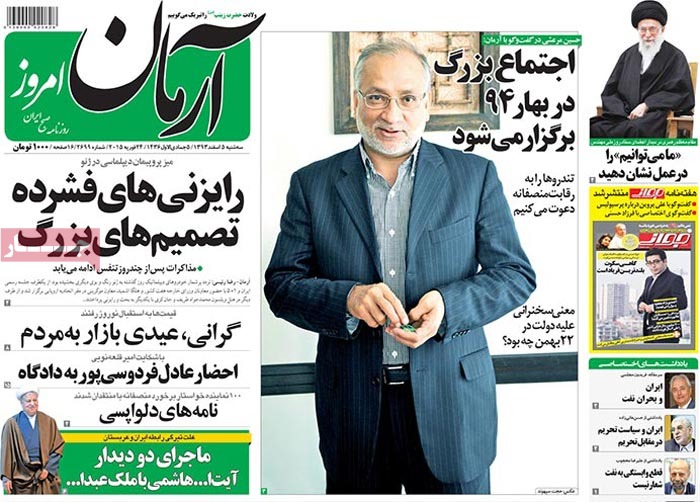 Ebtekar: Revelation of a big lie

President Hassan Rouhani has criticized those who are trying to suggest that Iran is hiding something in its enrichment program. 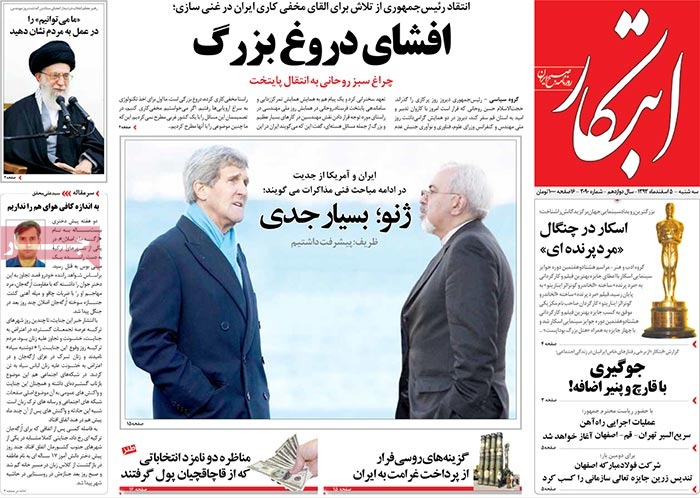 Etemad: Serious, useful and constructive, with a little progress

Four days of intense nuclear talks [between Iran and the US] at the highest level came to an end. 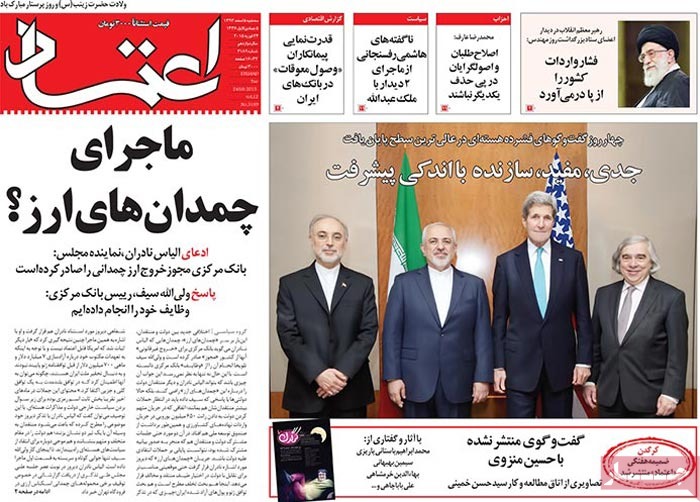 Ettela’at: Feasibility studies to move the political and administrative capital

President Rouhani called for such studies in a message to a gathering on decentralization. 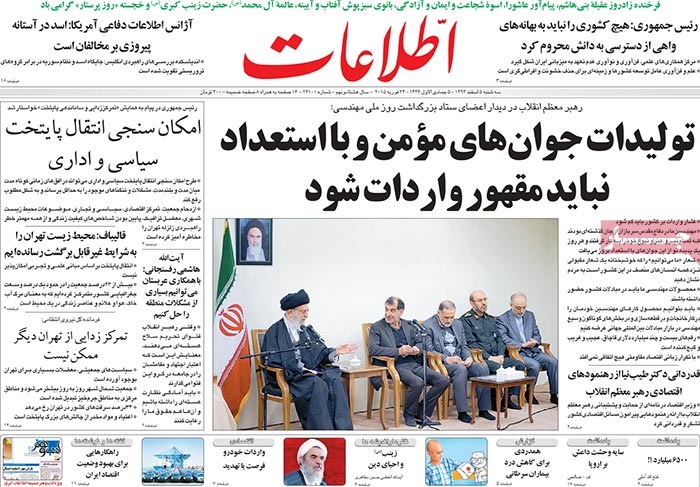 Ghanoon: They have smiling looks on their faces; deep down they are worried, though.

The caption of a photo of a smiling Zarif and Kerry said. The same story quoted President Rouhani as criticizing Russia for its failure to honor its promises during nuclear talks.

Ghanoon: It seems Ahmadinejad has no intention of letting go of this country.

A new round of provincial and foreign visits of the former president has gotten underway. 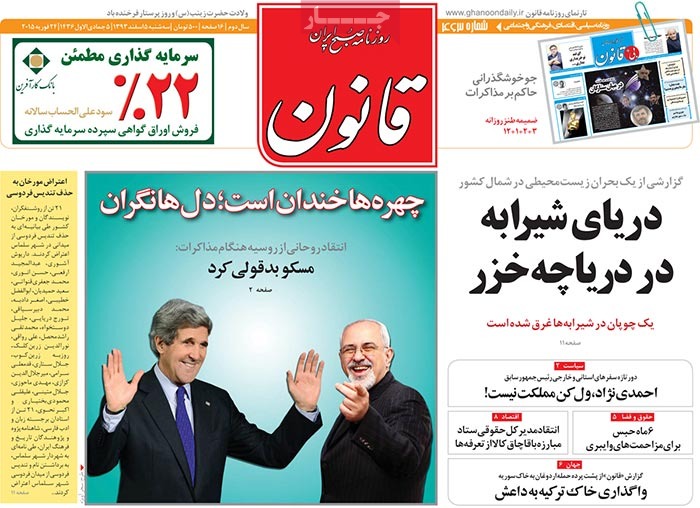 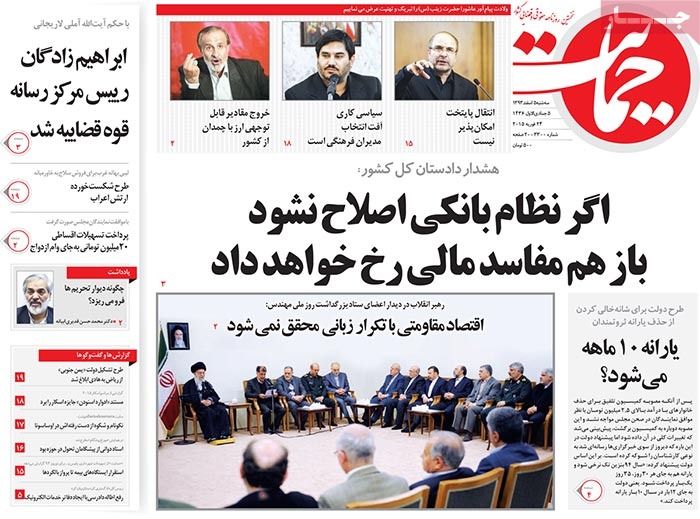 His comment came as Tehran Mayor Ghailbaf said switching the administrative and political capital is impossible. 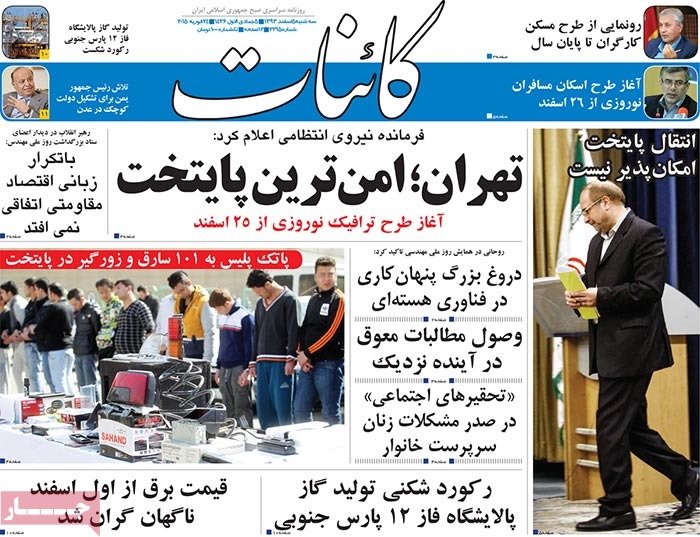 In a meeting with members of a commission charged with organizing National Engineering Day ceremonies, Ayatollah Khamenei also said the country is reeling under the pressure of [excessive] imports.

Kayhan: “Whenever we feel our national interests are not served, we will walk away from the negotiating table,” said an Iranian nuclear negotiator.

The warning by Deputy Foreign Minister Seyyed Abbas Araghchi came in response to threats by the US secretary of state that the US might walk away from the talks. 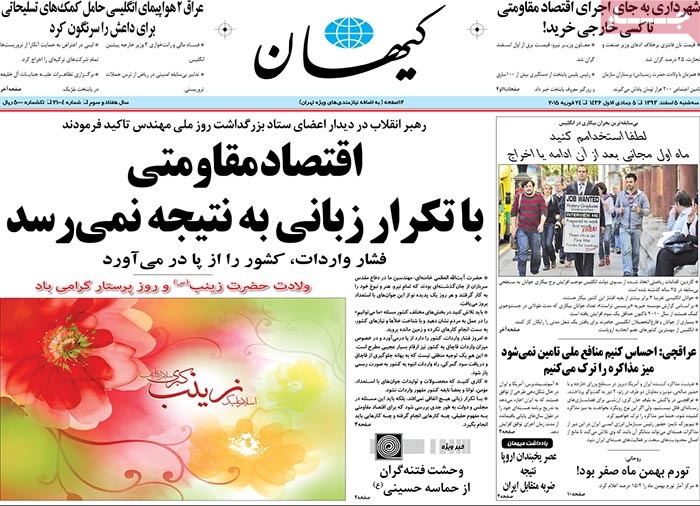 Mardomsalari: A hundred MPs have expressed concern about the denial of legitimate freedoms for critics of the government!

The representatives made their concern known in an open letter to President Rouhani. The chairman of the Expediency Council also said that building power plants is within Iran’s rights. 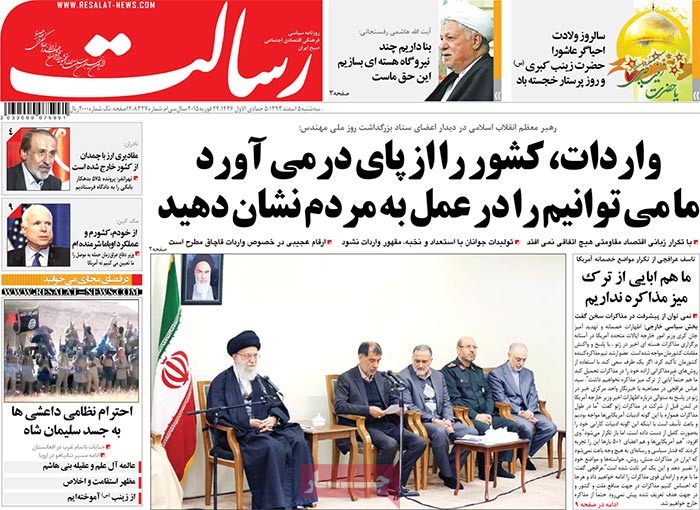 Rooyesh-e Mellat: Another attempt by the Russians not to pay compensations to Iran over their failure to deliver a promised missile system 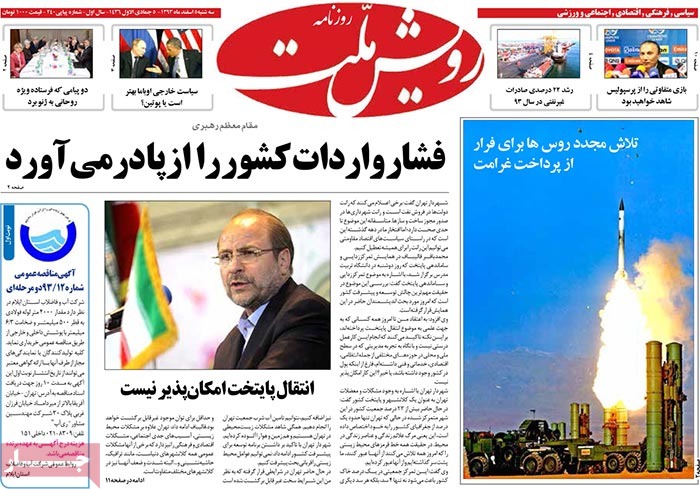 Shahrvand: More than 100 robbers have been arrested in a police operation.

Interpol has now become part of an investigation into cases involving robbery and mugging. 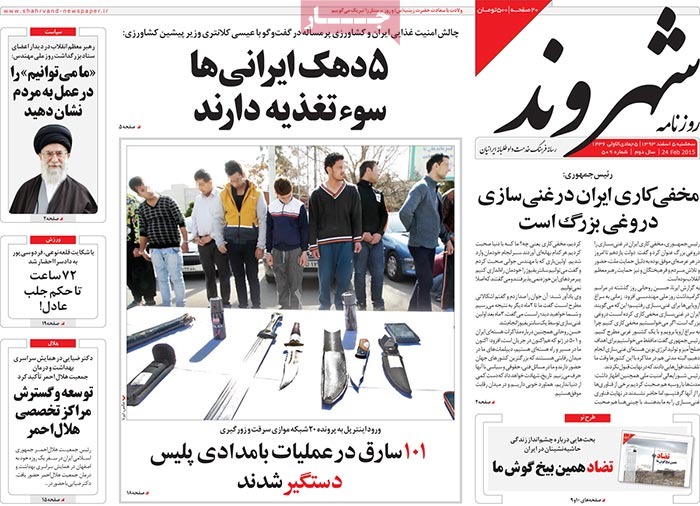 His comment came at a National Engineering Day conference during which it was also said that Iran’s foreign trade has hit the $94 billion mark.