A look at Iranian newspaper front pages on Feb. 23

Nuclear talks in Geneva between representatives of Iran and the US and the comments of President Rouhani on public support for the way his government handles the nuclear issue dominated the front pages of Iranian dailies on Monday.

Abrar: A plan to impose natural gas sanctions on Europe is on the agenda of Iranian MPs. 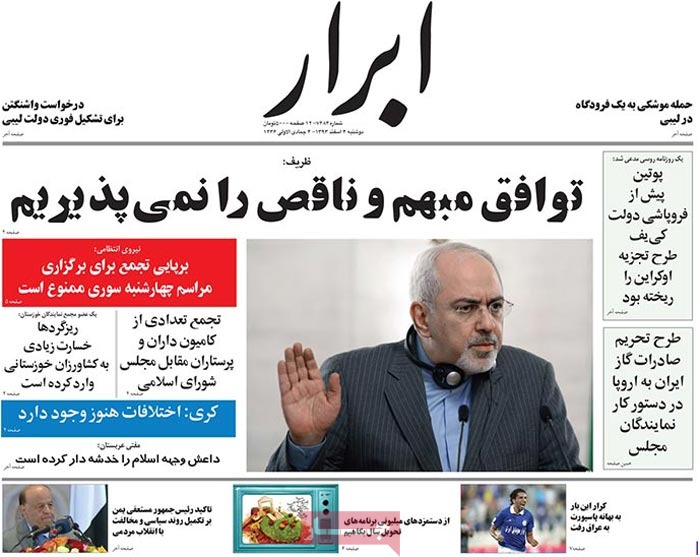 In January steel production in Iran posted a 20 percent growth. 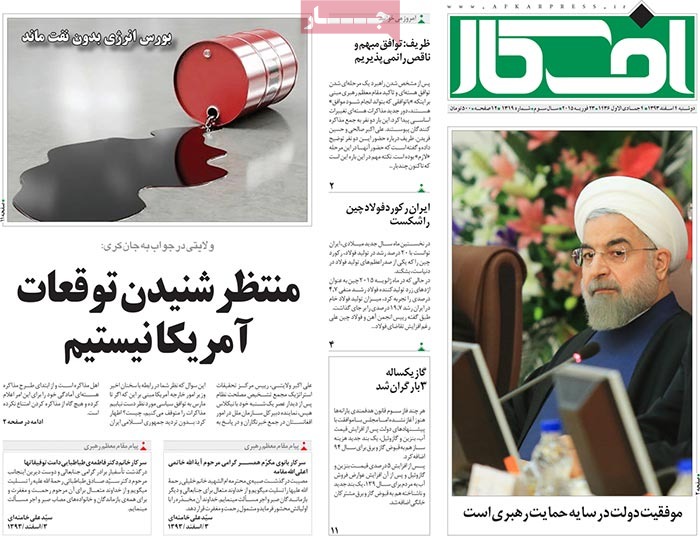 Aftab-e Yazd: Gatherings to celebrate Chaharshanbe Suri [the fire-jumping festival that falls on last Tuesday of the year] are illegal.

The commander of the prevention department of the law enforcement force said. 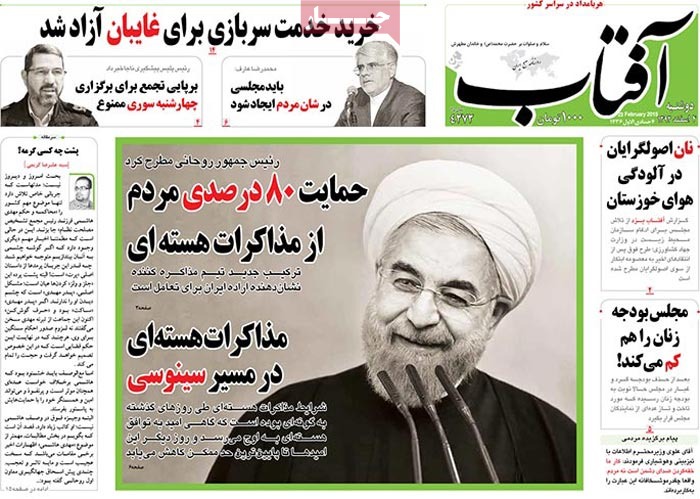 Arman-e Emrooz: “We should not allow society to be divided,” said the president.

Speaking at a gathering on resistance-based economy Hassan Rouhani further stated in every poll conducted more than 70 percent of respondents have supported the government’s nuclear approach.

Those who sell unauthorized computer games will be dealt with. 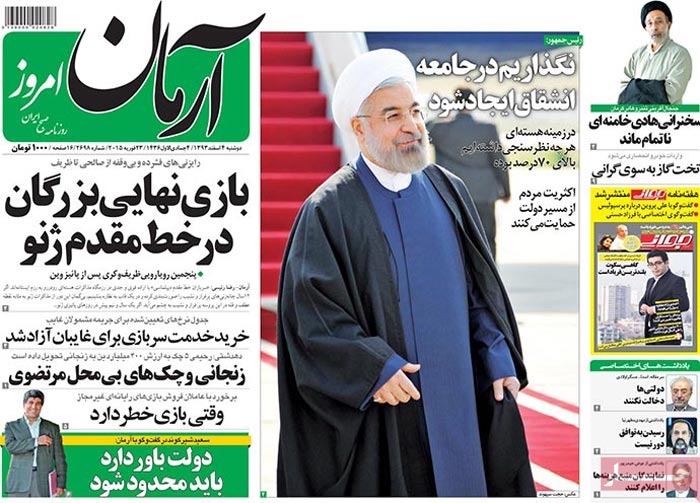 It came as Foreign Minister Zarif said that Tehran won’t accept any deal which is vague, incomplete or keeps sanctions in place.

Ebtekar: There has been an outpouring of sympathy with the family of Ayatollah Ruhollah Khatami.

Senior clerics, the chairman of the Expediency Council, the chairman and secretary of the Supreme National Security Council and the grandson of the late Imam Khomeini have all released messages of condolences following the passing of Fatemeh Khatami. 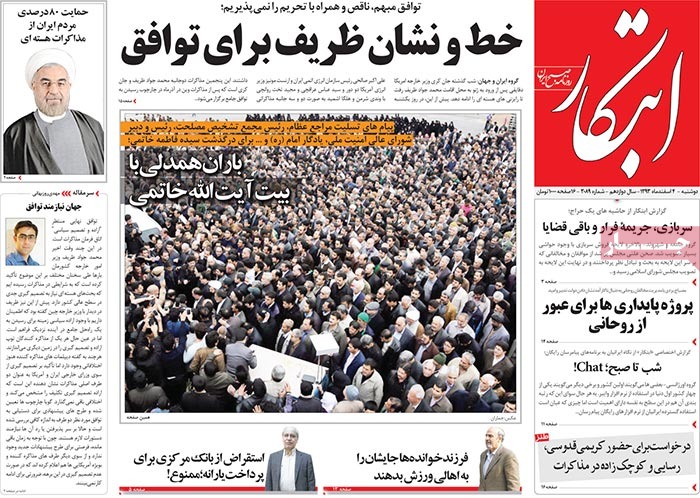 Etemad: A stern warning by Rouhani

“Let me once again tell all provincial governors, those who do not believe in what happened on June 14 [people overwhelmingly voted for Rouhani in 2013] should not hold high-level positions,” the president said. 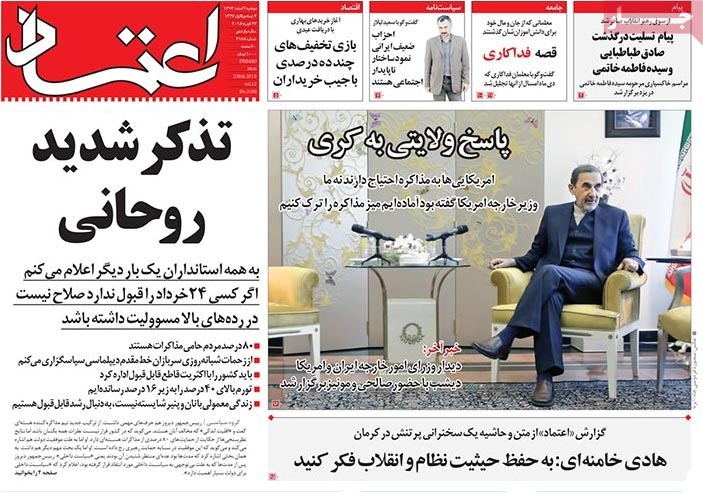 Ettela’at: There have been two explosions near the residence of the Iranian ambassador to Libya.

No one was injured in the two blasts. In other news, IS launched its first radio service in Libya and residents of Sirte fled the Libyan city as IS militants took over.

An economic adviser to the president has said that following a steep decline in oil prices, government faces a budget deficit to pay out cash subsidies. 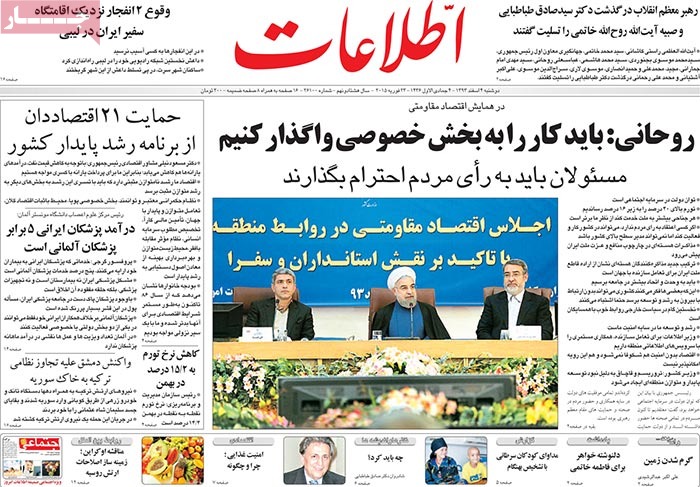 Iran: The Supreme Leader has released messages of condolences following the passing of Seyyed Sadegh Tabatabai and Fatemeh Khatami.

President Rouhani has offered condolences to [former President] Seyyed Mohammad Khatami [on the passing of his sister]. 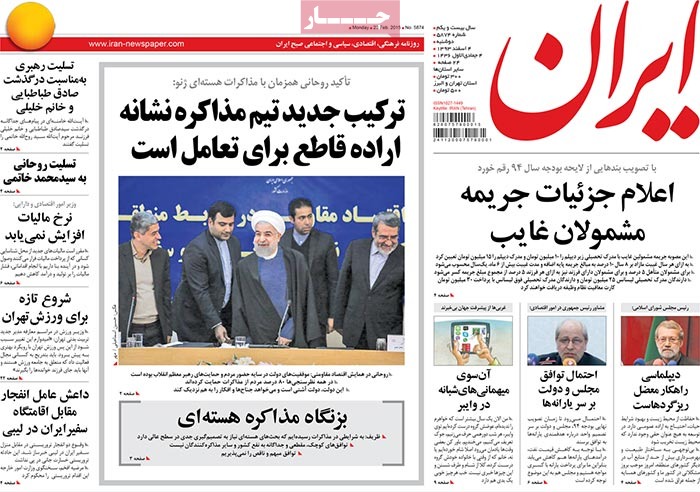 Jamejam: IS has set off a bomb outside the residence of the Iranian ambassador to Libya. 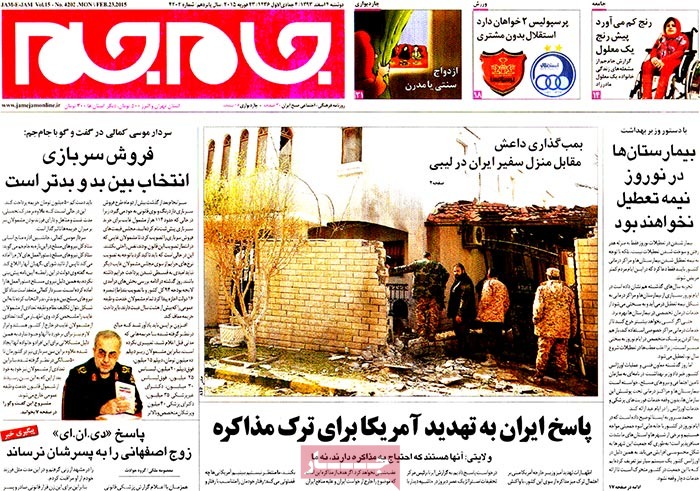 Javan: “We won’t adjust our behavior on the basis of American judgment,” said Ali Akbar Velayati, an adviser to the Supreme Leader.

His comments came after Secretary of State John Kerry said the US is ready to walk out of the talks. 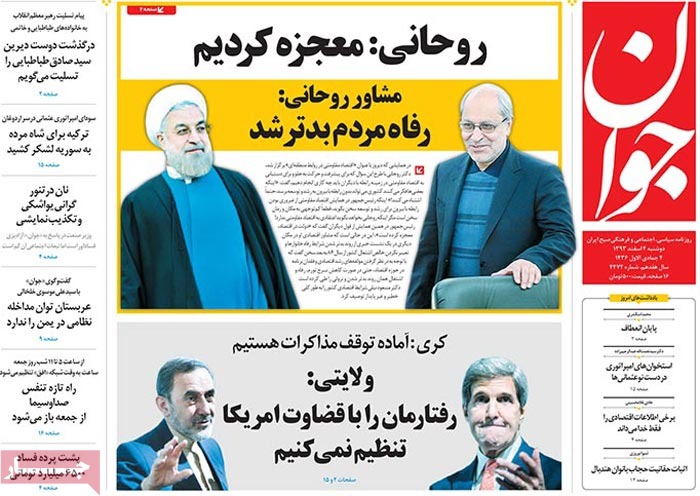 Kayhan: Parliament has voted for a motion that bans the privatization of state schools.

Kayhan: In its latest crime, the Zionist regime [of Israel] has opened the floodgates of a dam, submerging the houses of Palestinians in Gaza. 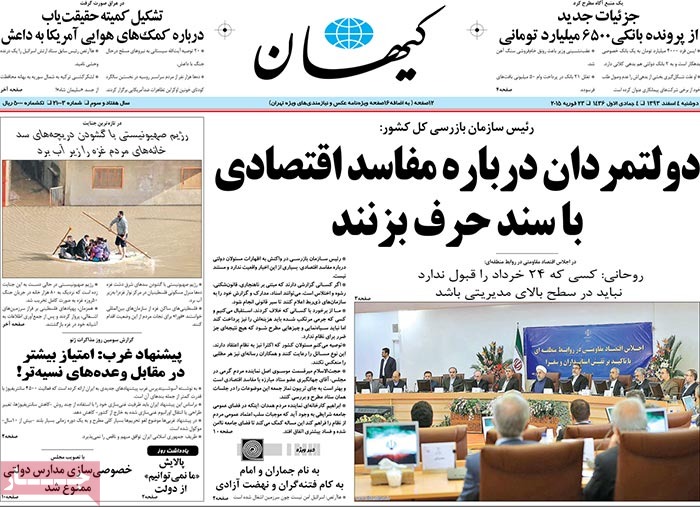 It came as an adviser to the Supreme Leader warned the West that its war of words won’t work in dealing with Iran. 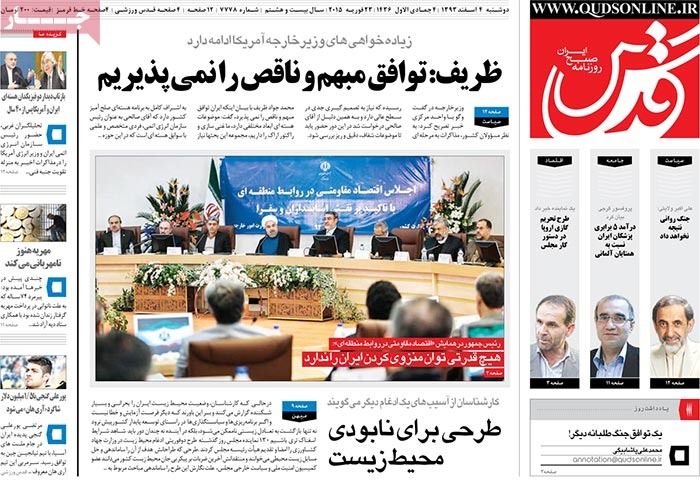 SMT: The minister of industries, mines and trade has said that mining cooperation between Iran and Russia will increase. 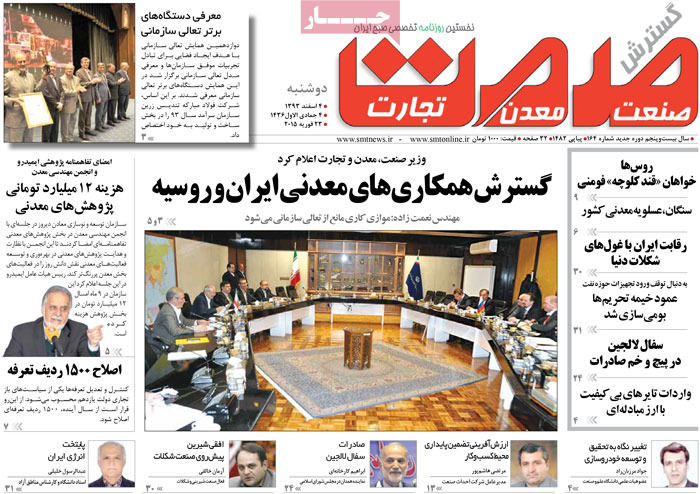 The comments by the Iranian top diplomat came after talks with his US counterpart John Kerry who said disagreements still remain. 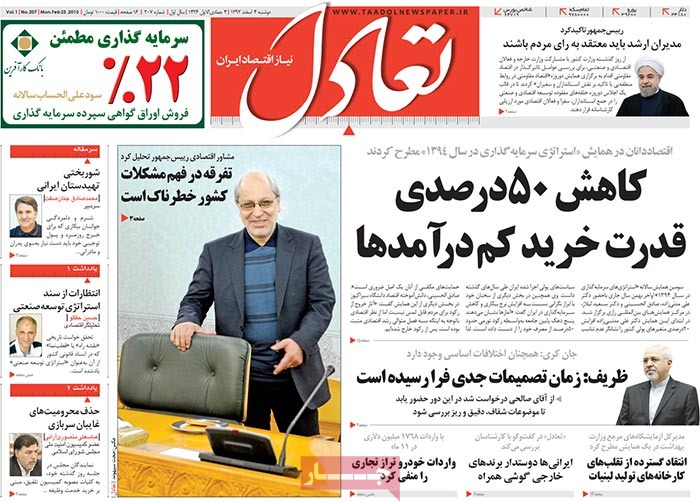