A look at Iranian newspaper front pages on Feb 22 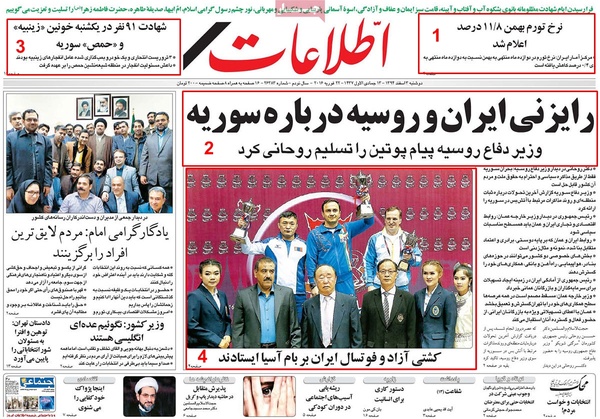 3- Moscow to Arabs: Iran is Russia’s first all 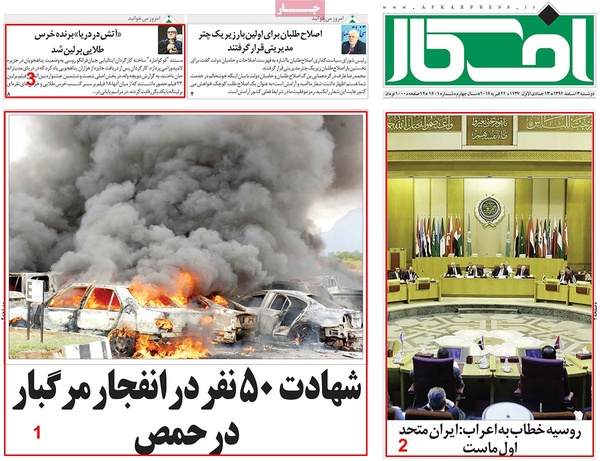 Mohammad Reza Aref demanded that all Tehrani citizens stay home on Friday so they can vote. 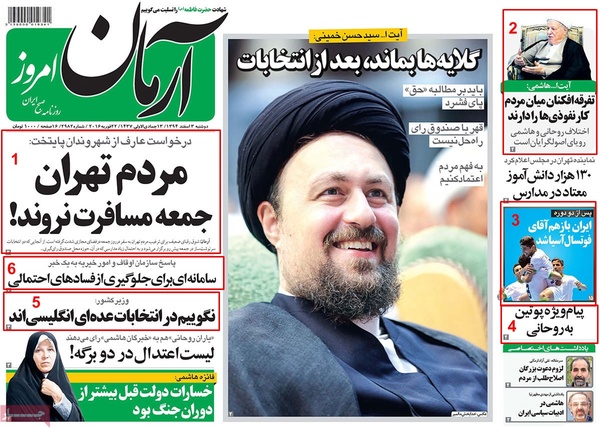 3- Hassan Khomeini: Problems can be solved by holding correct elections 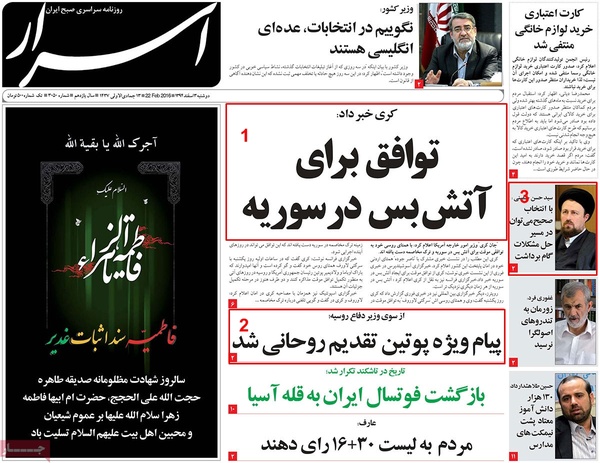 A report about emerging dust storms in southwestern Khuzestan Province

2- Rafsanjani: Feb election must be modeled on 2013 election win

A report about animal abuse in Iran which is on the limelight these days after a video went viral on social media showing a man brutally abusing a poor dog. 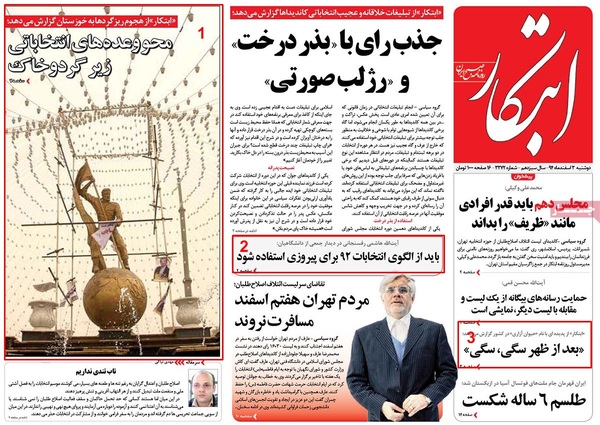 1- Hassan Khomeini: Let’s not turn our backs on ballots boxes

Hassan Khomeini, the grandson of Imam Khomeini who was disqualified to enter election campaigns to enter Assembly of Expert, urged the highest turnout in Feb 26 elections.

2- Ahwaz air no longer dusty; it is muddy 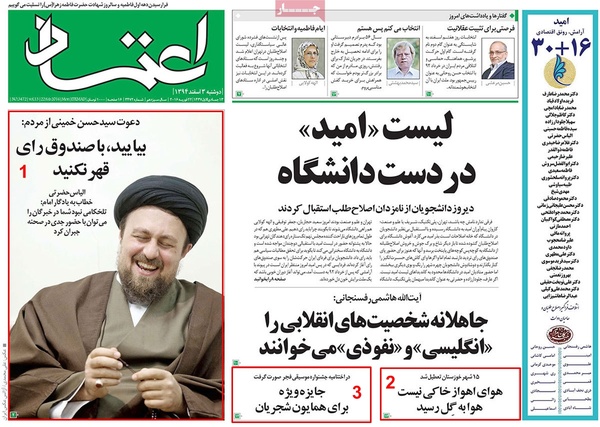 3- Culture Minister: Issues of Music House to be resolved 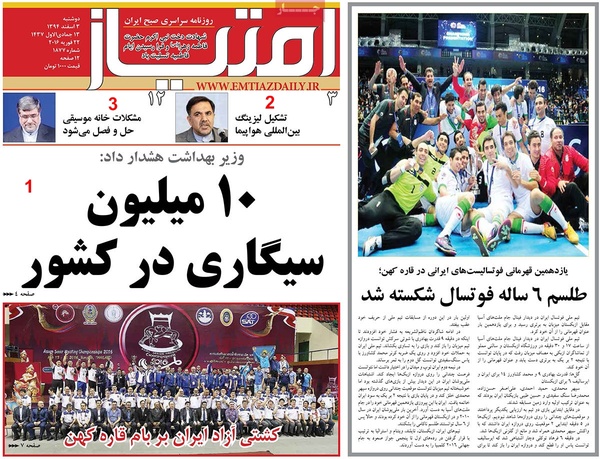 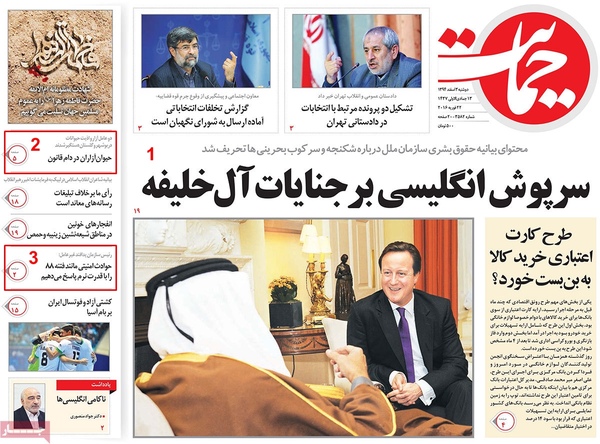 2- Sports being managed by experts under current admin 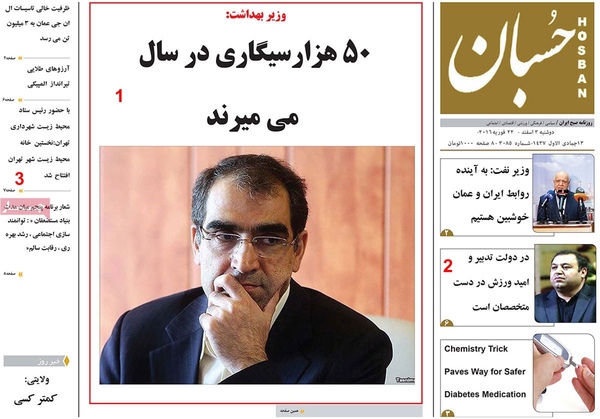 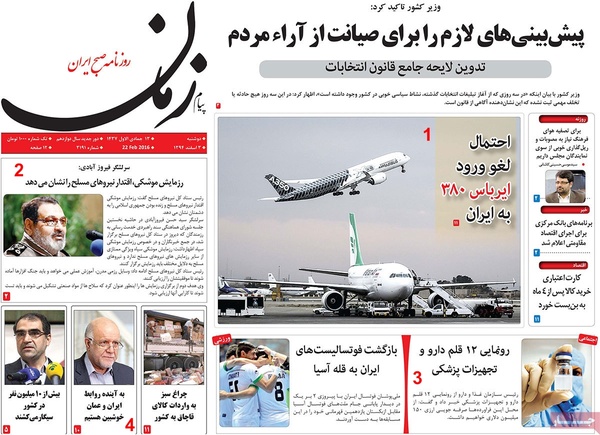 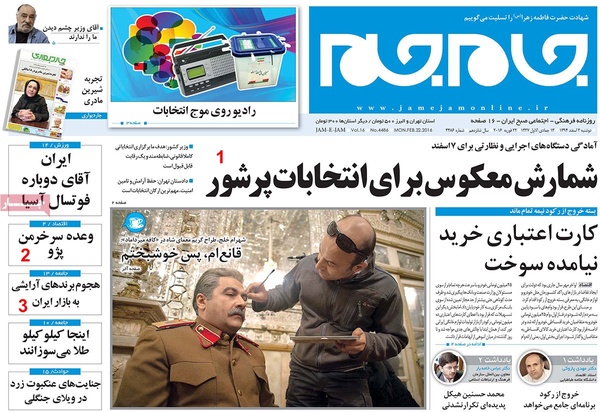 2- 2 hours of humiliation is enough

The French-made A350 plane stayed for only 2 hours in Iran before continuing in its journey to Singapore. The plane landed in Tehran for a bunch to take their photos with the plane. 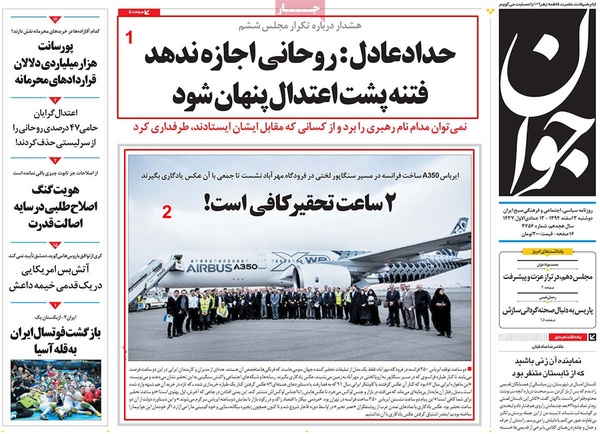 1- Rafsanjani: Stigmatizing election comes from distress; Clearly, enemies do not care about Revolution 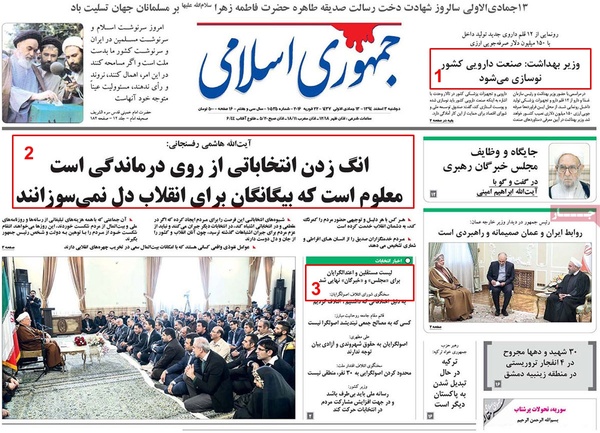 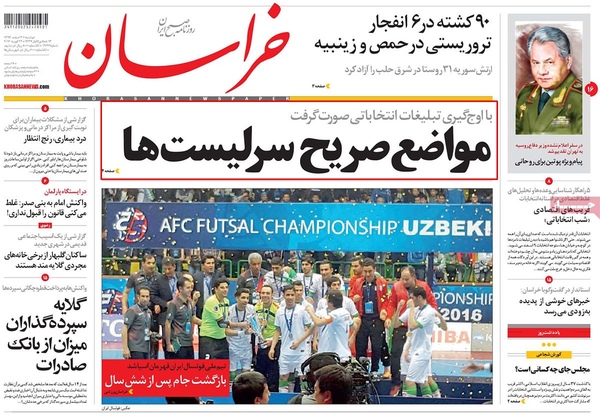 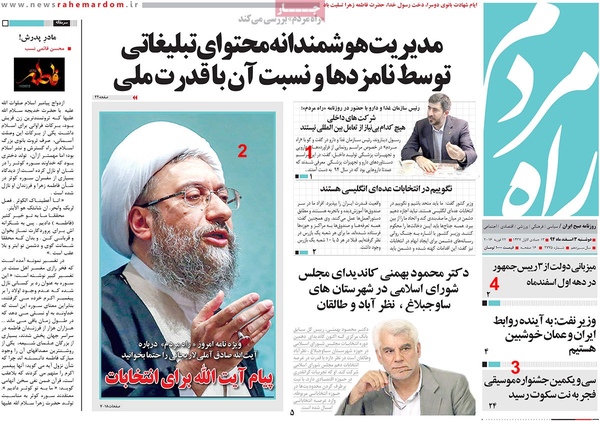 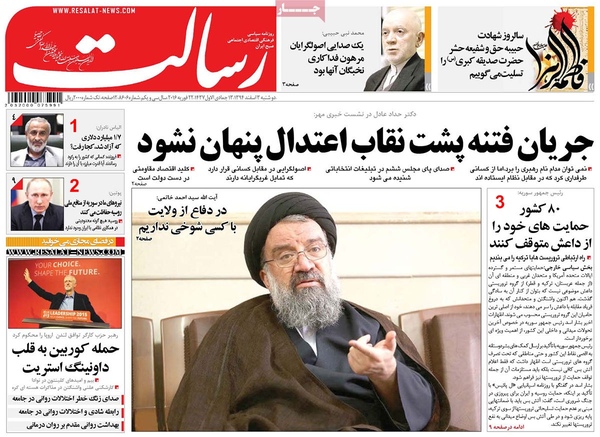 1- Parliament Speaker: Universities must not be run by petrodollars

3- Iran’s return to oil market, chance, not threat, for Russia

4- When and how to start spring house cleansing 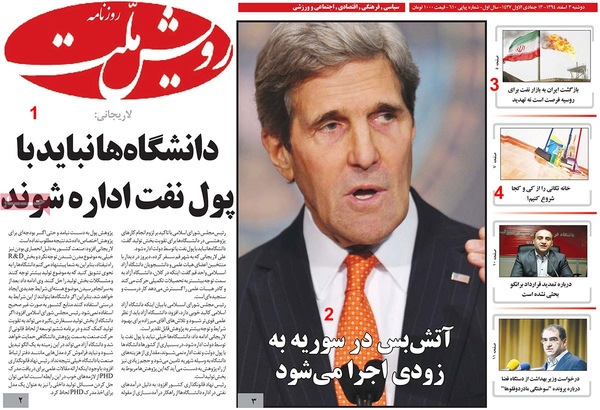 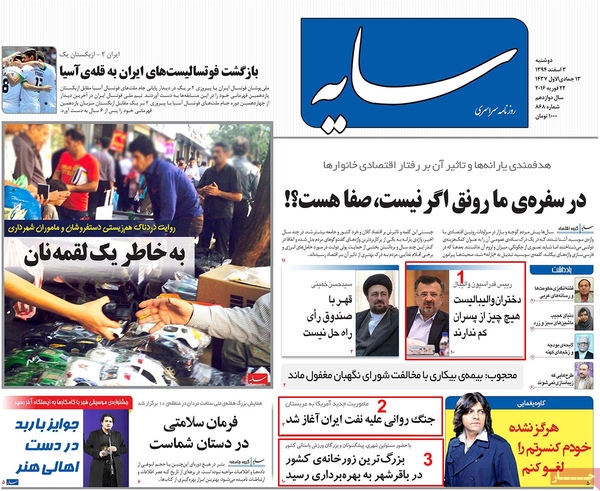 1- Khatami has inflicted misery on UK

2- Hassan Khomeini: Turning backs on ballot boxes is not the way to solve problems 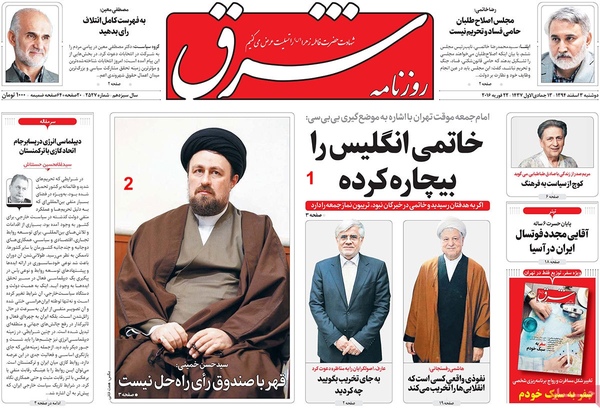 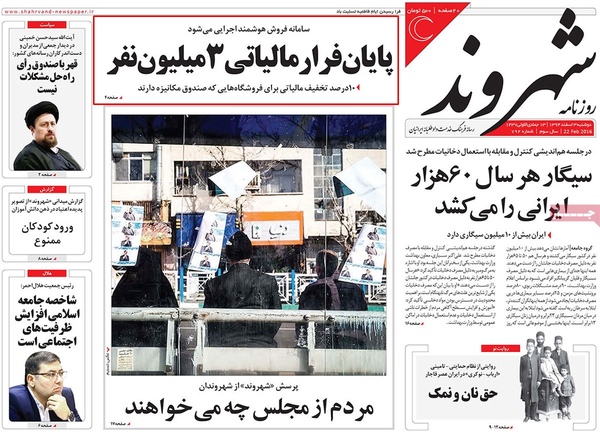 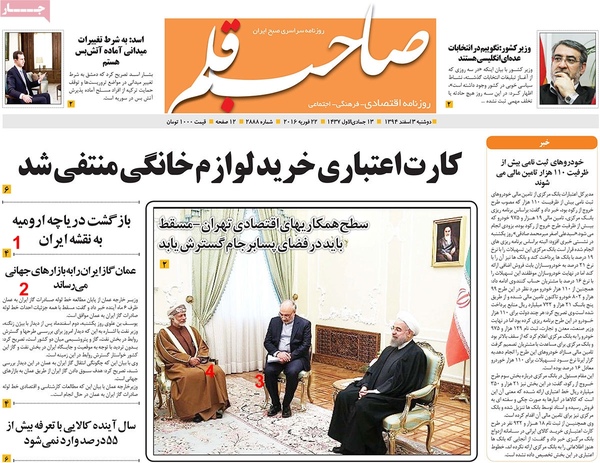 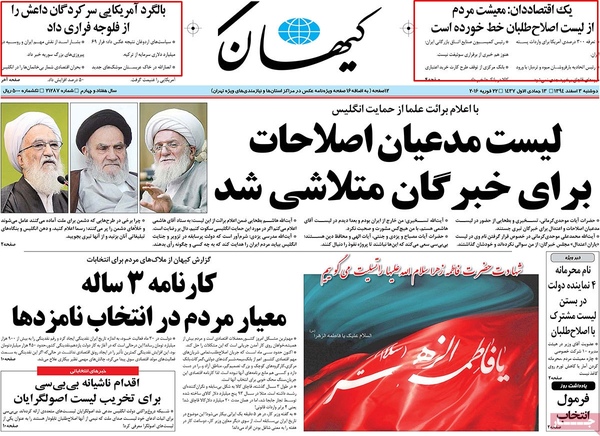